For the Contribution, we completed the experimental characterization of the previous parts (BBa_K3645011, BBa_K346085, BBa_K3578000 and BBa_K2375000) and added the data of them to the corresponding BioBricks. All of these may be helpful to other teams and we hope it will make some contribution to the iGEM community.

Cytosine base editors (CBEs) enable targeted C•G-to-T•A conversions in genomic DNA, consisting of dSpCas9, CDA, and UGI[1]. It was first registered in 2020. In order to test the editing efficiency of this composite part, we construct the dual plasmid system based on the BBa_K3645011. We selected the cadA, maeA, and maeB genes as the testing sites, and the related pTarget plasmids were constructed. Results showed that the BBa_K3645011 can successfully work in the BL21 (DE3), and the editing efficiency of single gene editing, double genes editing and triple genes editing can reach 85%, 56% and 25%, respectively (Fig. 1). These results provide references for future iGEM teams to choose gene-editing tools in E.coli. 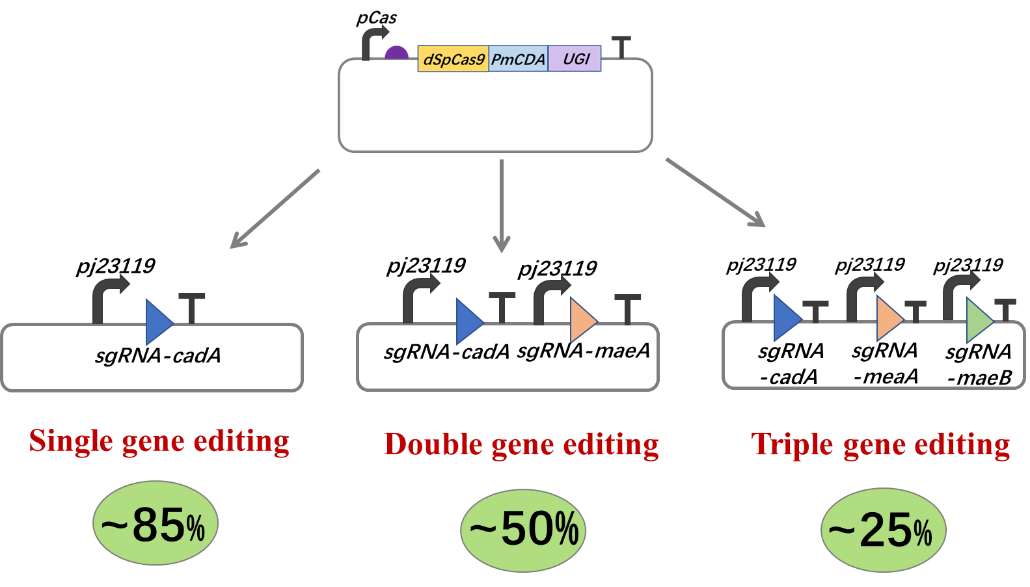 Fig. 1. The gene editing efficiency of the part of dCas9-CDA-UGI.

The intensity of T7 RNA polymerase (T7 RNAP) expression is essential to the production of the target gene on pET plasmid. In BL21 (DE3), the gene encoding the T7 RNAP is under control of the strong lacUV5 promoter (PlacUV5), which is leakier and strong[2]. These characteristics are not advantageous for the production of those recombinant proteins with toxic or growth-burdened. While our project was focused on the translational level of T7 RNAP, we were also paying attention to the transcription level of T7 RNAP.

Fig 2. A. The fluorescence diagram of BL21 (DE3)-tet with or without inducer. B. Fluorescence intensity of different strains containing pET-eGFP plasmid. C. The expression of Ecb and Yidc under different inducer concentrations at 36 h

PEXP is an endogenous promoter in Yarrowia lipolytica, which was first registered in 2020. In order to characterize the activity and strength of promoter PEXP, we use the Nluc analysis by constructing the recombinant plasmid pYXLP’-PEXP-Nluc. The constructed recombinant plasmid pYXLP’-PEXP-Nluc was further transformed into Y. lipolytica po1f. Next, we performed the shaking flask to test the Nanoluc luciferase analysis. The experimental result showed a clear fluorescent signal (Fig. 3), demonstrating that the promoter PEXP was able to drive gene transcription in Y. lipolytica and it can be considered as a moderately strong promoter. These results provide references for future iGEM team to select promoters.

Fig. 3. A. The cell growth of strain po1f-PEXP-Nluc P. B. Nanoluc luciferase was used to quantify the strength of promoter PEXP

The purA gene was registered in 2017 as BBa_K2375000. The purA is the critical gene in the purine metabolism in E.coli, which can impact the protein biosynthesis[3]. Using our enzyme-constrained model, it is predicted that reduced purA expression is beneficial to improve the production of antimicrobial peptides (AMPs). Here, we characterized the effect of purA on cell growth and production of AMPs (Fig.4). We deleted the purA gene from the genome of BL21 (DE3), yielding the strain of △purA. Compared with the BL21(DE3), △purA showed a better growth. Moreover, the production of SFa and SMAP was increased by 150% and 63% than that of BL21 (DE3). These results provide references for future iGEM team to enhance the production of AMPs or hard-to-express proteins.