With the rapid development of biotechnology in recent years, many striking research results have continued to blossom across a multitude of fields. However, advancements made in the field of biosecurity have been lagging behind the progress. Many well-known national and international organizations have been making consistent efforts on this. In the summer of 2020, The Tianjin Biosecurity Guidelines for Codes of Conduct for Scientists, published by Tianjin University attracted our attention. It tried to create an internationally coordinated biological prevention system and a more comprehensive risk management mechanism. We wanted to continue the vision of the Tianjin Guidelines through our proposal, providing views as new generation high school students for the country's biosafety construction. When we were making improvements to the proposal, we coincidentally discovered that the Chinese authority had also made recent emphasis on the need to strengthen the national biosafety risk prevention and control system as well as making improvements on national biosafety governance capabilities. This undoubtedly made us even more committed to doing work related to biosafety. We sincerely hope that our legal proposal could play a part in strengthening the country’s biosecurity regulation as well as helping to promote a globally coordinated biosafety construction. 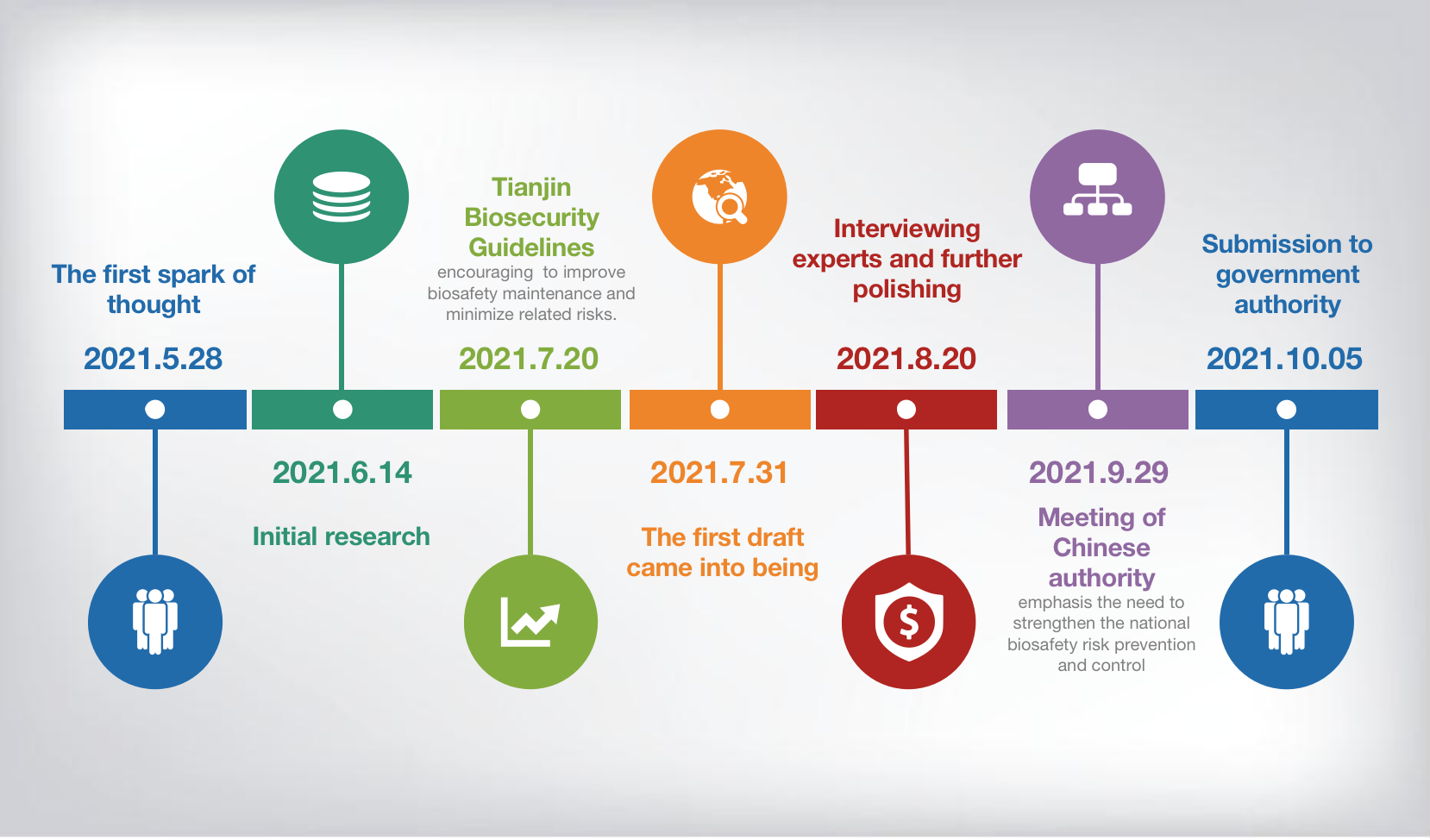 Through the questionnaire we issued, we found that students knew little about biosafety. In the question of evaluating their understanding of biosafety on a scale of 0-4, we got an average score of 1.63 for those under the age of 18. At the same time, a large proportion of people were not aware of biosafety laws, and these people also had a relatively high level of mistrust of synthetic biology products. So we suspected that this lack of understanding of the safeguards has led to their resistance to gene-editing products.

All the laws above contained points that we could use to optimize our government's current. So we decided to play our part in providing the general public with a broader view to ensure biosafety, to make suggestions for the current biosafety law through a more comprehensive prevention, control, and tracking system. We hoped that through these efforts, the path of aiding synbio applications to transcend laboratory restrictions could be further paved. 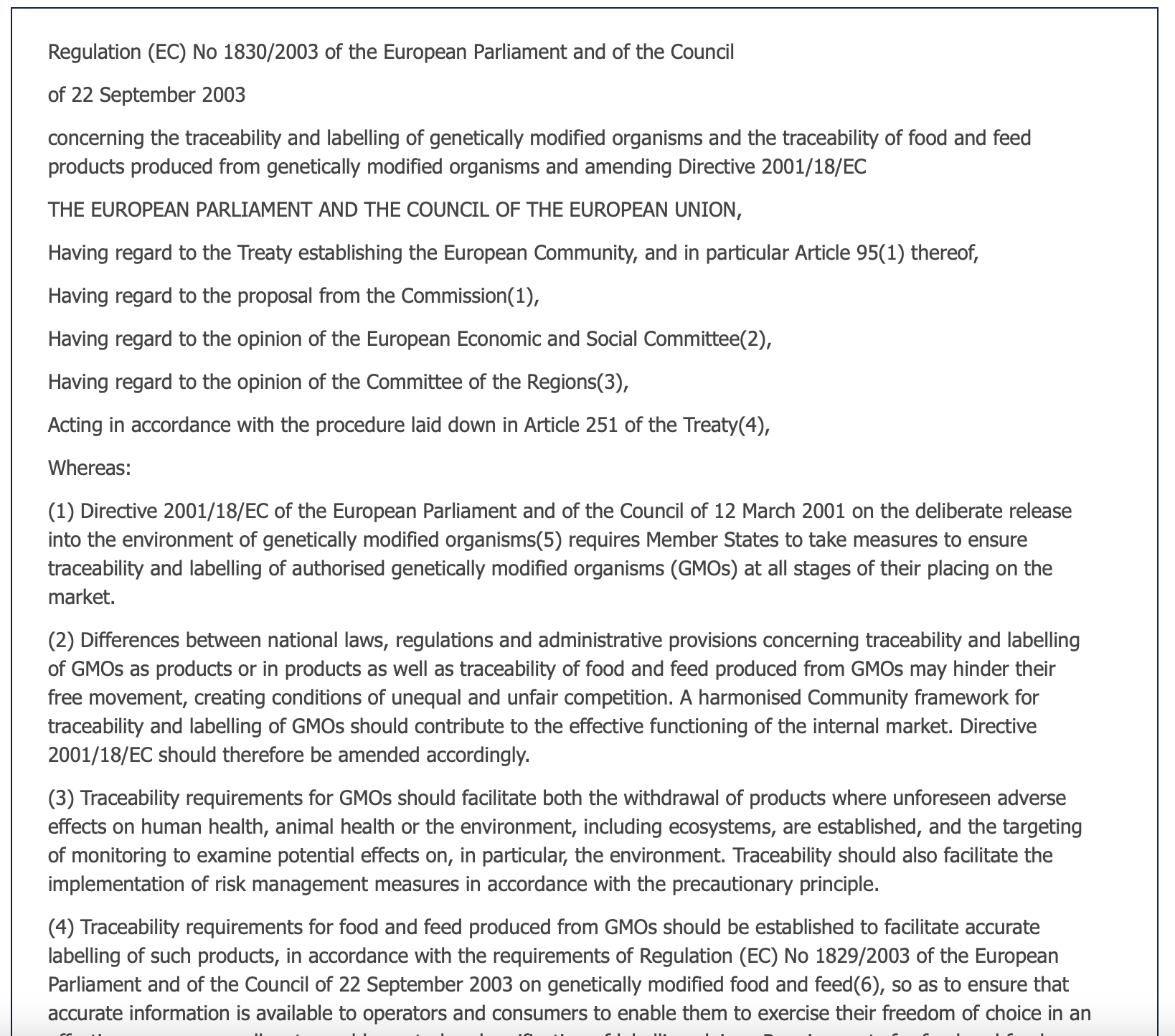 At this time, we have noticed The Tianjin Guidelines for Biosafety Codes of Conduct for Scientists, which were jointly developed by scientists from Tianjin University and Johns Hopkins University. The guiding principles and standards of conduct set out therein are fundamental and intrinsically adapted to different contexts and can therefore be used to develop new versions of or to enhance, supplement and update existing biosafety regulations. It can be used to fill the blanks in biosafety governance at national and institutional levels.

Figure 2. The copy of "The Tianjin Guidelines for Biosafety Codes of Conduct for Scientists"

In short, we believe that national biosafety progress can be promoted by providing suggestions and improving biosafety-related legislation from a legal perspective. To learn more about biosafety legislation and determine the direction of further research in order to realize our goal, we interviewed Mr. Liang Yang, a professional in the legal field. Mr. Liang Yang gave suggestions on whether it could be improved, how it could be optimized, and how we could implement it. Mr. Liang Yang believes that biosafety law involves several fields, among which pathogen and microbiology laboratory management are related to our project. He also mentioned that the current laboratory management regulations are more embodied in procedural norms, which are not fully prepared for experimental leakage. In our project, microbial traceability mechanism and suicide switch are added, bettering the prevention of biological leakage. After that, we can try to contact the deputies of local people's congresses to submit relevant suggestions, or visit and investigate relevant government agencies, such as the Ministry of Agriculture, the Ministry of Intellectual Property rights, and the National Health Commission. 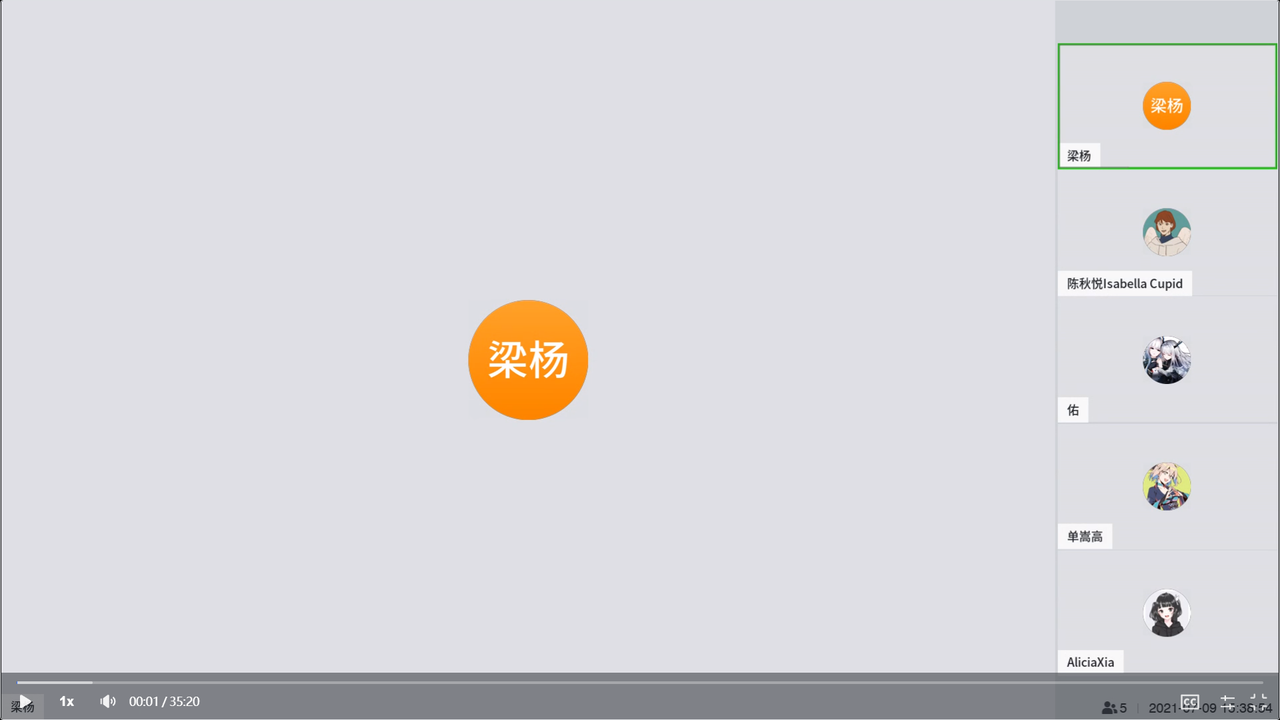 After that, we began to write the first draft of the proposal. According to the laws and regulations we have read, we divided the proposal into four parts, including the introduction, the proposal on the revision of the Biosafety Law of the People's Republic of China, the social significance of the proposal, and citation. The proposed revision of the Biosafety Law of the People's Republic of China will be elaborated from three aspects: prevention and control mechanism, traceability mechanism and education. In the introduction, we first emphasized the importance of improving biosafety and mentioned the preventive measures we found to be effective. In the second part, we first elaborated the prevention and control mechanism and proposed the approval system and biosafety incident response system. Secondly, we elaborate the tracing and tracing mechanism, and put forward the tracing and tracing mechanism of special biological factors and biosafety events. In the third part, we describe the improvement of education, introduce the existing education plan, how to popularize biosafety education in primary and secondary schools, universities and graduate schools, and the construction of biological talent teams.

During the process of editing, we continuously asked advice from specialists from different fields. We represented our first draft to Mr. Liang Yang, who is a specilist majoring in Bio-Law field. He suggested that we should refine the details to make the proposal more comprehensive to the law. At the same time, we should pay attention to the wording and reduce some of the more sharp expressions, adjusting our attitude. Mr. Liang Yang also thought that in terms of prevention and control mechanism, we should understand some existing approval systems and then put forward suggestions to improve them. In terms of education, putting forward more practical suggestions based on the primary version, such as transferring the educational activities originally designed for primary and secondary students to higher age groups. 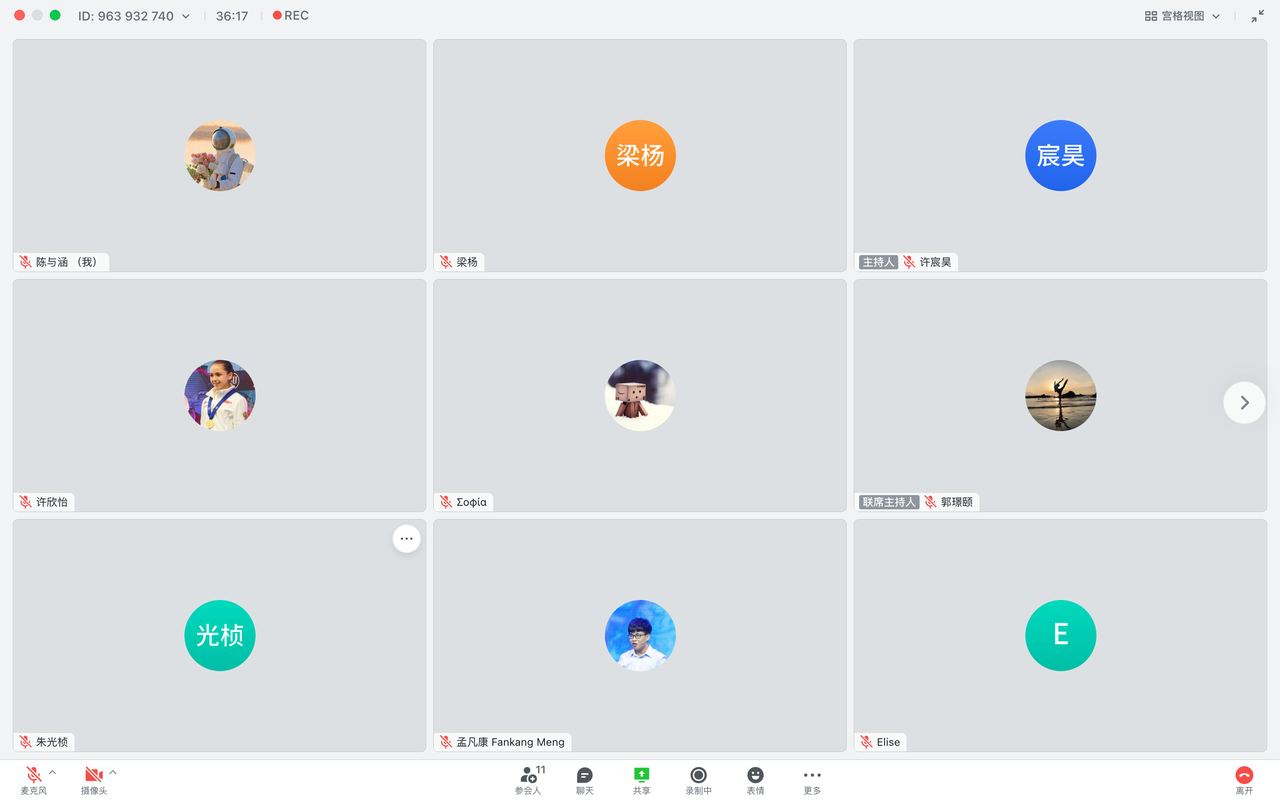 Based on Mr.Liang's suggestions, we carefully considered some words and modified them appropriately. Also we should set the target of making recommendations for the law instead of pointing out its flaws. For the areas that were pointed out as unreasonable, we searched for more information and made further enhancements to the recommendations.

After participating in CCIC (Central China iGEMers' Consortium), we met Dr. Bao Yokhan, a biosafety major of Tsinghua University. He was very interested in our project and gave us helpful suggestions. He first expressed his approval of our idea and gave us some valuable advice. He gave us a new perspective from the point of view of operability. Because of the complicated operation of the government's examination and approval and investigation agencies, it was difficult to implement according to our proposal. Plus, government laws did not need to be very detailed. Based on that fact, he adviced us to sent the detailed version to the Health Commission, the Ministry of Education, the Association for Science and Technology and other lower-level organizations. At the same time we needed to consider the cost, cutting out the redundant parts.

Based on his suggestions, we shifted the implementation of many legal suggestions from the government to its subordinate departments, such as the Health Commission, the Ministry of Education and so on. Meanwhile, we simplified some of the tedious steps and only kept the essential part. In addition, some difficult provisions will be implemented. For example, 'every biosafety incident needs to be rated by different ranks', which had a relative high time cost, so we changed it into 'every major biosafety incident'.

The final version of our proposal

Ultimately, we were satisfied with the final version of the proposal, thinking how to play its practical role in our country.

Our country recently emphasized the need to strengthen the national biosafety risk prevention and control and governance system, and improve the country’s biosafety governance capabilities. “Biosafety is about people’s lives and health, the country’s long-term stability, and the sustainable development of the Chinese nation. It is an important part of the country’s overall security. In addition, it is also an important force that influences and even reshapes the world structure." "We must improve the biosafety governance mechanism of party committee leadership, government responsibility, social coordination, public participation, and legal protection, strengthening the coordination mechanism of biosafety work at all levels. We must start from Legislation, law enforcement, judicature, popularization of law, and observance of the law to improve the national biosafety regulations system and institutional guarantee system. Besides, we also need to promote the publicity and education of biosafety laws and biosafety knowledge, raising the awareness of biosafety risk prevention in the whole society." Through this speech , We were more aware of the current national society’s demand for biosafety laws and related measures.

Therefore, in order to make our idea really play a role in the legal community, we submitted the proposal to an experienced researcher in biosafety in Yuanwang Think Tank and asked for his opinions and suggestions. He gave high evaluation to our proposal, believing that we put forward very good suggestions based on the Biosafety Law. Therefore, he suggested that we should communicate with more professional legal and policy personnel in the future, and submit our proposals as youth representatives to offer reasonable suggestions for national policies and promote the improvement of national biosafety governance, which also is the things that we consider to engage in the future.

In general, our Legal proposal of the Biosafety is aimed at improving the relevant issues from three aspects: prevention and control of relevant technologies, tracking after escape and public education. In the future, we hope that our proposal will serve as a reference for the improvement of national policies and promote the improvement of national biosafety governance.