Overview: one of the major goals of NDNF_China was to create a platform that could support functioning of bacterial strains while effectively preventing their leakage. Yet during testing of the initial design, quite a few setbacks arose. We subsequently made adjustments to our methods and eventually came up with hydrogel systems that met our objective and even exceeded some of our expectations.

The initial design of the hydrogel system included two layers, namely the inner alginate core and the tough outer shell.

The alginate core contains nutrients for bacterial growth and survival, and also provides an environment that supports their function, whilst the tough hydrogel coating with a limited pore size (5~50 nanometres) is permeable to small molecules, and highly resilient to outer pressure.

The outer shell combines a polyacrylamide network with an alginate network using covalent crosslink. During stretching, the former serves as a stretchy basis, while the latter unzips the ionic bonds between its chains.

Manufacturing the alginate cores and the shell.

The bead was made according to methods used in the original literature[1].

During our actual process of hygrogel making, not all intended functions materialised as anticipated:

Using the original preparation method in literature, the tensile strength of the outer coating was far from meeting our expectations.

Its brittleness meant that once coated, it would become easily detached and could be peeled from the core without much effort.

*Note: We are well aware that it is prominent to wear gloves at all times. In explanation to why none were worn in this particular video, please refer to our safety webpage.

Another problem we encountered was the inability of the shell to enclose strains. Leakage of the strains would occur as if there were no external layer.

With reference to the original literature, we dribbled a pre-gel solution of the shell onto parafilm, where they could be subsequently coated onto the core by rolling with a pair of 200ul pipette heads. Yet only a single bead could be made per batch, which was an extreme waste of time. We were deeply set back by the tedious process and later came to a conclusion that this was going to be a large limiting factor on the number of hydrogels that could be produced per day.

Later, when we were reviewing the literature article, we came over an experiment displaying toxicity effect of the crosslinking solutions on cell viability, and took this into consideration.

After discovering that a major component of the hydrogel --- acrylamide was also highly toxic, and could seriously damage survival of the strains, we further realised the solemnness of the situation.

Especially for a lot of engineered strains that are able to carry out their functions better at denser bacterial populations, such as the one we came over during our partnership activities during human practice, this was a problem that demanded an urgent solution.

Taking all of the above into consideration, we set foot on a trail to optimize current methods, including making adjustments to the preparation process and the formulation of the hydrogel shell. Through exchanging information with authors of the original literature, continuing to research more information from other articles, and some creative thinking, we were finally able to use results from our tests to optimize production of the hydrogel system.


Properties of the shell

From previous results, we discovered there still existed a huge room of improvement for toughness of the shell. After contacting the original authors via email, we discovered that we omitted a necessary component from the crosslinking solution--- calcium ions, which are responsible for ionically crosslinking the alginate chains. After more research from diverse articles[2-3], we included calcium ions into our formulation for the MES crosslinking solution. This successfully resulted in producing shells of desired toughness.

*Note: We are well aware that it is prominent to wear gloves at all times. In explanation to why none were worn in this particular video, please refer to our safety webpage.

Consulting the authors on our previous failure in enclosing strains, as well as extending our research to other sources revealed three factors that were the determinants of biocontainment efficiency.

1. Whether there were bubbles in the shell:

Degassing the mixture thoroughly was crucial towards preventing formation of air bubbles. Yet the extent of gas removal that was needed could hardly be achieved by equipment we previously used, leaving us with mixtures that were incompletely degassed. Another problem with using vacuum degassers was that the process took a long time and was inefficient. Although a vacuum degasser that could meet the stringent requirements was recommended by the authors, it was inaccessible, as purchasing equipment of that standard was not possible. Eventually, we turned our attention towards ultrasonic degassing as an alternative, as it was efficient to operate and less demanding on the equipment itself, being able to degas the pre-gel mixture within seconds. We were thus able to thoroughly degas the pre-gel mixture at a relatively fast speed.

2. Whether the shell had been evenly coated

During manual coating, the hydrogel core could be susceptible to being unevenly covered. In areas where coating was thin or had no coating, leakage of strains would occur.

3. The thickness of the outer shell layer

The authors highly suggested that we increase the layers of coating to make it thicker so that even coating could be ensured, and thus could effectively prevent leakage of the strains.

*Note：The latter two factors were resolved alongside our optimization of the preparation process which will be introduced in the section below.

Previous trials in making hydrogels turned out to be time and effort demanding, as a lot of effort was needed in maintaining an even coating and spherical shape of the bead. Yet, this largely restricted the possibility of Hidro to achieve intended functions. We started to look for methods that were less labourious but at the same time did not incur too much cost.

Techniques applied in cooking spurred our thinking: We borrowed a method commonly used in mousse making--- sealing centres into the mousse mixture. After getting hold of appropriately sized moulds, we imitated the process by preloading the mould with mixtures of the outer shell using syringes, then carefully placing and centering the cores with tweezers. This successfully produced evenly coated hydrogels with suitable shell-thickness, significantly improving on both the quality of beads made and speed of the process. Adjusting the size of cores and moulds provided means for us to further control thickness of the shell.

For details of this process please visit protocols.

On increasing survival rate of enclosed strains, we reduced the soaking time of beads in the crosslinking solution from 3 hours to around an hour.

After further research, we also decided to decrease the ratio of acrylamide to N-methylenebiscrylamide. This encouraged crosslinking of polyacrylamide as well as increasing the rate of reaction, which reduced contact time of microbes with the toxic acrylamide and therefore considerably lowered toxicity effects on microbes enclosed within the core. Please visit our proof of concept webpage for details.

In the end, after a full engineering cycle, we succeeded in producing hydrogel systems that could prevent escape of strains, had low toxicity and could be manufactured in batch at high efficiency.

The hydrogels eventually produced had tough and tensile shells and ensured low escape frequency (Figure 2). Meanwhile, the improved shell formulation was less harmful towards the strains enclosed within.

Figure 2: Hydrogels that could effectively contain strains were produced.

Table 1: Optimized composition of the components used to make the outer shell

In summary: a key property of the Hidro system is the ability to achieve 'passive suicide': once escape is confirmed by CRISPR-Cas12a, staff can actively spray the inducer to induce microbes to produce toxic proteins to achieve suicide. After we completed the initial version of the design, we found many problems during testing. We then optimized the toxin selection and gene expression level of the kill switch system to finally achieve our goal.

In the initial design, the main parts of the kill switch are: 1. a user-customizable inducible promoter, such as arabinose promoter; and 2. a toxin gene.

The kill switch will eventually be integrated into the genome using the CRISPR-Cas9 system, thus maintaining the stability of the suicide genetic circuit. The genetic circuits design is shown in the following diagram. 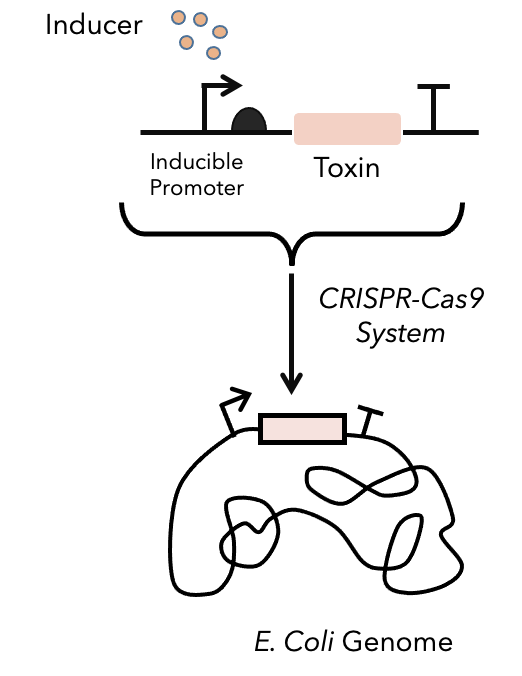 Figure 3: The design scheme of the kill switch in Hidro system.

In our testing, we found the following problem: we found a large number of mutations in the translation start region of the toxin gene in the sequencing results, which led to the failure of the killing effect of the toxin. 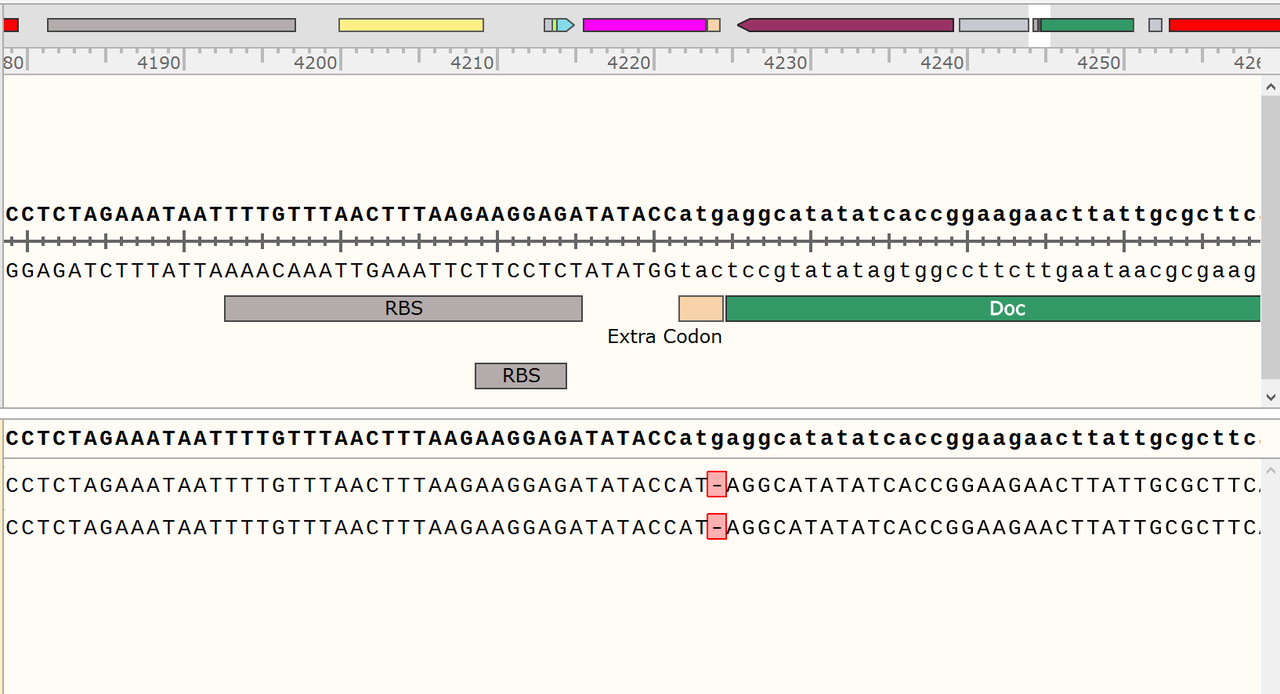 Figure 4: Mutations were found in the translation start region of the toxin gene.

Based on the results obtained in the test, we realized that the leakage of toxic protein expression caused by high-copy plasmids or arabinose promoter can cause bacterial growth restriction or death, thus affecting the effectiveness of plasmid assembly and genome engineering.

To find the appropriate expression strategies of the toxic protein, the following optimization design was carried out.

1. Changing plasmids with different copy numbers: the expression of leaked toxic proteins is reduced by tuning the plasmid copy number. We chose to convert the replication origin from the original CoE1 (several hundred copies) to p15A with only about 20-50 copies.

Step 1: Determine the strength of the original RBS

3. Different toxin genes with different killing mechanisms were chosen to find suitable candidates : Doc, Colicin and Kid were selected and tested for their killing effect in E. coli.

After changing the plasmids and the toxin gene, we found that the Kid toxin protein expressed on the mid-copy plasmid was successfully integrated into the genome and could achieve effective killing of bacteria. 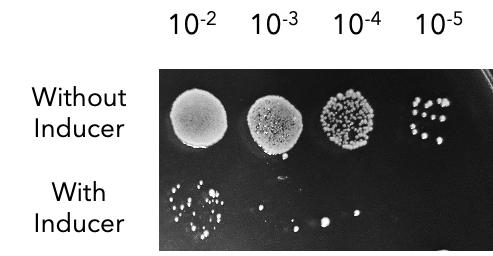 Figure 5: The viability of E. coli with the Kid kill switch with or withour L-arabinose inducer.