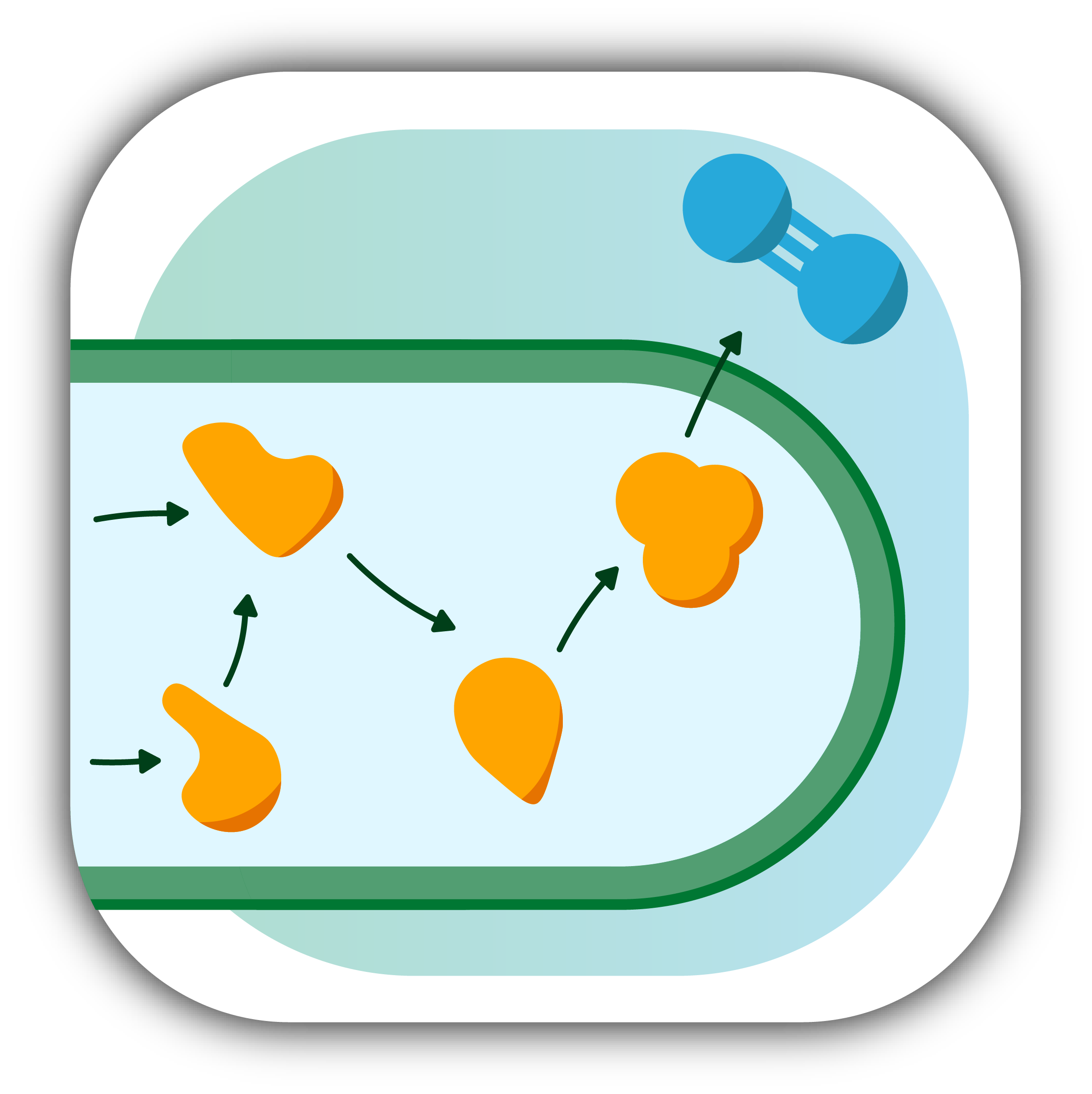 Here you can find the notebooks from Anemoon.


I tried automatic gap-filling on the P. denitrificans GSMM (which failed) and started the manual gap-filling process. I also started working on the particle scale of the biofilter model.


I finished the bases of the biofilter model (one model combining the three different scales).


I prepared the P. denitrificans and M. capsulatus GSMMs for community FBA (cFBA) and performed cFBA with SteadyCom (in Matlab). I also incorporated a sensitivity analysis: the model now determined biofilter productivity and efficiency

Amplified Pseudomonas aeruginosa nirM & nirC from the genome. Ligated it in pSB1C3 and transformed into Escherichia coli. Screened colonies with colPCR.


Amplified Pseudomonas stutzeri norC,B,D & nirK,V from the genome. Ligated it in pSB1C3 and transformed into E. coli. Screened colonies with colPCR and sent selected colonies for sequencing: all correct.
P. aeruginosa nirS,M,C,F,D,L,G,H,J,E,N & nirO & norB,D were amplified from pSB1C3 for operons in pSEVA.

P. aeruginosa nirP was amplified from pSB1C3 for operons in pSEVA.
Amplified the suspected P. aeruginosa nirFDLG & nirHJEN and P. stutzeri nirFDGL & nirQOP operons from the new minipreps to send PCR amplification of the operons for sequencing. nirHJEN seemed to be missing in the colony.
Ligated P. aeruginosa nirS,M,C & nirQ,O,P & nirH,J,E,N & norC,B,D and P. stutzeri nirS,T,B,M,C & nirH,J,E,N & nirK,V & norC,B,D with pSEVAb-65 (nirS+ or nirKV and nor) or pSEVA-22 (nir heme); and checked whether the ligation was correct by PCR amplification and agarose gel electrophoresis. All but both nor operons gave a band in the correct size. The bands were cut out of the agarose gel and used in a new ligation with the pSEVA backbones,
Did first preliminary test with SNP and nitrite assay to see whether nitric oxide is detected and how much is released: it is detected, however, I need a better standard curve of sodium nitrite next time.


Sent the amplifications of the operons for sequencing
The checked and gel cut ligations were transformed in E. coli. The colonies were screened and only for P. aeruginosa nirQOP and nirSMC positive colonies were found and send for sequencing: both showed that the sequences were not complete for these operons. A very often occuring band size was present for nirKV which was smaller than both subunits but bigger than only one. Therefore, dna of such a colony was send for sequencing: instead of nirKV it contained a lysine specific E. coli permease. So, I decided to reamplify nirK,V from pSB1C3.
New ligation of P. aeruginosa norCBD & nirHJEN and P. stutzeri norCBD & nirSTBMC was performed and checked with PCR amplification. All but nirSTBMC contained the right size band and were transformed directly in P. putida. A new ligation and check were performed for nirSTBMC as I discovered I had used the wrong dilutions before; this time the right size band was present.
The amplification of both nirFDLG and the P. stutzeri nirQOP PCR amplification showed that nirQOP was correct except for one point mutation; and that the new minipreps made in week 8 for P. aeruginosa and P. stutzeri were switched (confirmed via Blast). Therefore, they were once more miniprepped and sequenced with the correct primers. The P. stutzeri nirFDLG was correct except nirD was missing and a curcuma gene from Maria was there. P. aeruginosa nirFDLG quality was too bad to be sure.


• This week I was on holiday


• This week I was on holiday

From the transformed colonies from week 10, only norCBD colonies grew. Screening showed that they did not contain the full operon.
I found that nirE is not essential in P. putida. Because of this and the difficulties in cloning, I decided to no longer add this subunit in the heme operons. Therefore, I reamplified the nirN to get the right ends for this approach.
From both strains, norCBD and nirHJN were newly ligated. Also, the nirKV with newly amplified subunits.


I checked the ligation of week 13, and found only nirHJEN (2x) and nirKV contained the right bands. These ligations were used to transform P. putida (nirHJN) or E. coli. No positive colonies were detected for nirKV.
A new ligation was attempted with earlier checked ligations of NirSMC, nirSTBMC, and nirQOP from P. aeruginosa. They were screened in week 15, and none of the colonies were positive.
The P. stutzeri nirXDLG plasmid was used to amplify the nirDLG part; so the ligation could go from a four to 2 piece ligation.


From this week on I started with a new cloning strategy. The Golden Gate Assembly was not too successful, and I decided with my supervisors to try overlap extesion PCR for the cargo of the plasmids. The PCR product would be ligated in the plasmid backbone via Golden Gate.
Tested the release of nitric oxide from SNP (this time with standard curve nitrite) and the stability of nitrite in the incubator with the nitrite Assay.
Pieces of the P. stutzeri nirQOP were amplified to remove the point mutation.
Performed toxicity analaysis of sodium nitrite on P. putida in M9


The weeks prior I designed a NO-responsive biosensor. This week I amplified the correct parts and genes from Cupriavidus necator, and ligated them.
I ligated the presumably P. stutzeri nirQOP.
I started to PCR amplify the fragment of both strain's norCBD and nirKV for the overlap extension PCR, and performed the first overlap extension PCR.


I transformed the biosensor and the P. stutzeri nirQOP in E. coli. The biosensor gave positive colonies, but sequencing showed that the PCR to amplify norR created a mix of norR and another gene. The sequencing quality was poor, and due to timeconstraints parts of plasmids of different colonies were amplified and combined into one new plasmid. Positive colonies were also found for nirQOP and sequencing showed the point mutation was removed successfully.
The extension overlap PCR from week 16 gave right bands for nirKV and P. aeruginosa norCBD. These pieces were ligated and transformed in P. putida. Only nirKV gave positive colonies in screening. Sequencing showed te sequence was correct.
Preperation PCR and overlap extension PCR was performed for the subunits of P. aeruginosa nirFDLGHJN & nirQOP & nirSMC. For both norCBD's the overlap extension PCR was repeated. Onlyy nirSMC and nirQOP gave right bands.


I screened the biosensor colonies; the positive colonies contained a point mutation introducing a stop codon.
Sequencing showed that the P. stutzeri norCBD was missing big parts of norB. Both P. stutzeri and P. aeruginosa norCBD were ligated and transformed in P. putida; but with a different backbone: pSEVAb-22. Two positive P. stutzeri colonies were sequenced after screening. One missed parts of norB, the other had bad sequencing quality;; however, presumably the end of norB not present.
The newly transformed nirSMC was screened and sequencing of a positive colony showed it was correct.


P. stutzeri was newly ligated, but with two different promotors: PJ23100, and rhamnose inducible. These ligations were transformed in P. putida. Sequencing results of positive colonies showed only the plasmids with the rhamnose inducible promotor were correct.
Parts of the biosensor were amplified and then ligated to remove the point mutation.
Tested the release of nitric oxide from SNP (this time with standard curve nitrite) with higher concentrations in the incubator with the nitrite Assay.


The correct plasmids or Nir and Nor were transformed in different combinations (sometimes together with the Nap from Sophieke). They were screened to test if the transformation was usccessful.
P. putida was transformed with the biosensor. No colonies grew.
I performed a Rhamnose analysis: test growth of the strains with norCBD.
I performed a combined experiment with Sanne and Sophieke where we used nitrite and nitrate assays to test different strains created. (Interesting for me are the Nap + Nir strains)

I performed a combined experiment with Sanne and Sophieke where we used sealed aerobic bottles and GC to test different strains created. (Interesting for me are the Nor and Nap+Nir+Nor strains)
The strains with combinations with nirQOP were screened; and all did not posses this plasmid, but streptomycin resistance