Detection and elimination of cattle-related pathogens are two of the main aspects of our project, Progenie, and that of another iGEM team, Namooste. The Indian Institute of Science Education and Research Kolkata (IISER-K)’s iGEM team, located in West Bengal, India, is working on project Namooste. Namooste’s goal is to detect and vaccinate against bovine mastitis, a deadly disease caused by Staphylococcus aureus that afflicts cattle. The SARS-CoV-2 pandemic has limited Namooste’s access to a wet lab, so Progenie supports the Namooste project by conducting experiments aimed at developing a real-time colorimetric testing kit consisting of a small RNA sensor for early detection and diagnosis of subclinical mastitis. In return, members of the IISER-K iGEM team shared their experience in mathematical modeling in both Python and Matlab’s SimBiology to help develop a computational model of how Progenie will behave in the environment.

Scroll down to learn more about our wet lab and dry lab collaborations!

We came to Team IISER-K with an initial design for an SEIR-based model.

The goal of this computational model was to provide insight into how Progenie could work and spread within a set population before we could get into testing each aspect. To model this spread, we started with an SEIR model and modified it to have the representative parts of our target population.

We initially recognized 4 distinct groupings of cells that would be relevant to our system:

Because the initial population would have only consisted of individuals who were susceptible to getting φMINTO through phage or conjugation, we had to devise a term in the model for the introduction of φMINTO-carrying phage. We first did this by making a compartment for phage that had influence on the flow of cells from S_V to I. 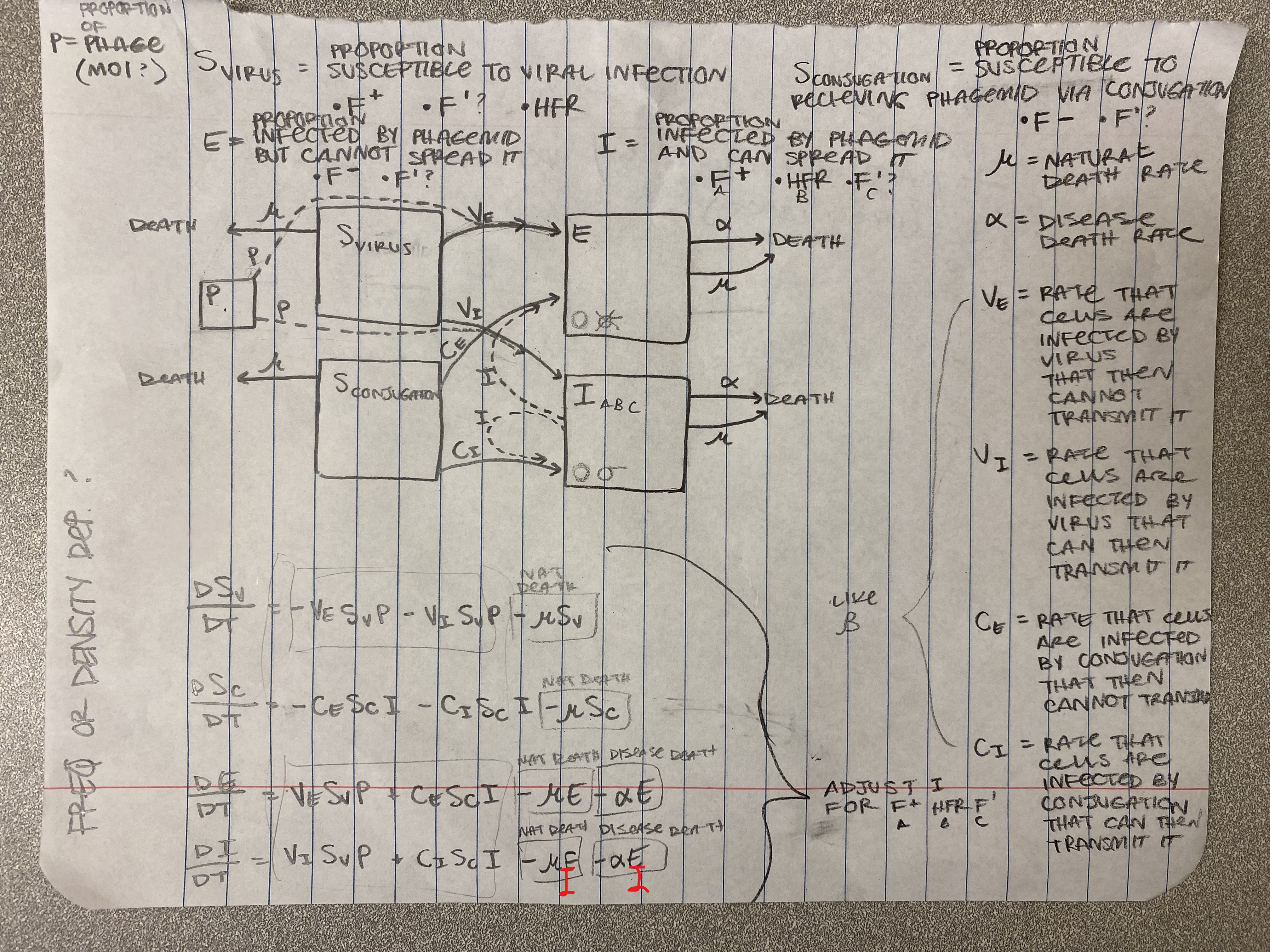 Figure 1: The initial draft of the SEIR-like model for Progenie’s transmission dynamics.

Team IISER-K’s modeling representatives helped us expand the initial design to be more realistic and informative.

In our first modeling meeting with Team IISER-K, we walked them through this rough draft of a model. First, they asked questions that helped us identify the weak points of the design. Some initial pointers:

From these pointers, we made some initial modifications to each of their points respectively: 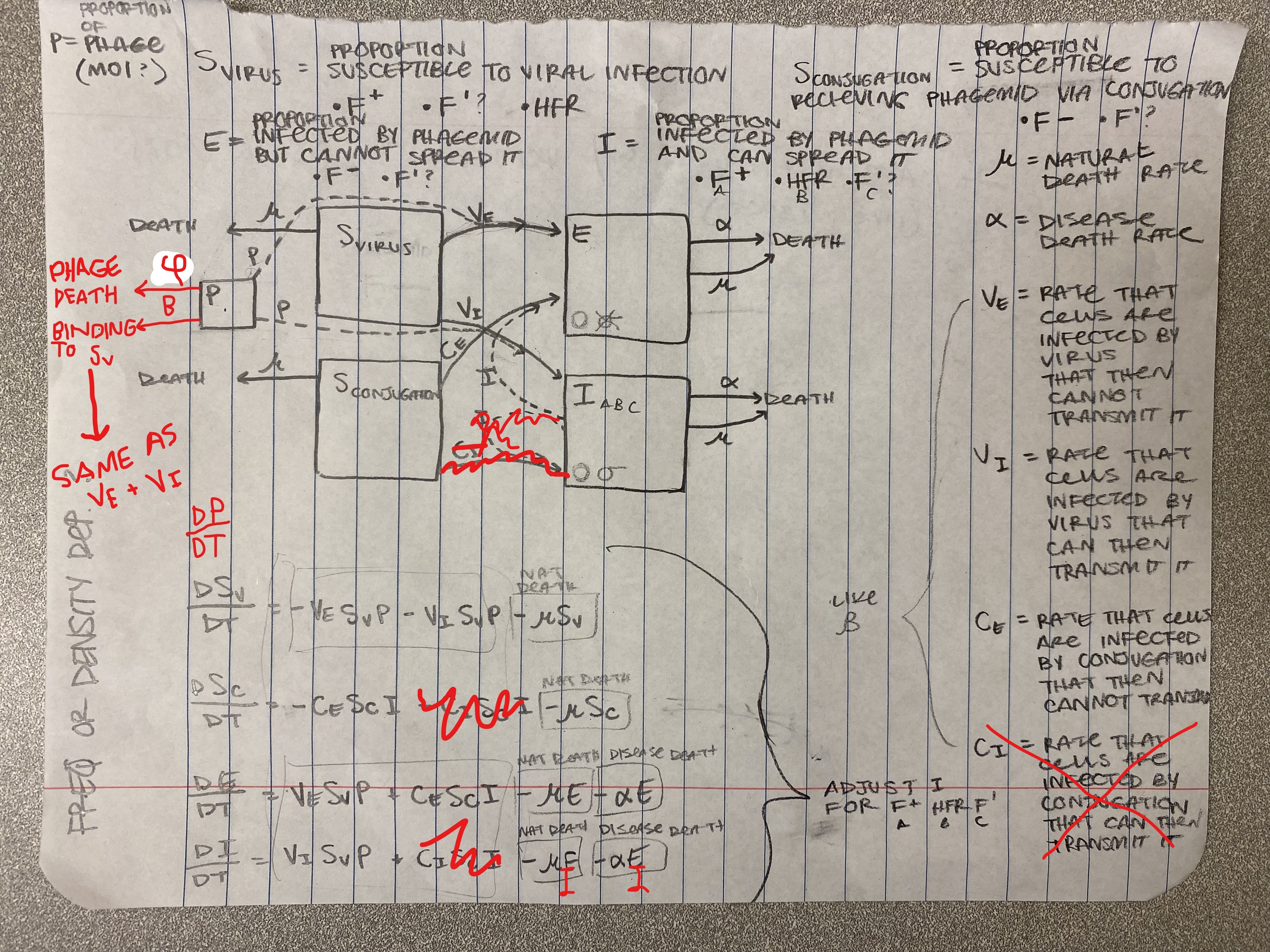 Figure 2: Edits (red) made to the initial SEIR model plan during a Zoom meeting with Team IISER-K.

After getting the model running, Team IISER-K helped us gain more insight from our model.

After we built a model with the modified compartments and interactions using parameters that we found from literature, Team IISER-K recommended that we use our model to analyze a range of conjugation rates to test conjugation rates Progenie and determine what rates lead to success and failure. They recommended testing other values to satisfy our goal of understanding optimal parameters for Progenie model success. 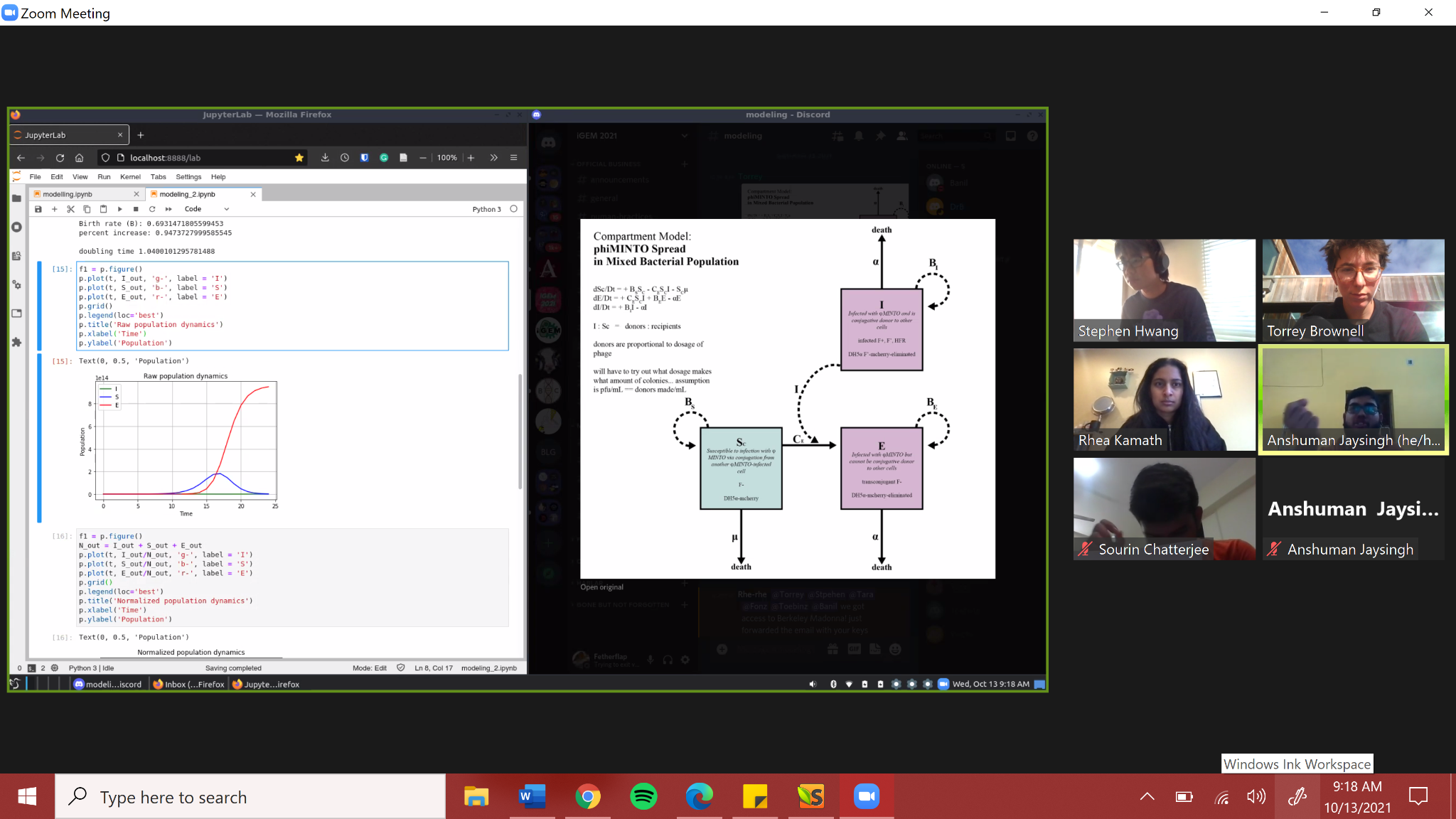