This project would not have been possible without our amazing team members. The UCSC 2021 iGEM team is composed of 16 undergraduates from various scientific disciplines and personal identities. We have also gained sponsors along the way that helped us turn our project ideas into a reality. To learn more about each team member, their involvement in our project, and the support we received from sponsors, click the names under our photos down below! 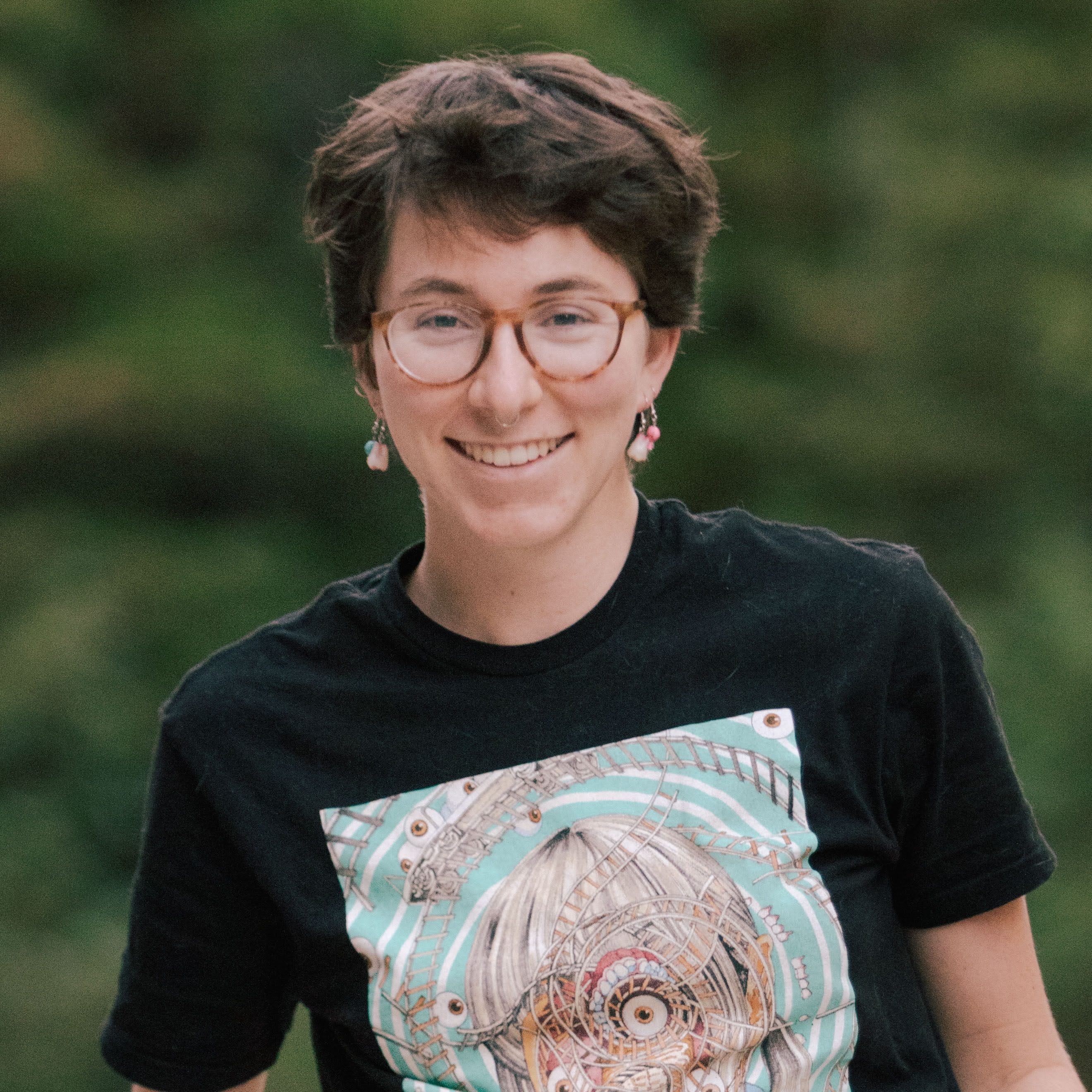 Torrey is a 4th year Biology major and one of the co-captains of the 2021 team at UCSC. As a captain, they were involved in almost every aspect of the project, helping the team remain cohesive and on track. They were essential to the initial design of the Progenie system, providing insight, ideas, and information during numerous chalktalks. They contributed their share to the general experiments, interviewed specialists for both human practices and technical project design, and facilitated collaborations with other iGEM teams. They are the phage infection technician, mathematical modeling maestro, and graphic design connoisseur. 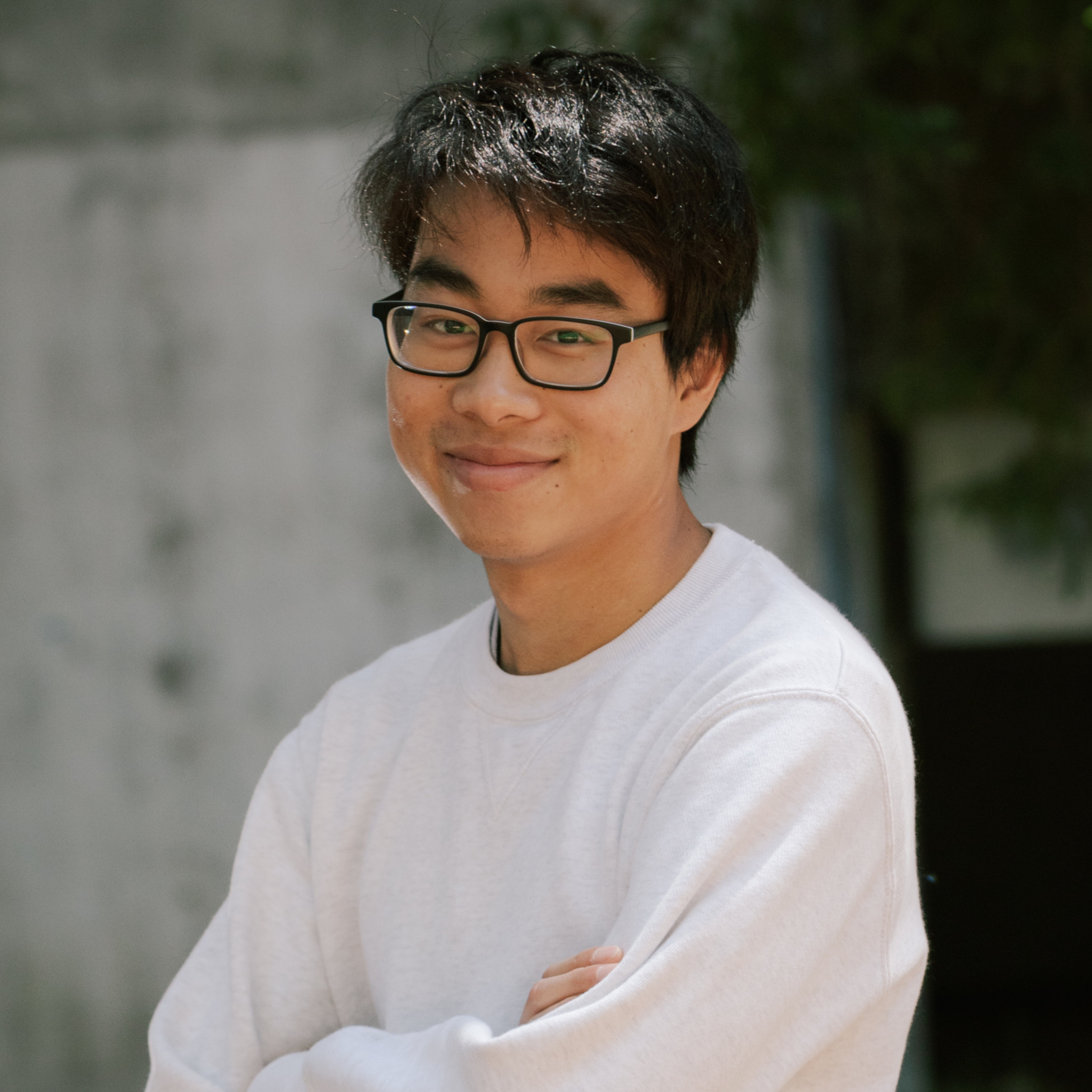 Stephen is a 4th year majoring in Biomolecular Engineering and Bioinformatics. As a co-captain, he was involved in overall project oversight and direction, supporting the team wherever needed. He was the dry lab support behind the design, construction, and verification of the Progenie system. Stephen wrote many of the initial protocols and provided troubleshooting support for failed experiments. He also helped with the mathematical modeling, but contributed most to direction and planning: making sure the team machine is running. 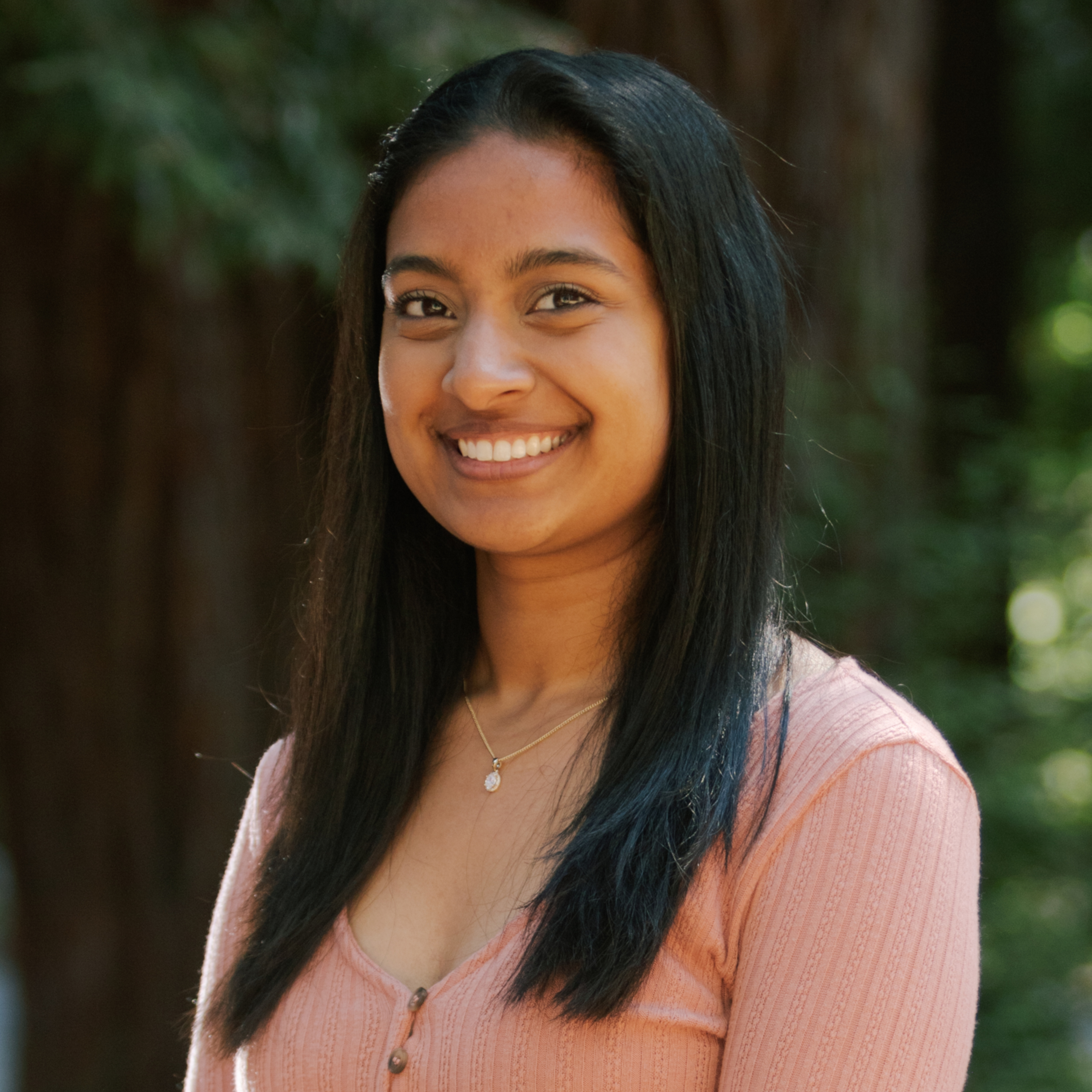 Rhea is a 3rd year Biomolecular Engineering and Bioinformatics major and a Technology and Information Management minor. She was involved in many human practices interviews and discussions, mathematical modeling, wiki content editing, social media management, and leading the fundraising initiatives for the team this year. Rhea also organized the iGEM collaborations/partnerships and worked on getting sponsorships with companies like BioRender. In the wet lab, she was involved in tasks such as making chemicompetent cells, plasmid minipreps, gel electrophoresis, transformations, colony PCR, and phage infection experiments. 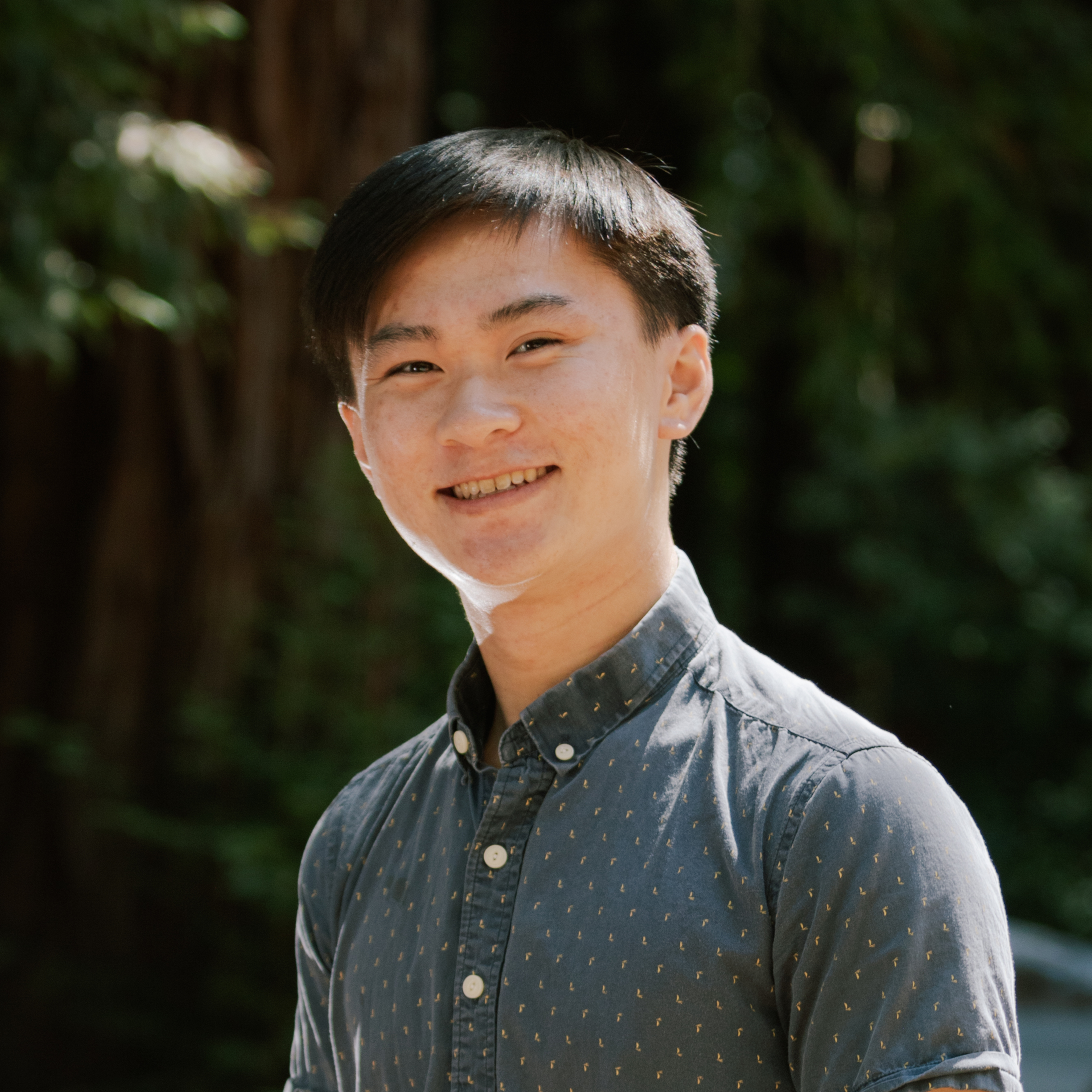 Franklin is a fourth year Biomolecular Engineering and Bioinformatics major. He is responsible for designing the protein expression plasmid for production and purification of recombinant Stx2. In addition, he lends a hand in wet lab, such as making media or checking for cell growth. Franklin leads the photography and visual media team, and was involved in photographing team members and producing videos. 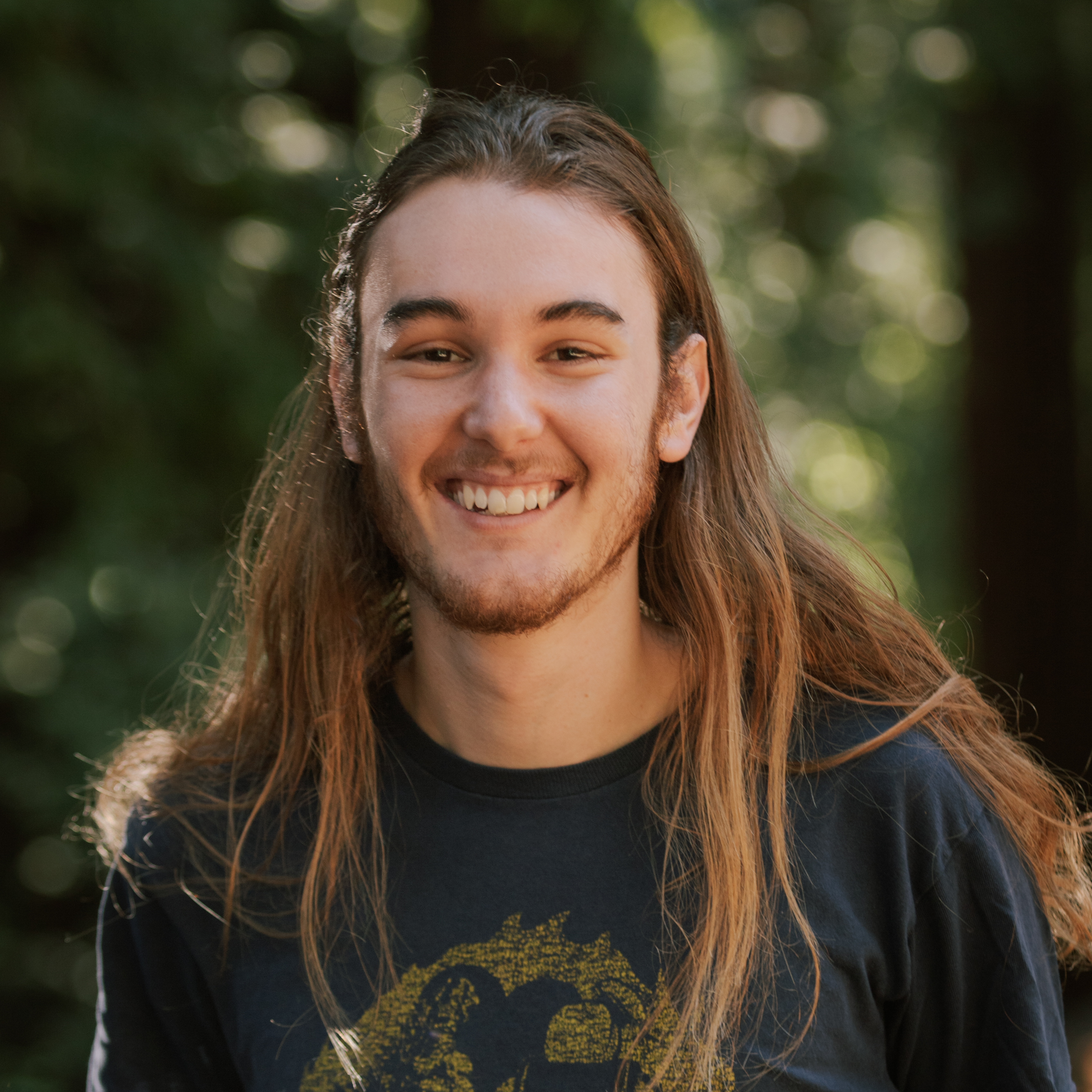 David is a 4th year majoring in Biomolecular Engineering and Bioinformatics. This summer, David worked on project design and plasmid cloning. David did many transformations, minipreps, and PCR reactions. He also learned how to use Geneious Prime for working with all of our plasmids and for designing PCR primers. David was involved in troubleshooting many aspects of our wet lab plan including transformation failures, plasmid cloning failures, and PCR failures. He was also an actor in the promotional iGEM video. 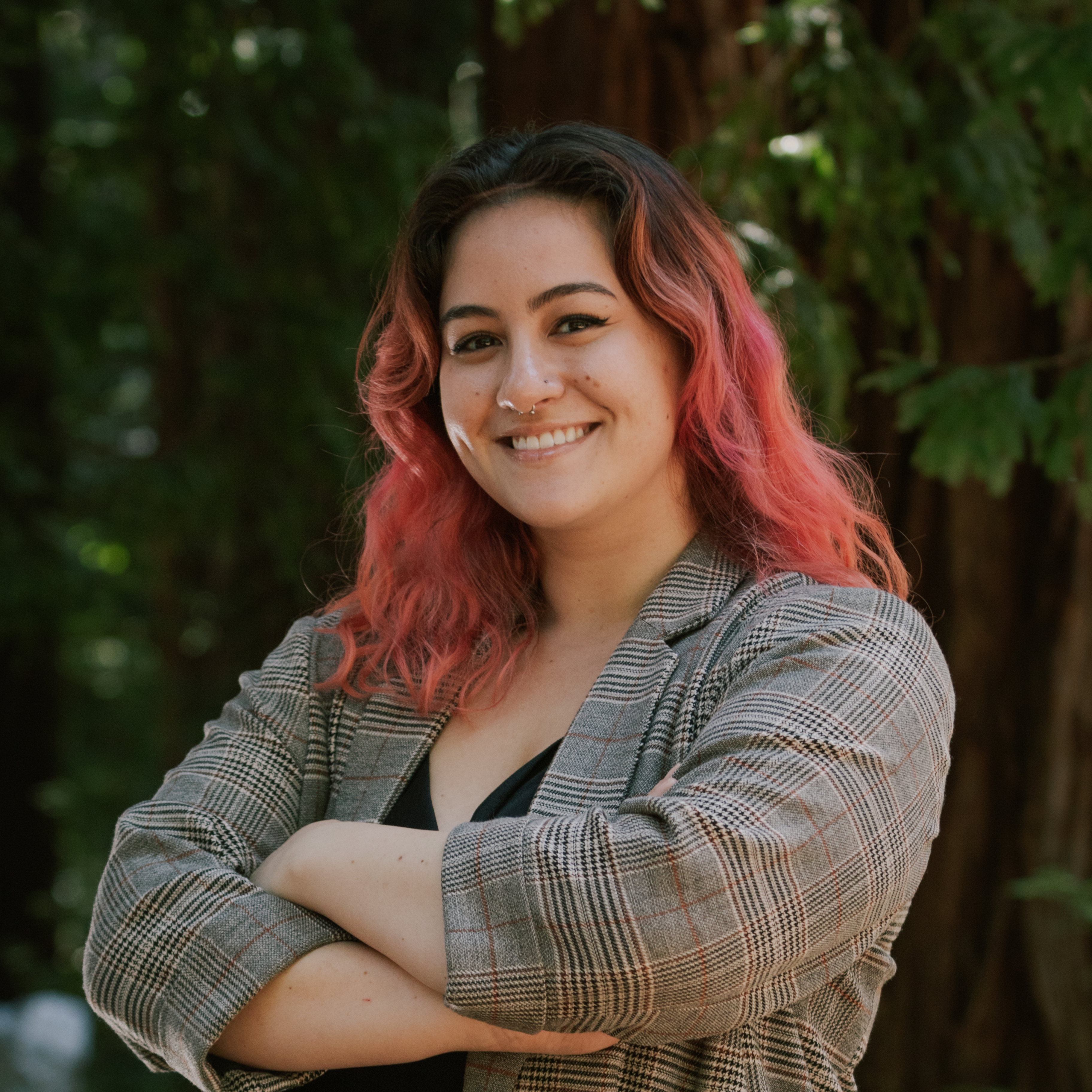 Denise is a 4th year majoring in Biomolecular Engineering and Bioinformatics. Over the summer she was heavily involved in human practices and interviewed people from several industries. She assisted in acting for the iGEM promotional video, securing funding, and educational outreach. In the wet lab, Denise assisted in PCR reactions, minipreps, and transformations for the creation of pMADRID. She also performed the 2-part transformation to integrate mCherry into the E. coli chromosome. 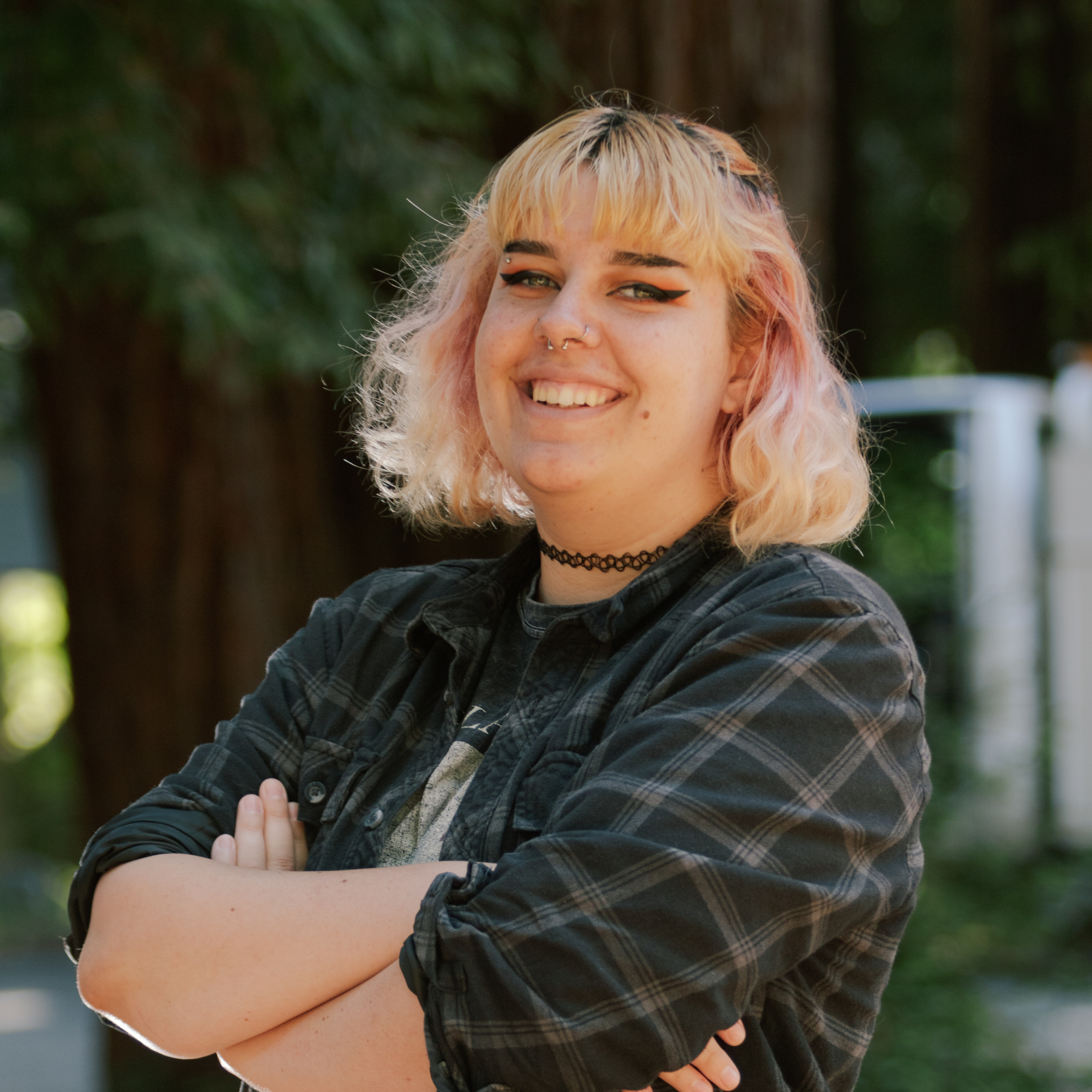 Julia is a 4th year Molecular, Cell, and Developmental Biology major. They were involved in lots of human practices work involving getting interviews from experts in relevant fields, researching what other bacteria could be used for the Progenie technology, and the wet lab collaboration with the IISER-K iGEM team. Julia participated in many experiments, writing down protocols and performing them in wet lab spaces as well as coordinating interviews from various people. 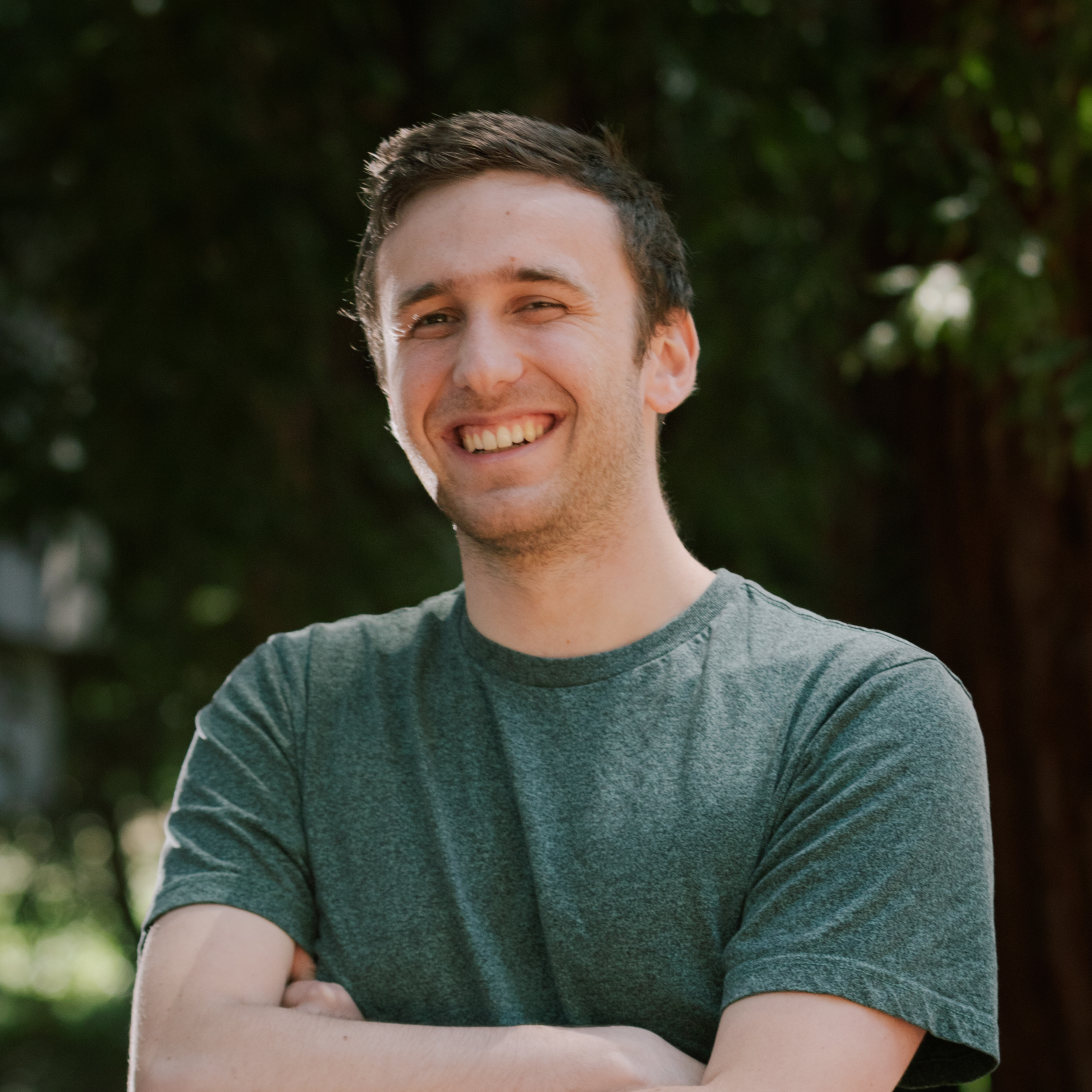 Tobin is a fourth year MCD Biology major. He was involved in selecting INTEGRATE as the gene elimination mechanism, selecting the microbiome as a target for engineering, and in developing the overall mechanism for pathogenic gene elimination. In the wet lab he provided technical advice to other lab members and performed experiments for mCherry model development, pMINT construction, and fluorescence analysis. 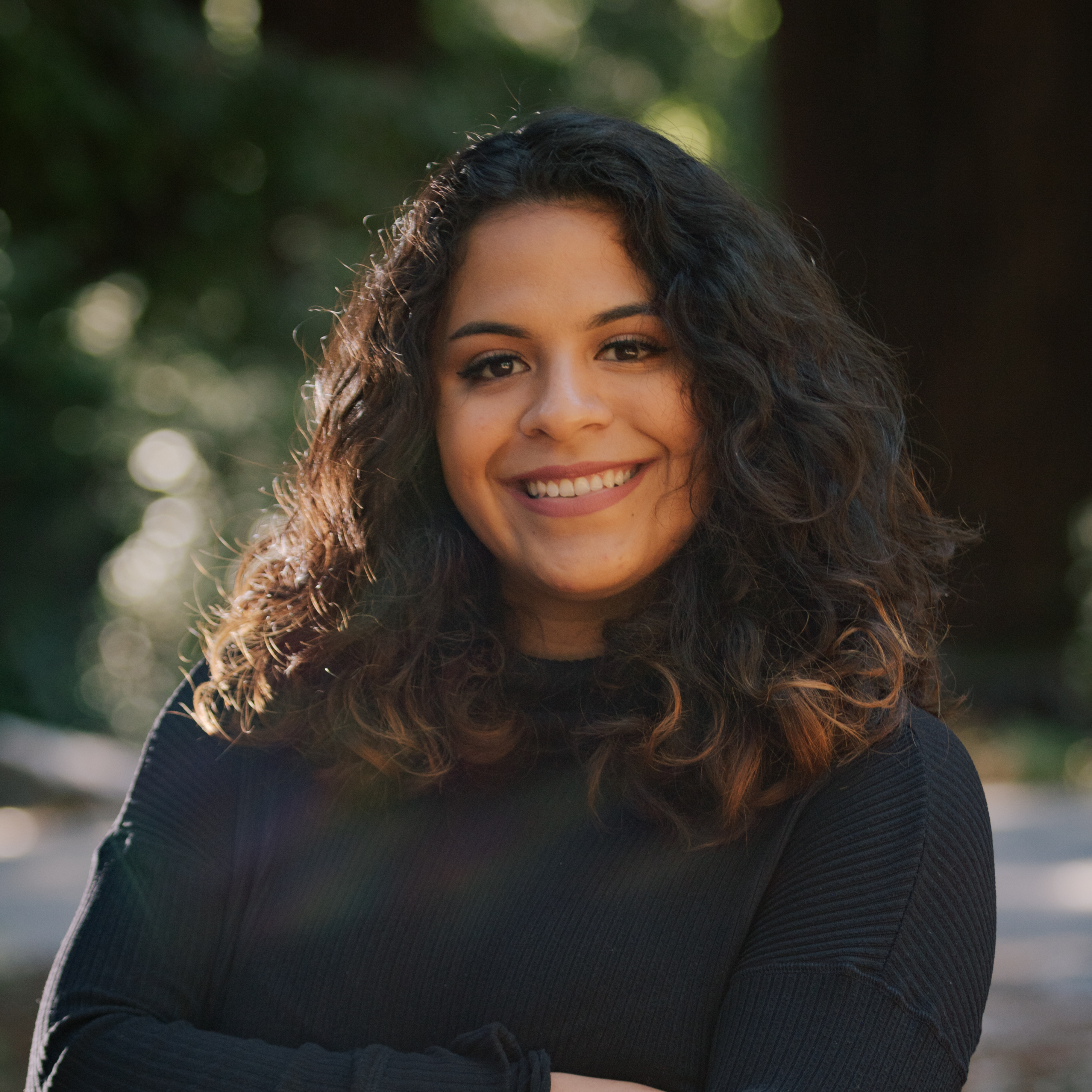 Rose is a 4th year majoring in Biomolecular Engineering and Bioinformatics. Over the summer she was involved in human practices, educational outreach, video production, and video editing. In the wet lab, she works on the production of the recombinant Stx2 protein needed for the Shiga Toxin detection system. 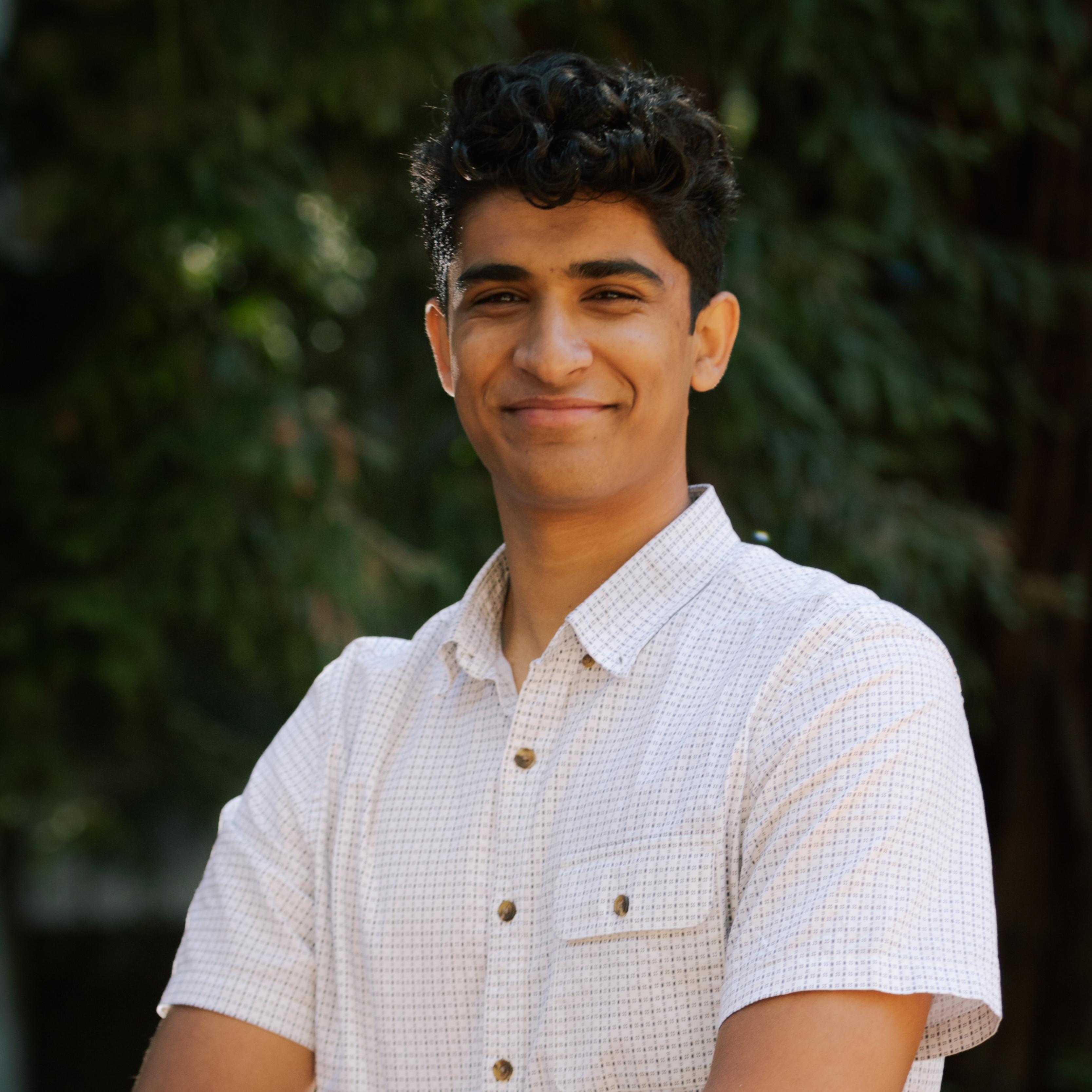 Nabil is a 3rd year Bioinformatics major and a Computer Science minor. Over the summer, he was mainly involved in the wetlab and wiki development. In the wet lab he was involved in the initial development of the chemicompetent cell preparation and transformation protocol, as well as other work in the lab such as PCRs, minipreps, and media making. 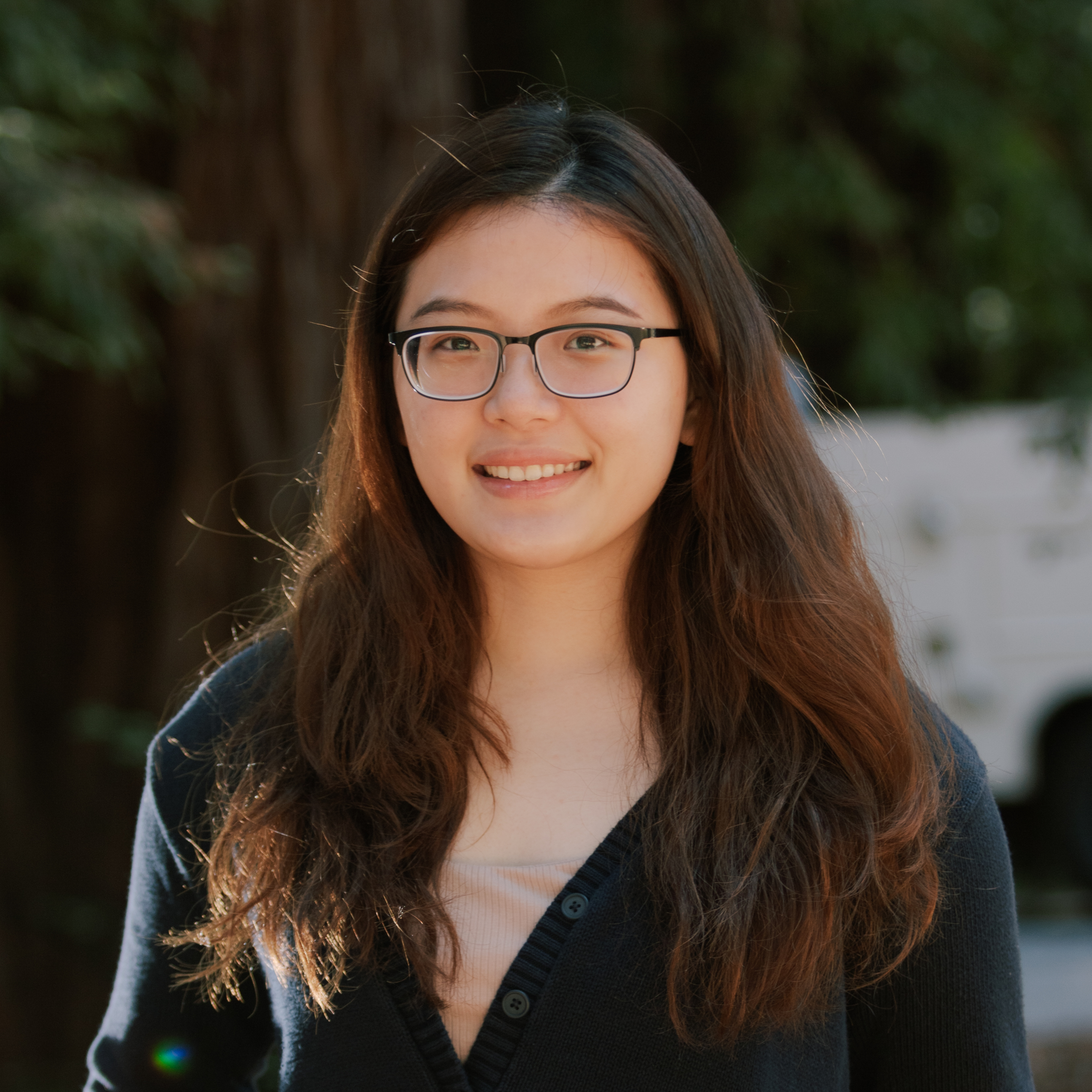 Yi-Chi is a 4th year majoring in Molecular, Cellular, and Developmental Biology. Over summer, Yi-Chi conducted interviews with different vaccine specialists as part of human practice and also coordinated educational outreach to high schools both local and abroad. Yi-Chi worked on the construction of pMINT in the wet lab, which included miniprep, Colony PCR, and transformations. 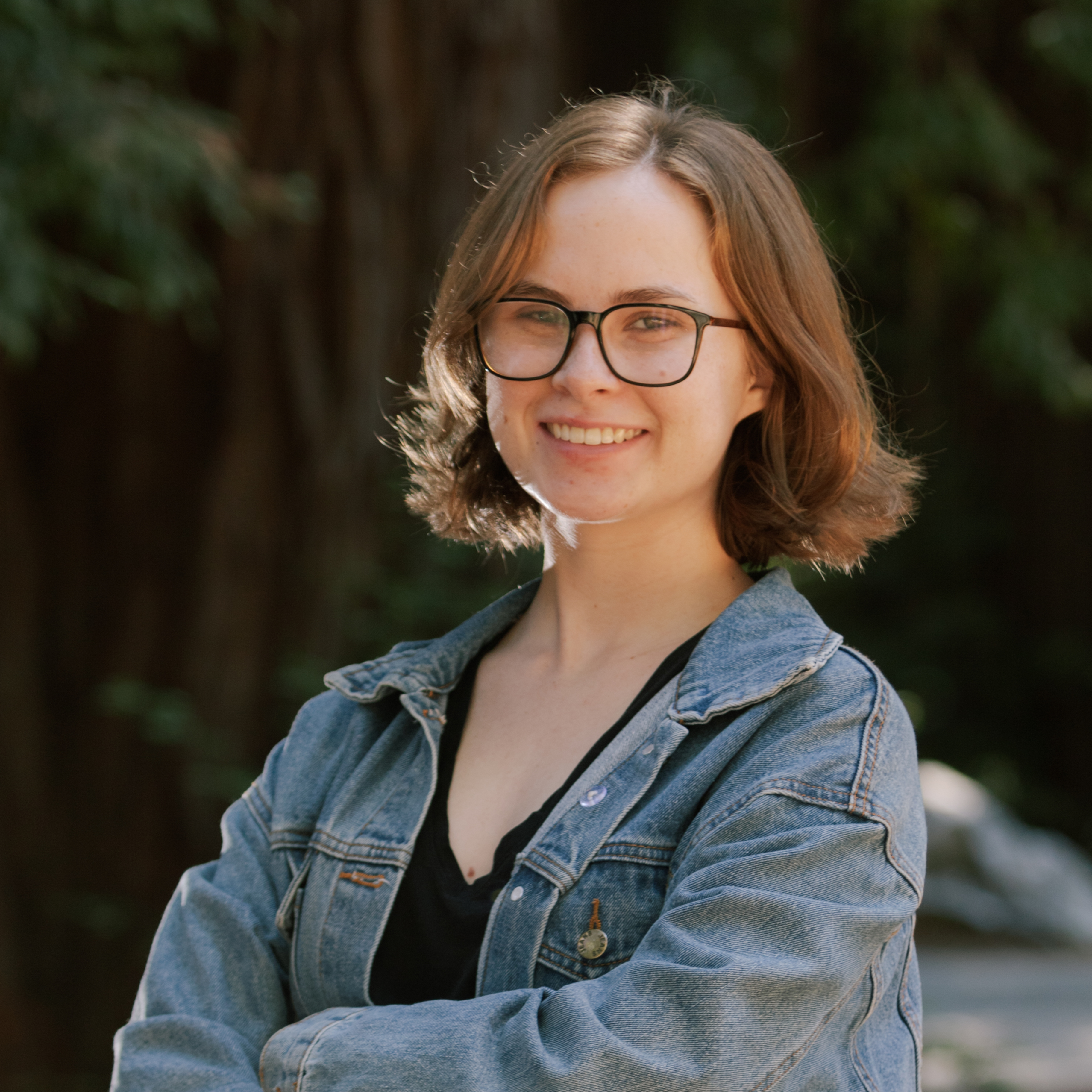 Tanya is a fourth year Biomolecular engineering major. On the design aspects of the project, she assisted in planning the phage delivery and conjugation mechanisms. She additionally helped with experiments pertaining to using the pseudovirion. Tanya was also responsible for the wet lab collaboration with the IISER-K iGEM team, for which she designed all the parts and experiments used to collect data on their protein of interest Csm6. 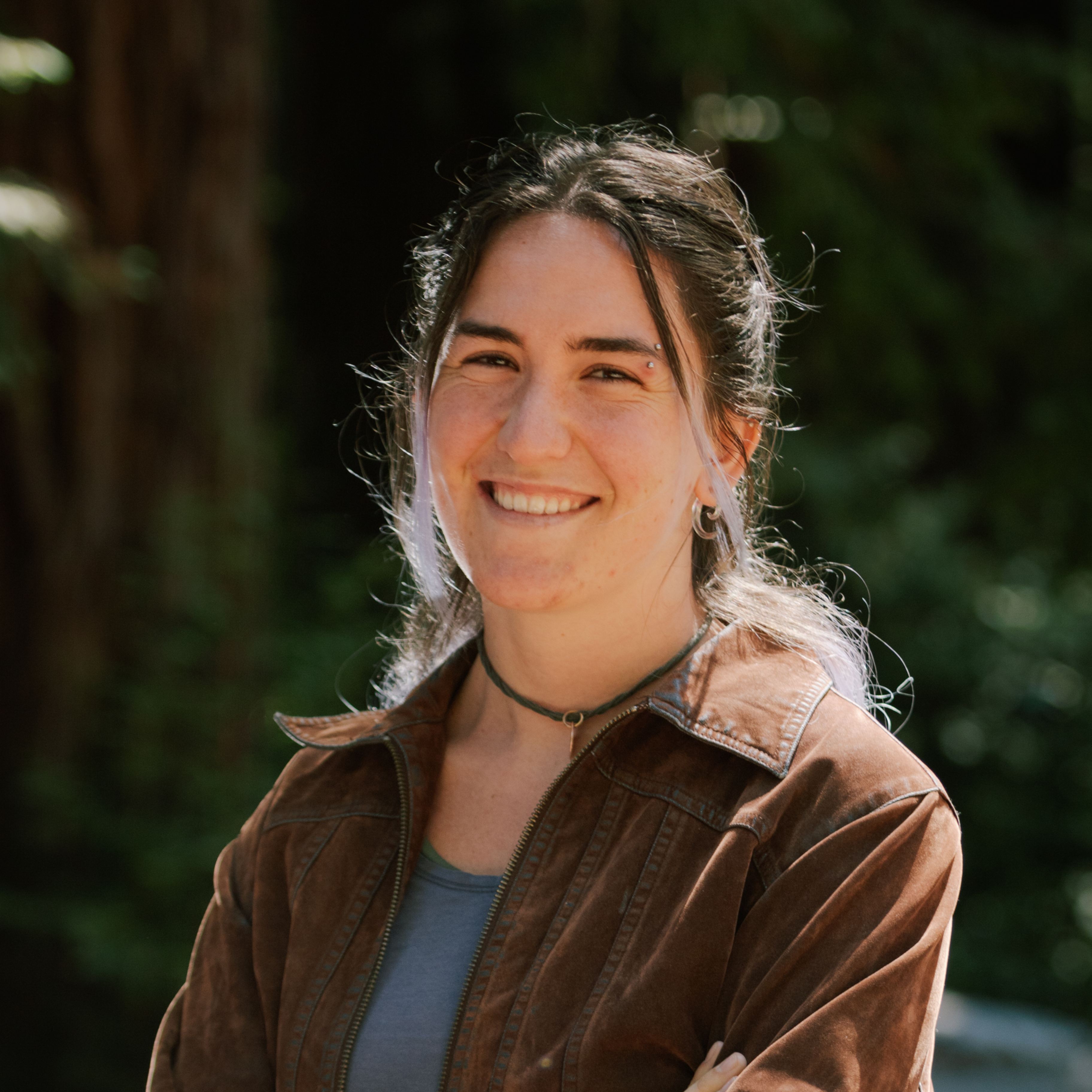 TaraBryn is a 4th year Biochemistry major and Bioinformatics minor. She was integral to the design and development of the Progenie system. She specializes in conjugation and plasmid compatibility, but also is involved in the wet lab work with phage, fluorescence analysis, and general cell handling. Tara is also involved in educational outreach to teach local high schoolers about research in synthetic biology. Her creativity can be seen in her final design chalkboard flowcharts and her wiki graphics. 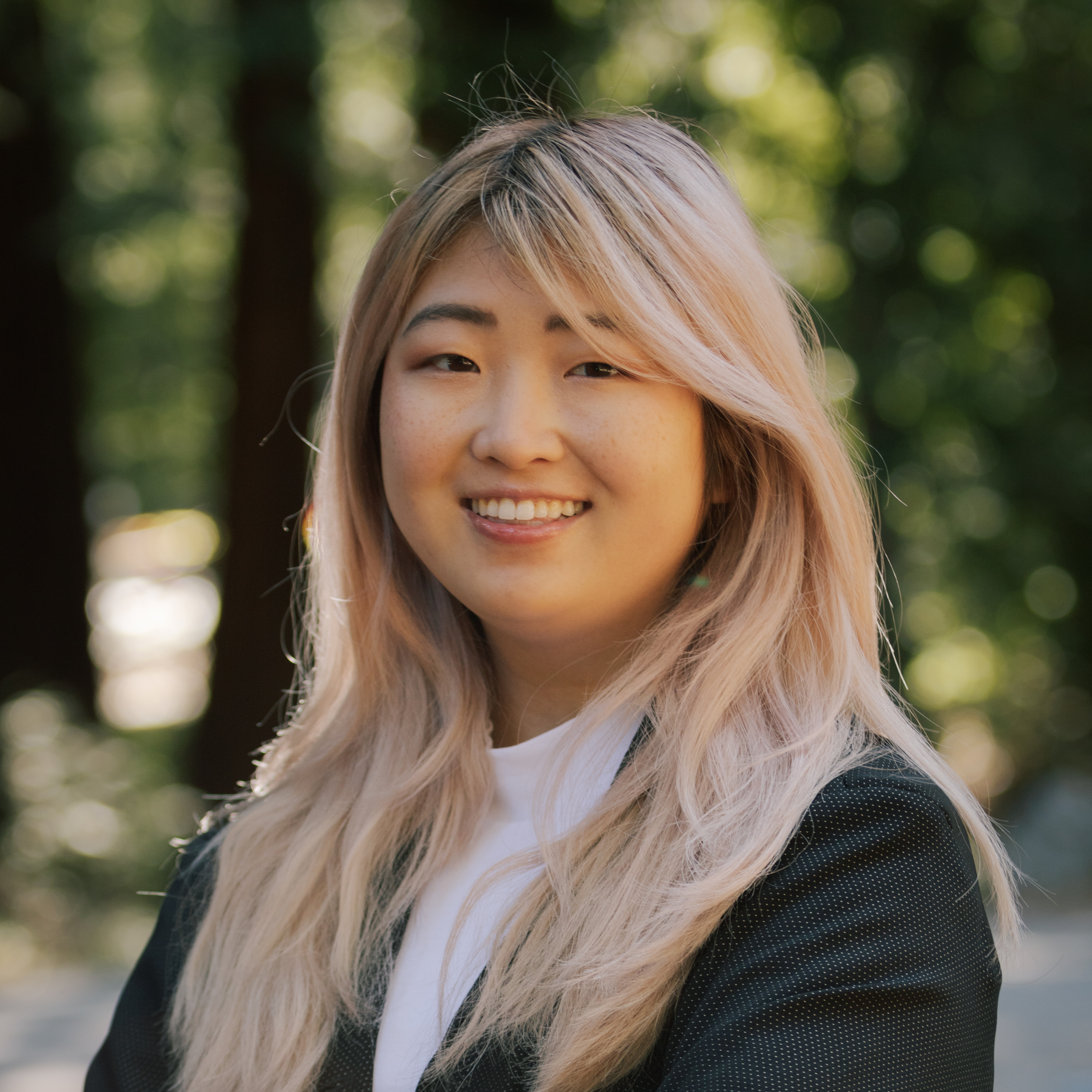 Wen is a 4th year Biomolecular Engineering major. She was mainly involved in brainstorming ideas for our project this year as well as conducting the interview for Pomponio Ranch. Wen also served as a reporter in our iGEM promotional video this year. 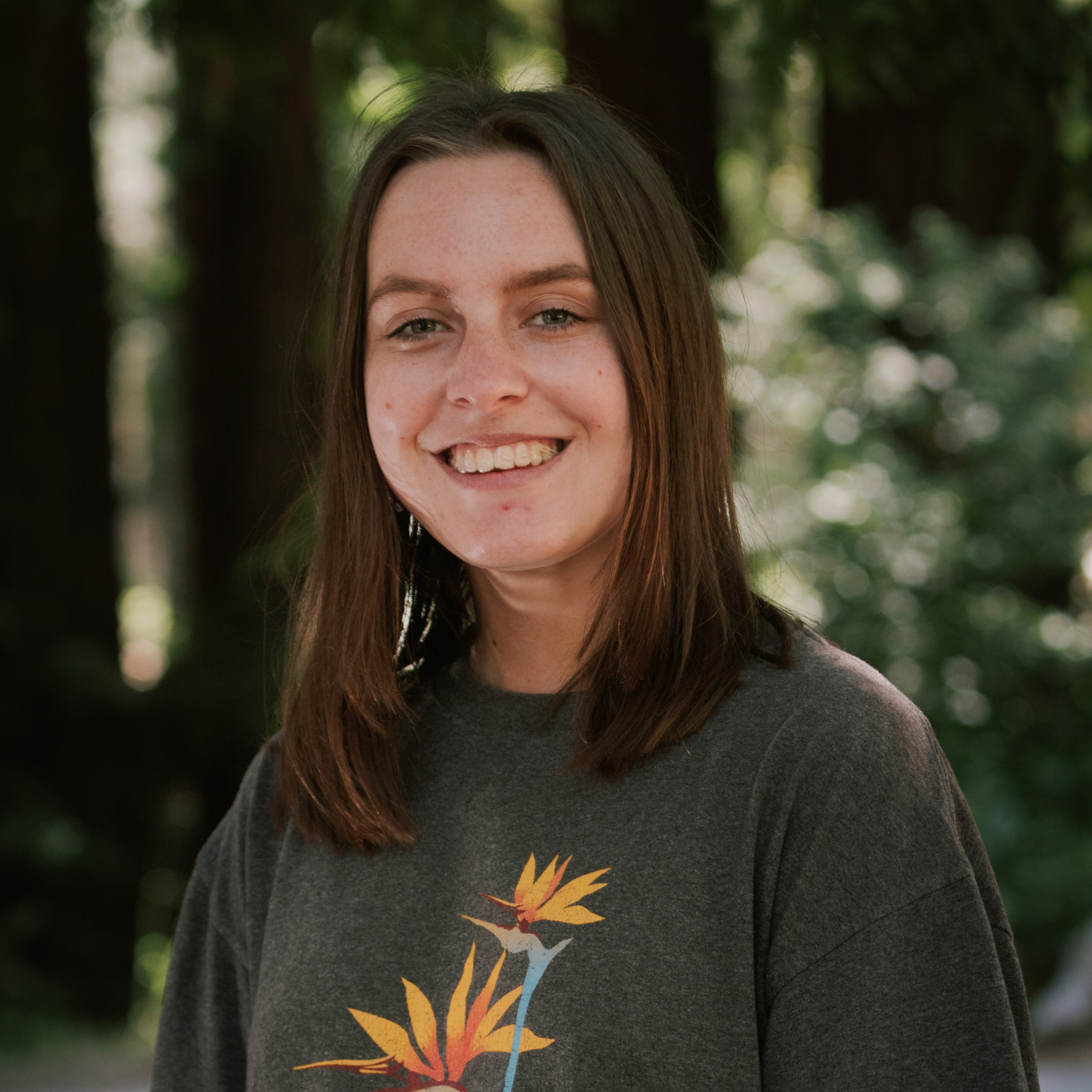 Emily is a fourth year Neuroscience major and Bioinformatics minor. She was involved in human practices, wiki development, wiki content editing, and social media management. In the wet lab, she participated in Clonetegration and gel electrophoresis experiments for the mCherry proof of concept model, various PCR reactions, midi prepping of pSPAIN, and Sanger sequencing preparation. She also acted in the iGEM promotional video. 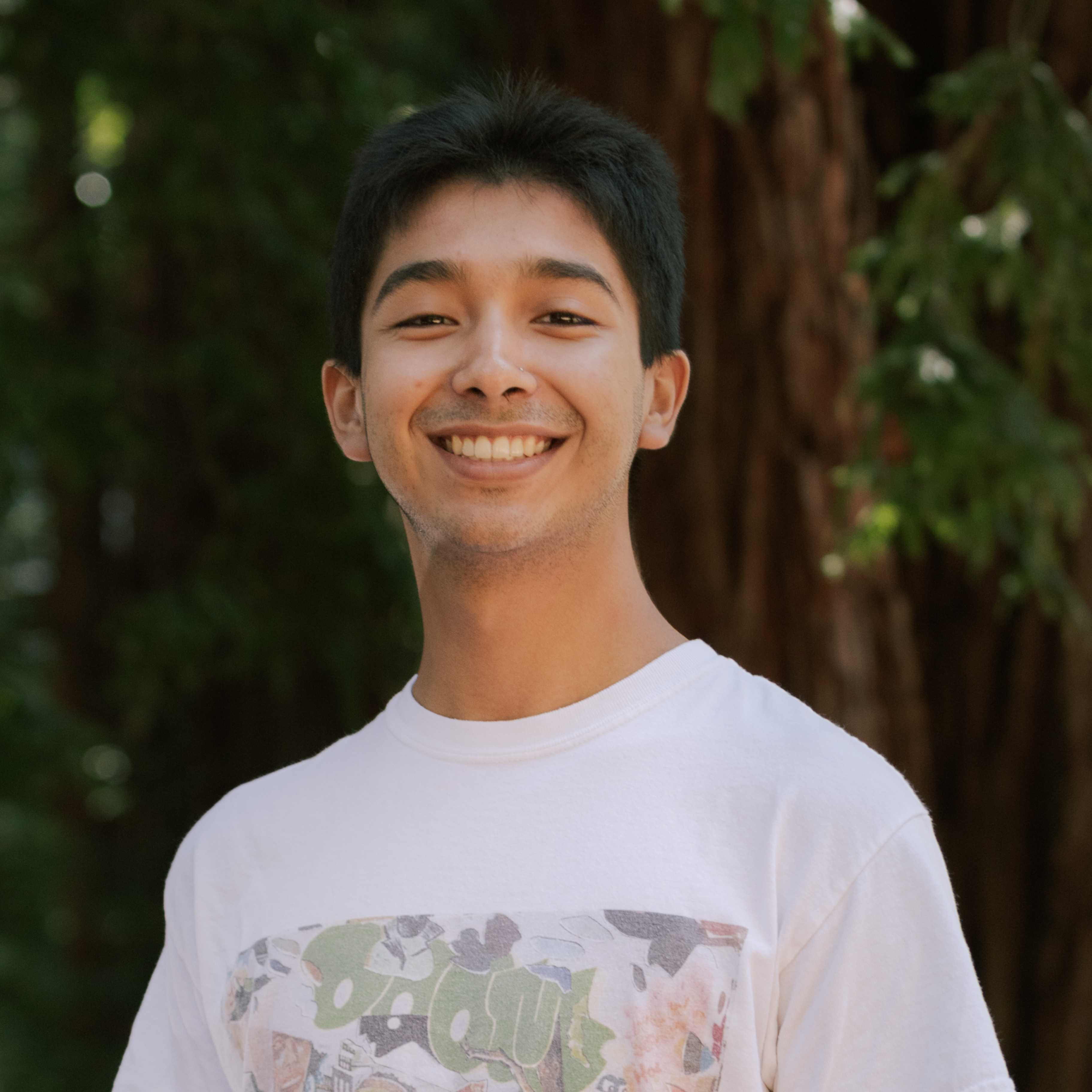 Fonz is a 4th year majoring in Molecular, Cellular, and Developmental Biology. Over the summer he was heavily involved with human practices; he planned out interview questions and meeting times along with meeting with food safety contacts from leafy green distributors, family doctors, vaccine developers, and other contacts. He played a role in creating the team's iGEM promotional video, including design and audio engineering. Along with that, he led the development and artistic direction for the team's wiki. Fonz was also a part of various wet lab tasks, including plasmid miniprep, creating cell stocks for future lab experiments, gel electrophoresis, creating cell cultures, plating transformed cells, and general media and plate preparation. 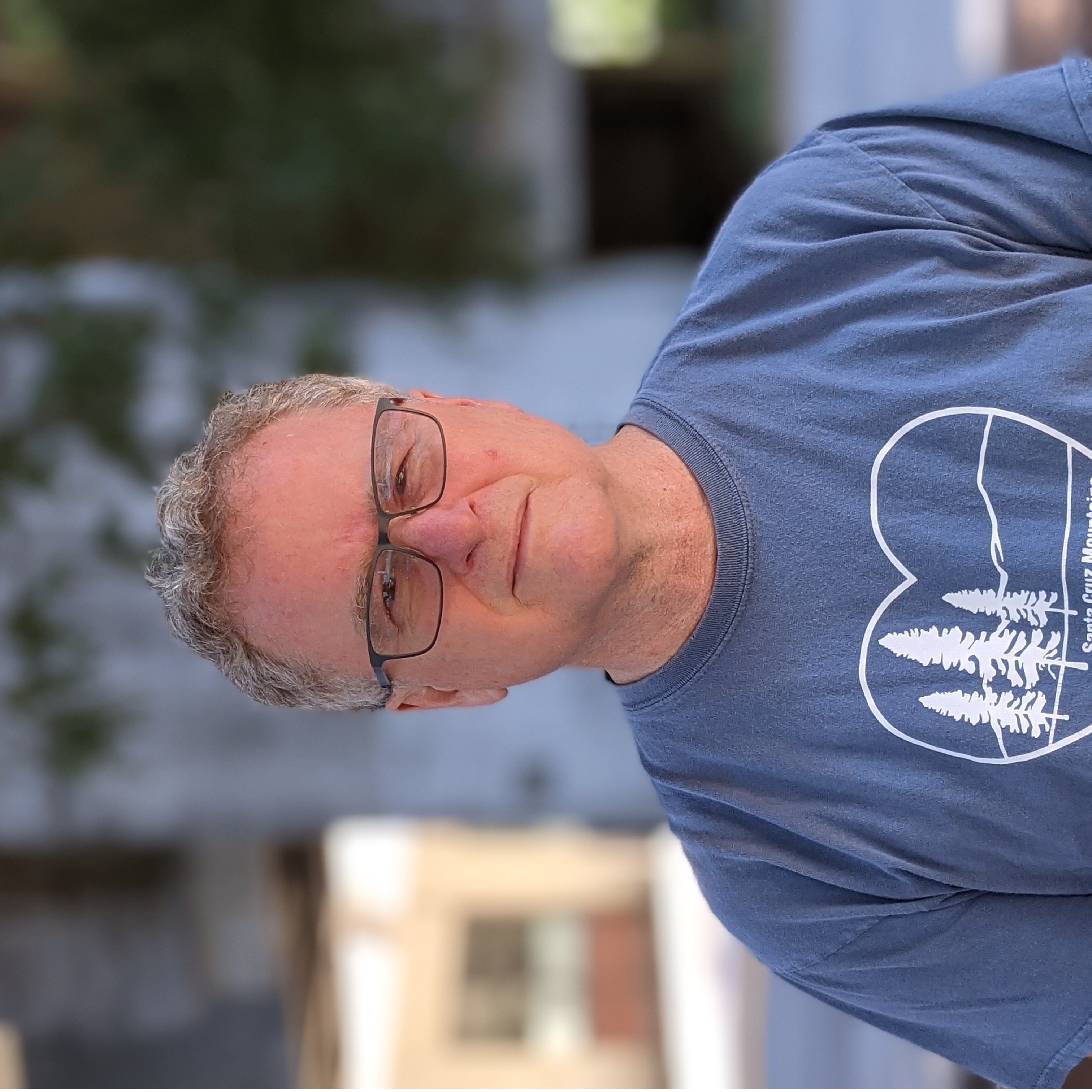 Dr. David Bernick is our Principal Investigator and iGEM Mentor at UCSC. Outside of IGEM, he serves as an Associate Teaching Professor in the Biomolecular Engineering and Bioinformatics department. Our team is very grateful to have someone so inspiring and passionate about our project, but also the field of synthetic biology and the iGEM program at our university. 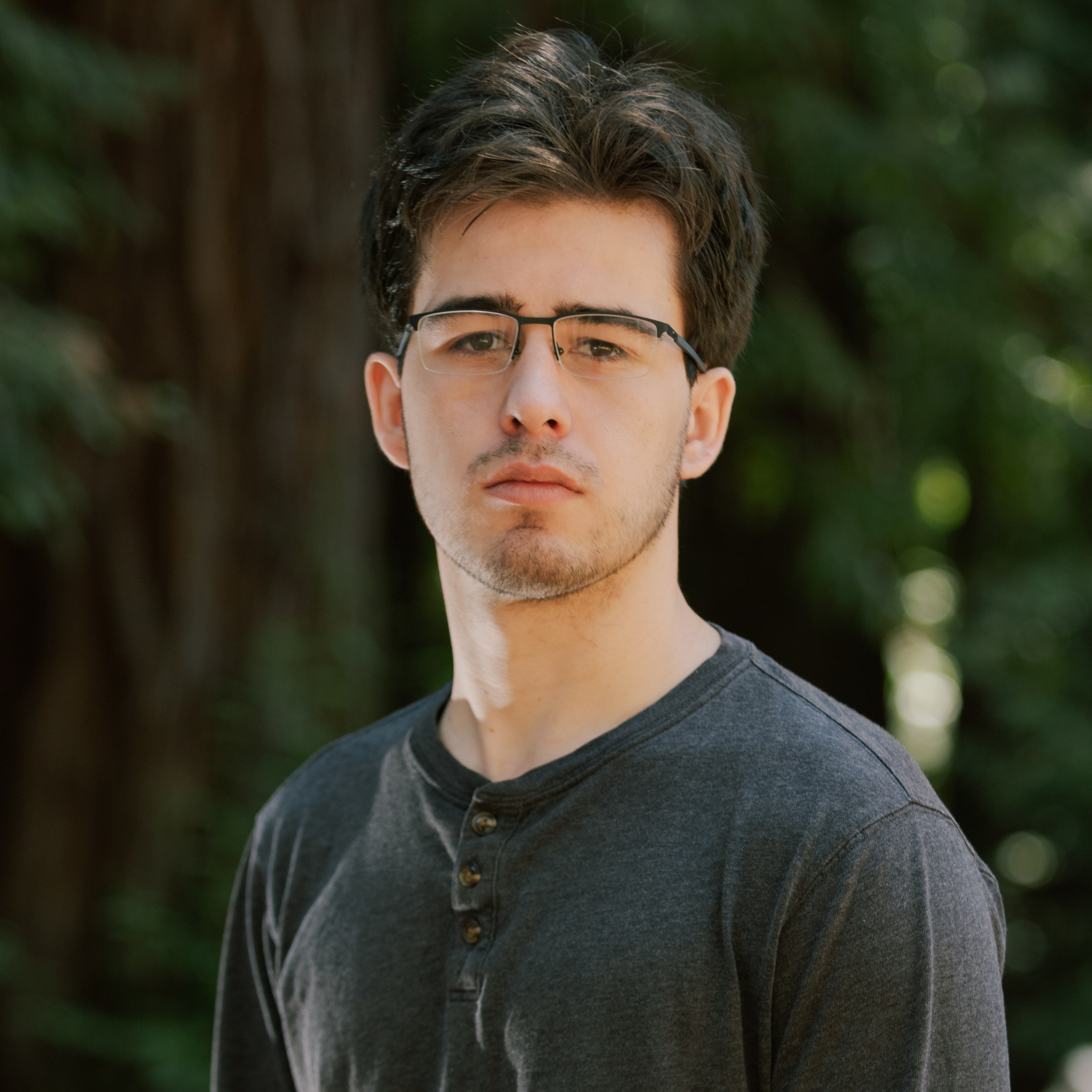 James is a 2nd year Master’s Student in the Microbiology and Environmental Toxicology program at UCSC. After participating on the 2019 iGEM team, James stayed at UCSC working on sewage sampling of SARS-CoV-2 for the county. He also advised both the 2020 and 2021 iGEM teams. In the lab, James ensured that the students stayed safe, and assisted with experimental design and troubleshooting. He is planning to pursue a PhD focusing on improving the predictability of synthetic biology.

Progenie thanks Dr. David Bernick, our principal investigator, and James Hahn, our graduate student mentor, for assistance and guidance on Progenie. We thank Maria Diaz Angel (Hartnell College) for supporting Progenie as an intern.

We thank IISER-K’s Namooste iGEM team for their help on our mathematical population modeling. We thank UC Davis for working with us on our educational outreach initiatives.

Progenie is funded by Aether Biomachines, the College Ten Senate, the College Ten Student Project Fund, the Cowell Senate, the Cynthia Matthews Scholarship, the Foley-Mendelssohn Travel Scholarship, Kevin Karplus, the Merrill Senate, the Porter College Creative and Innovative Grant, the Student Fee Advisory Committee, the UC Santa Cruz Alumni Special Project Fund, and the Undergraduate Research in Science and Technology Award. In addition, we acknowledge the iGEM Competition sponsors Benchling, Geneious Prime, Integrated DNA Technologies, and NEB for providing the tools and materials that makes Progenie possible. We would like to thank BioLink Depot for providing laboratory equipment and supplies.

We thank the Sternberg Lab (Columbia University) for providing pSPAIN and pSPIN plasmids. We would like to thank the University of California, Santa Cruz and the Jack Baskin School of Engineering for supporting Progenie, and the next generation of synthetic biologists.