How Our Project Contributes to the Sustainable Development Goals

SDGs No.9 Industry, Innovation, and Infrastructure 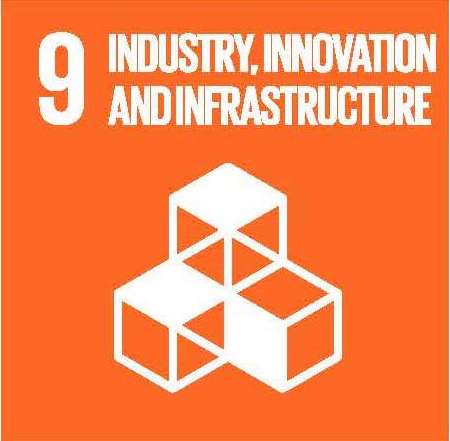 Our system has been determined to be relevant to the 9th SDG, Industry, Innovation, and Infrastructure. The ninth Sustainable Development Goal aims to provide resilient infrastructure, promote sustainable industrialization, and encourage innovation. In addition, SDG 9 contains eight targets that must be met by 2030. “Enhance scientific research and upgrade the technological capabilities of industrial sectors in all countries, particularly developing countries, including, by 2030, encouraging innovation and substantially increasing the number of research and development workers per million people and public and private research and development spending,” according to SDG 9 target number five. While another target of SDGs 9 is “Support domestic technology development, research and innovation in developing countries, including by ensuring a conducive policy environment for, inter alia, industrial diversification and value addition to commodities”. Both the two targets from SDGs 9 have a strong correlation with our project.

The current state of enzyme technology is primarily driven by restricted enzyme production and the difficulty of purification; as a result, several countries throughout the world are working to improve purification and enzyme production technology. Currently, the purifying procedure is still costly and involves numerous processes. Many countries encourage their scientists and industry to continue their research and development of enzyme technology. However, not all countries, particularly developing countries, are able to compete in developing enzyme technology. The majority of developing countries depend on import activity to fulfill their necessity of enzyme production, including Indonesia. Almost 90% of the enzymes that are used in Indonesia are imported from producer countries for enzymes. Therefore, an innovative enzyme production process is needed which is accompanied by an easy purification and a more affordable cost. The innovations offered by the CHOP system can be an alternative to answer the problems of enzyme technology faced by various countries, including Indonesia. Because the CHOP system uses a TEV protease to cleave the linker that connects the Protein/Enzyme of Interest to eCPX, which works as docking in OMV or OMs, it is a more effective downstream process than traditional downstream processes. This technique will improve bacterial recovery and

SDGs No.12 Responsible Consumption and Production 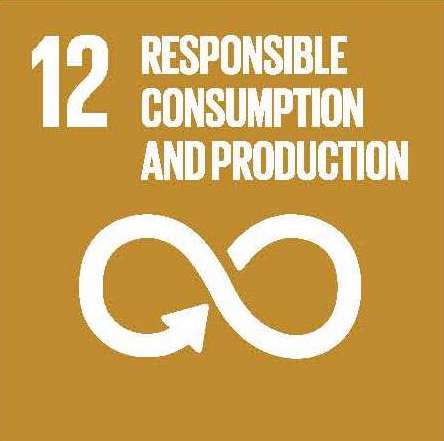 The SDG no. 12 ensure sustainable production and consumption patterns and we see this can be achieved with our system because the use of enzymes contribute to sustainability in production on industrial processes. SDG number 12 is about Responsible Consumption and Production. It has several targets that are strongly correlated with the CHOP system projects such as substantially reducing waste production through prevention, reduction, recycling, and reuse. Other targets that we can also achieve is to encourage companies, especially large-scale and transnational companies to adopt sustainable practices, and support developing countries to strengthen their scientific and technological capacity to move towards sustainable consumption and production patterns.

The conventional purification process which is widely used by various enzyme industries, involves several complicated steps such as cell removal, centrifugation, and soluble removal. In addition, multiple steps in the purification process of enzyme production will produce industrial waste, for example, as in the cell removal step which will destroy certain enzyme-producing bacterial cells. The results of the destruction or lysis of these bacterial products will certainly produce waste that might be harmful to the environment if not managed properly. When compared to the CHOP system, fewer cells need to be removed or destroyed to harvest the protein products as the CHOP system exploits the outer membrane vesicles. Thus, the CHOP system is able to minimize the amount of waste generated during enzyme production. Based on this explanation, the CHOP system that we have developed strongly supports the SDG number 12, especially for targets such as reducing waste production through prevention, reduction, recycling, and reuse. Also encouraging companies, especially large-scale and transnational companies to adopt a sustainable practice, and supporting developing countries to strengthen scientific and technological capacity to move towards sustainable consumption and production. 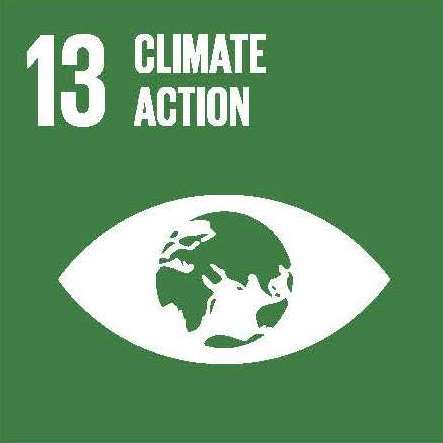 While SDG no 13 aims to combat climate changes. This goes along with the use of enzymes being more preferable than chemicals, leading the enzyme production to use less water, energy, and chemicals, therefore, contributing to taking action in preventing climate change.

Enzymes are highly specific and they usually act under milder reaction conditions than traditional chemicals. Furthermore, they are readily biodegradable and usually lead to reduced or no toxicity when they reach the environment after use in industrial production. These properties allow manufacturers to produce the same or sometimes even better quality products with less raw material, chemicals, water, and/ or energy consumption and with less problematic waste generation than traditional processes. implementing enzymatic processes in place of conventional processes generally leads to reduced contributions to global warming and also reduced contributions to acidification, eutrophication, photochemical ozone formation, and energy consumption (Jegannathan et al., 2012; Çimenlik, S. et al., 2021). Assessment for the environmental effect of the comparison between enzymatic and conventional processes is being done with the Life Cycle Assessment (LCA) tool which has been widely used while the use of the carbon footprint concept which is limited is being done by using the Environmental Impact Assessment (EIA).

Every industry has a role to play in reducing the climate crisis. By implementing the use of enzymes in their processes instead of chemicals, the high market demand would not be damaging to the environment from the reduced waste and side effects. The ability of enzyme producers to provide enzymes in a more environmentally friendly manner will involve consumer industries to participate in the prevention of climate change (Joshi Y, and Rahman, 2015).

Considering that enzymes are widely used in other industries, catalysis as a result of the use of enzymes will help reduce the climate crisis. For example, the utilization of enzymes in the production of biofuels (Bessou, et al 2011). The advantage of CHOP system in lowering the downstream costs would lead to lower cost of the enzyme products. Thus, this will encourage consumer industries to use enzymes more in their productions.

The system we present in this project, might contribute to the world of biotechnology and can be built upon. We provide

alternatives and examples of the use of biotechnology to overcome the climate crisis in the hope that future prospects will be increasingly aware of the environment. We also mentioned in several media platforms the information that the use of enzymes is environmentally friendly. This could lead to small steps towards climate action and prevent climate change even more.