In our kill switch design, we hope to generate a stronger pBad promoter with greater expression rate and wider inducing range. With the regulation of both constitutive promoter and L-arabinose induced pBad promoter, we hope it can help the pBad to increase its expression ability. 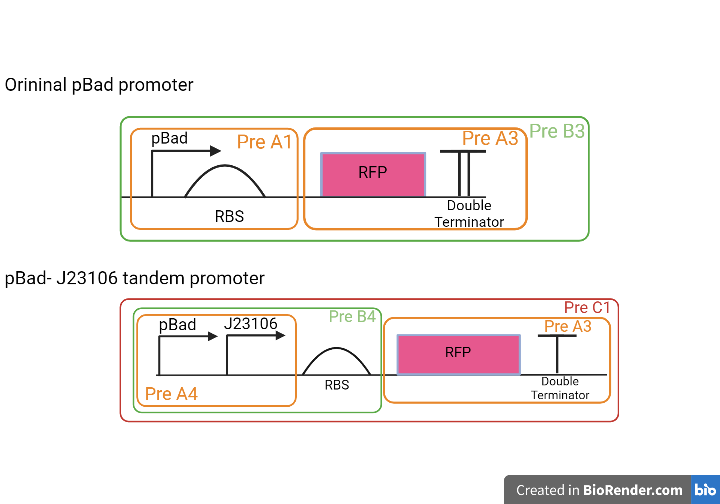 RFP Intensity Experiment
We made a series of liquid cultures with different concentrations of L-arabinose. Then, we cultured E. coli  DH5-alpha with pBad and pBad-J23106 separately. After making the bacteria shake at 24°C for 24 hrs, we tested the RFP intensity and OD600 of these liquid cultures. 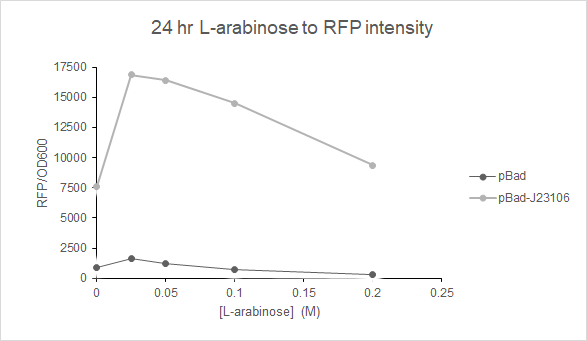 Fig 2. The comparison between pBad and pBad-J23106 after 24hrs induction.
According to the figure, we can see that pBad-J23106 significantly outshines the original BioBrick_BBa_K206000. When the L-arabinose is lower than 0.025 M, both the pBad and pBad-J23106 promoters were induced. The RFP intensity of the improved part pBad-J23106 reached about 17000 at the L-arabinose concentration of 0.025, which is eight times higher than the original part pBad. The expression rate of pBad-J23106 still exceeds the origin part pBad at the concentration of L-arabinose higher than 0.025. We implemented this design in our kil-switch. Please visit our project Results page for more information.

Authored and maintained by Team NYCU-Taipei 2021.