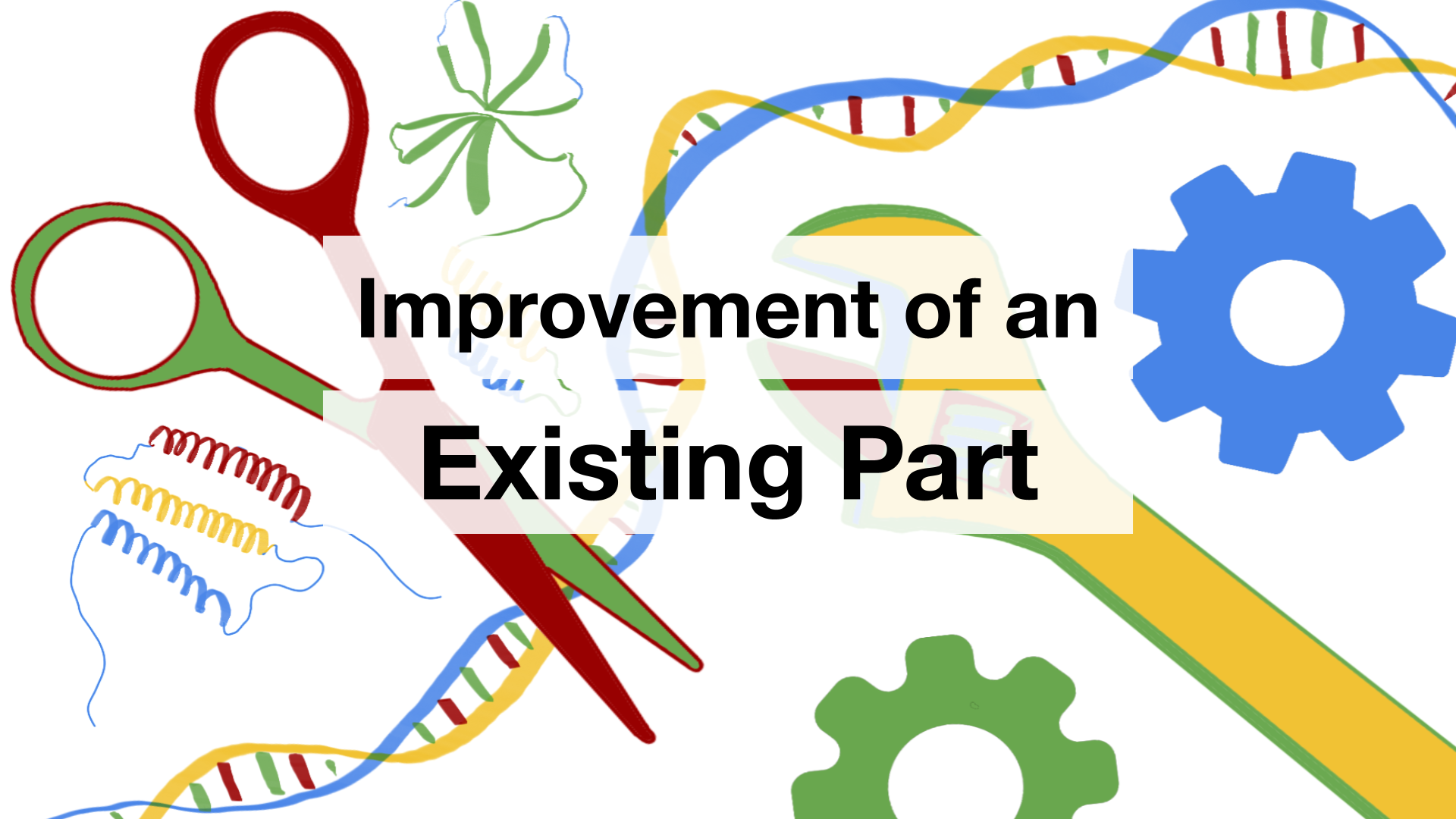 One registered part in the Part Registry of iGEM is the LbCas12a(BBa_K2927005). Our team aim to construct an improved LbCas12a enzyme, which is the LbCas12a-RVRR(BBa_K4053001). Different from LbCas12a, the LbCas12a-RVRR has more varied PAM, achieved by introducing the mutations at the analogous positions of the RVR and RR variants of LbCas12a.

These two enzymes were used to detect the same target, BRAF V600E. We made several mutations for the WT-LbCas12a plasmid and managed to purify the LbCas12a-RVRR. We also tested both enzymes in the Fluorophore-quencher (FQ) Assay and found out that the LbCas12a-RVRR can better differentiate between the mutant and wild type DNA template, hence providing higher sensitivity for snip detection.

After complexing WT-LbCas12a and LbCas12a-RVRR to the gRNAs, we tested their detection performance against BRAF-V600E by using the FQ reaction and recorded the fluorescence signal. 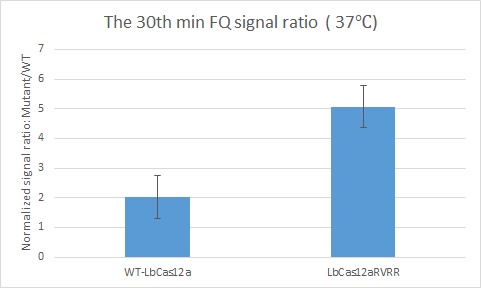 Signal ratio of mutant to wild type for both enzymes