Synterception is a multi-tiered biocontainment system that was designed to be implemented by other iGEM teams to increase the security of their engineered constructs and reduce survival of non-target organisms that gain recombinant DNA. We were inspired to create this system because of a previous MSU iGEM project to develop a probiotic for bees. While carrying out this project, we learned about several gaps in current biocontainment strategies that will serve as a barrier to implementation of many types of iGEM projects, especially those that would require implementation outside of a controlled environment like a lab or factory.
One major gap we identified was the lack of a robust, standardized system to prevent horizontal gene transfer of synthetic parts. Although efforts to produce a genome-recoded strain of E. coli in order to enhance biocontainment are underway, these advances are still several years ahead and are only applicable to systems that can be implemented in E. coli, which is not a practical chassis organism for all projects.
We hope that our multi-tiered biocontainment system can be implemented by other iGEM teams to increase the security of their engineered constructs and prevent unwanted horizontal gene transfer. We envision that with further development, our secure strain of E. coli can be deposited on Addgene along with a plasmid construct into which teams can integrate their genetic parts. We believe that our layering systems could be easily translated into other microbes as well for more diverse applications. 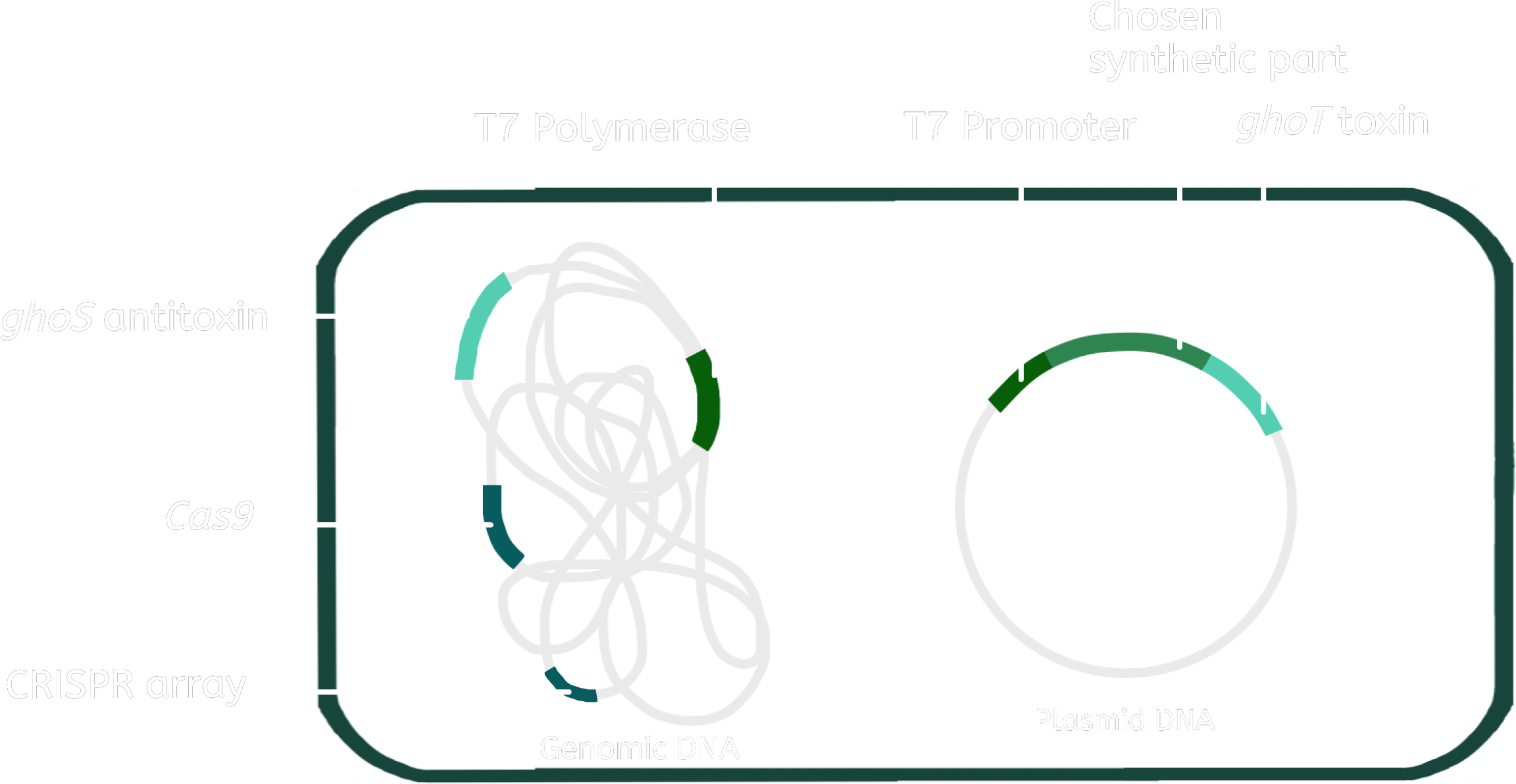