The process of implementing our ideas and concepts on making MethaGone a reality can be easily systematized in the framework of the DBTL cycle iterations. 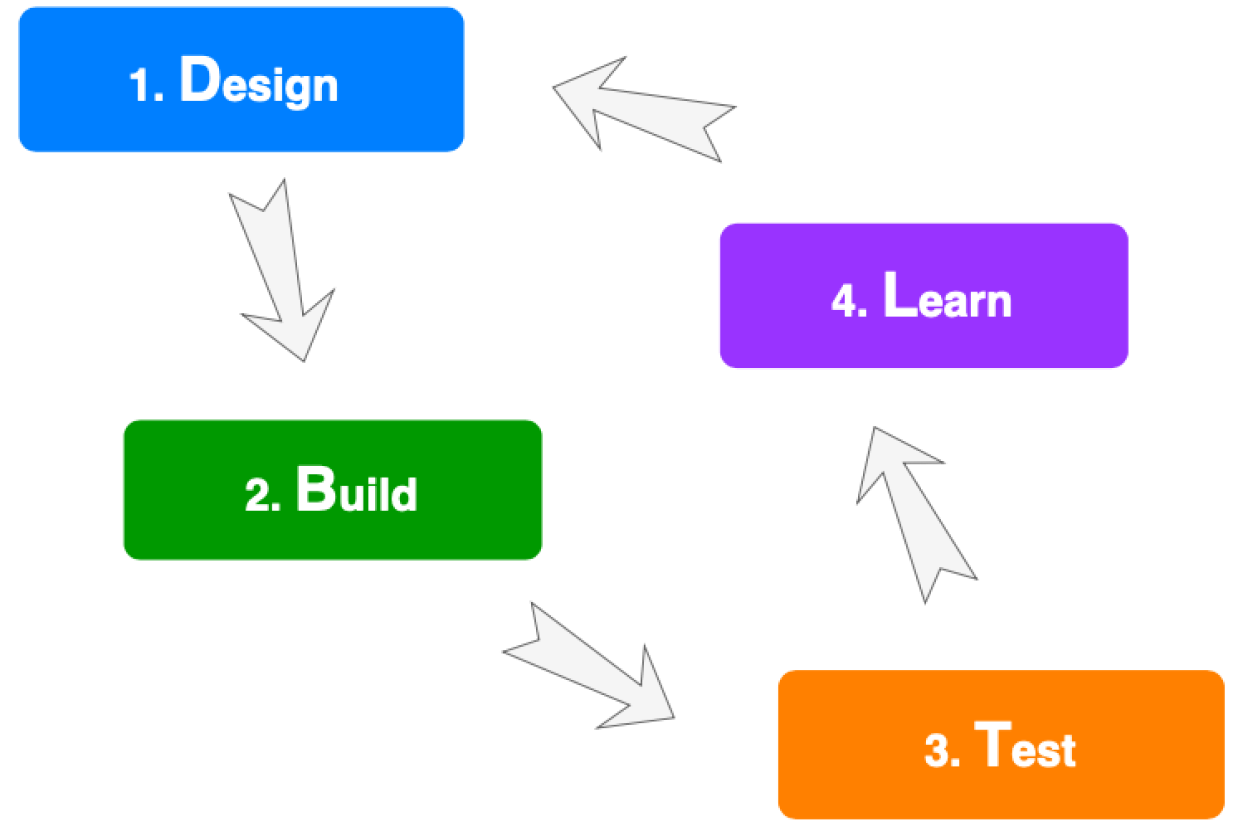 For our project, we aimed at inserting multiple haloperoxidases from two organisms, Asparagopsis taxiformis, and Chondrus crispus. Initially, we wanted to insert three genes of A. taxiformis and two of C. crispus. However, we realized that the genes themselves would be large and inefficient in the Gibson assembly we wanted to carry out.

We wanted to be able to produce the proteins simultaneously so that we could increase our efficacy. By doing so our Mbb2 protein, which is a reactive oxygen species generator, will be produced alongside the bromoform producing genes. Since all of them required ROS to be able to carry out their process. Adding spacers between the genes would give us the flexibility to create different combinations with these different genes.

As a solution, the Spacer system was developed — a simple sequence of nucleotides, which would be present before and after each gene. In the end, it allows us to generate multiple gene combinations enabling us to test different types and create a graph of the most effective genes. This would also lead to a reduction in the number of primers that are needed. Only two sets of primers were required to PCR and prepared the genes for the Gibson Assembly as they had the same spacers.

A RBS site was engineered to allow us to simultaneously translate the protein in our different combinations. We also implemented a restriction site XbaI in the Forward Spacer and NdeI in the back-spacer. By doing so, we were able to use one set of restriction enzymes and able to separate the genes from the construct and detect them in a gel in one reaction.

We then used the spacer system approach and our corresponding primers worked as desired and it gave the correct assembly, which was confirmed by gel electrophoresis and sequencing.

From this we confirmed that the Spacer System would be able to create different combinations of genes as well as different orders when using specific primers for the order that is desired.

It was important for us to make "MethaGone" as safe as it can be. For that reason, the testing stage had to be very reminiscent of in vivo, in cow conditions. However, it is impossible not to take into account the unethical nature of this approach.

The solution was our development and simulation of the gastric tract of a cow - our Gut in Glass. This is an easy-to-build and, therefore, highly adaptive adjustment. A video guided tutorial was made to explain the rumen simulation set up, you can find it using the following link.

Once set up, the rumen simulation provided a stable anaerobic environment, a suitable habitat for archaea and other microorganisms present in intestinal systems.

Repeated testing over long time periods were needed to ensure that anaerobic conditions can be maintained for long experiment that need to be conducted overnight.

Leaks were found and fixed, and correct conduct was tested for working with the simulation, while disturbing the anaerobic conditions as minimal as possible.

Further additions of the simulation included adaptations for temperature measurement and a volume measurement technique.

In our experiment, we were successful at showing that there are differences in gas productions between the control simulation and the one where bromoform was added. With this information, we have confirmation that we are able to continue our project with this setup, testing more results and expanding the time-scale of the experiment. More information can be found at Project Modeling "Gut in Glass" section.