Methagone consists of a team of 12 undergraduate students supported by two student advisors from the MSP 2020 iGEM team. The supervisor for the team is Erik Steen Redeker, Assistant Professor at the Maastricht Science Programme, Faculty of Science and Engineering. He is the course coordinator for the synthetic biology course at MSP but this course is not a prerequisite for participating in the iGEM team.

Due to the nature of the Maastricht Science Programme, which is a liberal arts and science programme, we are allowed to choose from a variety of courses centered around science. The members of our team had chosen a variety of different courses before joining iGEM, leading to a stark contrast in background and knowledge. We found this to be useful in completing such a multifaceted project.

The organizational structure of our team consisted of creating sub-groups that were organized by a centralized team. The teams were External Relations, Programming, Scientific Communication, Journal, Funding, Drylab/Wetlab. The members of these teams are as follows:


Our team has received a lot of external input for our project. Be this help in establishing our idea, discussions about the ethics of this undertaking, advice on financial aspects and many more. Below you can find a list of all the external people that have helped with this project. We would like to thank each and every one of them for their great input and help.


Teams we worked with:


The scientific communication group’s main goal was to spread awareness about our project and the issue that it is trying to tackle and the actual science itself. Additionally, the group developed educational materials and conducted school workshops to inspire & educate younger generations about the field of synthetic biology. Three main projects were conducted by this group:


The documentary was one of the main undertakings of this group. To produce this video, members of this group thoroughly researched the underlying GHG pollution issue in the Netherlands. Subsequently, they wrote questions for & filmed interviews with relevant stakeholders and gathered external footage. Editing was also done in-house by our team members.

Regarding the farmer interview, Achim Berrai helped us with the camera setup and Gaberiel Hauss assisted in filming the policy advisor interview.

This group was responsible for developing the card game CellBuilder. They designed the cards themselves, the game mechanics and instruction manual. Additionally, they conducted test runs of the game to collect feedback from both team members and other students. Based on the feedback collected they modified their card game to optimize its playability.

Two workshops were held by our team members Tim Davalan and Saskia Rapp. The first workshop was held via Zoom for teenagers in Switzerland thanks to the help of teacher Lilly Davalan. The second workshop was conducted by our team member Cillian Ross in Den Haag for children with learning disabilities with the class of Boris Goenendaal.

The MSP vector is an initiative that we are running again this year. This is a peer-reviewed journal that contains articles from a number of different iGEM teams. We began this by filming explanatory videos on how to best write scientific articles and literature reviews. This was done with the help of a past and a current professor in our program, Joop Hoekstra and Roy Erkens. This was followed by a manual explaining how our submission and review website worked. The articles were then collected and teams were assigned other articles to review. Lastly, the completed articles were revised and formatted to create a coherent journal that can be printed.

Teams we worked with: 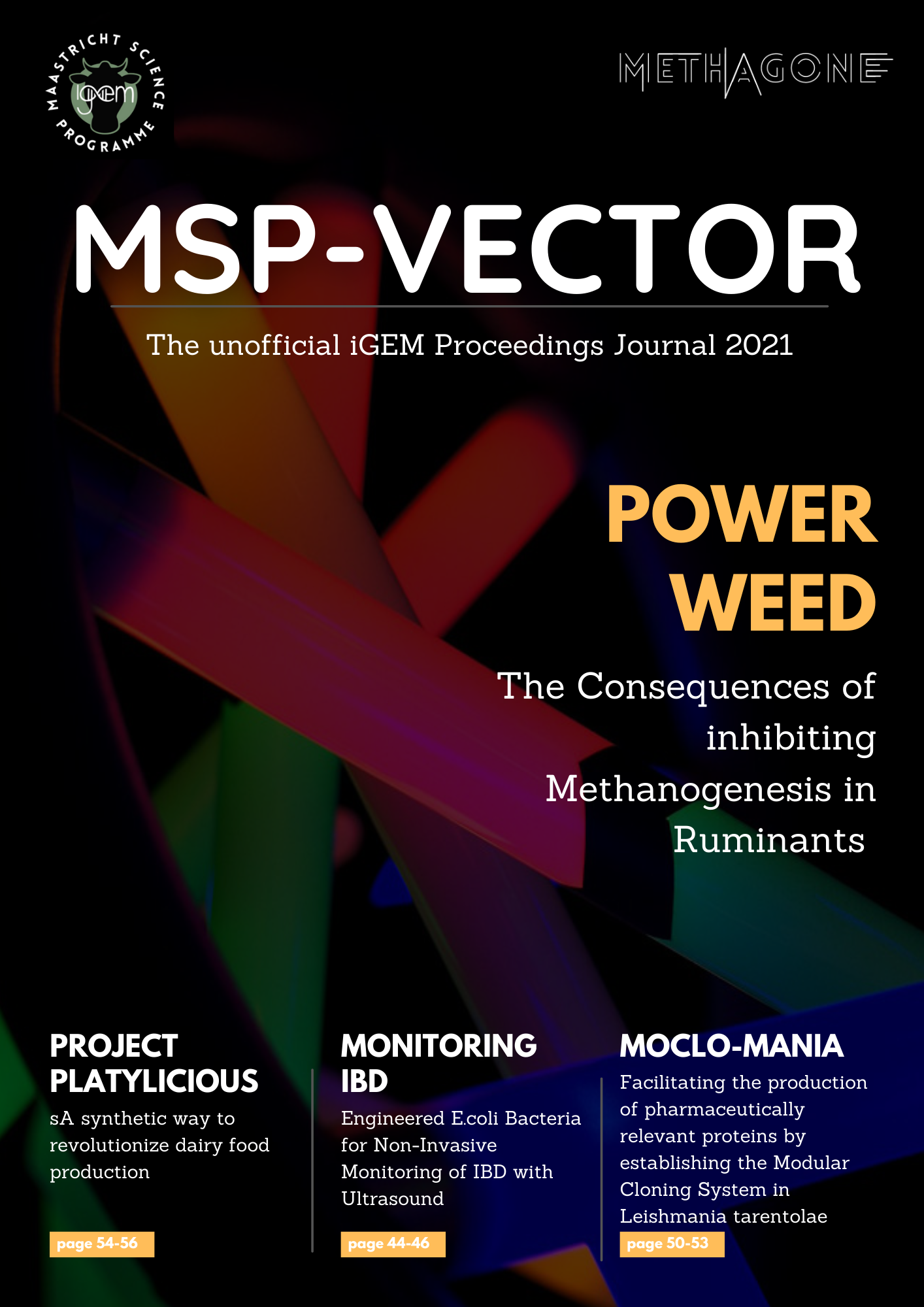 This team was in charge of the finances for the team. This includes acquiring funding in a variety of different methods as well as budgeting, allocating, and tracking any expenses the team encounters.

Acquisition of funds began by cold emailing a list of contacts that had been compiled using an automated python program. Then a brochure was created and sent to any companies that we received a positive reply from. At this point, a number of grants were also applied for including Eurofins, Promega, Safety and Security Grant, Impact Grant, and Beckman Coulter Grant from iGEM as well as NWO open call grant and NWO Climate adaptation and health grant. We encountered little success from these means of funding. Therefore we switched our approach to focus on competitions, business pitches, and crowdfunding.

We entered several competitions from which we won the GeneScript monthly Twitter contest and received $2000, apparel as well as an honorable mention in the Molecular Cloud picture contest. We created and pitched out a project to Brightlands Venture capitalists where we received E250 and interest if the project ever became a startup. A secondary pitch was prepared for Nutrico but never came to fruition.

In August the focus shifted to crowdfunding after some research into different platforms was conducted with the help of Dr. Jermain Kaminski. It was concluded that the UM crowdfunding platform would be the most beneficial for us. The platform was set up with the help of Guido Vanderbroeck who is a fundraiser for SWOL/University Fund Limburg and runs the platform. Mr.Vanderbroeck arranged a E2400 donation from SWOL as well as a start-up donation of E2000 to our crowdfunding. A goal of E10 000 was set but unfortunately, a total of only E3430 was acquired.

The programming team’s responsibilities include creating a metabolic model, a website that implements an Open Journal System for the MSP Vector, and designing and programming the Wiki page.

A metabolic model was created aimed to see what would theoretically happen when the genes we use are inserted into the bacteria.

The journal website created includes a Home Page and Team page followed by pages for the journal including Workshops, Journal Platform, Events, and Community.

The biggest task this team faced was organizing the information, designing, and then implementing the wiki pages onto the iGEM servers

The drylab group, which eventually turned into the wetlab group, has been responsible for the scientific aspects of this project. Their work involved reviewing the literature, planning experiments, locating lab resources, and conducting lab work. For our project to be successful, lab work is irreplaceable, therefore we received support from members of other subgroups in the wetlab, as well as occasionally in the drylab as well. Close contact with our supervisor, other students of specific fields, as well as experts abroad were crucial to conduct our work.

We made use of the resources that were provided to us including Soma Péter Rudi and Silvio Bonni who help with locating lab resources as well as how some process were carried out. Furthermore we would like to thank Saga Bjornor, with whom we worked together in the lab on various aspects, such as cell lysis and staining processes.

The lab strategy started with creating an overview of the problem and an attempt to solve it in a scientific manner. Gene sequences had to be found, edited and ordered. Experiments needed to be researched, planned and scheduled. The experiments were executed by following established protocols. Bacterial competence, PCR, Transformations, Mini-Preps, running Gels, ELISA, and the rumen simulation are some of the aspects that the wet lab team worked on. 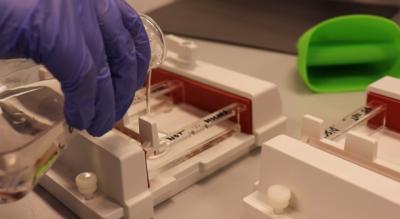