Our goal for Cobatect is to develop a totally functional bio-electronic sensor capable of detecting vitamin B12 deficiency. We want our device to be compact and easy-to-use, but first of all we need to make some tests to better understand how we should measure the activity of Shewanella oneidensis (S. oneidensis). The theorical design to measure the electrical activity of S. oneidensis is quite simple. We took inspiration from a paper published in 2019 by J. Zeng [1] with an anode and a cathode separated by an ion exchange membrane. The anode is in contact with S. oneidensis in a bacterial medium and the cathode is just in the same medium but free from any bacteria. 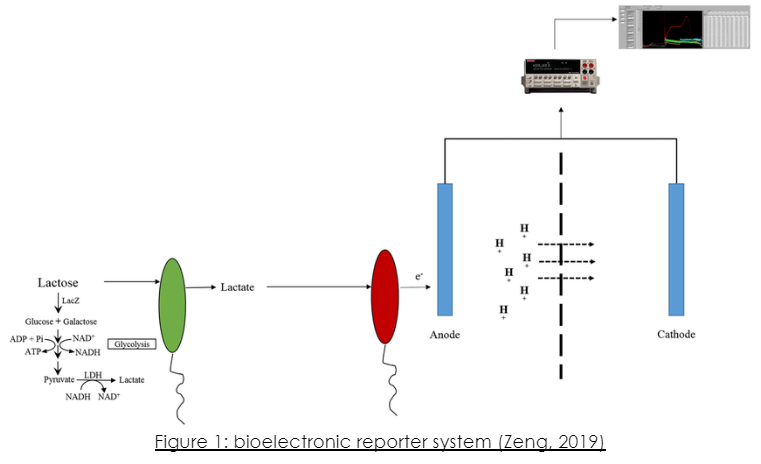 Our first design to test our system was a bit rustic but worked quite well. We took two 50 mL falcon tube maintained together by the cap with a clamp. We made a hole on the side of the tube to put our anode and cathode inside the tube as shown in Figure 2. 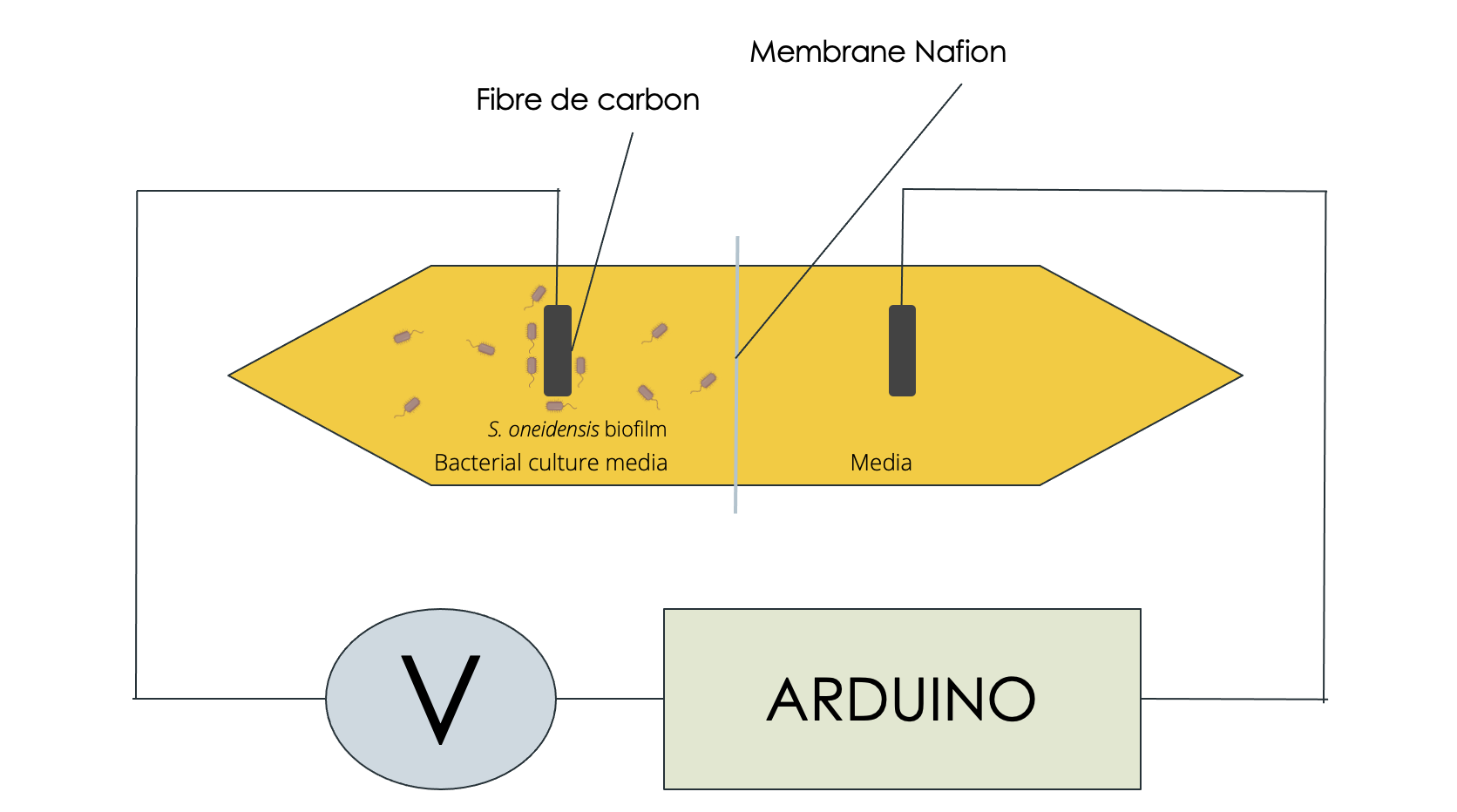 
To measure the electrical activity of S. oneidensis we used a voltmeter. To collect the electronic data, we download a software on our laptop that allow doing time-lapse. We set the soft on 1 picture taken every 20 minutes, over 48h. We then copy the results on an Excel table and analyse the graph.

To automatise this process, we decided to link it to a series-connected Arduino card. Thanks to the help of Julien Grimaud, we managed to use a pre-registered code and modify it a little to measure the potential difference between the anode and the cathode. We were able to directly run the code through an excel table. The information collected was then stocked in an excel table ready to be transformed into an easy understandable graph. It didn’t work correctly but we will explain it a bit further.

Our first design was functional but not very convenient, so we decided to think on a 3D printed model that could be used for the same purpose. We had to think of a way to separate the tank in two parts by a NafionTM membrane and avoid any leakage.

Our first design was the one shown below: 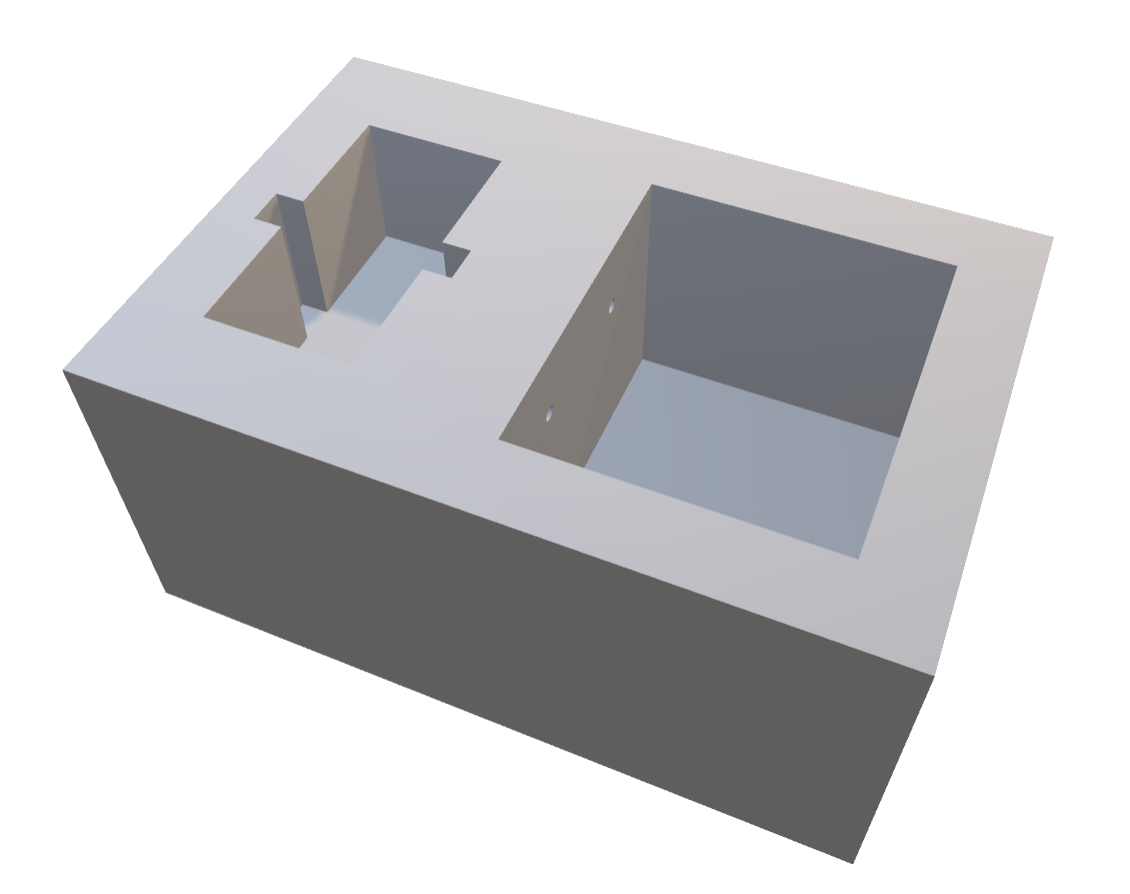 Our idea to separate our tank in two parts was by putting the NafionTM membrane between two 3D printed frames. The two frames were then inserted in a gap intended for this purpose. (See Figure 3) 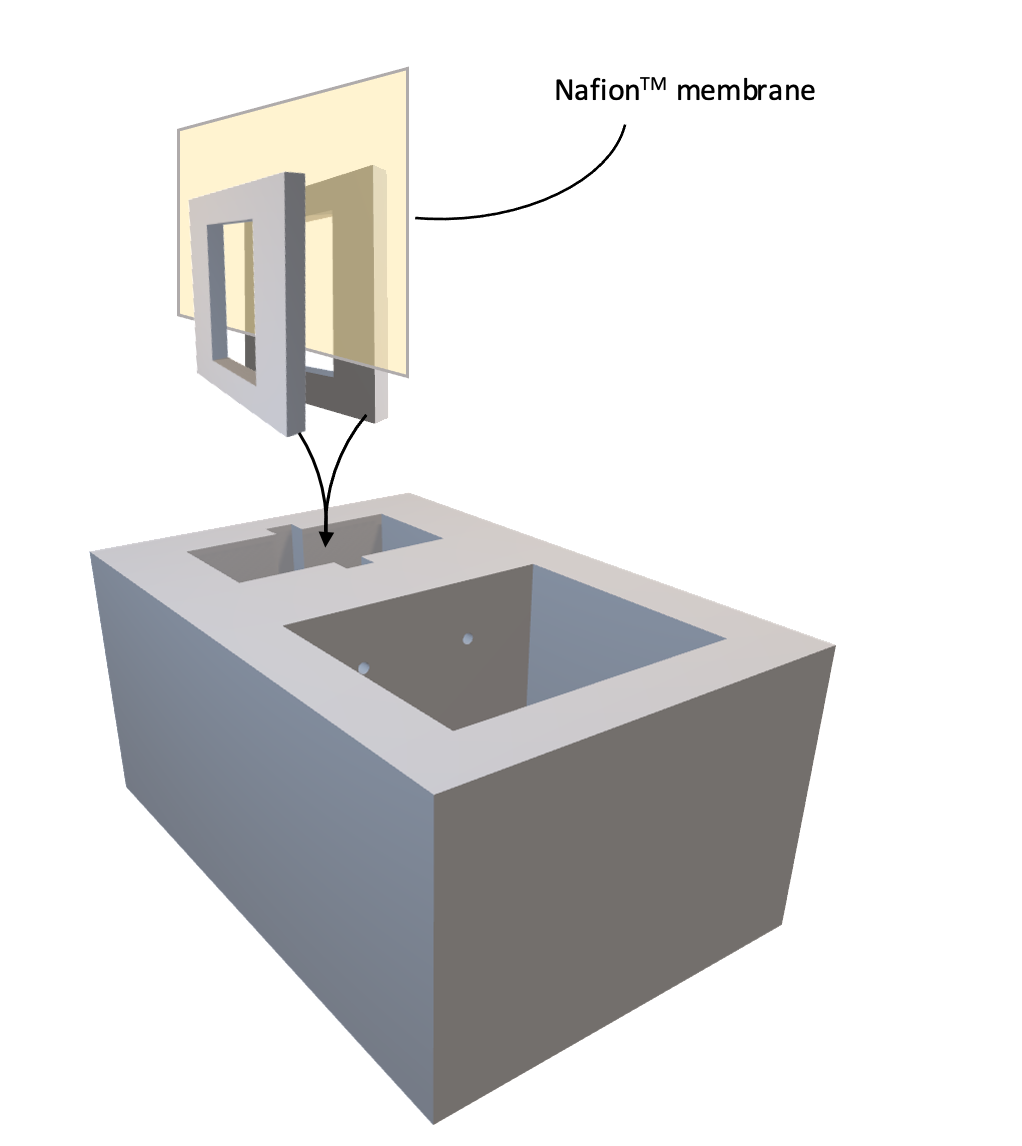 Figure 4: Separation of the two tanks by the Nafion membrane


Once the tanks were well separated, we inserted two wires in the tiny holes to have access to the tanks. At the end of the wires, we fixed carbon fiber as anode and cathode. At the other end the wires were connected to the Arduino card. A tank was also designed to accommodate the Arduino card (See Figure 4).
The wire in contact with S. oneidensis was connected to the analog input 0 (A0), and the other was connected to the ground (GND). The difference of potential between the cathode and the anode is then collected to analyse the electrical activity of S. oneidensis. 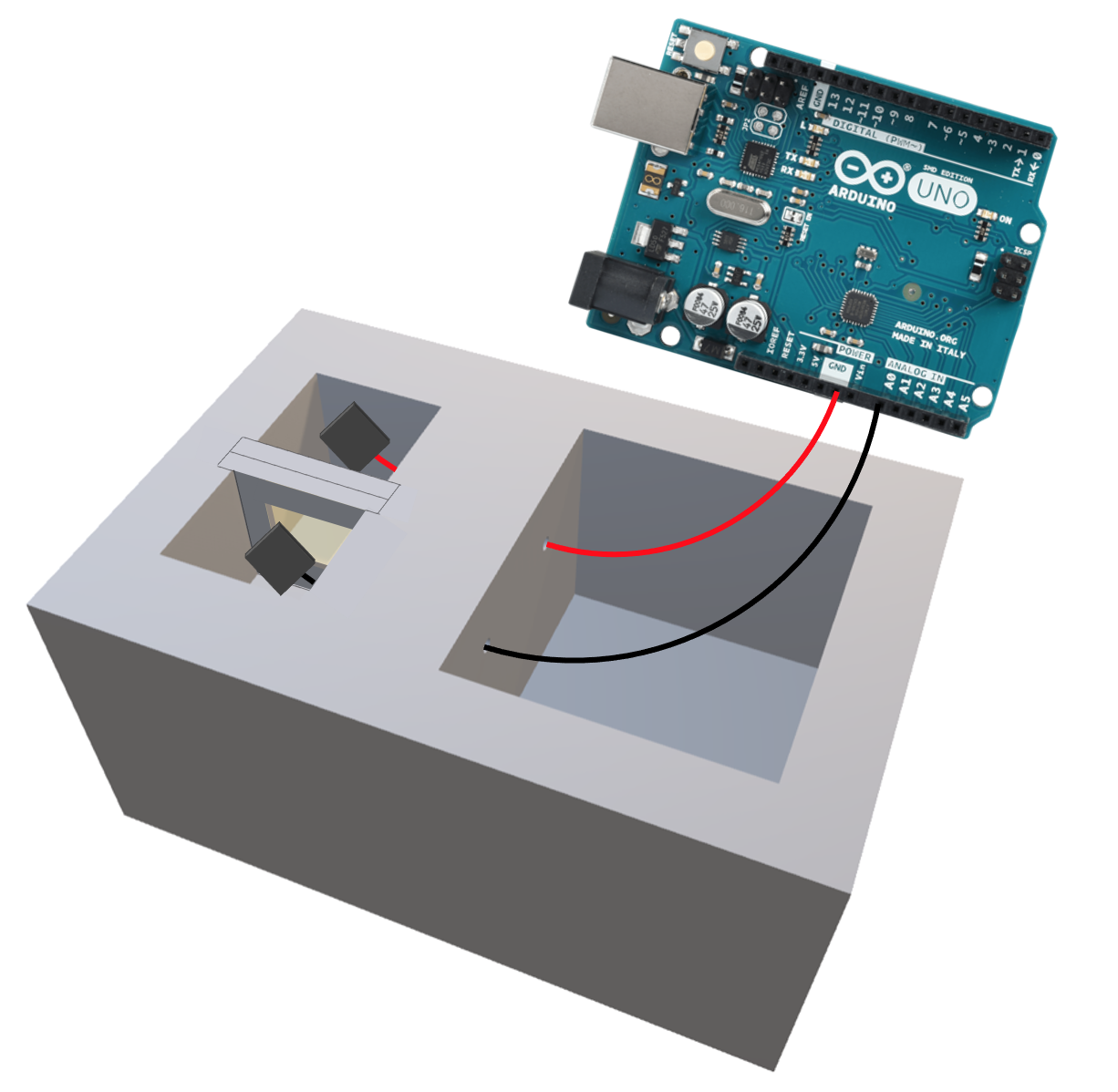 Figure 5: Design of the biosensor hardware, ready to use

The second problem was the hole made for the cables was too little and our 3D printer not precise enough. As a result, the holes were clogged by the melted plastic. We then decided to made slots instead of holes and we will fill in the remaining space with a glue pistol.

Our last issue was with the Arduino card which was not powerful enough to transcribe precisely the voltage made by S. oneidensis. Hopefully we found another card of the same type but more powerful, STM32. Let see in the next chapter the evolution of our code from Arduino to STM32. 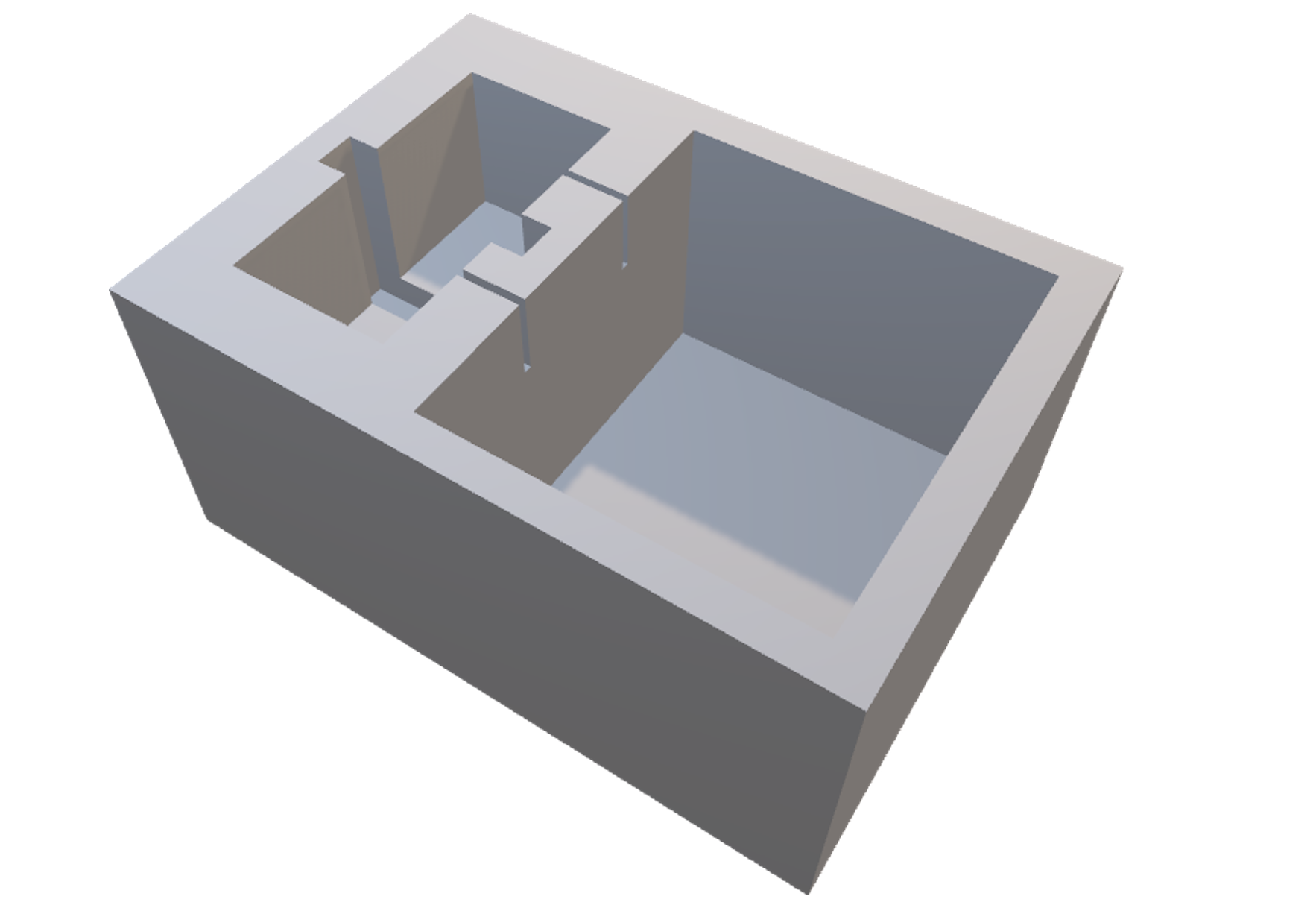 Figure 6: Final design of the biosensor 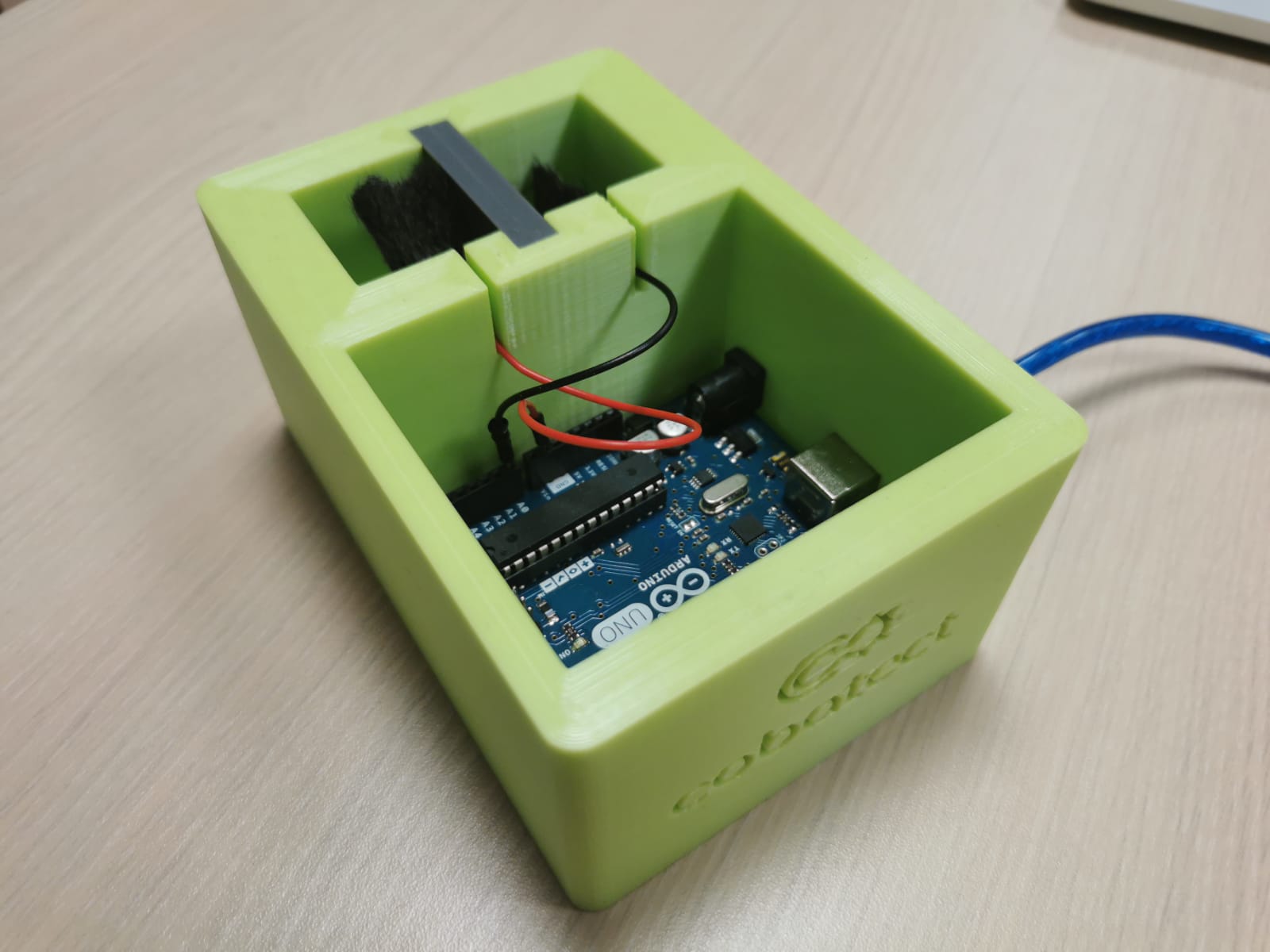