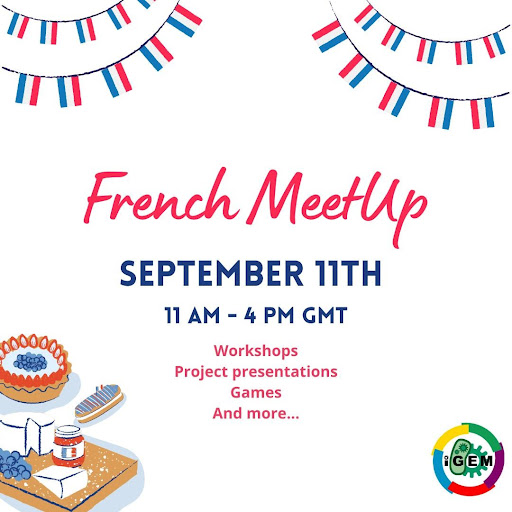 This year we have seen bigger than last year, we organized not an iGEM Paris Meet-Up but a French Meet-Up with 9 teams across France.


The event took place on the 11th of September, online and hosted by the 9 French teams (Team Nantes, Team Toulouse INSA-UPS, Team Aix-Marseille, Team GO Paris-Saclay, Team Sorbonne U Paris, Team Evry Paris-Saclay, Team Paris Bettencourt, Team U Paris BME and ourselves, Team Ionis Paris). Unfortunately, because of the pandemic, we could not organize the meet-up in real life. Therefore, it was done online, and it has allowed us to welcome teams from other countries. The goal of our event was to present the French teams and find interesting workshops for the other iGEM groups.


We had our first meeting in July to talk about the idea of creating a French meet up and not a Parisian one. We planned a meeting with the ambassadors to ask them about the organization and hear their opinions on it. For this meet up to be perfect, planning it took time and multiple zoom meetings took place during the summer.


Once we booked the date, 11th of September, we started to make a schedule surrounding the communication around the event, the search for speakers, the different workshops and games. For us, It was the first time organizing such a huge event and we are proud of how it turned out!


Here is a presentation of the workshops hosted: 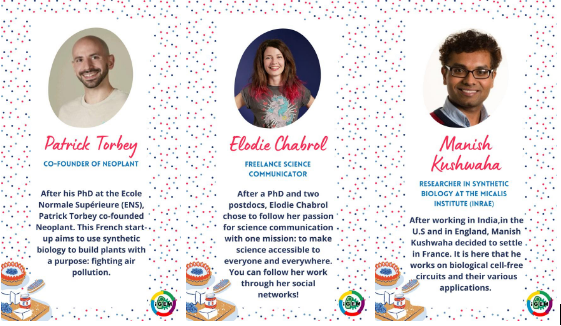 We also decided that each team would present its project. This exercise was a great way to summarize our projects to a scientific audience and prepare for the Jamboree. We also learned a lot about the other projects and new techniques. This allowed us to communicate with the other teams on similar techniques. 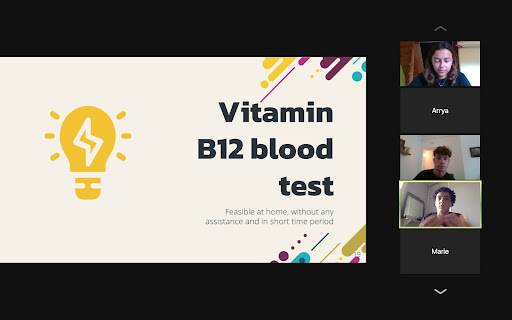 We would like to thank Patrick Torbey, Elodie Chabrol and Manish Kushwaha for speaking during the meet-up, it was very interesting.


And a grand thanks to the 8 teams Team Nantes, Team Toulouse INSA-UPS, Team Aix-Marseille, Team GO Paris-Saclay, Team Sorbonne U Paris, Team Evry Paris-Saclay, Team Paris Bettencourt, Team UParis BME for co-organizing the events with us and helping out for this project. It allowed us to virtually meet teams from all over the world, and we are excited to meet everyone during the watch party on the 14 and 15th of November !! 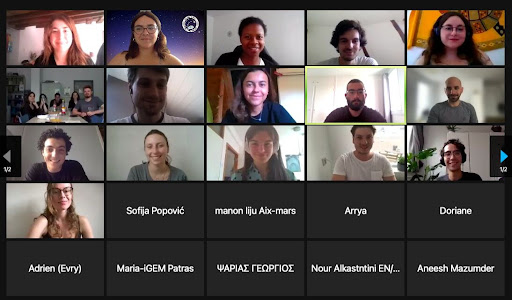 One of our main collaboration that we had the chance to do is the Eramus+ program, “Communicating Science to Non-Scientists” created by iGEM Thrace. 21 people from 5 different countries (France, Germany, Spain, Turkey and Greece) have met in Alexandroupoli, Greece for the purposes of this education program, in August. The programme involved communicating science using non-typical forms of communication, to a non-expert audience. 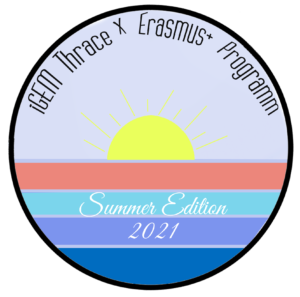 The aim of this exchange was to practice science communication through various means and show the end product to the local people of Alexandroupoli. More info in Science Education
Going on this program allowed us to connect and discover other cultures, create a theater play and learn how to dance. It was a wonderful experience.

Together with the other 5 Parisian teams (Team GO Paris-Saclay, Team Sorbonne U Paris, Team Evry Paris-Saclay, Team Paris Bettencourt, Team UParis BME), we had the opportunity to host a booth and organize conferences during a weekend in October at the “Cité des sciences et de l’industrie”. The goal was to teach children and adults about science. It is more detailed in the Science Educationpart.


We were finally able to meet in person with the other five Parisian teams after 6 months talking with each other through Zoom. We had a great time and speaking with people interested in science all day was really motivating to keep teaching people about science. 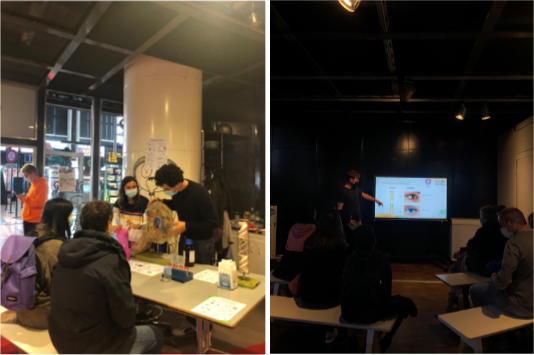 We participated in a cool education project collaboration from the iGEM Bielefeld. The goal was to translate in french the response to scientist questions of childrens (e.g., “What is DNA?”, “What are bacteria?”, “What is a PCR-test?”). Therefore after they will use it to create a mini-podcast series. Doing these translations helped us to vulgarize scientific explanations when we worked with children.

If you want to know more, check the International Education Module 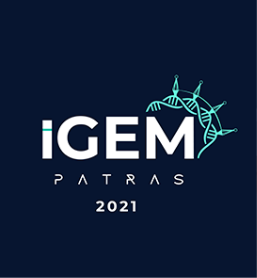 This year the iGEM team Patras organized a collaboration about Sustainable Development Goal (SDGs). The reason was that in 2015, the United Nations presented 17 SDGs, and their goals aim to improve the world we live in by 2030 in 17 different ways – from ending poverty, taking action on climate change, reaching gender equality, ensuring clean water and sanitation for all, to more.
iGEM teams can also help by achieving these goals through their projects! The purpose of this collaboration was to send a video of sustainable goals that our iGEM teams will accomplish this year.
This challenge made us think of the impact we will have on our world by 2030 and how we can change that at our scale.

Vitamin CookBook Collaboration with Northern BC and TU Delft: 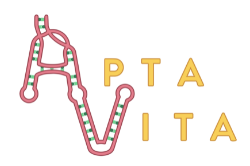 We had a collaboration with team TU Delft and Northern BC to create a Vitamin Cookbook, in order to communicate the importance of vitamins for health.
The collaboration started with a meeting in July with the different poles of the team: Wet lab, Dry Lab, Human Practices, ... After our first meeting all together we realized that our project was similar, because we were all working with vitamins. So we chose to focus on education, and more specifically creating a Cookbook, where you could find general information about each vitamin, daily dosed and including some tasty recipes to make your diet complete and balanced.
This collaboration raised our awareness of the importance of vitamins in our diet. And now we have tasty recipes to try! 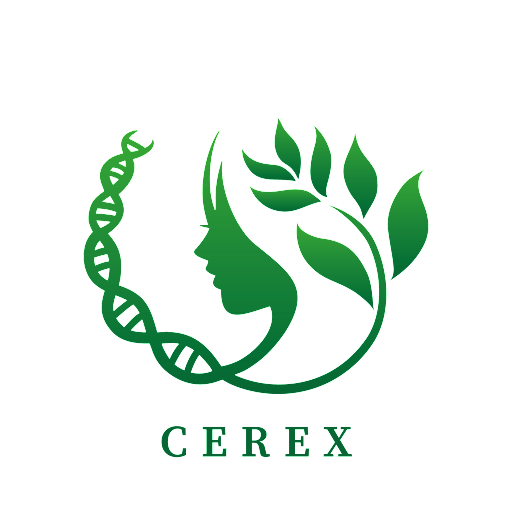 This year again we were present for the annual postcard challenge made by the German team, Düsseldorf. The goal of the challenge is that each team designed a postcard (80 copies): on the front, an image related to our project or synthetic biology and on the back, a small informational text.

Once the creation is made, all the teams send them to Dusseldorf, and once they receive it, they send a copy of each postcard back to every participant. This challenge was really nice, we really like creating the design with the team. And receiving all the different postcards made us realize the diversity of the project. We were also able to send out these postcards which allowed us to promote synthetic biology to the public. 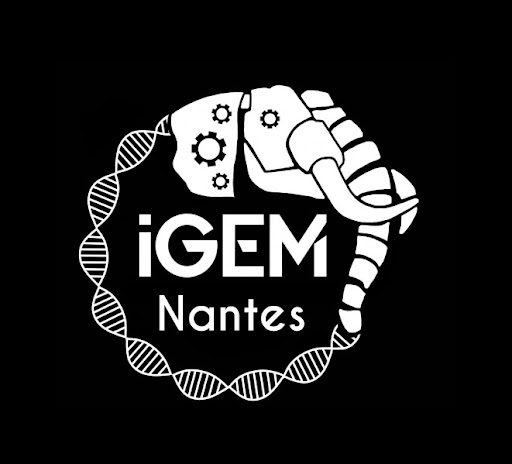 At the beginning of the year, we participated in a challenge by Team iGEM Nantes. We had to do a quick team presentation video in our mother tongue. The final result looks great and it is nice to see all the different teams !

With this collaboration, we traveled around the world! The TU Darmstadt teams of Germany recreated their paper plane project. The scenario was to catch a paper plane, spanning your finger, reappear with a lab coat and then launch the plane to the next team. The aim of the video was to connect with the other teams from all over the world. We had a great laugh filming our 10 seconds videos, we realized that it was complicated to throw a paper plane straight. Somehow, it was a way to connect us to some iGEM Teams from the entire World! 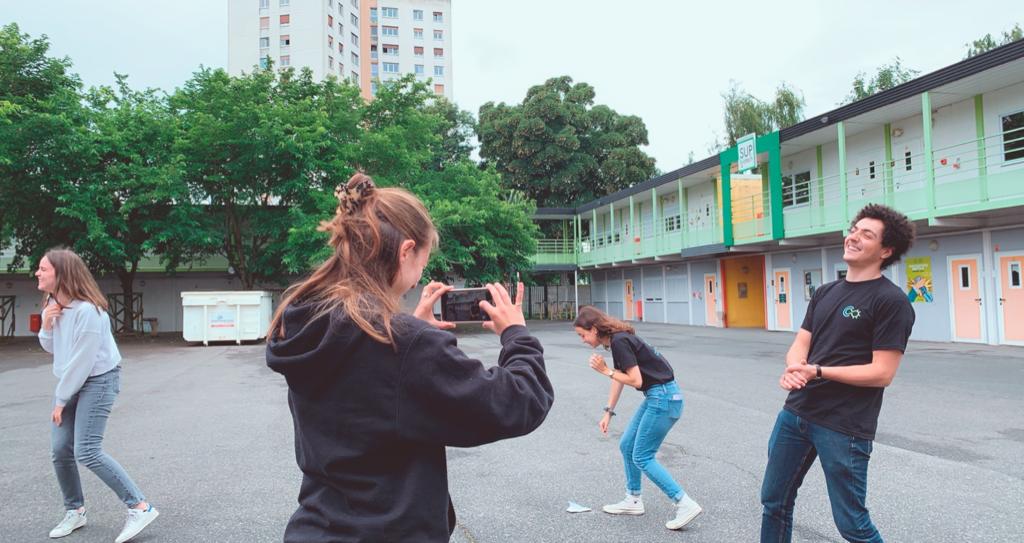