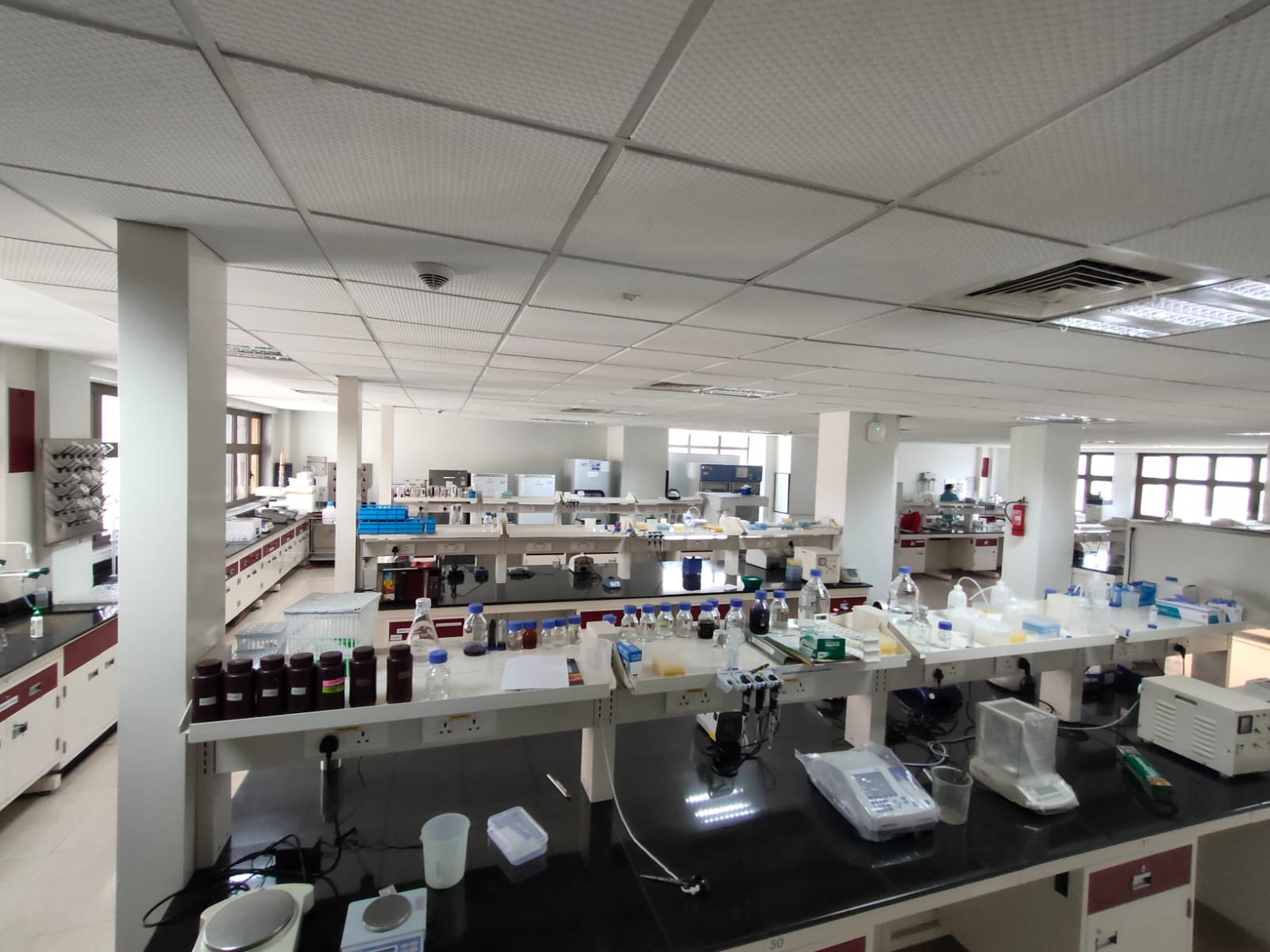 Our team is in full obedience to the safety and security policies of the iGEM competition. Furthermore, the team strictly followed the rules and regulations of the Institutional Biosafety Committee (IBSC) of IISER Bhopal. The Department of Biotechnology, India also supervises the implementation of biosafety guidelines in biological research labs across the country, and these are strictly in compliance with our institute. Each team member has received mandatory training about safe lab practices. Our laboratory supervisors were responsible for correcting work errors and conditions that may result in personal injury, including exposure to harmful chemicals, and for developing responsibility towards safety in laboratory operations. We were given a safety briefing before utilising any of the equipment. We were also shown where the fire and chemical extinguishers, emergency showers, and eyewash stations were located, as well as how to use them. 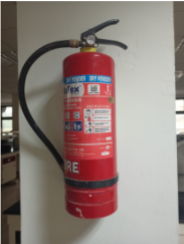 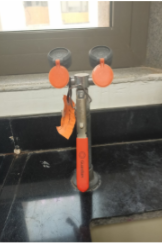 Working with genetically modified organisms (GMOs) includes hazards such as unintentional GMO release in non-GM facilities, which could have unintended consequences for non-target organisms, and horizontal gene transfer of genetic material. To prevent this, we used normal biohazard procedures for removing live organisms. 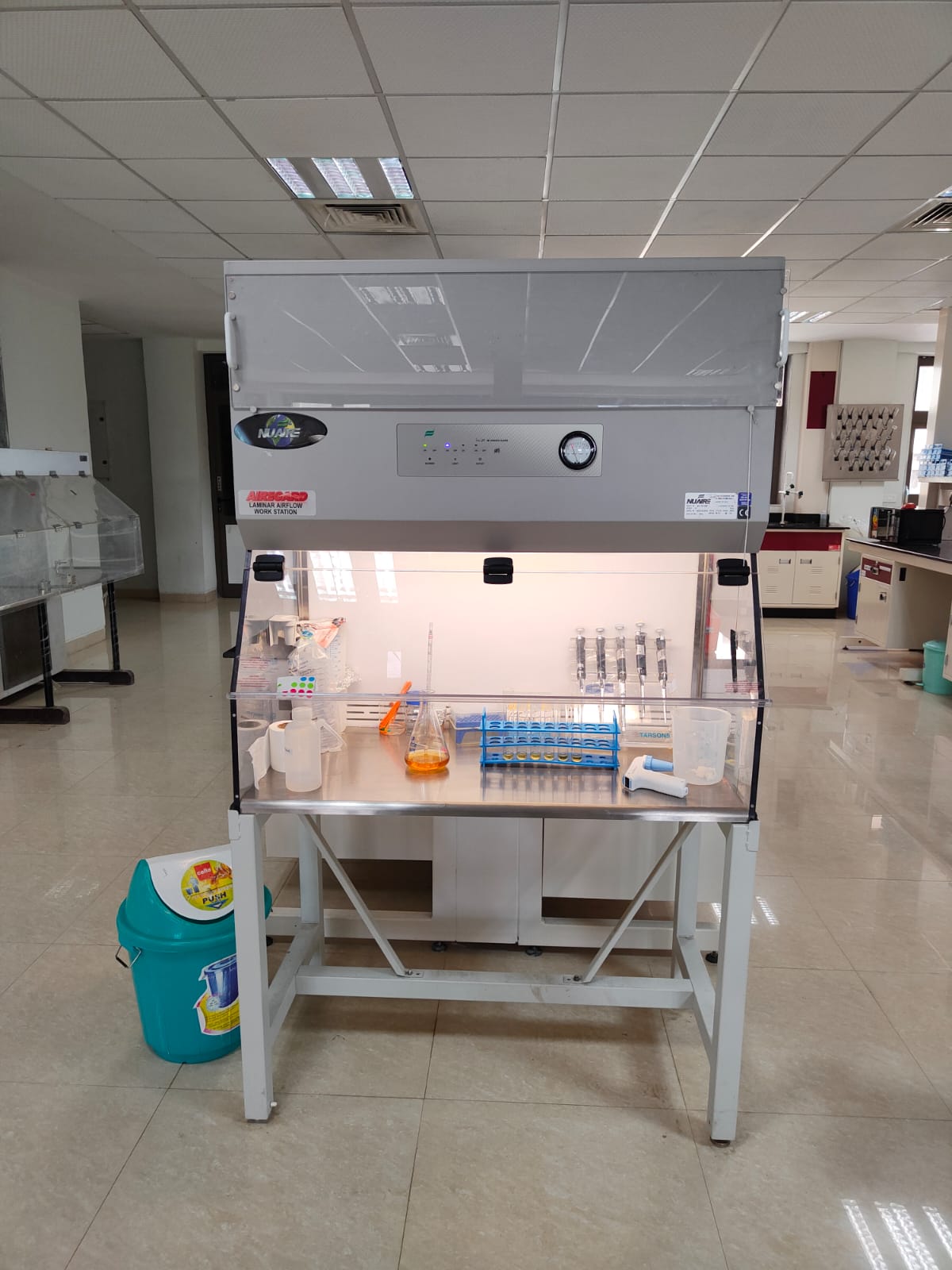 We have used E.coli DH5∝ as the chassis organism. According to the MSDS of E.coli DH5∝ strain is of Biosafety level-1 and does not pose major risks as it is non-parasitic, non-pathogenic, and belongs to Risk Group 1 (low risk). Moreover, they show no severe side effects and can be tackled by standard microbiology lab protocols in the lab in case of accidents. Even though E.coli DH5∝ shows no signs of hazards, the possible routes of exposure involve- inhalation, ingestion, eye contact, and skin contact. All of the bacteria-related experiments were carried out in a laminar flow cabinet. 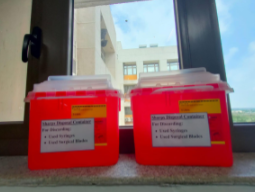 The Bifidobacterium Longum, an obligate anaerobe which was to be used for the experiments shown to localize only in hypoxic tumor regions in vivo, to secrete tumor-specific apoptosis-inducing peptides in the tumor microenvironment [1]. This means that these bacteria are not particularly dangerous to the members of the laboratory or to the general public. We were unable to work with the Bifidobacterium Longum due to a lack of time in the lab. If we were to operate with the same, however, certain safety procedures would have been taken.

(I)Kill Switch: We have incorporated a kill switch to ensure biosafety and to restrain the environmental spread of the transformed bacteria. Our kill switch consists of a holin-antiholin toxin-antitoxin system. Refer to the project design section to know the mechanism of the same. The Antiholin gene is controlled by an lactate inducible promoter so that it will only get expressed in high lactate conditions of the tumor microenvironment, which ensures that the bacteria can survive only in the tumor site. We have shown that the kill switch transformed E.coli DH5∝ bacteria can only grow in the presence of lactate in the laboratory, which can be found in the result section. 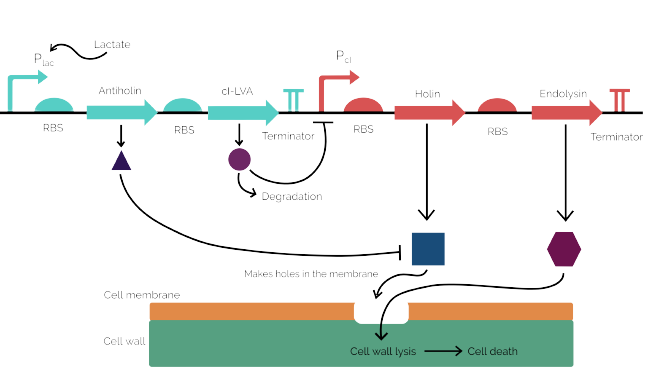 (II)AND Gate:To provide secretion- specificity we have added AND Gate, so that both TRAIL and Smac get secreted only in the tumour site. It is activated only when both hypoxia and lactate conditions are satisfied. We were unable to acquire access to the lab until recently due to the COVID-19 outbreak, which meant we were unable to complete most of the studies we had planned. All of our experiments, however, have taken into account potential biosafety concerns.. Such as while working with Bifidobacterium Longum, there exists a minuscule chance of unintentional environmental spread if the bacteria settles in a milieu satisfying both conditions- hypoxia and a high lactate concentration. Also, there could be a possibility of horizontal gene transfer, albeit significant only to the tumor microenvironment.