As a proof of concept, we show the experimentation in E. coli chassis but the project relies on the use of Bifidobacterium longum as the chassis organism. And to bolster the credibility of the proof of concept in E. coli, the pMB1 plasmid was chosen for cloning and expression of all our cassettes as pMB1 can also be cloned and expressed in B. longum[1]. Hence, only the codons need to be optimized for expressing in B. longum. 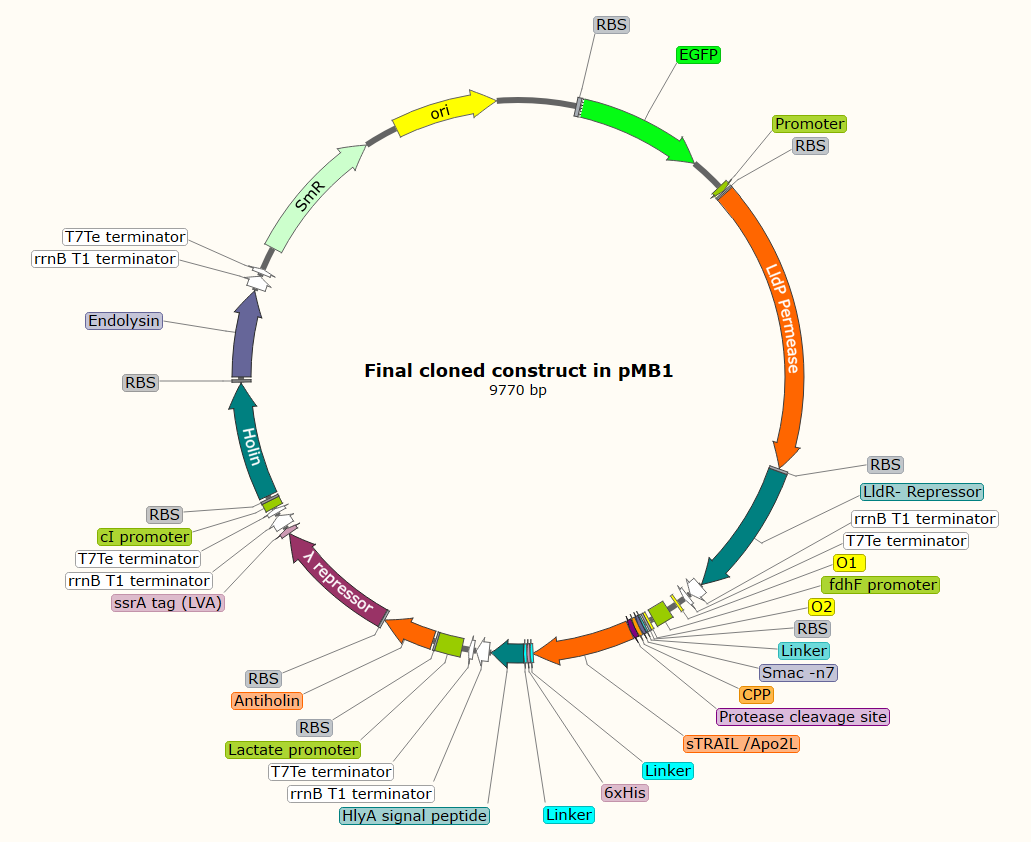 This cassette consists of the genes lldP (permease) (BBa_K3848008) and lldR (repressor) (BBa_K3848009). The lactate response cassette is responsible for uptaking lactate in the environment and performing the required regulatory functions on other cassettes via its lldR gene product and the lldR responding promoters in the respective cassettes. The permease helps rapid uptake of lactate from the environment and the repressor is involved in regulation in other cassettes (mentioned in respective cassette’s section).
We added a constitutive promoter (BBa_J23118) in the cassette, and a RBS (BBa_B0015) at the end to terminate transcription. Hence we have made this part functional for our purposes. The composite part for this cassette is BBa_K3848011. 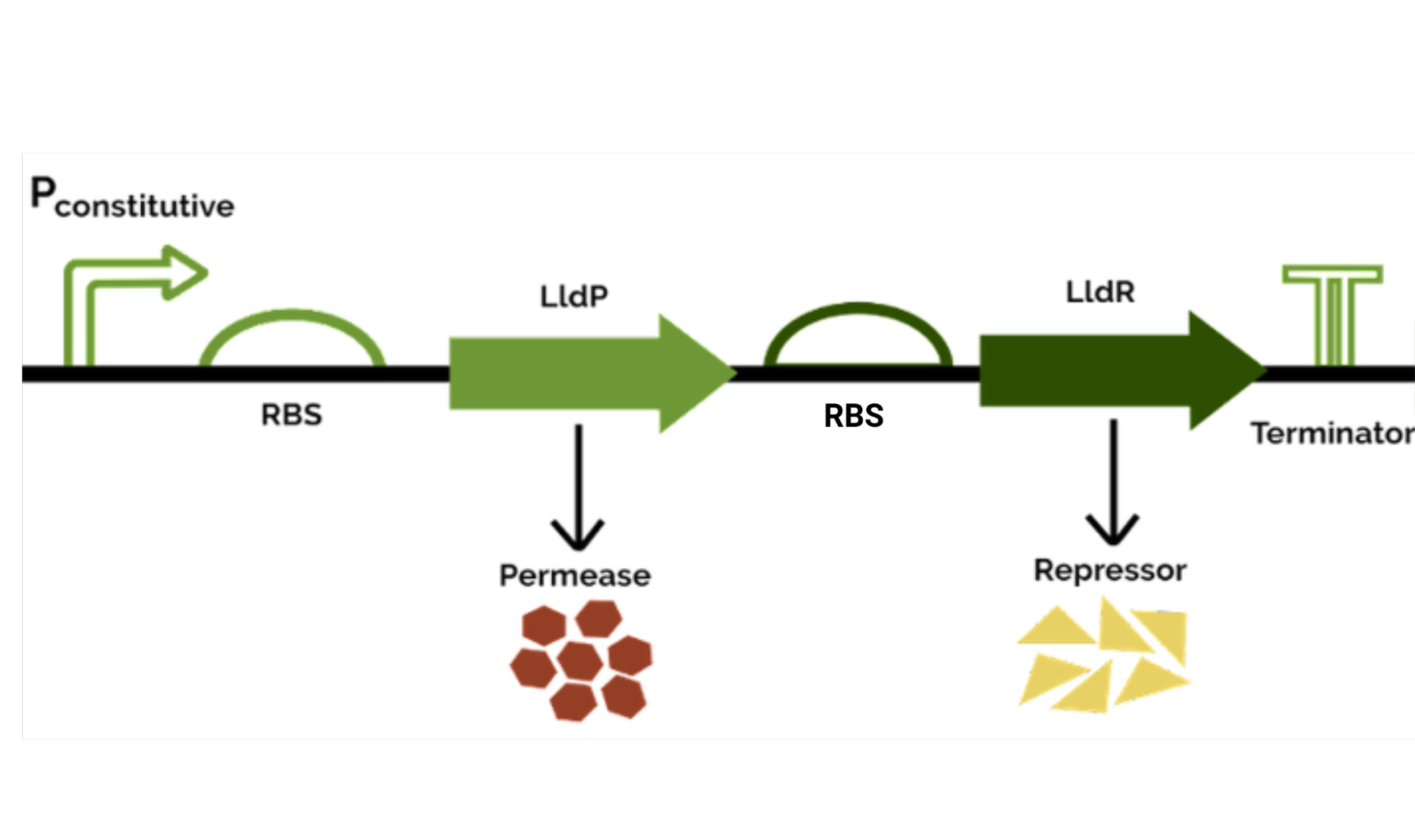 This cassette is regulated by an AND gate (BBa_K3848002) which responds to hypoxia and lactate concentration. This part of the fusion construct consists of a hypoxia-inducible promoter (BBa_K387003) intercalated between lactate operators (BBa_K1847008). The lldR negatively regulates the AND gate and the depression occurs in the presence of lactate (uptaken by permease). 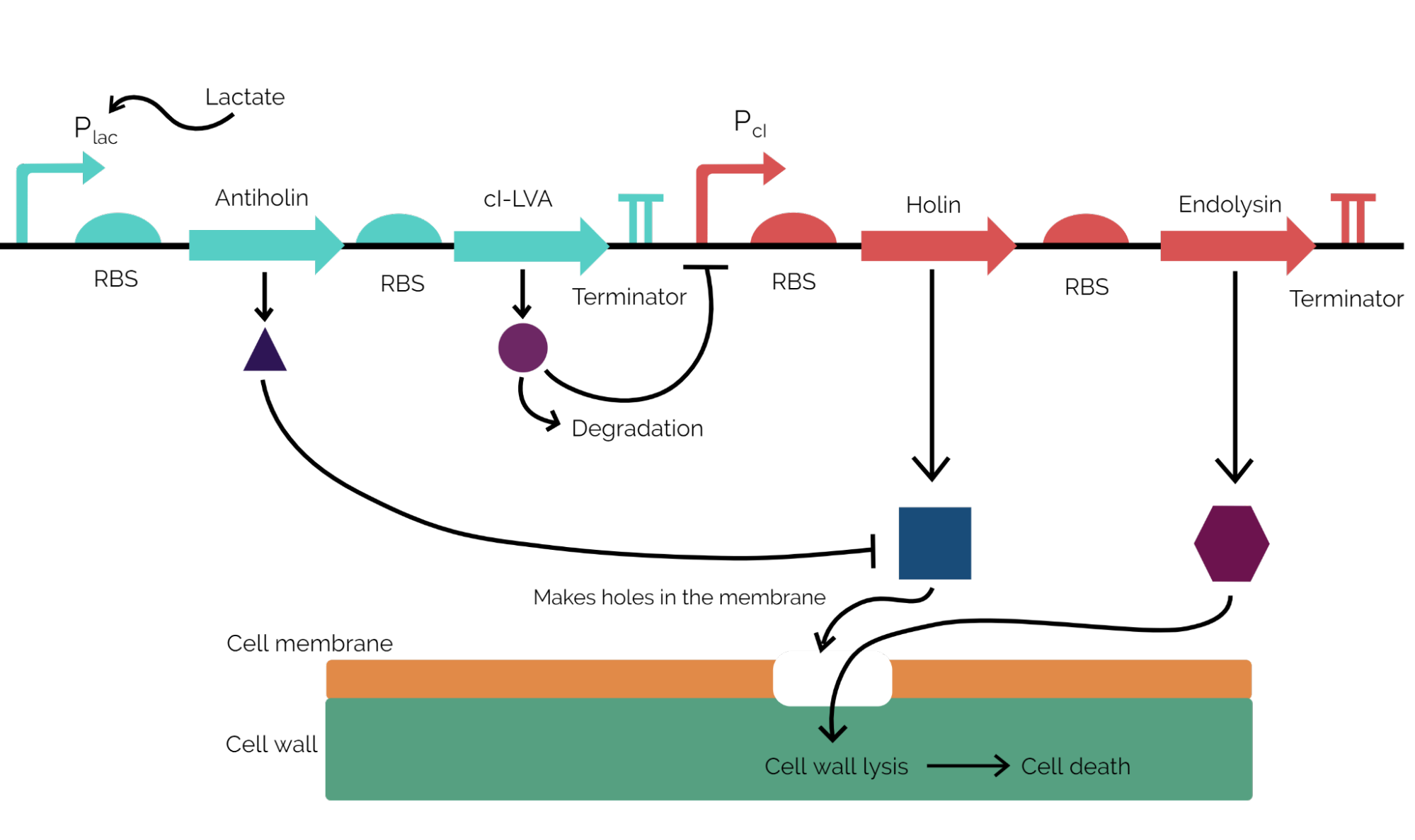