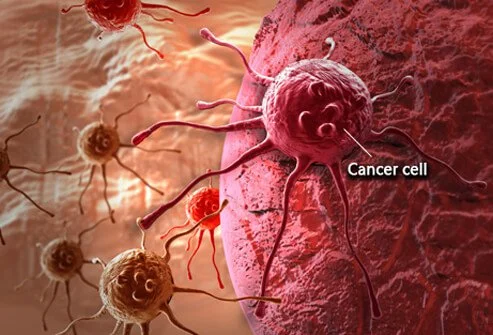 With this growing global burden, the prevention of cancer is one of the most significant public health challenges of the 21st century. The overarching term ‘cancer’ encompasses a plethora of diseases affecting any part of the body. It’s been pestering us for ages and we still seem to struggle in uncovering its intricacies and secrets which seemingly evolve over time as we discover new ingenious strategies used by cancerous cells for ruthless proliferation.

One defining feature of cancer is the rapid creation of abnormal cells that grow beyond their usual boundaries, and which can then invade adjoining parts of the body and spread to other organs; the latter process is referred to as metastasis. Metastases are the primary cause of death from cancer. Solid tumours represent approximately 90% of adult human cancers. They can develop in many parts of the human body, including the breast, lung, prostate, colon, melanoma, bladder, and kidney.

The currently available treatment regimes suffer from a myriad of severely detrimental side effects. Conventional methods like radiotherapy and chemotherapy cause side effects like hair loss, loss of appetite, degenerative issues etc. Treatment of cancer is both physically and mentally traumatising.

The currently available treatments are accompanied by several side-effects due to their non-specific nature. Some of the examples are as follows:

We thought of a way to introduce specificity in conventional models with the help of synthetic biology. Synthetic biology is a revolutionary field that has galvanized the entire perspective of drug-designing and targeting. With the help of synthetic biology, we can achieve unprecedented target specificity, thus procuring the desired outcome with the least possible collateral damage. Since the current treatments available for cancer are costly (at times exorbitant in cases of immunocompromised patients) & possess several side effects (at times severe), we aim for a highly specific and stringent apoptosis-inducing therapeutic injectible that would be user friendly, cheap and especially with minimal side effects. 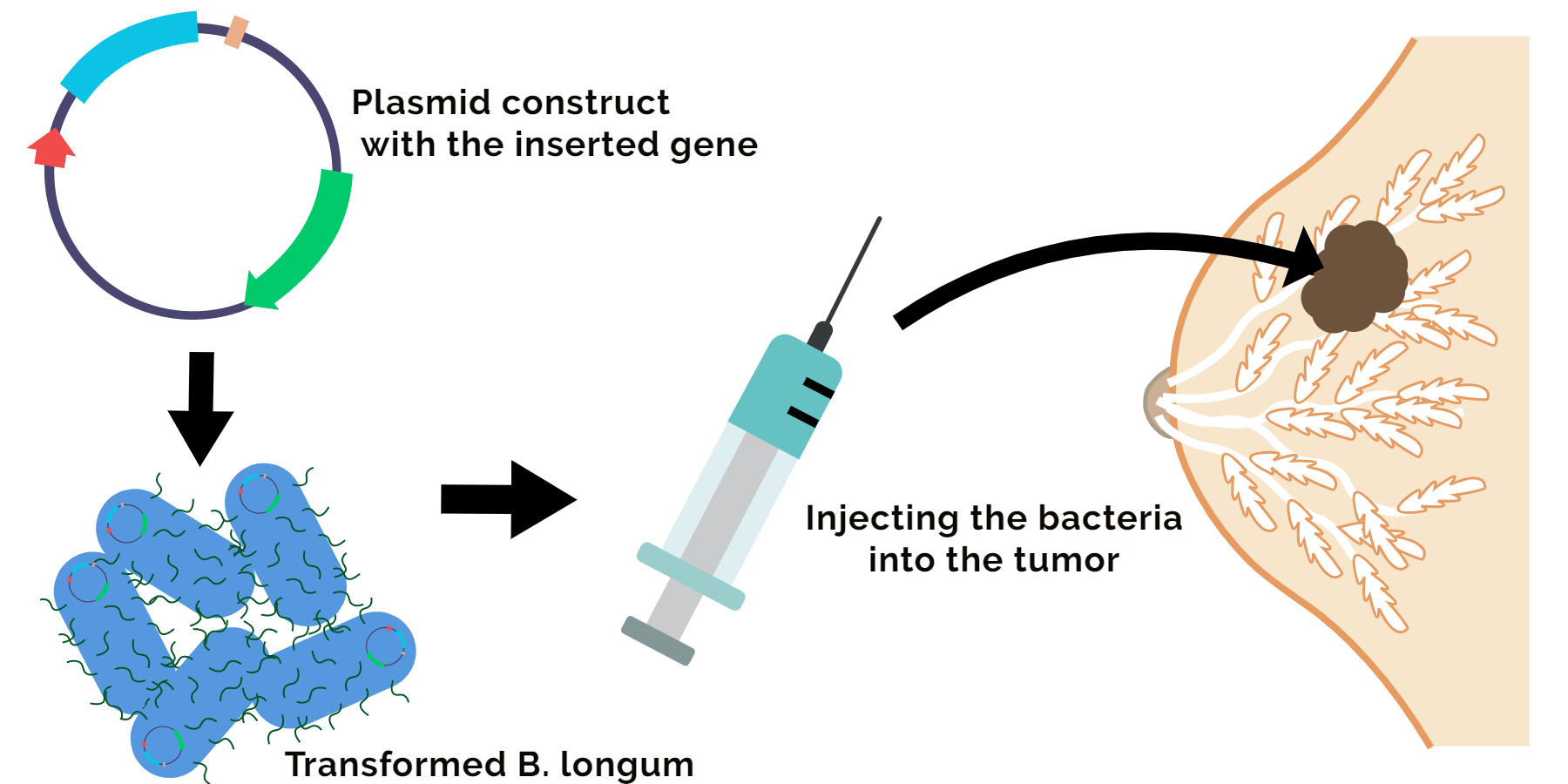 Our project aims to reduce the cancer load by significantly regressing tumour size, using an effective antitumor therapy that will lead to tumour-cell-specific apoptosis while ensuring no damage to normal cells. Our solution uses Bifidobacterium longum, an obligate anaerobe shown to localize in hypoxic tumour regions in vivo, and secrete tumour-specific apoptosis-inducing peptides in the tumour microenvironment. We plan to transform a fusion of the TRAIL-Smac gene, the human TRAIL gene (mediates apoptosis via extrinsic pathway) and a cell-permeable Smac/DIABLO gene (mediates apoptosis via intrinsic pathway) in our chassis. We will design an AND gate for the promoter of TRAIL and Smac/DIABLO fusion peptide such that secretion occurs only in tumour cells where high lactate concentration and hypoxia are present. Furthermore, to prevent the environmental release of the engineered bacteria and ensure patient safety, we will include a lactate-inducible Holin-Antiholin Kill Switch to ensure that bacteria would only survive in an environment where the lactate concentration is above a certain threshold level. This would kill bacteria that localise at the vicinity of normal tissue where the high lactate level condition is not satisfied thereby preventing damage to normal cells.