When we design our project, we hope to facilitate the synthetic biologist community, by combining little small inventions together. We saw a paper published in 2017 about a bacteria-based receptor platform and thought it was very powerful. We wanted to give it a step-up to expand its function, so that the science community could potentially use it to cater to different needs. Our kit are aiming to provide the synthetic biologist community with a customizable tool, to detect desired substances while expressing a protein of choice.

Professor Kong thought that our tool kit could be useful in the synthetic biologist field.

We have noticed that control of cell growth dynamics is rarely associated with detection in synthetic biology. But the potential of this association can be very diverse and useful, and therefore impactful.

We proposed our project idea to Dr. Kong Yuen Chong on a visit to the City University of Hong Kong on 8th September. Professor Kong is a professional in gene expression and controlled mechanisms. In the interview, we hope to gain insight into the potential applications of our kit.

Professor Kong helped us to identify the niche of application, for instance, for a controlled expression of a potentially toxic substance to E.coli when it is in high concentration so that the cell would not die when the substance is expressed in an industrial manner. Moreover, professor Kong reminded us with the project of the CityU iGEM team in 2014. He suggested that integrating a cell growth control component to that circuit would make a useful outcome, where the population of probiotic E.coli is only heightened, and the expression of biotransformation genes are only expressed under the detection of a certain amount of lipid.

Professor Kong also suggested how we can improve our experiments. Due to the large data range obtained from the growth assay result, he suggested repeating the experiment would give us more valid results thus more confident conclusions that were built on these parameters. Moreover, he suggested we do experiments like leak expression and dose-response assay, using different concentrations of caffeine to test the signal experiments, so that we have a clearer picture of what to expect in real conditions. 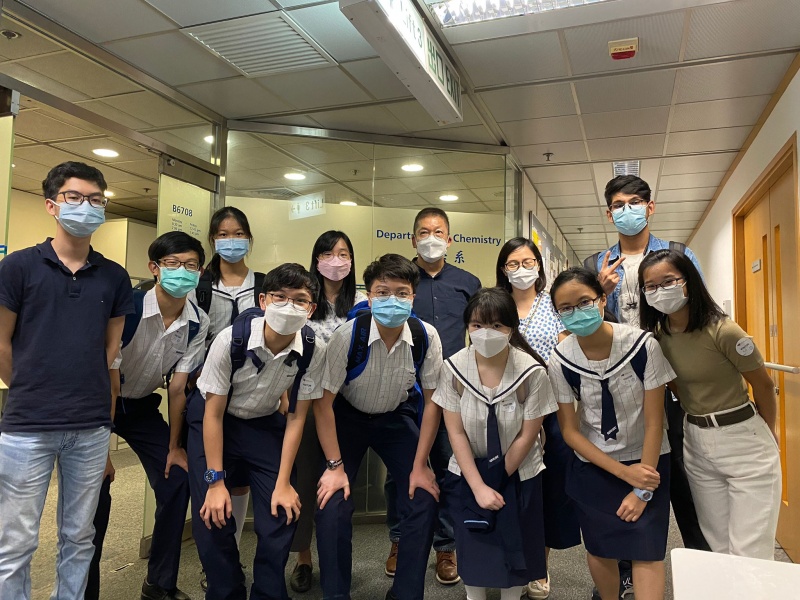 Professor Kong suggested that our kit can be used in circumstances when the E. coli produces a large amount of proteins that are potentially toxic when at high concentrations. Stronger promoters can overexpress protein, but the bacteria might get poisoned and die, leading to loss of host cells and hence production decreases. However, our kit can provide a higher growth rate to the bacteria so that less proteins are present per cell, decreasing the toxicity of the proteins.

Some examples of those proteins include the 2-oxoglutarate/malate translocator which was involved in the biosynthesis of PLA and p-OH-PLA, transporting carbon skeletons into chloroplasts for net glutamate synthesis, and even green fluorescent protein is toxic when it reaches the protein burden limit, which corresponds to 15% of the total proteins in the cell. Other examples include phosphoglycerate kinase-1 (PGK1), phosphoglycerate mutase-1 (GPM1), alpha-enolase (ENO1), and gamma-enolase (ENO2).

Professor Kong’s suggestion led us to search for toxin-antitoxin pairs, in which the presence of the toxin (produced by one type of cell or even in the same cell) will induce antitoxin production to reduce cell death. For example, RelE is an interferase that suppresses translation by cleaving mRNA apart. It has an antitoxin, RelB, that inhibits it. If researchers need a substantial amount of RelE, this system can allow for the quick production of RelE by the usage of the toxin-antitoxin pair. This also led us to think about the possibility of growing cells with higher cell densities than usual, as RelE-RelB controls quorum sensing in E. coli, which would have applications like growing more E. coli in the same volume of solution.