We have designed BBa_K4031000 to use CRISPR Cas12a as a biosensor. BBa_K4031000 is designed based on BBa_K2872019 and the report from Doudna. We made some improvements to BBa_K2872019 when we designed this part. Unfortunately, the previous parts related to Cas proteins such as Cas9 are not versatile enough to be used as a BioBrick. In recent years, Cas12a has been widely used as a biosensor in iGEM, and we believe that adapting it to the BioBrick standard will be beneficial for future iGEM teams using Cas12a. Based on the references cited, we concluded that BBa_K2872019 itself is useful enough as Cas12a, so we modified the sequence using silent mutation without changing the amino acid sequence. In our parts BBa_K4031000, the recognition sequences of restriction enzymes PstI and SacI that exist on the coding sequence of BBa_K2872019 are removed by silent mutation. The silent mutation was performed considering the frequency of codon usage used by E. coli for protein synthesis. 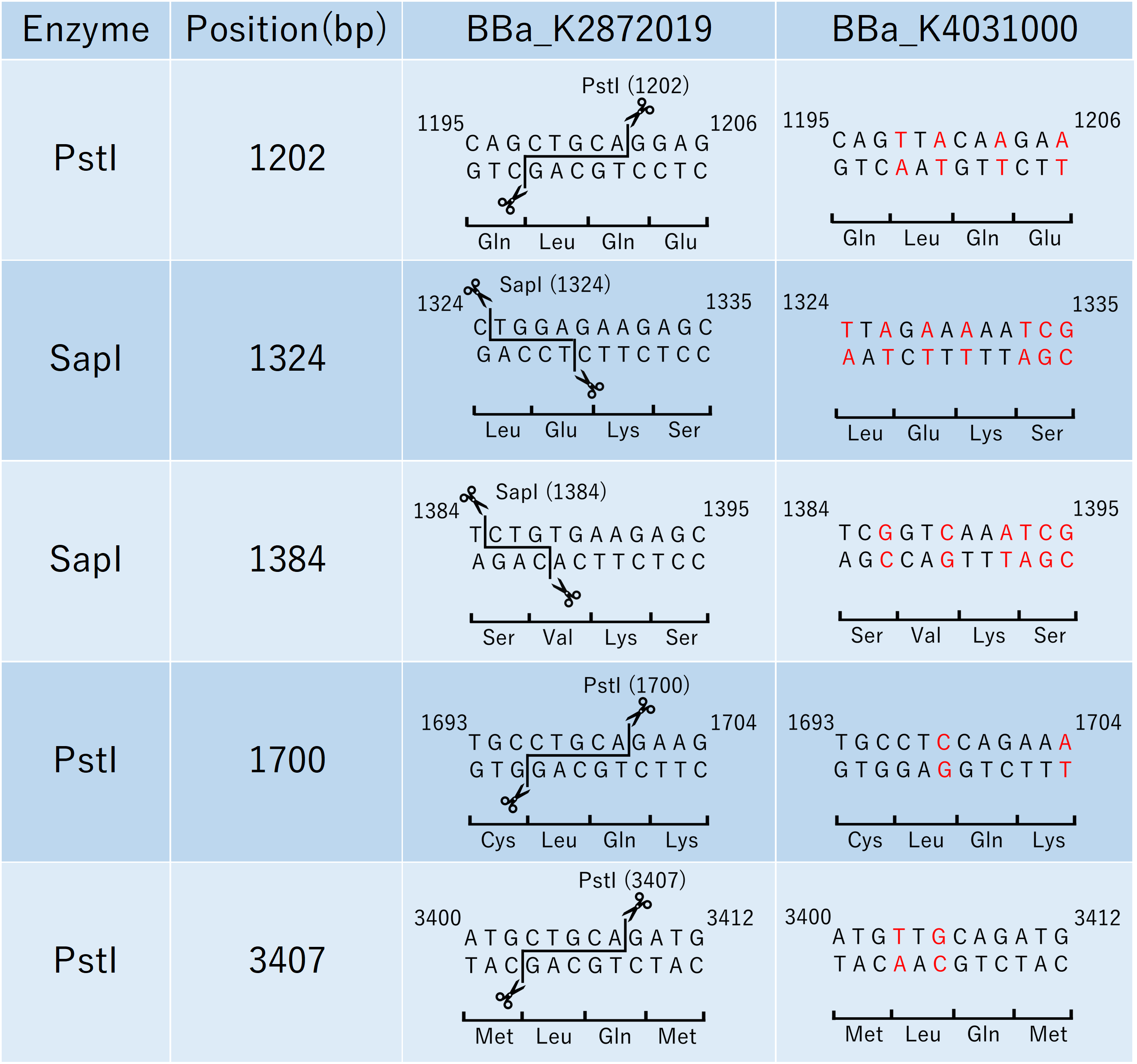