2021 was a challenging year for all iGEM Teams. Despite the fact that our country was under lockdown for half a year, we were lucky enough to enter the laboratory in the middle of summer, conduct most of our experiments and get some promising results! Our wet lab team brings two deliverables for the 2021 iGEM competition. The first being DNA gel electrophoresis and the second being confocal microscopy. 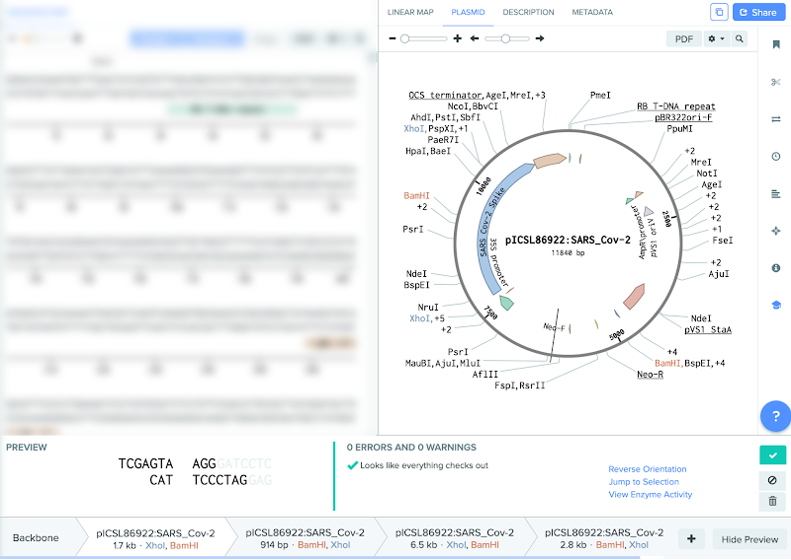 The results of our electrophoresis are shown below: 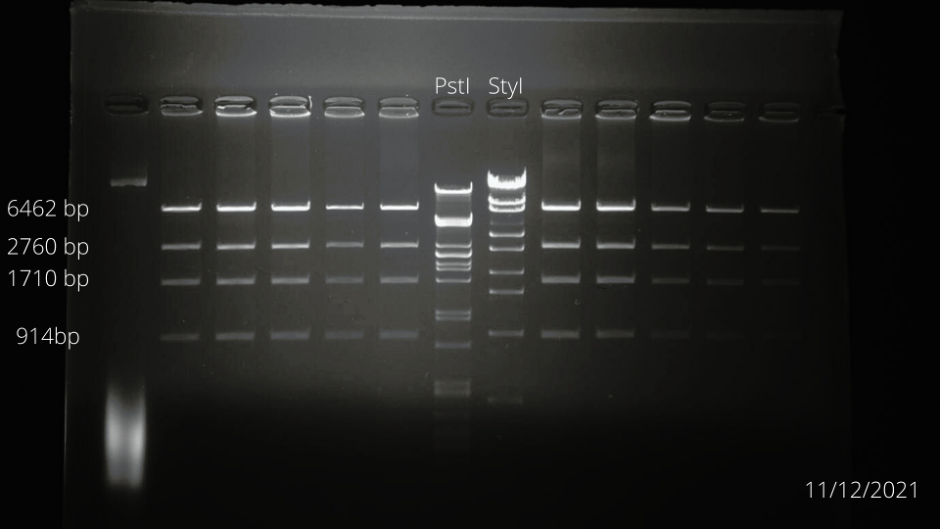 In the middle there are two different DNA ladders and on the left and right side of the markers are the DNA samples. The left DNA ladder is the λ DNA/PstI and the right one is the λ DNA/StyI. As we can see in all of the DNA sample tests we have similar results, there are 4 different DNA fragments in the expected positions, so we can safely assume that the DNA fragments have the right length.

The entirety of the project is based on the transmembrane expression of our chimeric protein in lactuca sativa leaves. This protein is fused with an mCherry fluorescent protein in its carboxy terminal part. So, in order to figure out whether the protein is expressed and placed in the anticipated manner, we carried out a confocal microscopy session after the agroinfiltration commenced and sufficient time for the protein to be expressed was given. The results are the following: 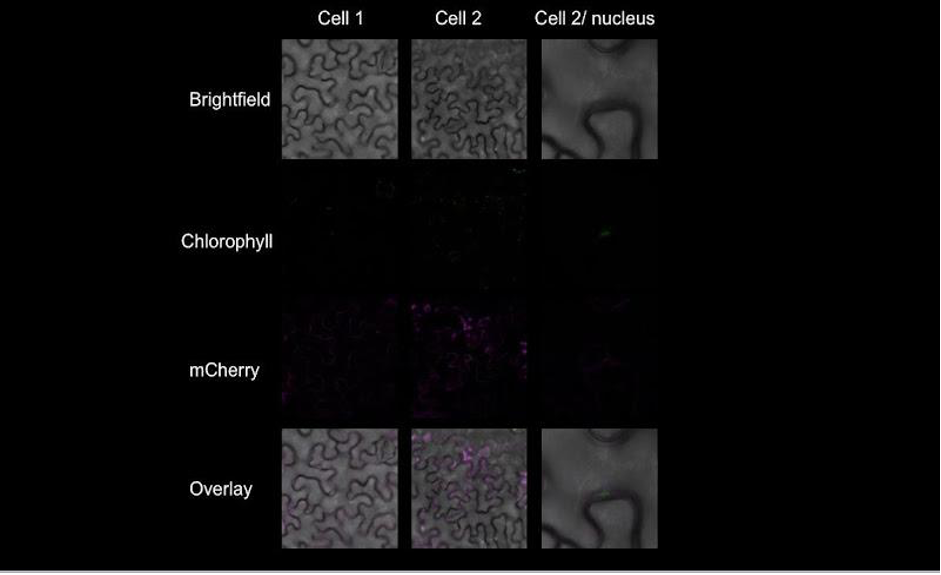 In the 1st row, we can see the plant cells with the contrast being such that any fluorescent molecules can not be seen. Following that, there is the control of the confocal session, with that being the chlorophyll molecules emitting green light at 683 nm. Then we see mCherry, which is part of the protein we are interested in emitting reddish light at 610 nm.
Adding the first 3 rows, we can see in the 4th row, that the protein is expressed, and is located only in the membranes of the plant , mostly in the plasma membrane with signs of expression being present in the nucleus too.
A week later, we repeated the confocal microscopy session and we received the following result: 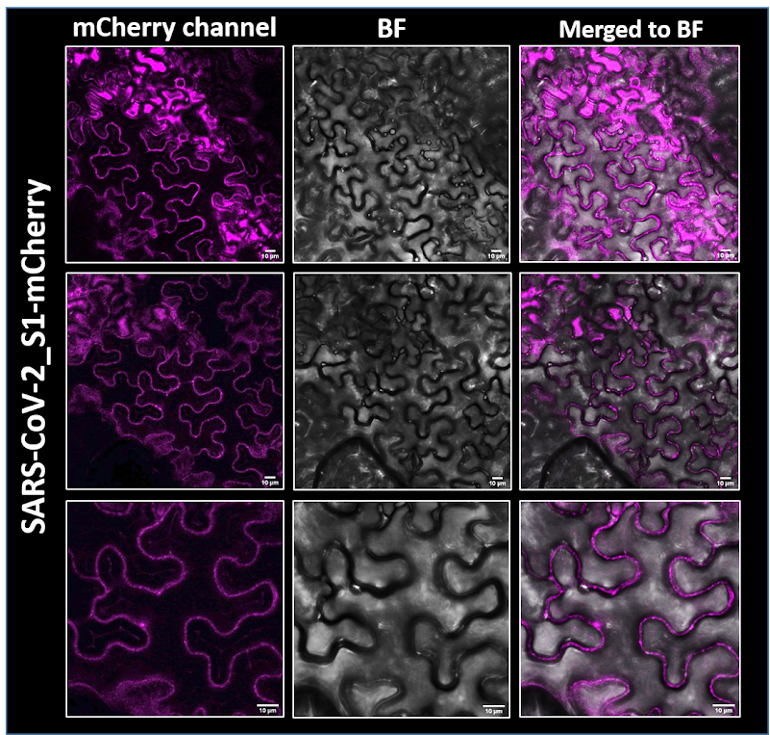 In the second column we can observe the specinent depicted without the contrast, in the first with contrast and in the third being the two ones combined.
We also performed a z-stack view, in which we can observe different z distances from the objective. As we can see the expression of the chimeric protein is visible in most of the z-axis distances.

From these previous observations we can confidently say that our protein is produced in sufficient amountsand in adequate quality.