Working with others is one of the greatest benefits anyone can gain from the competition of iGEM. Meeting new individuals with similar interests and exchanging knowledge on synthetic biology is something that the competition itself is promoting. It is very inspiring to see future scientists collaborating from different parts of the world with a mutual vision of making the world a better place. As a team we for sure share this vision and that was exactly our goal during the competition. We started our journey by presenting each other’s project to Thessaloniki’s team. We also presented our project to a bigger audience in the Greek Meetup. Both were a great opportunity to exchange ideas and criticise the projects in order to improve them. Some of those teams collaborated as well in presenting the concept of synthetic biology in a medical conference. We expanded our collaborations as a team by working with NU Kazakhstan and contributing with completing several surveys of other teams. Even promoting synthetic biology through posters and board games. Last but not least, we broadcasted our project through iGEM Guelph team’s collaboration project. 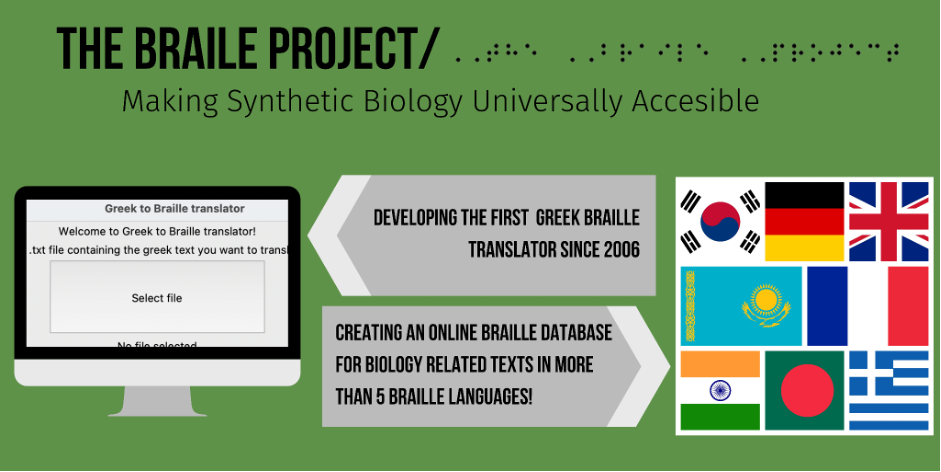 The ability to read and write braille provides sighted people with fundamental access to the written word. It can mean greater equality, allowing blind and partially sighted individuals to use, control, and appreciate the written word in the same way that sighted people do. Taking advantage of our participation in the competition, we worked closely with other members of iGEM Crete in order to develop a Braille converter for translating Greek and English biological literature into their corresponding Braille translations. In addition, we also created a global scale database with biology related excerpts including but not limited to Korean, French, Kazakh and Bengali Braille that you can find here: https://cretebrailleproject.wixsite.com/website We would like to thank all the teams that collaborated and helped us turn this project into reality; iGEM Aix-Marseille, iGEM Stuttgart, iGEM NU Kazakhstan, iGEM Thessaloniki, iGEM iisertirupati, iGEM iisertvm, iGEM Koreahs. We would also like to specially thank iGEM NU Kazakhstan! With their help, we managed to reach out to Kazakh libraries, schools and institutions to work out the logistics of making such Braille texts available. Since the main ambition of our collaboration is to raise awareness in favor of sight-impaired individuals and provide them with more accessible educational material, we further discuss our goals and accomplishments in the Education section. 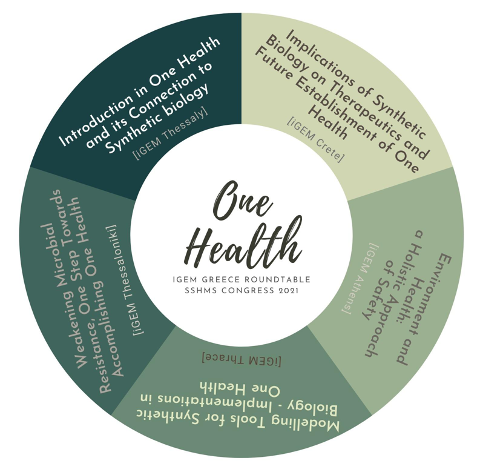 On the 16th of April our team alongside other iGEM teams from Thessaloniki, Athens, Thessaly and Thrace took part in a round table at the 27th Scientific Society of Hellenic Medical Students Congress (SSHMSC) which was an event organised by the medical school of Patras. In particular, our roundtable held a conversation about “One Health and the Applications of Synthetic Biology that Contribute to One Health” and our team’s presentation was mainly focused on the “Implications of Synthetic Biology on Therapeutics and Future Establishment of One Health”. 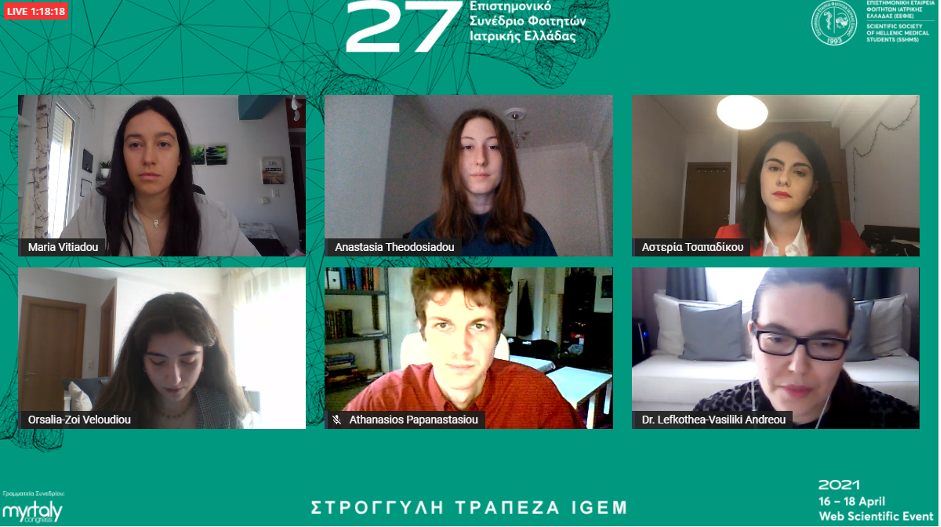 Our aim was to give the synopsis of how several accomplishments of synthetic biology have had a determinative role in the outcome of past pandemics caused by zoonoses. With the guidance of mrs. Andreou Leukothea, English professor from the University of Ioannina, we thoroughly worked hard towards preparing our presentations. Since in April our country was still under lockdown, the conference was held online and was live transmitted, enabling us to answer all questions that came up after each team’s presentation. You can learn more about our action and how we especially managed to broadcast synthetic biology to medical students and professors in the communication section.

Promoting science through science and board games!

Our collaboration with NU Kazakhstan didn’t stop at our braille project. We joined their forces to broadcast Science and we helped them develop scientific posters for sight-impaired individuals and develop a board game for undergraduate and high school students in order to promote certain synthetic biology concepts.
Though closely working together with NU Kazakhstan in the translation and incorporation of this material in the school and university environment, we realized the importance of alternative methods of communication of science. As a result, we established the importance of non-verbal communication of ideas and knowledge as a means of -in a way- self-paced tutoring. 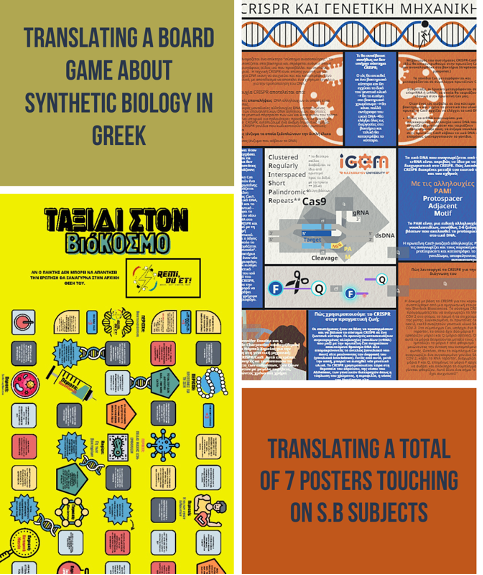 After attending a meeting with representatives from all of the Greek iGEM teams, we decided to co-organise an open access, online event that would include lectures, workshops and fun activities, all of which would elaborate on different aspects of synthetic biology and the iGEM competition. This would be a wonderful, interactive way for all of the teams to exchange ideas and get inspired to further expand our knowledge on synthetic biology and gather some constructive feedback to better our projects. Our expectations for a wholesome and educational weekend were definitely met as for months in advance members of 5 Greek iGEM teams worked diligently via weekly zoom calls to bring this event to life. 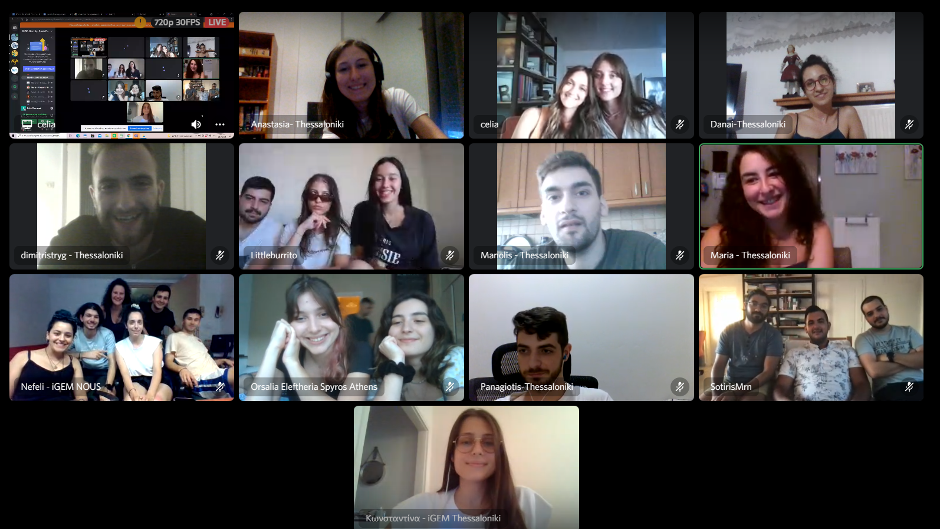 The lectures in particular were given by old iGEMers, aluminis, entrepreneurs and university professors and their subjects varied from Neuroscience and Synthetic Biology to entrepreneurship. As a new team, the open conversation with alumnis, old iGEMers and Greek Ambassadors was particularly helpful as it provided some perspicacious advice through their experience on iGEM. Moving on to the creative workshops, we managed to host an incredible variety of intriguing and helpful workshops that covered several subjects such as Synthetic Biology, Artificial Intelligence, Graphics, Statistics etc. Every single one of them included content that current and future iGEM members could implement to their work. The purpose of having such a wide range of subjects was to imitate the well rounded spirit of the iGEM competition. A narrow approach of inviting just synthetic biology lecturers would merely benefit the human practices, social media or the fundraising sub-teams. Last but not least, the webinar included project presentations by iGEM teams with particular attention in troubleshooting, which gave us the opportunity to receive feedback for our project and discuss possible future problems.

On the 28th of March we arranged an online meeting with iGEM Thessaloniki in order to do a brief presentation of our projects and discuss our experience in iGEM so far. 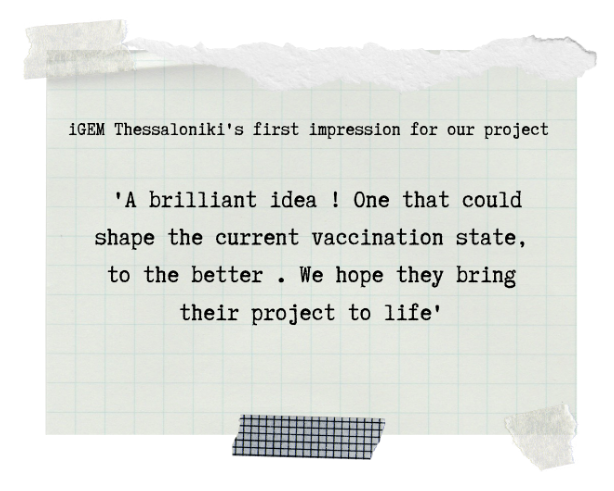 Being in the third year of participation, iGEM Thessaloniki is a much more experienced team. It was a pleasure talking to them about the competition and getting feedback and it definitely was a confidence booster to have such a positive first reaction to our project. We took into consideration a few points they made on how we could improve or alter some elements in order to make our project stand out. Moving on, we were very excited to be the first to see what iGEM Thessaloniki’s project was about and their presentation definitely left us speechless. Their project even at this early stage was meticulously developed and they managed to deliver their aspirations for the future of pancreatic cancer diagnosis. Hopefully our feedback gave them some inspiration to embellish their project even more.
After discussing the details of our wet and dry lab as well as our approach on the human practices and fundraising progress, we agreed on having a following meeting where we would be having a fundraising training conducted by iGEM Thessaloniki. The training took place on the 4th of April and we were more than happy to collaborate with them later on for the purposes of the Greek Meetup.

Many iGEM teams conduct surveys throughout the year to seek feedback on their project or specific components of it. It was a joy to contribute to their efforts. Our team did the surveys for the following teams, and we hope that we were able to help them gain a better understanding of the public's perceptions of their projects.

Their survey was created in an effort to obtain a sense of people's overall attitudes and knowledge regarding UV radiation and how it affects their bodies. With their project, they want to improve the life cell imaging method by using the DSUP protein within HeLa-cells.

iGEM MIPT MSU team needed assistance in translating and disseminating the cancer concern survey, which was produced to estimate the prevalence of oncological diseases among various cultural and social groups. We were more than happy to complete their survey and additionally translate in Greek and Broadcast it via our social media for more people to join!

On the 4th of April our team had an incredibly helpful and informative training from the fundraising head from iGEM Thessaloniki, Maria Kosmidou. Maria had planned a thorough presentation of the fundraising basics and covered in detail the delicate art of searching for sponsors. She also talked us through the challenges we were most likely to come across when dealing with the bureaucracy of the Special Research Fund Account and gave us some great tips for communicating with companies and keeping up with important deadlines. 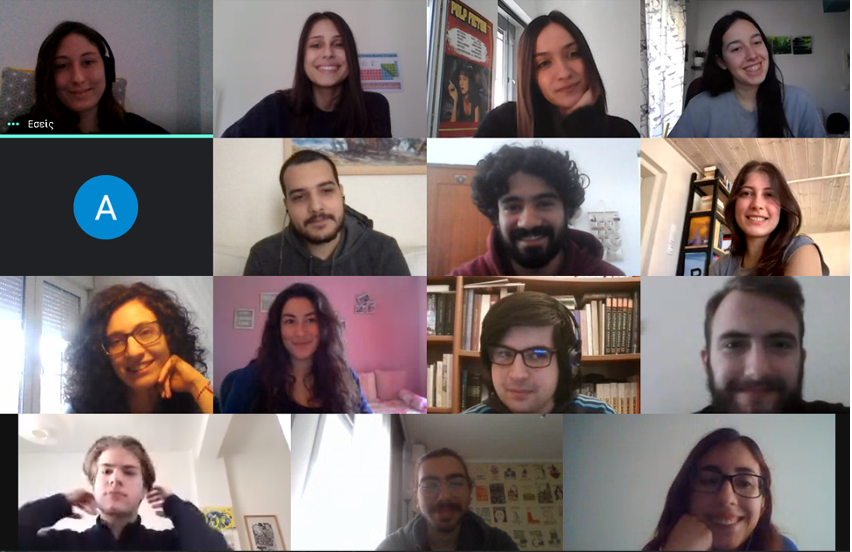 Overall, having a much more experienced iGEMer to guide us through the fundraising process helped us immensely to build some structure and plan the following months in order to meet our project’s needs.

iGEM Team Spotlight Interviews - Tell the World About Your Work!

In spring, we received an open invitation from the iGEM Guelph team to participate in their former collaboration project. This was a promising initiative which aims to broadcast the innovative ideas of iGEM teams from different countries and to inform the student about the prospects that synthetic biology has in solving crucial everyday problems. We came in contact with them and summarized our project, highlighting the importance of such a vaccination method not only for COVID-19 disease but also for any other potential one. Project vaccinATEd along with the other projects mentioned in this collaboration, will be used as educational material for Canadian high school students.

From the 21st till the 28th of August, our iGEM team participated in the Erasmus+ programme organised by iGEM Thrace and titled: “Communicating Science to Non-Scientists”. Via this exchange that took place in Alexandroupoli , we had the chance of communicating with other iGEM Teams namely from Germany and France and exchange ideas and opinions in matters including but not limited to Synthetic Biology and Science Communication. Moreover we collaborated closely in order to create a theatrical play, posters and stories concerning science communication and present them to locals. 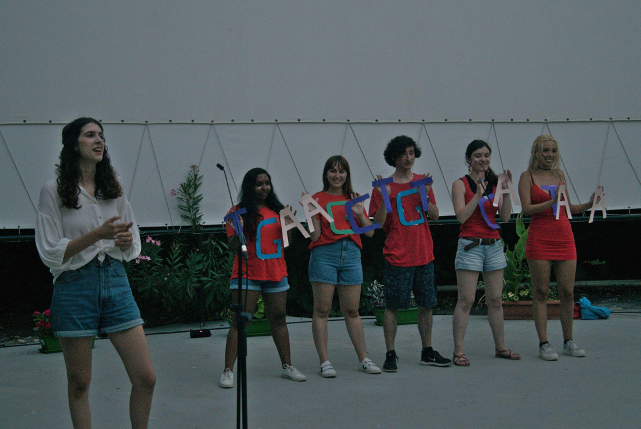 By spending a whole week with iGEM team members from various locations we had the opportunity to feel the spirit of teamwork that characterises our competition and to receive face to face feedback on our project.
It is our firm belief that via such an impactful collaboration our team gained a lot of insight into the spirit of teamwork, communication and fair play that the iGEM competition supports. 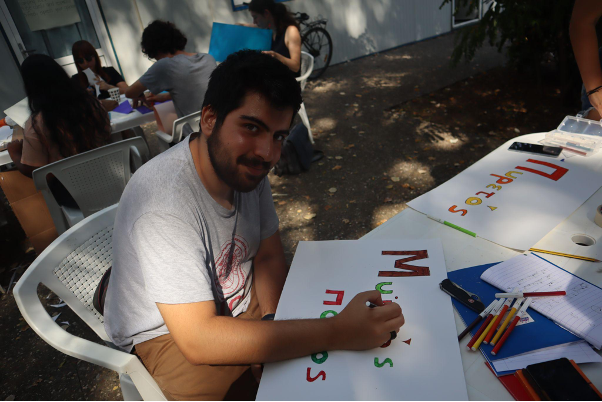 Our theatrical play aimed to communicate three different scientific topics that are extremely relevant in this time and age: Synthetic Biology, Vaccinations and Climate Change.
In each and every section, our primary goal was to use simplified terminology and dialogue that would be comprehended in its entirety by a non-scientific audience. After the play, we were satisfied by the feedback we received and were happy to conclude that even younger audiences have taken home the three core messages of the play: 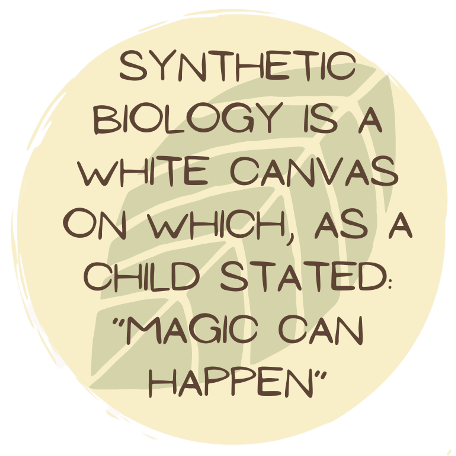 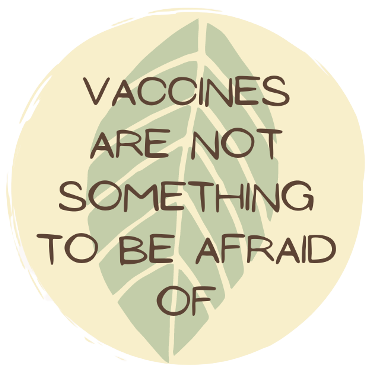 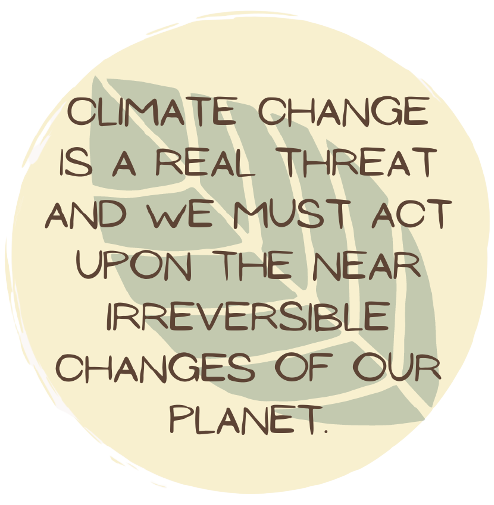