Introduction: Our team takes education very seriously, but we don't just want to be able to pass on our knowledge, we want to receive their feedback and build bridges with the public. On the one hand, it proves that our education is effective and they do learn science from it. On the other hand, their feedback can be a positive adjustment to our education section, and we can learn from it what is perfect and what we need to improve. The formation of a "popular science" atmosphere is of great importance for the popularization of scientific culture.In fact, the questionnaire is a good guide for our scientific communication, because 7.52% of people chose the "yes" option in the question "Have you heard of any real cases of harm caused by genetic modification in your life", and the reasons given were very unreasonable. This shows the lack of scientific literacy among the public. This strengthens our determination to do a better job in the education section. 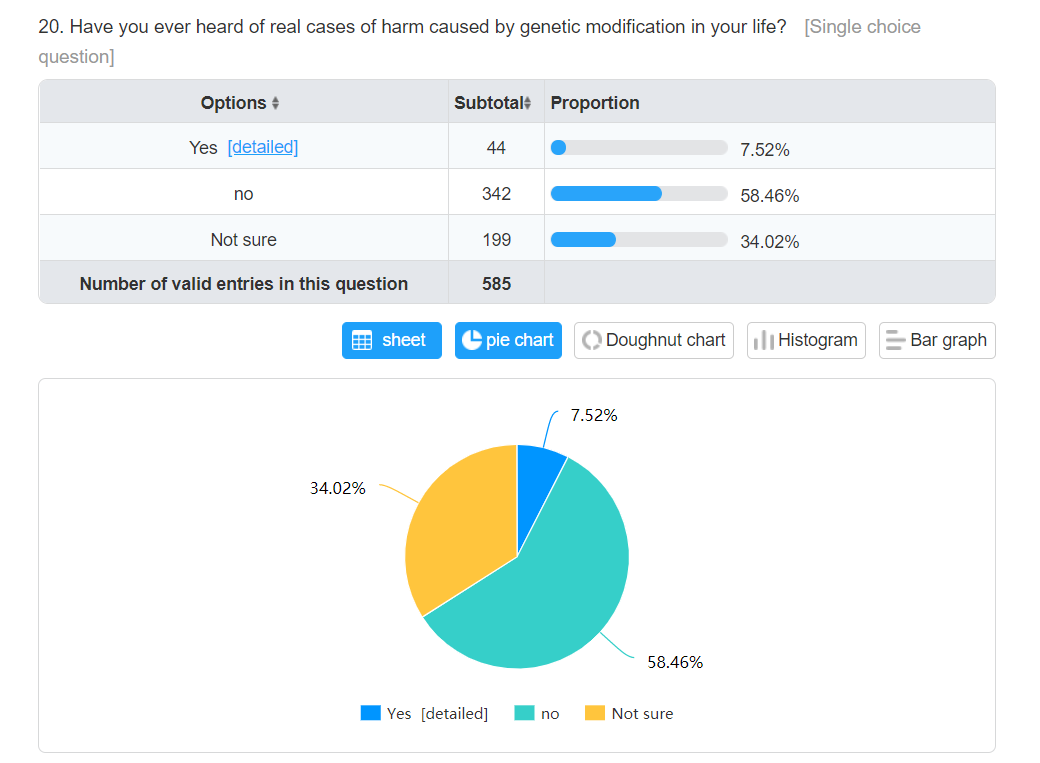 Books are the module in our education section that consumes the most energy and mobilizes the most people. We have released them both online and offline and they have been well received by the community. The witty language and beautiful illustrations are able to catch people's attention quickly. The reason why we were able to persevere with the production of a book with such a large workload is because we consider it a worthwhile endeavor. The illustrations we use are selected in layers, often preparing several illustrations to introduce a principle and finally selecting one of them to apply to the project. We have tried to use language that is acceptable to the general public and understandable to the general public, but we have also cited a lot of literature to make the content scientifically rigorous. We would like to thank Professor Qin Yuan for his guidance on the content of the science book.

Considering that most of the audience has no background knowledge of biology, we have tried not to introduce too much specialized vocabulary in the language used. For example, base complementary pairing, restriction nucleic acid endonucleases, etc., and even if they are, we explain them by analogy to help people understand them.
The book incorporates our project, which can be summarized as using synthetic biology and transgenic techniques to enable microalgae to produce more fatty acids and nutrients, starting with energy as an entry point. Of course, we present more than that, but radiate outwards with what has been said, talking about energy types, ethical issues of gene technology and carbon neutrality, among other issues of great interest.
When we showed it to people around us offline, they told us "I really like the background of the book" and "I found that it's not like a regular science book where you're presenting knowledge that everyone knows, but what you're presenting in the book is not very popular but really relevant to us. ""I gave the book to my daughter and she loved it". Of course there were also comments about our science books and that they could be printed in a larger size for the elderly to view. The online distribution likewise had people expressing their approval of our book. 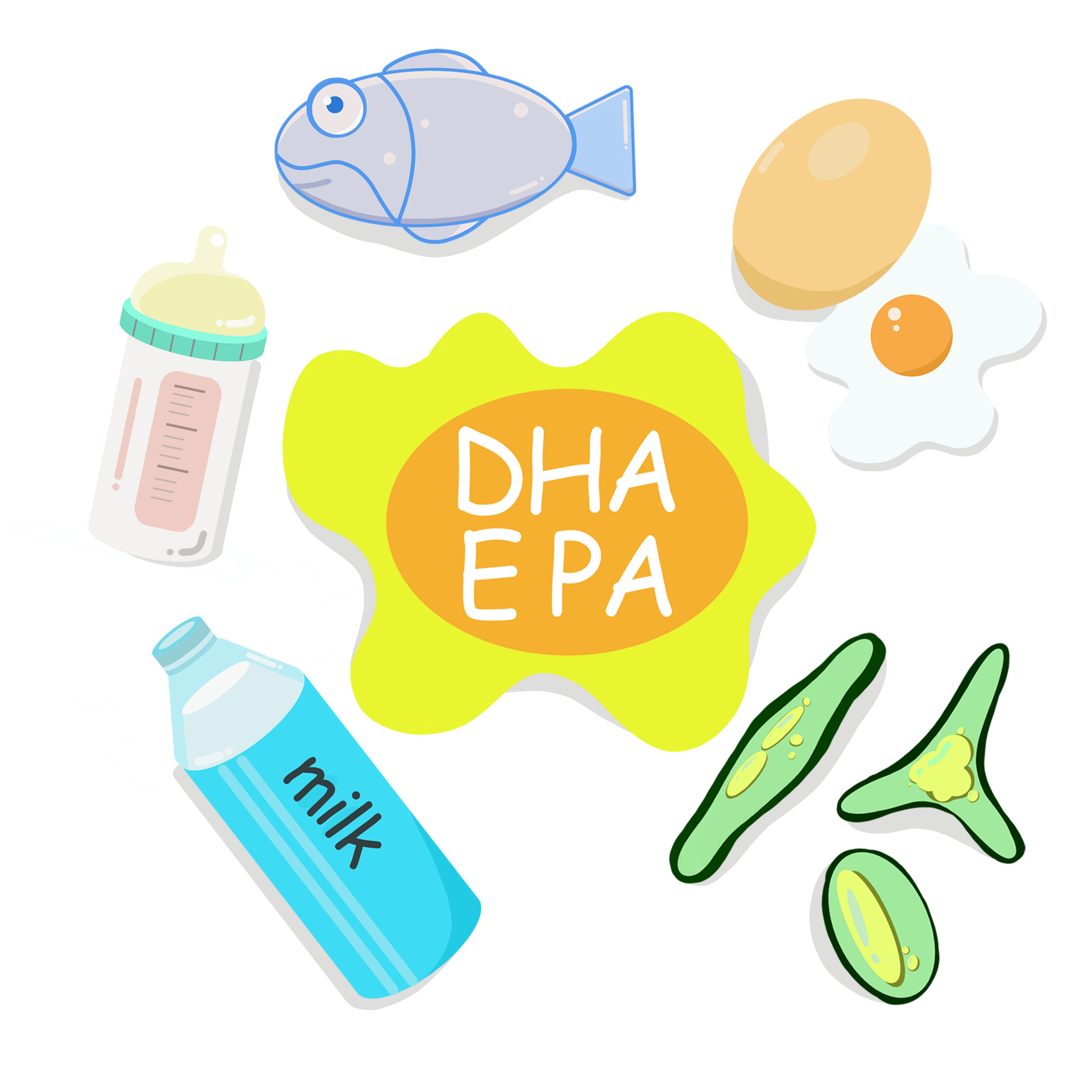 In fact the book can be used not only in this form to promote it with people, it can be used in kindergarten classes to develop scientific literacy in children, and it can be used in communities to contribute to the elimination of social rumors at the sectoral genetic level. It is gratifying to be able to communicate with people on the level of scientific knowledge, which shows that we are playing an active role in building a "popular science" atmosphere.
Click Educaiton to browse or download popular science books


Communication at the seminar

Our team has conducted several workshops for high school students, college students and professors. We hope to help high school and college students develop a scientific worldview by spreading science and culture to them, and to have the opportunity to communicate with professors and explore their shortcomings. 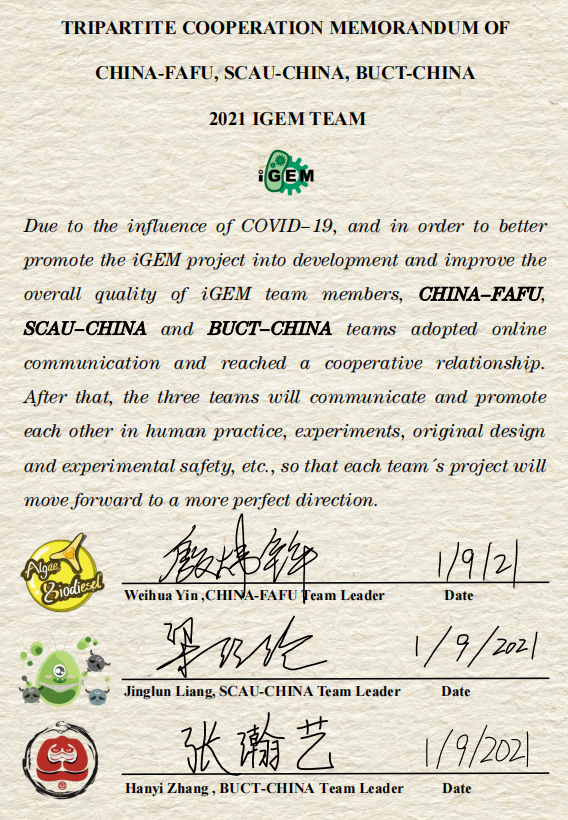 This year, we conducted the "iGEM Joint Presentation" with SCAU-CHINA and BUCT-CHINA, and held a networking session for college students on campus and a high school science presentation at two high schools. The topics included synthetic biology, transgenic technology, and to our surprise, the interaction at each session was very positive. Considering the impact of COVID-19, some of our presentations were conducted online. As we presented content that is relevant to our lives, such as the application of synthetic biology to pharmaceuticals and developments in the field of energy. It is also because of these open exchanges that people are more willing to express their opinions. Especially high school students who have not yet been exposed to the university system, they are curious and more interested in these cutting-edge technologies. In order to further increase their understanding of synthetic biology, we have been using layman's language and analogies in our presentations. For example, when we explained that synthetic biology is about building parts to produce new genes, we said "Each gene part is like a block, and the process of building a new gene is like building blocks, each block is a small part, and the final change into a big house is the resulting gene fragment." "A plasmid carrying a target gene is like a big truck trying to carry a small cargo, and delivering the target gene to other cells is like a big truck delivering a small cargo to its destination." 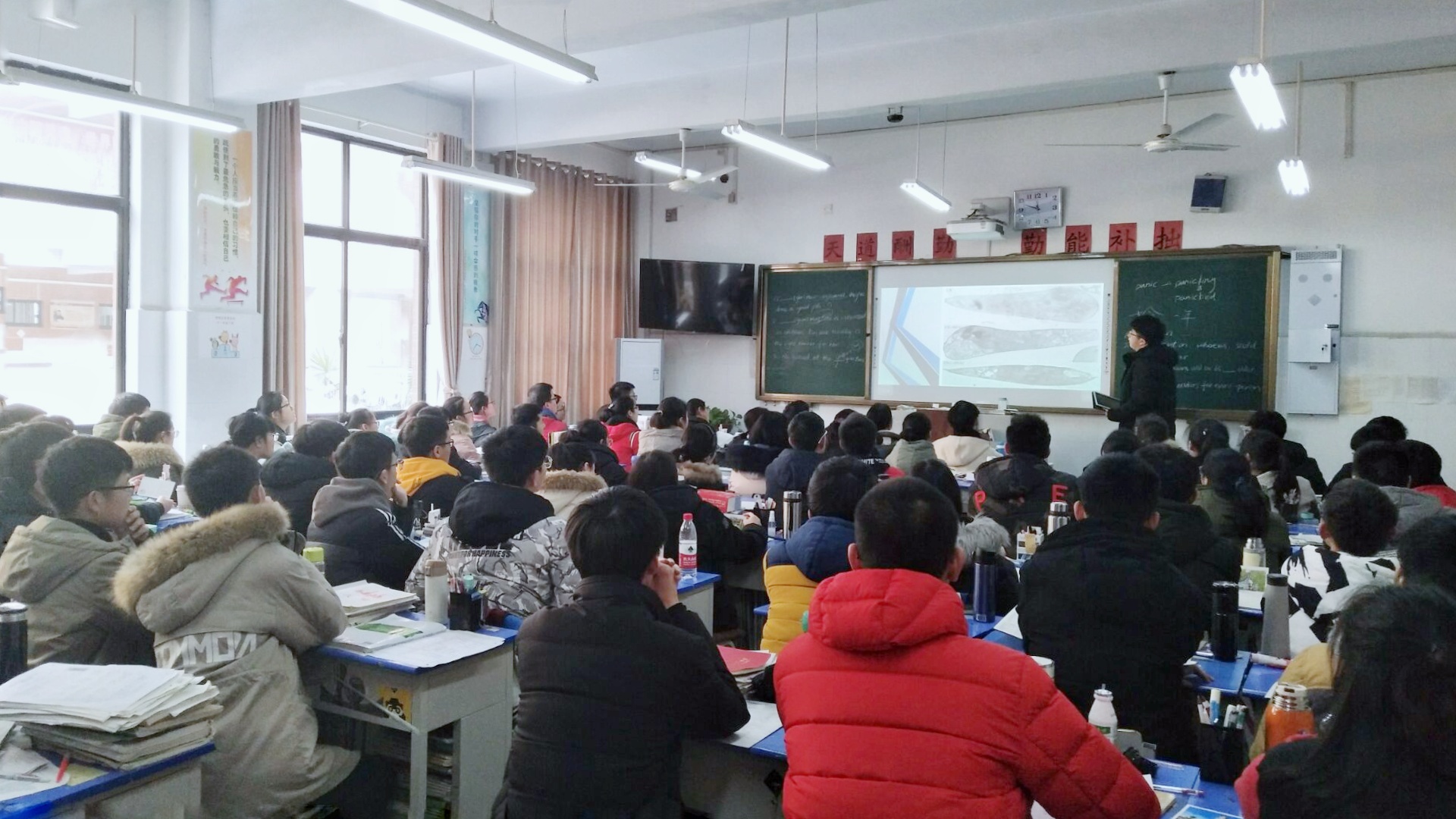 In short, from these lectures, we have been able to cultivate the interest of students through different approaches and actively guide them to communicate with each other. They did a great job as the future leaders of science and technology.

With the age of advanced network information, media interaction has become an emerging way of communication. It is also one of the quickest and most convenient forms for us to engage with the public. Therefore, we have opened team accounts in WeChat, BiliBili and TikTok to share knowledge about synthetic biology, lead the public to think about ethical and moral issues, and so on. Among them, WeChat is one of the social platforms commonly used by people, just like Facebook, Twitter, etc. It is a common way for companies and universities to promote themselves to the public, covering people from children to the elderly, while BiliBili and TikTok are the main sites for young people. We are very happy to communicate with netizens because we can see their real thoughts better when they are not "face-to-face". In order to promote interactive communication, we have adopted a funny language format to talk to the public, introducing synthetic biology, transgenic technology, CRISPR-cas9 and molecular biology. A number of people left us messages in the background indicating their attitudes. This way we can get the most realistic idea of what they think. Of course there are also people who have made suggestions about our education and hope that we can put the video of the once preaching to bilibili so that we can watch the playback. This is a constructive suggestion for our education, because the same video can be distributed through multiple channels, so it doubles the effect and we get more significant results.

In summary, the sheer size of the participants and the wide range of audiences in this series of educational activities has achieved excellent results that we did not expect. We are not only disseminating science to the public, but more importantly, leading them to think, actively learn about science, and provide timely and effective feedback to assist us in adjusting the progress modules of education. Public education is not only to make more people understand the scientific content of our projects, but also to build a social atmosphere of "popular science", which is positive for the promotion of human scientific activities.