We used CCK8 Assay to reveal the cytotoxicity of our mcDNA which would be administrated in mice lung. We specially compare the cytotoxicity of mcDNA with its mother plasmid. (To see more experiment results of mcDNA and mother plasmid, please go to Results) We transfected DNA circuit in mouse airway epithelial cell line 16HBE cells, and tested cytotoxicity in 12h, 24h, 36h and 48h. The result of CCK8 Assay is shown in Fig.1, and we see no significant difference between mcDNA with mock group, while for the mother plasmid, there is cytotoxicity observed in 16HBE cells. As a result, the mcDNA we selected is safer than the existing plasmid, and is safe to be administrated in vivo. 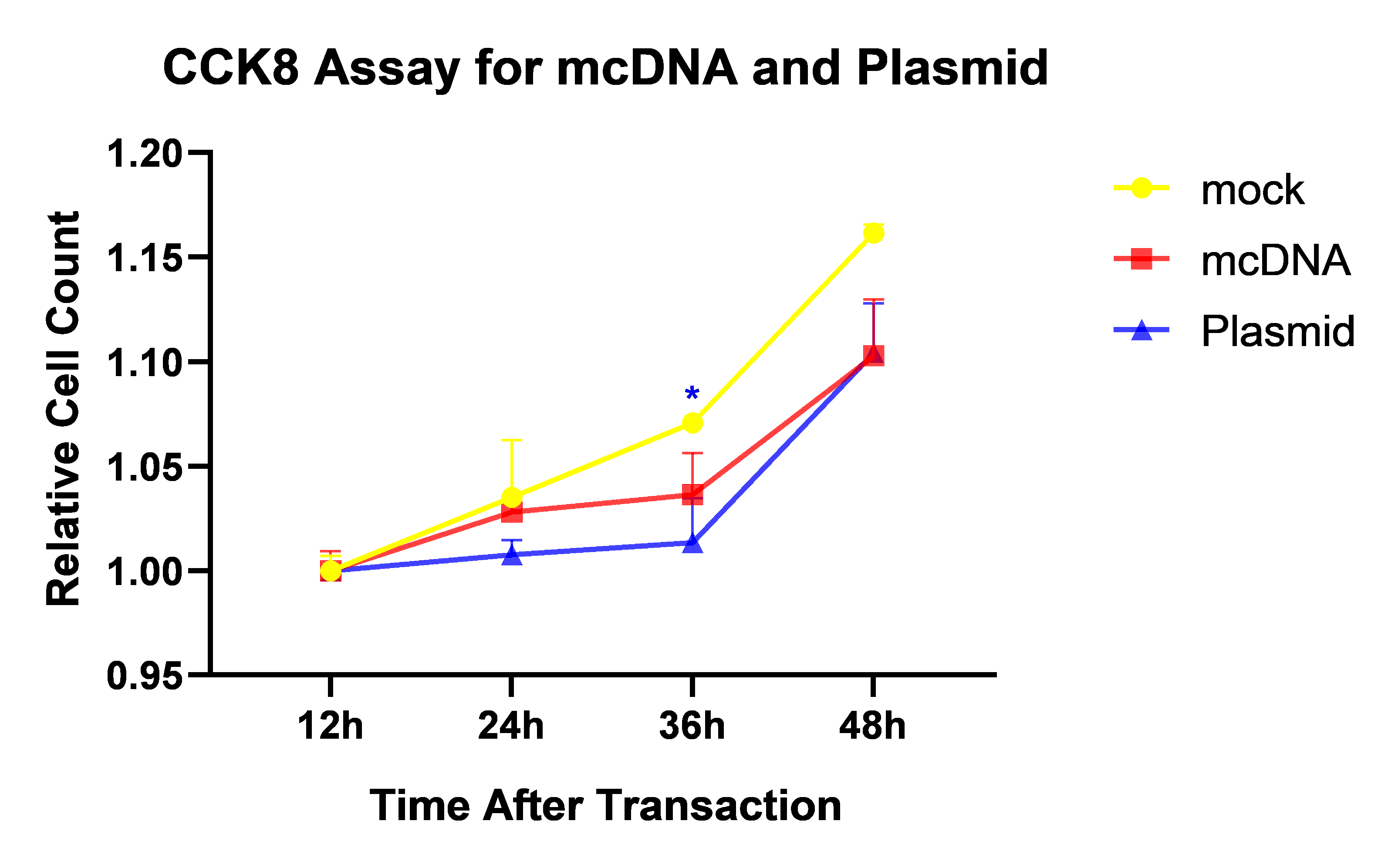 Since we intended to screen the optimal liposome for our therapy, so safety was obviously an important dimension for us to consider. So we conducted CCK8 Assay for liposome screening. We transfected mouse airway epithelial cell line 16HBE cells with four liposomes and their corresponding optimal DNA : liposome ratio. The cargo DNA we used was pcDNA3.1-GFP. CCK8 reagent was added at 12, 24, 36 and 48h to detect the cytotoxicity. The result (Fig.2) shows that the optimal liposome we selected afterwards, LID, has no toxicity compared with the mock group, but has outstanding safety performance compared to the commonly used liposome lipofectamine 2000. As a result, the liposome we selected, namely LID, is certainly safe to use in our therapy. 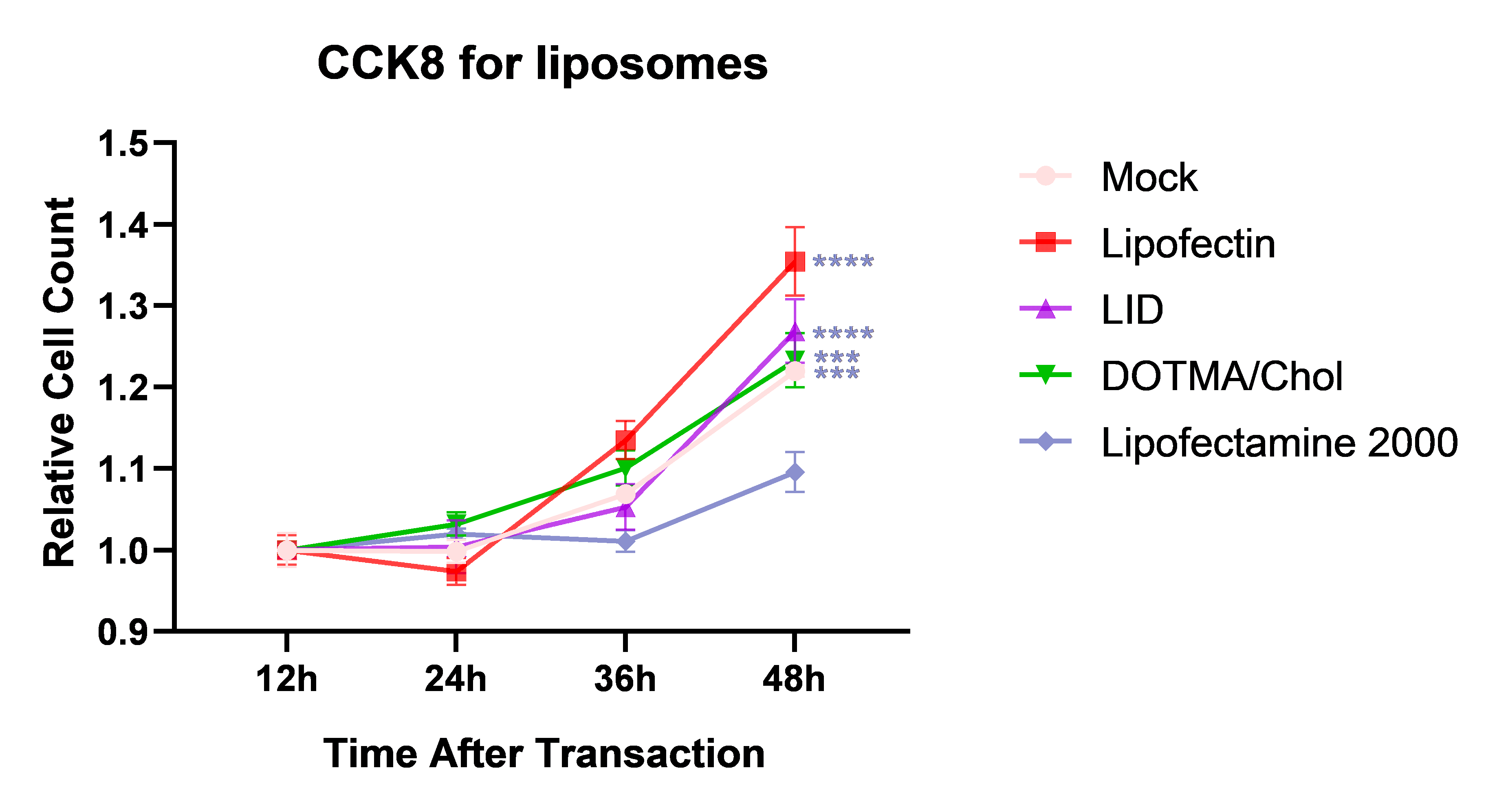 In order to verify that nasal inhalation will do no harm to the mouse lung tissue and that the effect will only take in our desired tissue, we administrated mcDNA-eGFP-siRNA carried by liposome LID with DNA : liposome ratio of 4:5 through nasal inhalation. The total mass of mcDNA we delivered was 5mg/kg per mice and we administrated 5 times in total, with interval 1 day between two administration. We sacrificed mice and harvested the lung tissue next day after our administration. Tissue sections result is shown in Fig.3. Through tissue section we can see there is no histological changes in lung tissue of mcDNA-eGFP-siRNA group compared with mock group, indicating there is no obvious harm to the lung tissue. 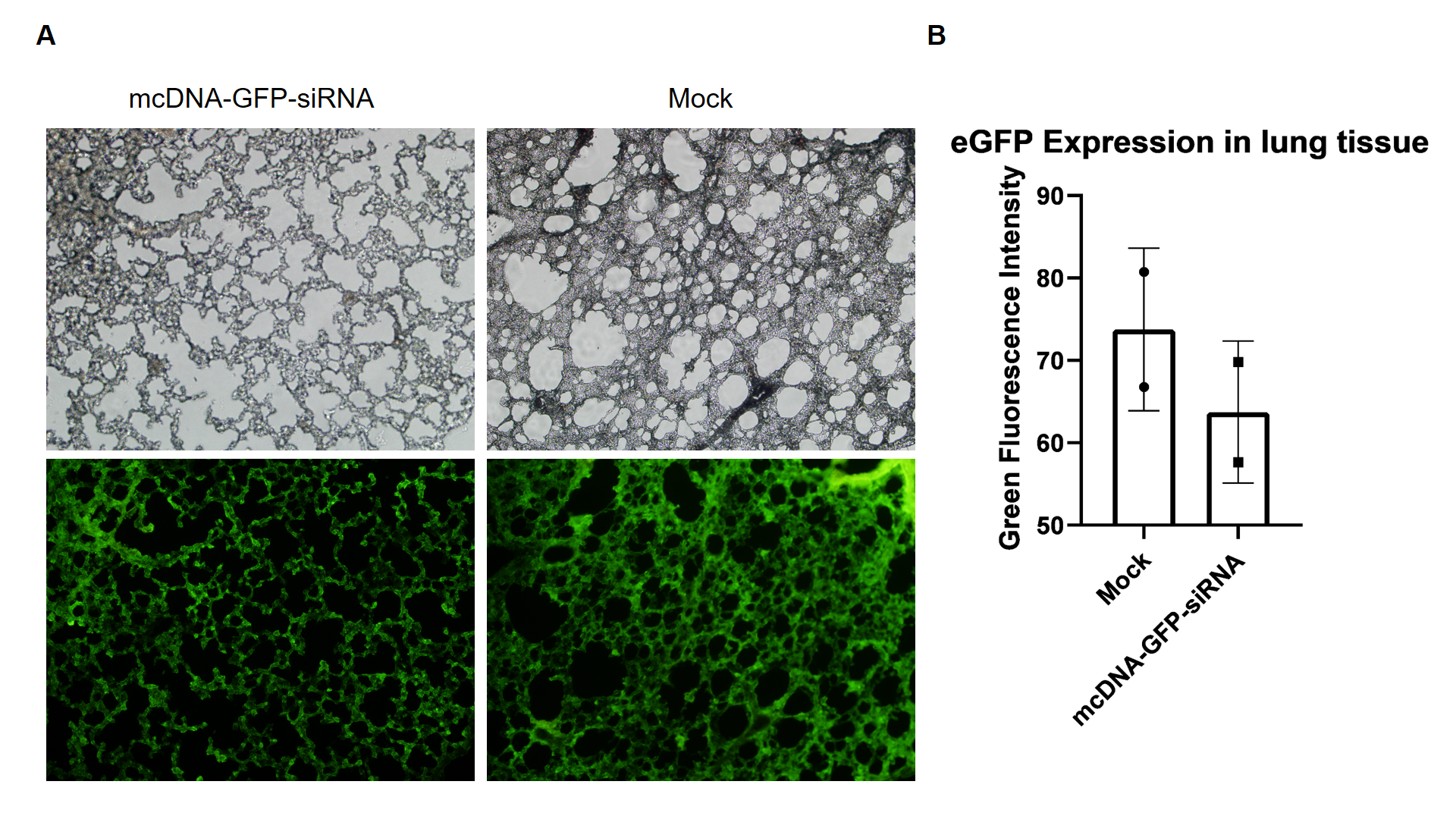