It is known that the plasmid is a larger circular DNA with a replication initiation sequence and an antibiotic resistance gene, while the mcDNA is smaller without these two sequences. 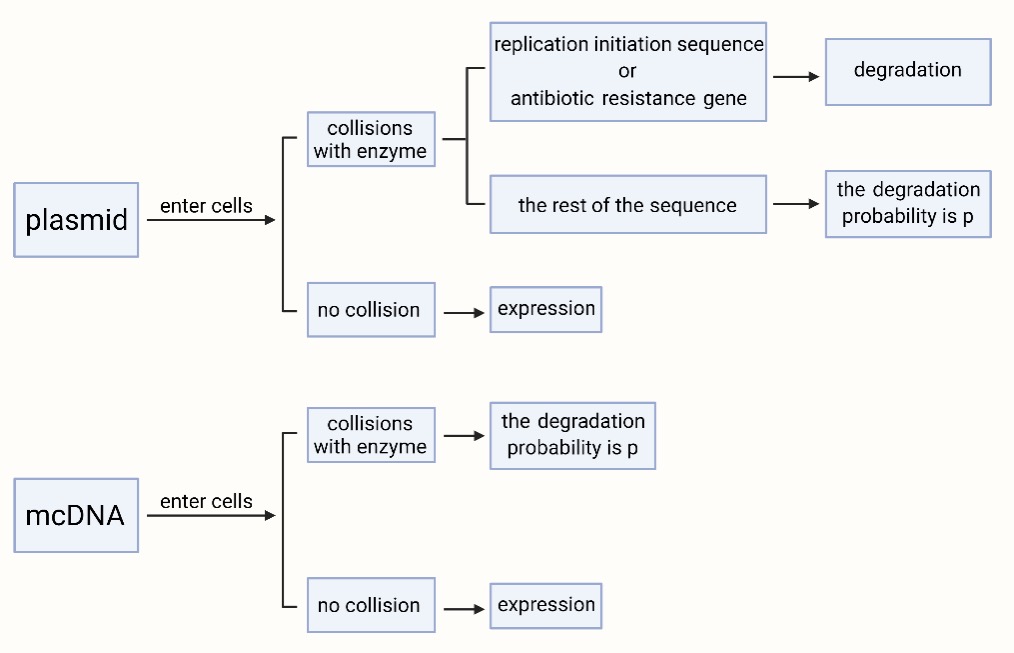 Take mcDNA as an example:

Based on Brownian movement:

Imagine tracking how many enzymes one mcDNA molecule A can collide with during the $t$ time period. We think that other molecules are stationary, and molecule A moves at an average relative velocity $v$. During the movement of molecule A, only enzyme molecules whose center and the center of A have a distance which is less than or equal to $r_1+r_2$ can collide with A. Drawing a distorted cylinder whose axis is the trajectory of the moving molecule A’s center with a radius of $r1 + r2$, all the enzyme molecules whose center is within the range of the cylinder would clash with molecule A, and the rest of the enzyme molecules will not collide with A. The cross-sectional area of the cylinder is $\sigma =\pi(r_1+r_2)^2$, which is the collision area between mcDNA and enzyme. The distance traveled by molecule A in $t$ is $vt$, the volume of the corresponding cylinder is $\sigma vt$, and the number of enzymes in the cylinder is $n_2\sigma vt$. 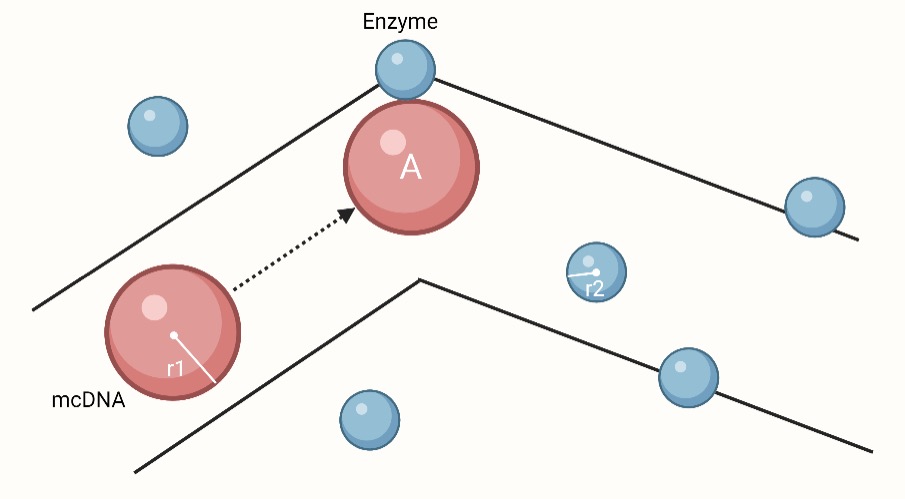 The initial numerical density of mcDNA is $n_{10}$.

Similar with the plasmid. 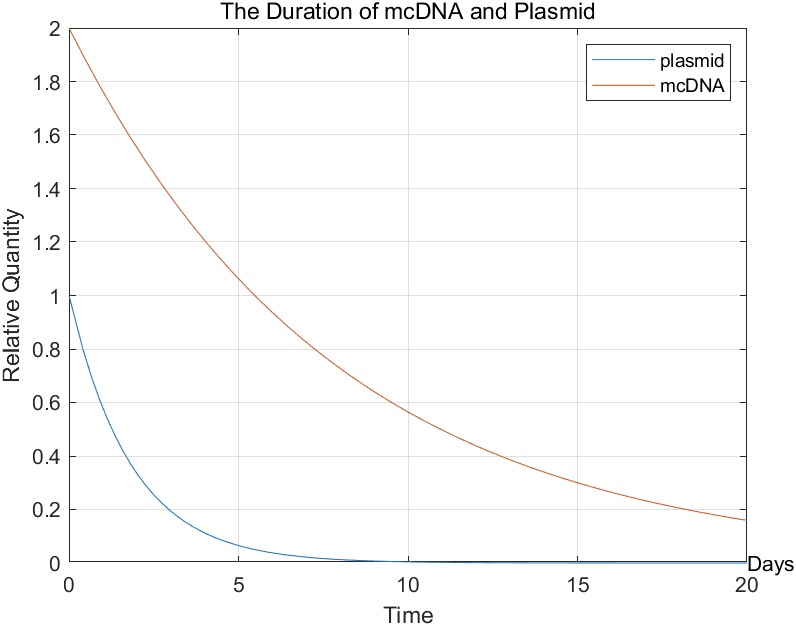 We can see that mcDNA can stay in the cell longer than plasmids. Therefore, we chose mcDNA instead of plasmid as the carrier, which could theoretically prolong the treatment time.

This article establishes a mathematical model of mcDna entering cells and transcribing, in which degradation of mcDNA and transcriptional siRNA by intracellular environment are taken into consideration.

Description of the process

Suppose the time is t, started from 0, and the number of mcDNA in the internal environment is $N_1$.

In unit time, the degradation rate of $N_1$ is proportional to its concentration.

Where A is a constant related to the degradation rate.[2]

According to the formula above:

Assuming that the number of siRNA in the internal environment is $N_2$, $N_2$ is affected by two factors, the production of $N_1$ and the degradation of $N_2$.

The formula above is the expression of siRNA at any time $t$ after mcDNA enters the cell. 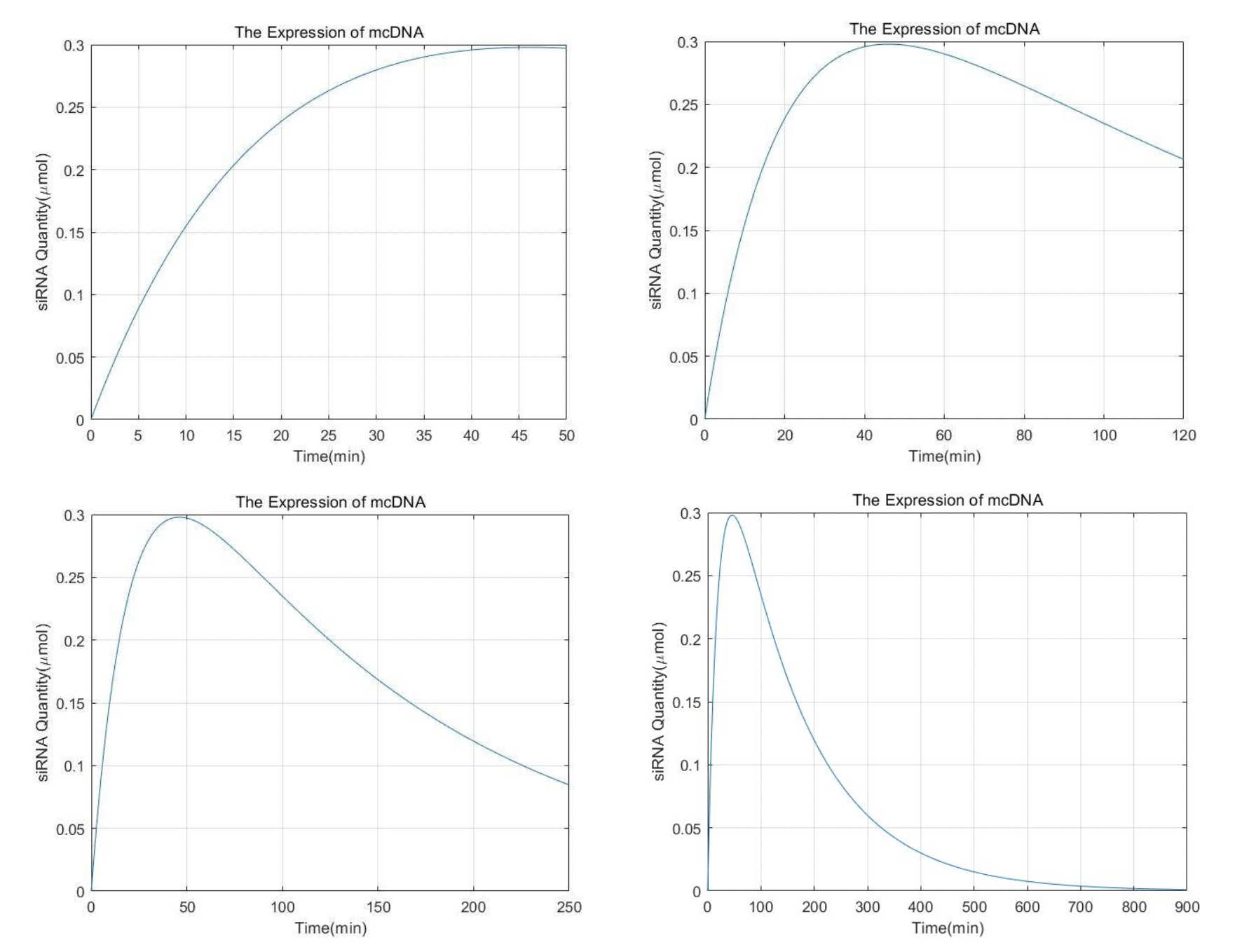 It can be seen that the content of siRNA reaches the peak within one hour. Then it slowly decreased. After 15h almost all of it was cleared by metabolism.

Correlation model between incidence rate of asthma and environmental factors

According1 to previous literature review and interview research taken by our HP group, we obtained data on asthma incidence rate, air condition GDP and other things of several cities. These variables are reduced to a regression problem by machine learning. We chose to call the functions in sklearn to train the model and selected the function with the highest score. In this model, function BaggingRegressor() scored highest.

The forecast is 1.8%. According to our previous interviews, the incidence of asthma in the Beijing area this year was about 2%. It indicates that our model can accurately predict the incidence of asthma according to environmental factors. In the future, governments may be able to use our model to predict morbidity and allocate healthcare resources in a timely manner.

Our fusion proteins can successfully anchor on exosome membrane 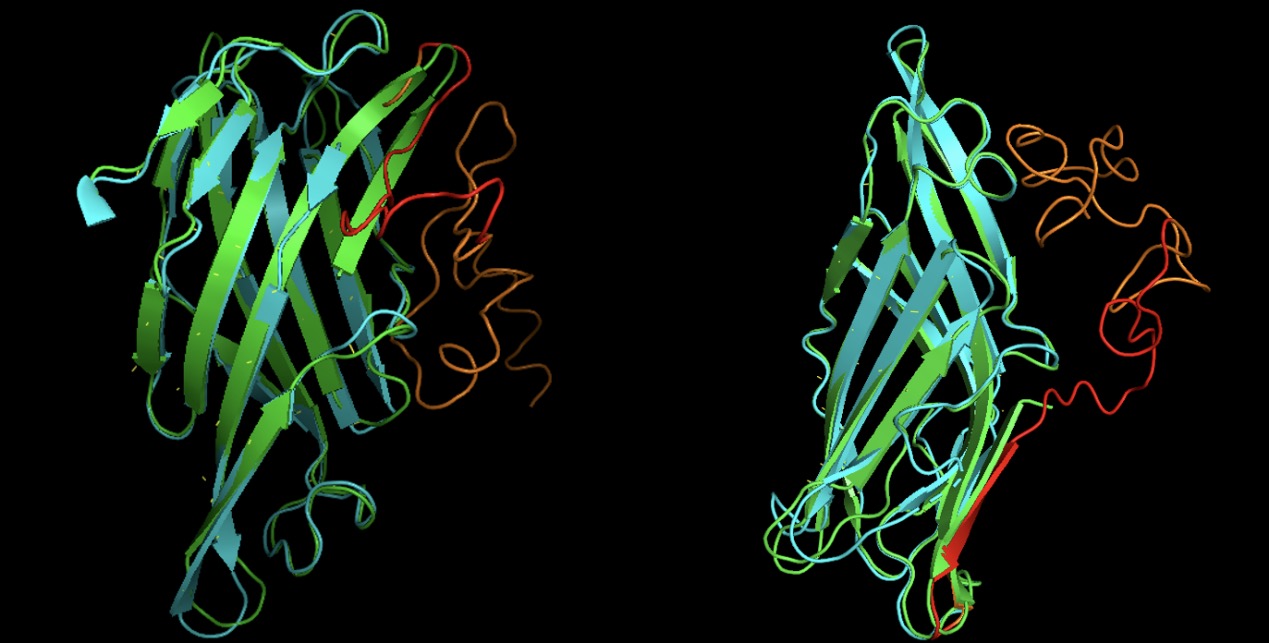 Our fusion proteins can successfully target their receptor proteins