After we complete designing the whole experiments, we start getting into designing the sequences that are used for synthesis of the circular probe or our kit GotCha. Our dry lab uses the python language to build a model which can formulate sequences of the circular primer, and then we can check the thermal dynamic stability and secondary structures on the online secondary structure prediction websites to decide which DNA sequence we should choose (For the python program, please check our Model).
The following shows the parts that make up our Circular DNA and Immobilisation Probe： 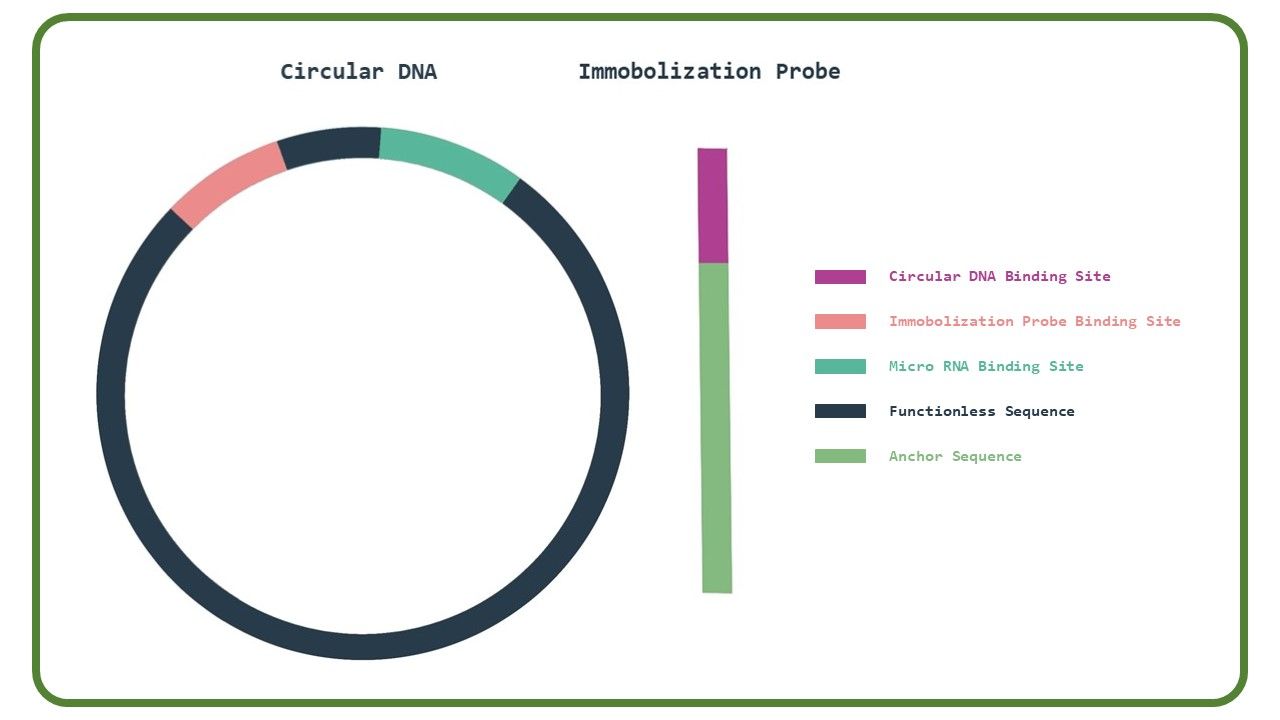 
This DNA chain composes an Anchor Sequence and Circular DNA Binding site, responsible for the securing the Circular DNA probe to magnetic beads.

It is composed of 7 nucleotides complementary to Circular DNA, and being used to form the bond between the Immobolization probe and the Circular DNA.

A 28nt long dna sequence, containing a poly-A-tail like segment, and modified with biotin modification at poly A tail end in order to adhere to magnetic beads.


This part composes an Immobolization Probe Binding Site, MicroRNA Binding Site and Functionless Sequence, with a total length of 75 nt. It is the Circular DNA Probe used for Rolling Circle Amplification.

It is divided into two blocks, 6 nucleotides are located between Immobolization Probe Binding Site and MicroRNA Binding Site, and the other section of Functionless Sequence is 39 nucleotides long and connects the rest section of Circular DNA.