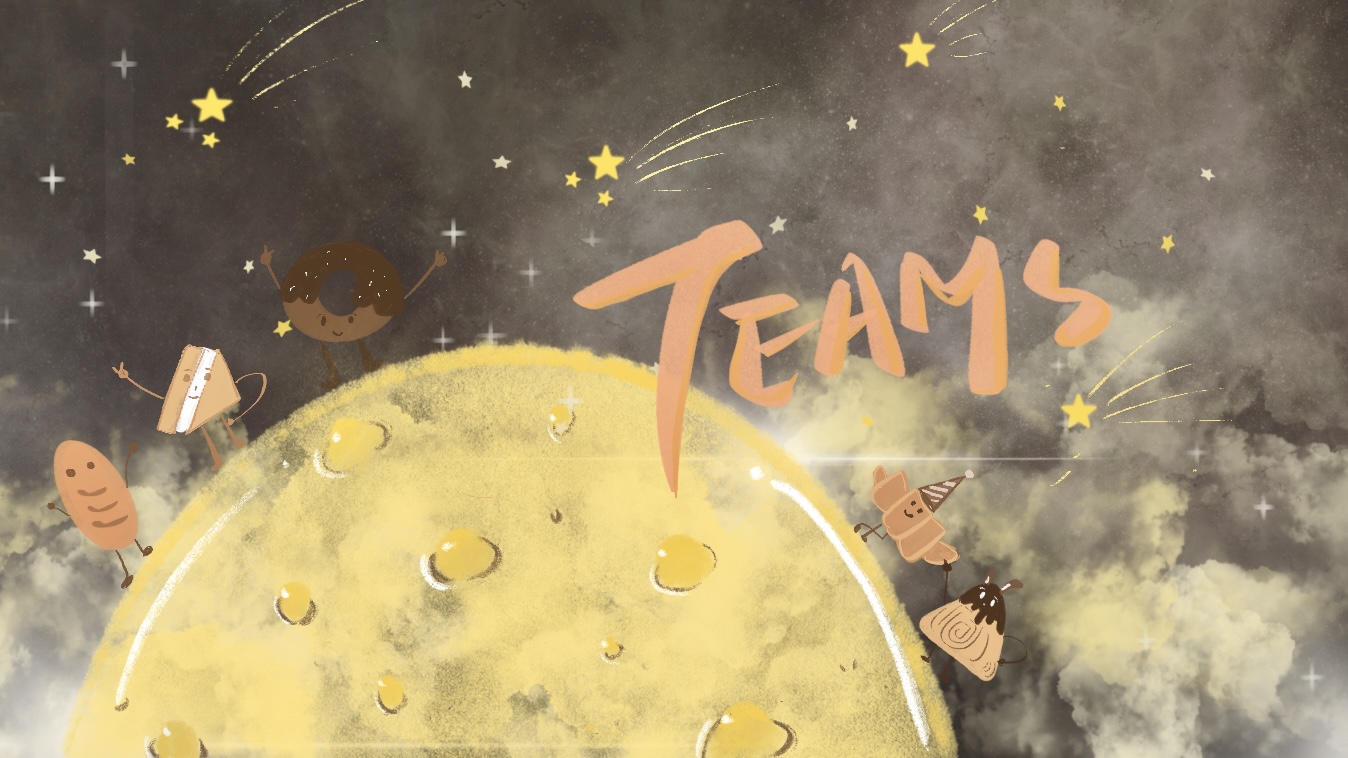 
One of the most significant aspect is the sharing of the application of toolkit and optimum assembly conditions. AISSU-Union and LINKS-Union both strove to express the gene in toolkits. As we mentioned in our contribution page, we made huge efforts in assessing the optimum temperature and appropriate number of reactants used in the assembly of our Level 1 plasmid. Indeed, the seven fragments Golden gate assembly were quite difficult at first, but we managed to find the most effective way to achieve our goal, demonstrating by our protocol. (Table.1; Table.2) 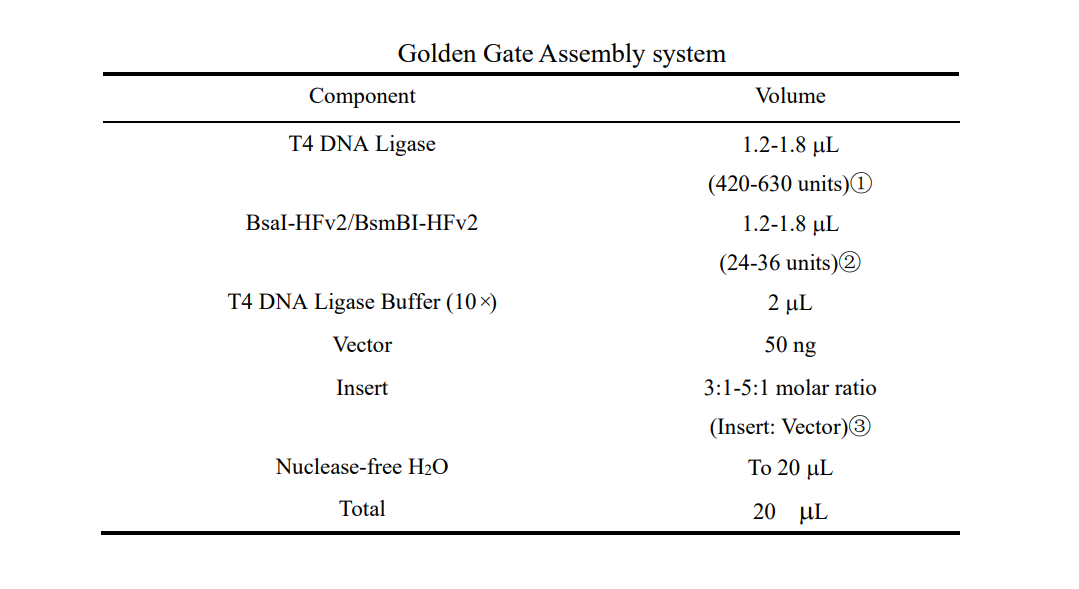 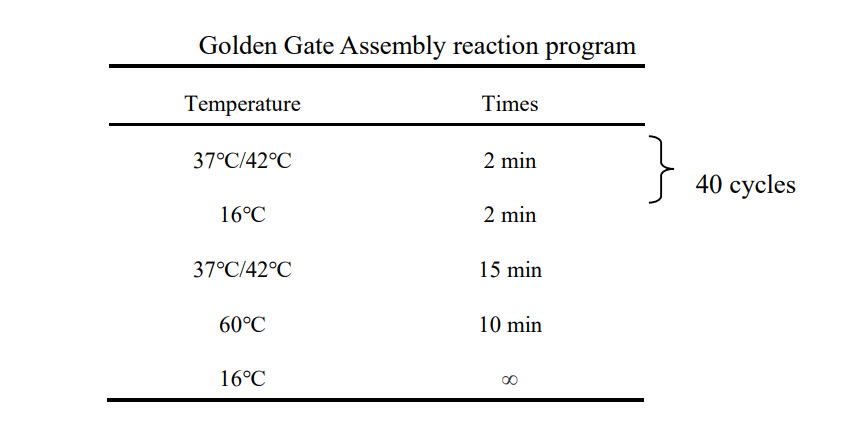 
The main adjustments including three aspects. The one is to increase the amount of the restriction endonuclease and ligase added into the system, considering that 1mL is insufficient to achieve highest efficiency. Besides, the restriction endonuclease is switched from BsaI to BsaI-HFv2(higher concentration). Another improvement is that we increase the molar ratio of insert with vector from 3:1 to 5:1 to achieve higher assembly efficiency. Finally, the reaction cycle is lengthened from 30 times to 40 times. It aims to ensure the higher rate of successful rate of assembly. By using these settings, we successfully complete the construction of the seven fragments.

At the same time, we were informed that the five fragments assembly of Links_China also encounters the bottlenecks. We intrude them with our methods in multi-part assembly. Through our mutual communication and a series of experiments, we finally got the correct result we expected. (Fig.2a; Fig.2b) We share the other information about the toolkit, for instance, the student leader Aaron share us an extra promoter sequence to enrich the choices for promoters. (Fig.2c)


Apart from that, we obtained valuable experience in homologous recombination and yeast transformation. During the process of construction of Level 2 plasmid, we found that the efficiency of Golden Gate assembly does not meet our expectation. To solve this problem, we took the method of the yeast homologous recombination. Despite some difficulties at early stage, we finally produce assembly methods with higher efficiency and successful rate than we previously used. It is incredibly pleased that our results inspire the Links_China, as they use same reaction system and program to construct their plasmid successfully as well. For more details on the links of Engineering of LINKS-China.


Meanwhile, we receive useful help from the Links_China. During the assembly of the plasmids, they provide us the vector plasmid type9 C-mTurquoise-Ura ( when they now what we needed specific yeast to express the chasiss). In returns, we share vector plasmid type8-pSB1K3-GFP and type8-pSB1C3-GFP with them, that giving more advantges to LINKS-China to complete their Level-1 plasmids construction.

We cooperate with Links_China not only on technical aspects, but also gave mutual helps at the beginning of making promotion video. They offered more advices beyond our expectations, with enthusiasm, so that we designed and made the second version of promotion video as soon as possible. Also we always regularly held online meeting to dicussed some encountered problems in the Wiki construction and uploading files. We often gave suggestions to each others. In the late stage of Wiki construction, we invited Patrick from Links to check the errors in our code. For those problems that we probably encountered in the uploading stage, Patrick made a Powerpoint specially for our reference. 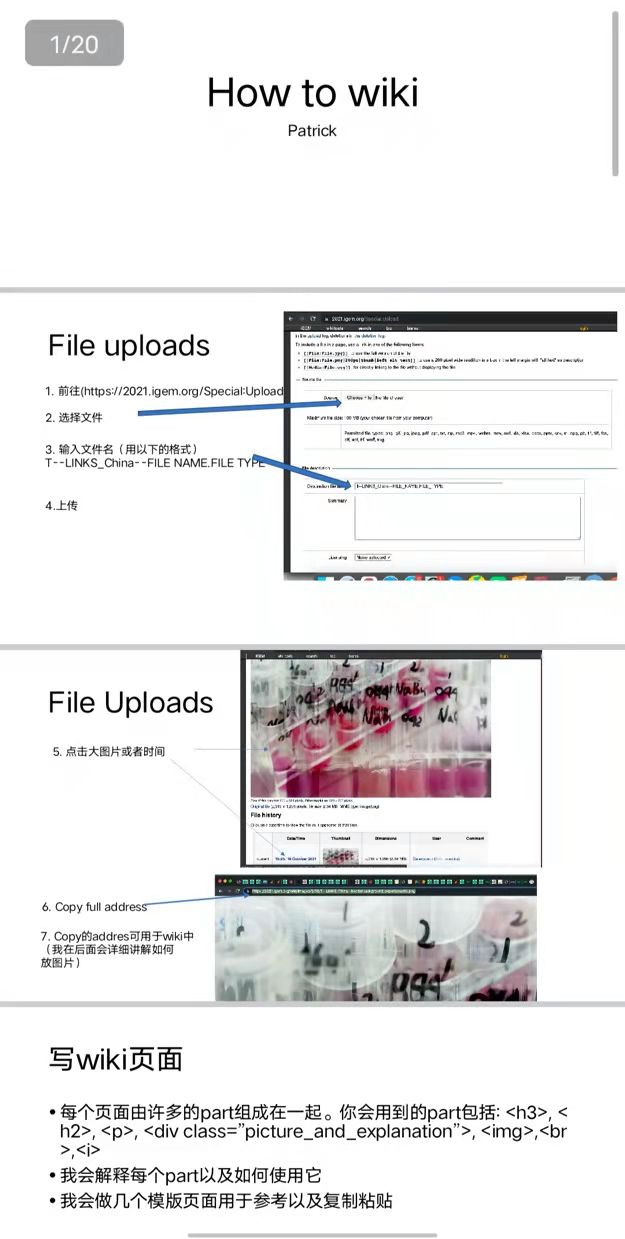 Meanwhile, we receive useful help from the Links_China. During the assembly of the plasmids, they provide us the vector plasmid type9 C-mTurquoise-Ura in Level2 assenbly and we share vector plasmid type8-pSB1K3-GFP with them. We cooperate with Links_China not only on technical aspects. In fact, we invited Patrick from Links to check the errors in our codes for wiki. Another thing deserved to be mentioned is the regular meeting between two team, where participants exchange their difficulties encountered during the experiment and newly come-up ideas, as well as the experience in human practice and so on, kindling many creative ideas in this occasion. (Fig.4a; Fig4b) 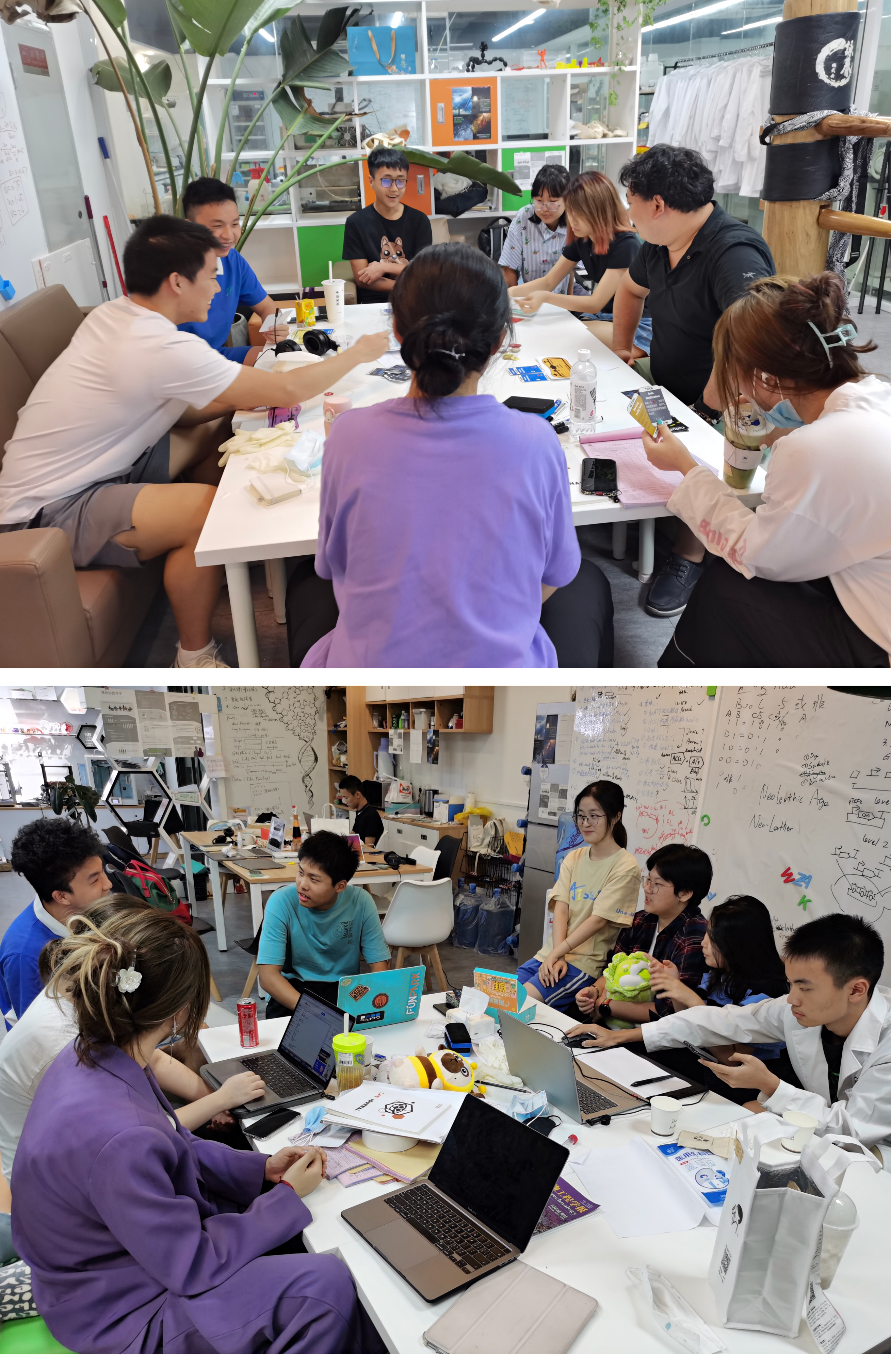 (Fig.4a Patrick and Cheng, Una, Bear, Millie, Dell, some members of our team; Fig.4b weekly meeting between AISSU_Union and Links_China)

We offered our opinions of designing uniforms with them, and exchanged both of our ideas, in order to achieve an interesting, and simpe and impreesive designing of the team's uniform. Lena from AISSU-Union kept contact with them and offered useful suggestions to LINKS-China. 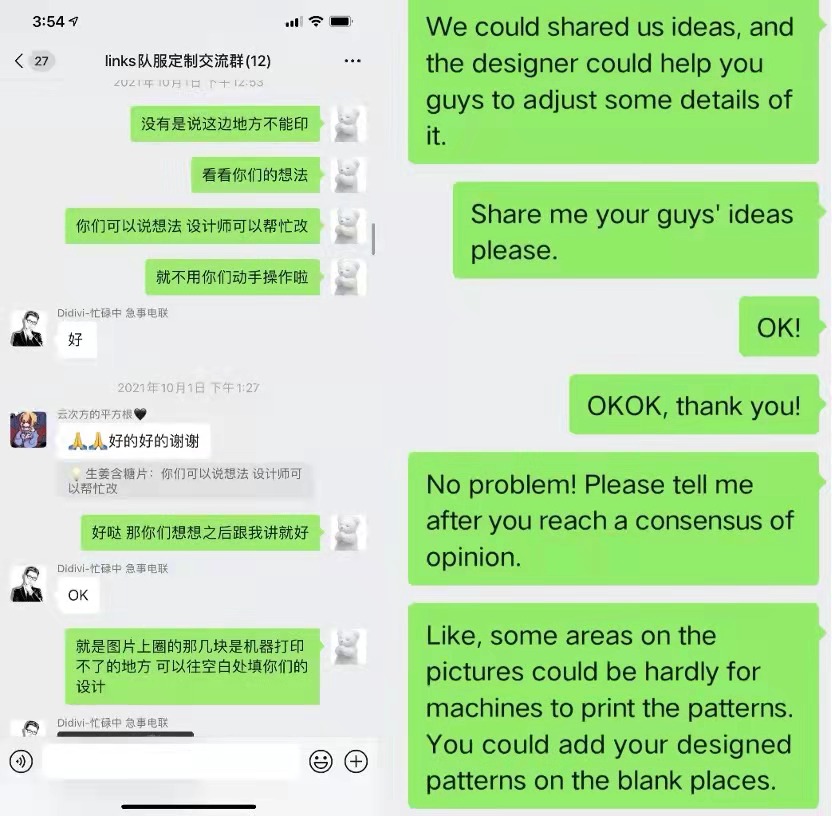 After a few day's discussion, LINKS-China successfully got a fulfilled designing version of their team's uniform, which looked like that: 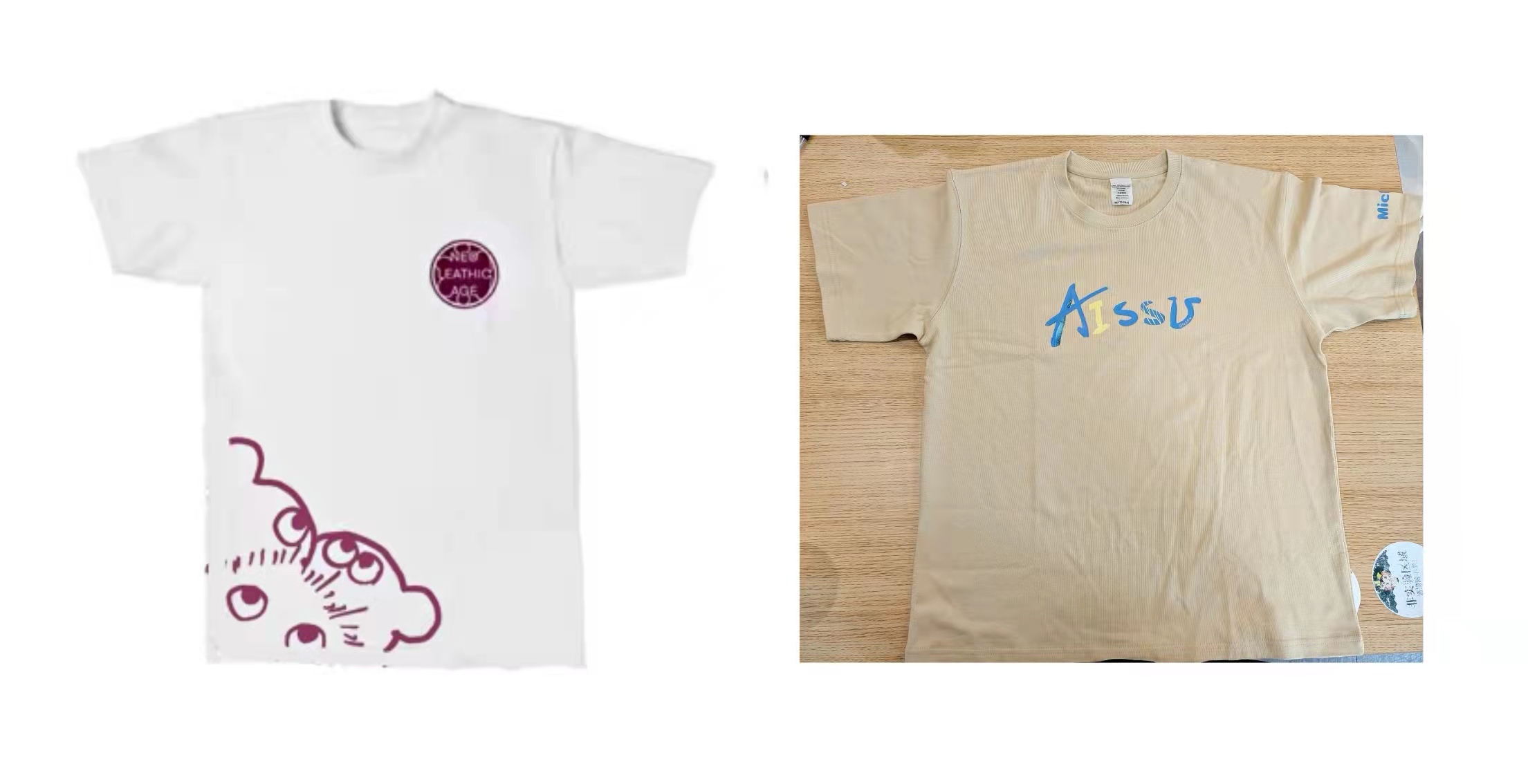 To find more details, please click here to visit the Partnership of LINKS-China