Our partnership with FSU started early in the summer of 2021. We initially met just to present our project ideas as well as our progress, and give feedback regarding that. FSU’s project focuses on tackling food insecurity, a widespread problem in the Tallahassee community where the university is located. Their goal is to make fresh produce more accessible to food-insecure people. However, fresh produce has a short shelf life, so they want to use synthetic biology to create a bioplastic for the preservation of produce. The bioplastic would be made from a combination of chitin, an organic compound known for its strong structural properties, and chitosan, a biopolymer that is both biodegradable and biocompatible, and would help the preservation of produce with its unique properties. On the research front, they wanted to first find a way to engineer E. coli cells to efficiently mass-produce chitin and chitosan. To investigate how this project would impact the community, they communicated with directors of food pantries in the community about the potential impacts of this biomaterial and received feedback about how it could be better integrated into the food pantry environment. We were really impressed by their approach to human practices. It inspired us to think more about how our device might be used and what processes needed to be streamlined or clarified to achieve this.

Within FSU’s procedure for chitin production, however, there is a slight problem: they aim to synthetically produce chitin by metabolically engineered E. coli to produce and secrete the organic compound. However chitin has been found to be toxic to E. coli themselves. Given that our device is engineered to help metabolic engineers determine optimal conditions for growing their organisms for maximum production of their desirable compoint we thought this would be a great opportunity for a collaboration. After several meetings, we came up with an outline of an experimental design. We planned to encode the gene for chitin synthase fused to a fluorescent protein mAmetrine into our blue-light controlled plasmid systems, pDawn and pDusk. That way we can monitor E. coli cell growth and chitin production through mAmetrine fluorescence intensity under different blue light stimulation patterns. This collaboration could in turn employ our OptoReader to determine the optimal rate of chitin production that maximizes yield of synthetic chitin while allowing for optimal E.coli growth conditions. Note that, however, chitin synthase expression does not necessarily correlate to the amount of chitin ultimately produced, so we are currently looking into follow-up experiments that can help us detect the actual production of chitin.

To combine these gene sequences, we cut the plasmids with restriction enzymes BrsGI and BamHi and join the sequences using NEB Hifi reaction mix. Once these plasmids were obtained, we transformed them into our E. coli cells. Below is a graphic of what should happen during blue light stimulation of the original and modified plasmids: 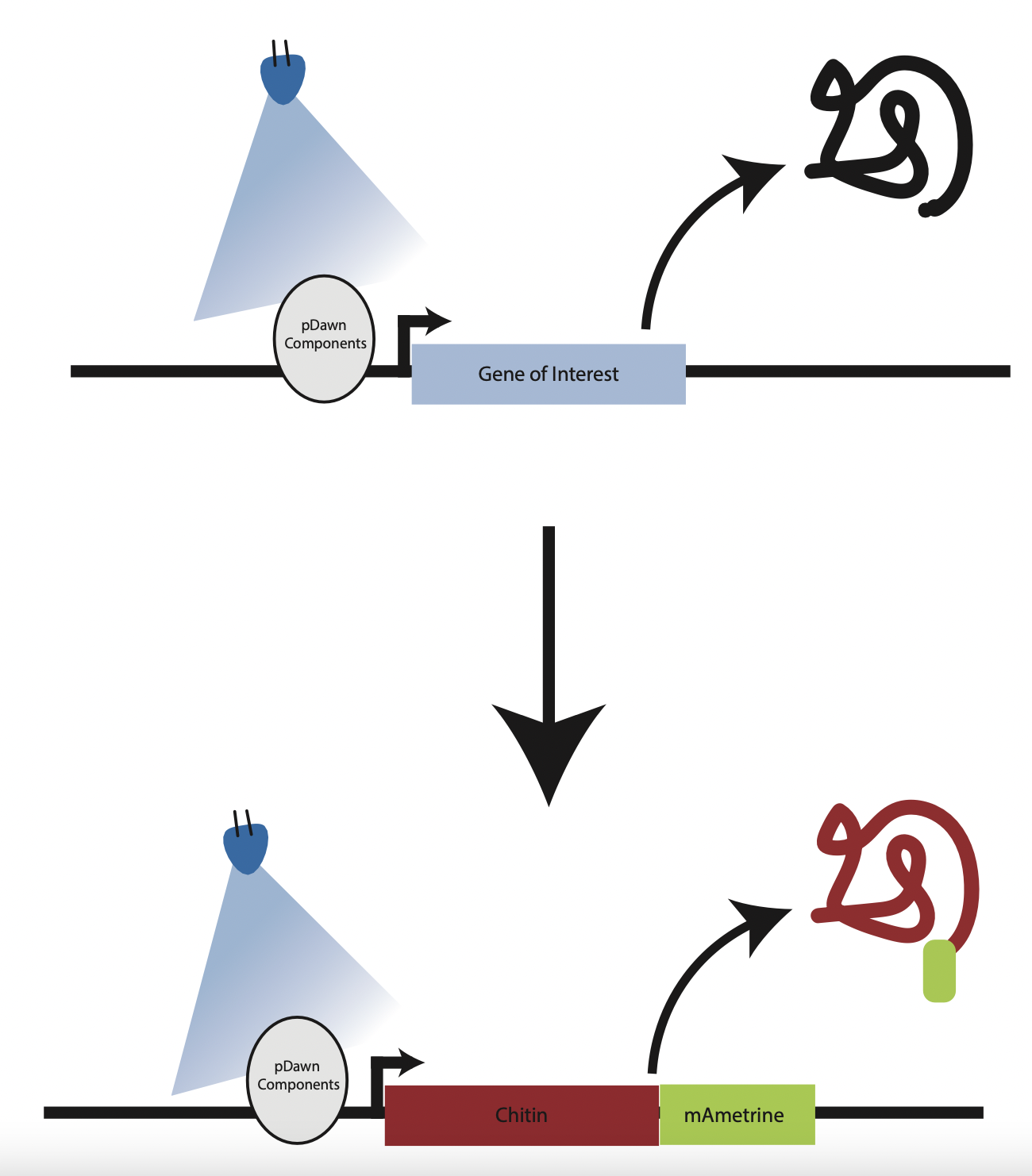 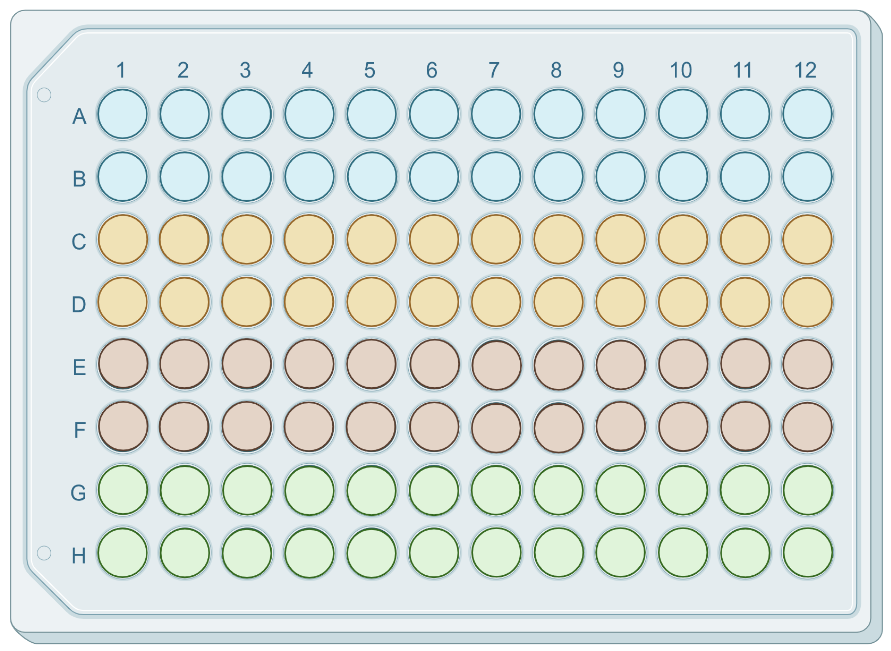 E. coli with chitin synthase but no light exposure


After plating, the device would be assembled and secured into our incubator to take experimental data overnight for 18 hours, with optical density and fluorescence measurements of each well being taken every 30 minutes. After the experiment, the data for each group would be averaged and compared to the other groups.

These experiments are still ongoing, and results will be reported and compiled as soon as possible! 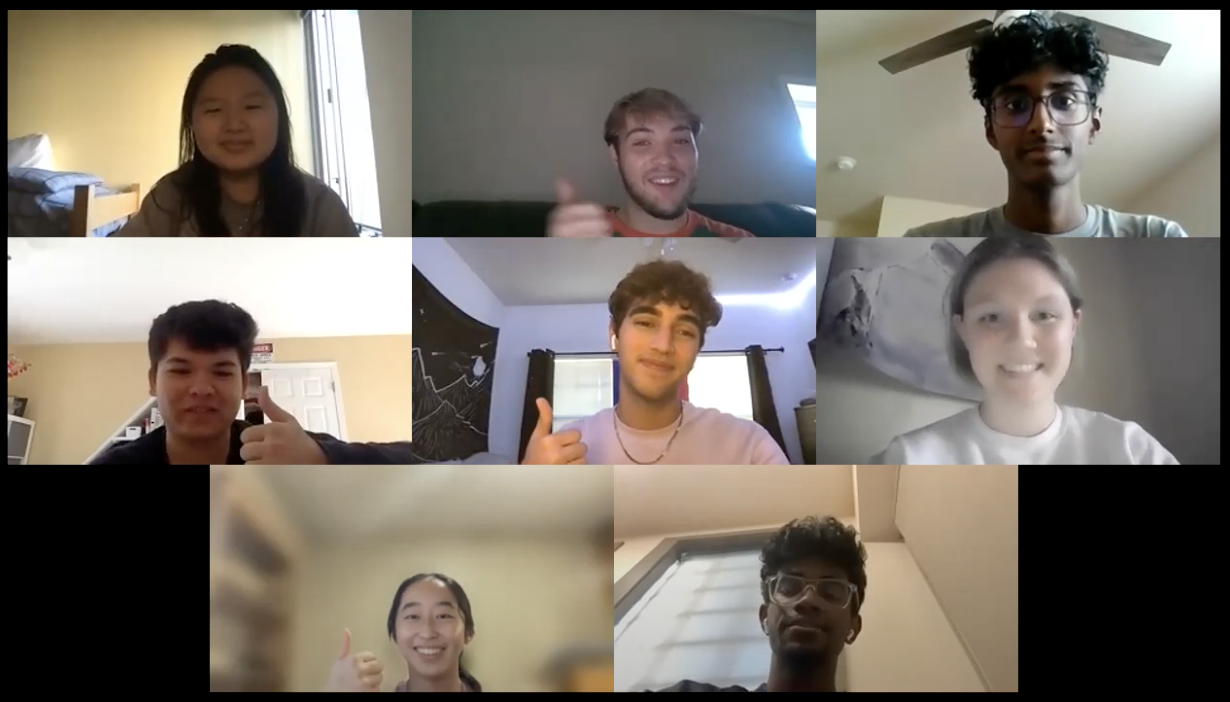 In addition to our project with FSU, we also met with them and teams at Lambert High School, Massachusetts Institute of Technology, University of Florida, and Johns Hopkins about once every week or every two weeks to discuss our project progress. These meetings, generally facilitated by FSU, were affectionately dubbed the meetings of the Eastern Seaboard. At our initial meeting, we individually presented our project and progress to each other and coordinated how some of us could potentially form collaborations. In the following meetings, we updated each other on our progress and asked for advice on problems we faced. These meetings were very helpful since we were able to hear from people with different perspectives and experiences with synthetic biology, everyone had a different approach to the problems. It was really interesting to see where we excelled, and what we could improve upon. In the final couple of meetings, we went through the iGEM list of deliverables and judging form, so that we could make sure everyone was on track. We also had fun joining in on JHU’s Minecraft iGEM collab and seeing everyone’s builds. 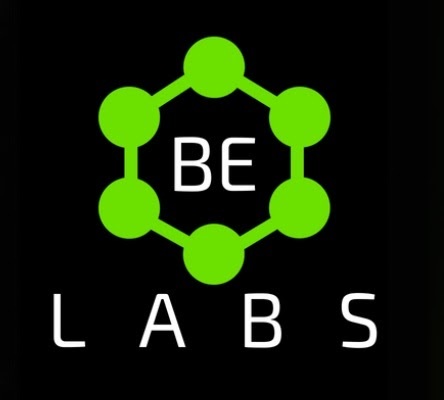