In the face of an ever-changing Earth it is important that we consider the shifting stage upon which environmental science stands. When the stage that we are trying to address revolves around the increasing consequences of global warming, the importance of these considerations are elevated. For us this meant putting extra consideration into how coral reef ecosystems are affected in the long term, whilst testing the feasibility of our solution. As our solution revolves around the implementation of transcribable proteins into the algal symbiont, the parameters; temperature and pH, were important considerations for the enzymatic kinetics of our structural and mathematical models.

A key factor of our project was to consider the ramifications of continual increases in oceanic surface temperatures with decreases in water pH levels. To explore this, we integrated and investigated the effect of temperature and pH into some aspects of our two-pronged solution. From research, the ocean can capture a quarter of the atmospheric carbon dioxide that is produced from human activities (Climate Kids, 2021). As more carbon dioxide is captured, the concentration of carbonic acid will also increase which will cause subsequent acidification of the ocean. A decrease from the normal pH range of 8.1 to more acidic levels can disrupt the cellular responses of organisms until functioning ceases. The long term systemic consequences of this involve decreased livelihood for shelled marine animals and weakening of coral reef systems (Climate Kids, 2021).

Additionally, average oceanic surface temperatures have risen by an average of 1 degree Celsius in Australia since 1900 which seemed to be a small difference in the grand scheme of things (State of Climate, 2020). However, this small statistic has been characterised by the increased frequency of marine heatwaves in the Great Barrier Reef over the past couple decades. This fact only serves to emphasise the sensitivity of the natural relationship between the common algal Symbiodinum sp. and host corals. Thus, a solution that could both prevent coral bleaching and withstand changes in temperature and pH was designed. 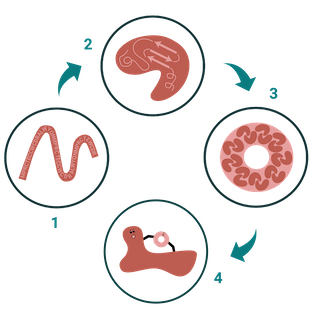 Small heat shock proteins (sHSPs) are ATP-independent molecular chaperones involved in generating aggregate structures with unfolded proteins. Bonded aggregates can then be refolded by other proteins, enabling normal functionality of the previously unfolded protein (Haslbeck, M. 2018). For our project, we plan to implement sHSPs into algal symbionts to prevent permanent denaturation of structural proteins from temperature and reactive oxygen species (ROS) stress. For this, we used the heat shock protein ‘HSP22E’ which comes from a thermotolerant microalgae Chlamydomonas reinhardtii as we theorized this would impart thermotolerance onto Symbiodinium sp (UniProtKB. 2007). To test if this was the case, we used structural modelling and molecular dynamic methodologies to investigate functional oligomeric structures this chaperone operates in and how it binds unfolded proteins. Temperature was also a consideration in examining this aspect of our solution. 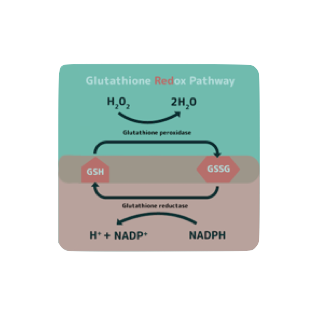 The glutathione system is a three part system consisting of glutathione synthetase, reductase and peroxidase which is involved in antioxidant defense against reactive oxygen and/or nitrogen species (Morrs, G. 2014). The objective for Implementing the glutathione system into Symbiodinium sp. was to increase the capacity of the algae’s antioxidant system against toxic ROS which is produced from algal photosynthetic machinery (Neilsen, D. 2018). We theorised this would limit the occurrence of algal ejection from coral hosts as the antioxidant system can combat increased levels of toxic ROS due to warming of the coral reef. To do this, we had to investigate optimal enzymatic activities of the glutathione system across a range of species, before generating an ensemble model. Temperature and pH were both considered during the investigation phase of our mathematical models.