To establish our brand and help our product appeal to buyers when launching Shinescreen, there must be a set of coherent ideas that are strategically conveyed to our potential consumers. These include the following points Purpose: To sell our sunscreen, and to educate individuals about dangers that toxic sunscreen chemicals pose to the marine environment, especially with regards to coral reefs

Goal: To make people more environmentally conscious, and to encourage individuals to buy reef-safe sunscreens (instead of sunscreens that are damaging to the marine environment.

Message: Coral reef degradation is a huge problem for both marine ecosystems and human livelihood. Living a more sustainable lifestyle (for example, buying reef-safe sunscreens) will help to reduce the detrimental impacts that human activity has upon coral reefs (and the environment as a whole).

The best way to market our product would be through a mix of social media, marketing, and word-of-mouth. As we are a University team, we could start advertising our products to friends and family that would, in turn, tell other people about Shinescreen. Starting with advertising at the university would be an advantage as universities and schools are places where students are being exposed to new ideas and challenged by them on a daily basis, making people more open to new ideas as well as raising any concerns to them, such as our probiotic sunscreen. In addition, we would have the opportunity to collaborate with different societies where we believe that our product would reach key customers which we also would be able to engage with. This is something we have adapted as we have collaborated with the University of St Andrews Public Engagement department and having our own stall at the St Andrews University Green Fayre. At the Green Fayre, we advertised both iGEM and our Shinescreen project to students at our university and encouraged lots of individuals to get involved in our project.

The main social media channels used by our team would be Facebook, Instagram, and Twitter, where we would post promotional material about our work, the Shinescreen product itself, and important information about the marine environment and its threats. To learn more about our growth potential and the steps we need to take to reach a broader audience, we looked at our Instagram insights.

From June 27th 2021 to July 26th 2021, our team had achieved a total amount of 678 accounts reaches, the majority of accounts belonging to non-followers (see Figure 1). Posts reached 997 accounts, while stories reached 146 accounts, with more non-followers reached through posts ( see figure 2. )Accounts reached is the number of unique Instagram accounts that have seen our content- this includes posts, stories, reels and IGTV videos. 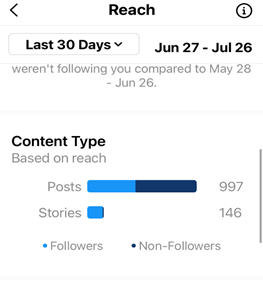 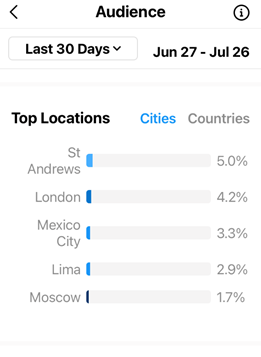 Figure 3. Top 5 locations where our followers live between June 27th and July 26th.

We have a relatively international audience, with the highest percentage of viewers located in St Andrews and London, (see Figure 3). 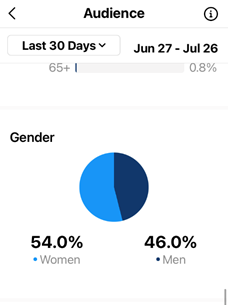 Figure 4. Distribution of male and female followers from June 27th to July 26th. 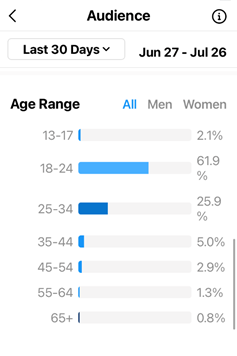 Figure 5. Age distribution of our followers from June 27th to July 26th . 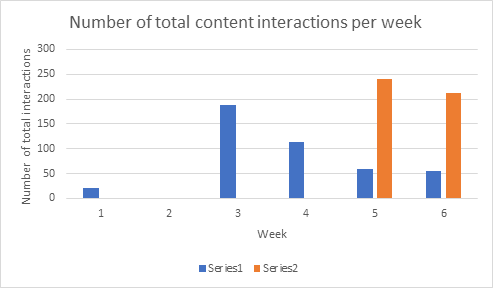 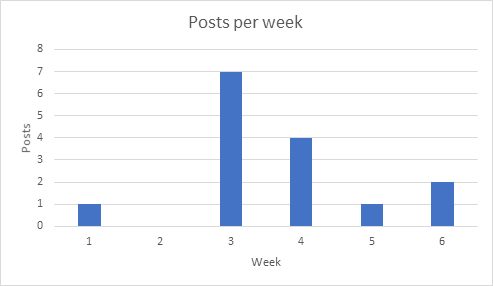 Figure 7. Number of posts per week between 26th of June and 27th of July

Analysing our Instagram insights (see Figures 1 and 2), our team have a good reach, especially with the large number of non-followers that we reach. We should therefore post more posts (rather than stories) to keep reaching unique accounts to reach our goal. Our goal is to make people more environmentally conscious and to encourage individuals to buy reef-safe sunscreens (instead of sunscreens that are damaging to the marine environment.

It is good that we have a broad audience, (see Figure 3), however as we intend to first launch Shinescreen in Europe and the United Kingdom, we should try to broaden our audience elsewhere in Europe and the UK. We have already started achieving this by collaborating with different iGEM teams (such as Manchester and King’s College London), where we have had the opportunity to promote our product through appearing as guest-speakers on Manchester’s ‘The Living Revolution’ Podcast and also discuss our project with high-school students participating in KCL’s Biologix synthetic biology competition. A future possibility would involve reaching out to other universities for collaborations outside of iGEM, as well as to marine and environmental-oriented organizations in other European countries for partnerships and sponsorships.

The distribution of our audience categorized into women and men are relatively even (see Figure 4). The proportion of women is slightly greater, which might be an advantage as women usually spend more time on economic decisions and usually spend more money on cosmetics, and may thus be more likely to purchase our product (Sayre, 2009). Nevertheless, it is positive that our audience distribution is uniform, as we want our product to target and appeal to everyone, regardless of their gender identity.

Our age group distribution (see Figure 5) is concentrated within the 18-24 and 25-34 age groups, which is good as they most likely will have the purchasing power to buy our product (‘Consumer Shopping Trends and Statistics by the Generation | V12’, 2019). Moreover, younger adults are usually more concerned about the climate crisis which might make our product more appealing to that age group.

We would also want to reach the older age group over 35 as our sunscreen benefits everyone, and the more people that would use it the better. In order to attract an older audience, we could try to emphasize the health benefits of wearing sunscreen in our campaign and social media outlets, such as skin cancer prevention. In our current project, we have made educational material for primary-school children, which may be a subtler, but equally beneficial method of reaching the older age groups. As a lot of primary-school children have parents within the age-range we are trying to target - hence parents could perhaps be influenced to learn more about our product following discussions with their children. Similarly, our workshops in mom and baby groups will attract mothers to purchase our product (or other reef-safe sunscreen alternatives), and they will in turn tell their friends about marine friendly sunscreens.

Based on Figures 6 and 7, there is no clear correlation between the number of posts posted each week and the number of total interactions, as in week 5 that only had one post got a higher total interaction number than week 3 where 3 posts were uploaded. Consequently, a suggestion would be to have a regular post schedule with at least one post a week to attract a larger audience.

Based on our goal, purpose and message, we made a few poster examples to attract our target customer groups. 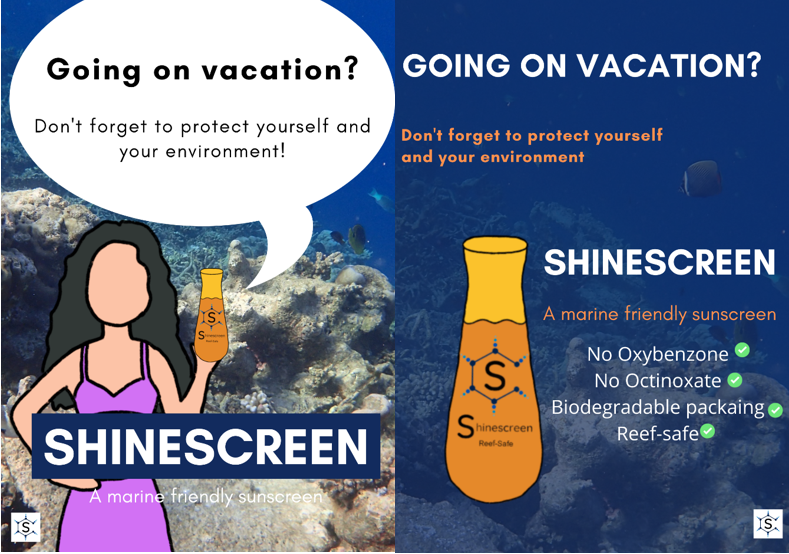 The two posters in Figure 8. are targeted to people going on holiday to sunny destinations, and these would be placed in public areas such as malls to reach as many individuals as possible from our target audience. Malls are especially beneficial because a lot of people go shopping for new clothes when going abroad to warmer destinations and this poster would remind them of buying sunscreen. The poster below (see Figure 9) would also be set up in public places and it targets all types of sunscreen users. The aim of the poster in Figure 9. is to inform individuals about what Shinescreen is (rather than what our brand is trying to achieve). 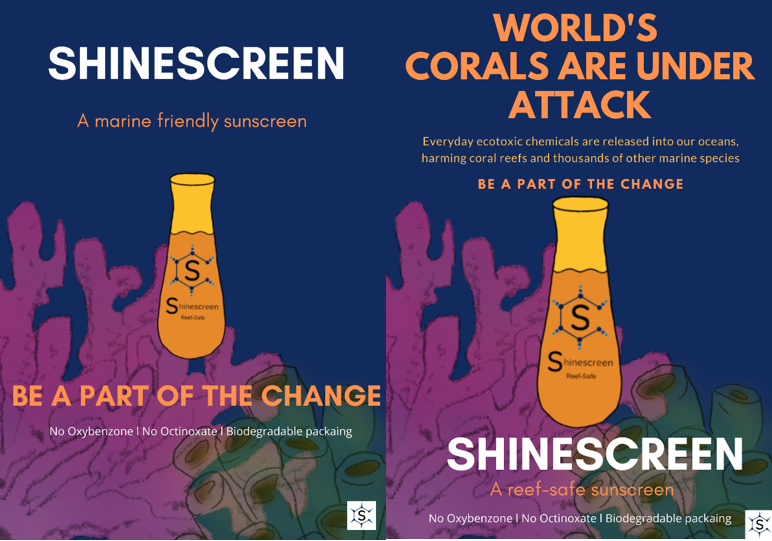