By far the biggest contribution our team has made in terms of education is the organisation of the August School of Synthetic Biology in the scientific town of Akademgorodok, Novosibirsk. This summer school ran from the 21st to the 28th of August and primarily targeted students from regional universities studying not only biology but also related fields such as biotechnology or biomedicine. However, some of our students were people who only just graduated high school this summer.

Another key goal of the school was to provide training for educators from all across the country so that they can bring synthetic biology to their own classrooms. In the wake of an unfortunate lack of resources on this topic in the Russian language, such an exchange of knowledge and educational materials between specialists is pivotal to raise a new generation of synthetic biologists. This would also help to make our work available to a wider audience, and not just the attendees of our summer school in particular.

Synthetic biology is actually well developed in the capital of Moscow, which is reflected in the proportion of Russian iGEM teams from there - we’re currently the only Russian team not from there. In fact, we’re the only team from the whole of Siberia, a region the size of two Australias and with a population almost the size of that of Canada! We sought to play our part in correcting this situation and sharing our knowledge, as we have many talented compatriots from all across the country.

Our summer school acted as a general introduction to synthetic biology and its methods and doubled as preparation for iGEM and the Genome Editing section of the local STO (science and technology) Olympiad for high school and university students. In this way, we aimed to not only spread the awareness of opportunities provided by taking part in international competitions (i.e., iGEM) but also support local educational events.


Members of Team Siberia were heavily involved in every single aspect of organising the school:

LABx1 (Isolation of plasmid DNA and transformation of bacterial cells)

Our students independently isolated plasmid DNA which carried the gene for the fluorescent protein GFP from bacteria of the DH5 alpha strain. This strain is useful in that it is good for the production of plasmid DNA since it contains a mutation in the endA1 gene, which blocks the synthesis of an endonuclease. The students then chemically transformed the isolated DNA into another bacterial strain, BL21 (DE3), which is used by researchers to produce a protein product. After transformation, bacteria were plated on Petri dishes and incubated at 37C until the next day. 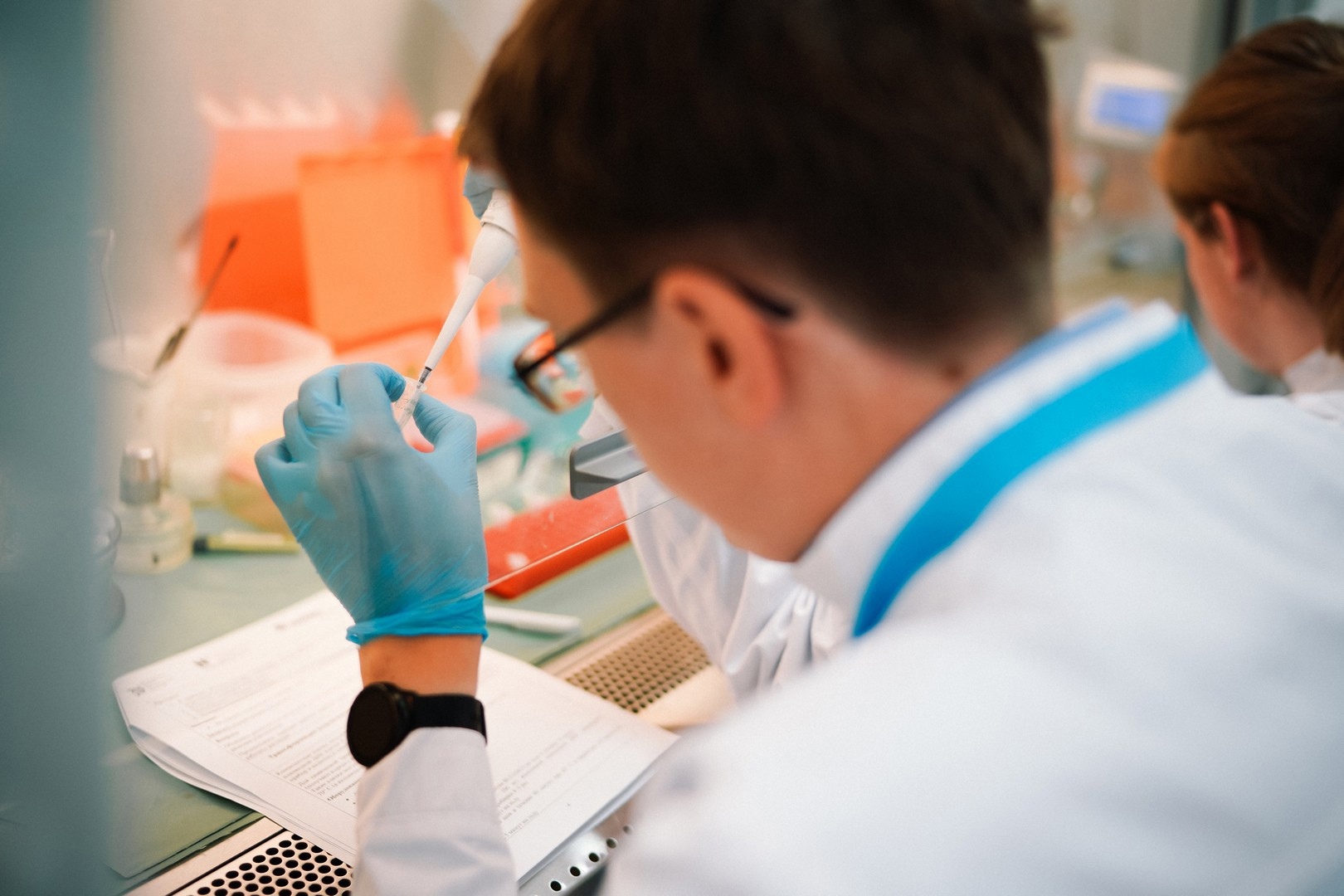 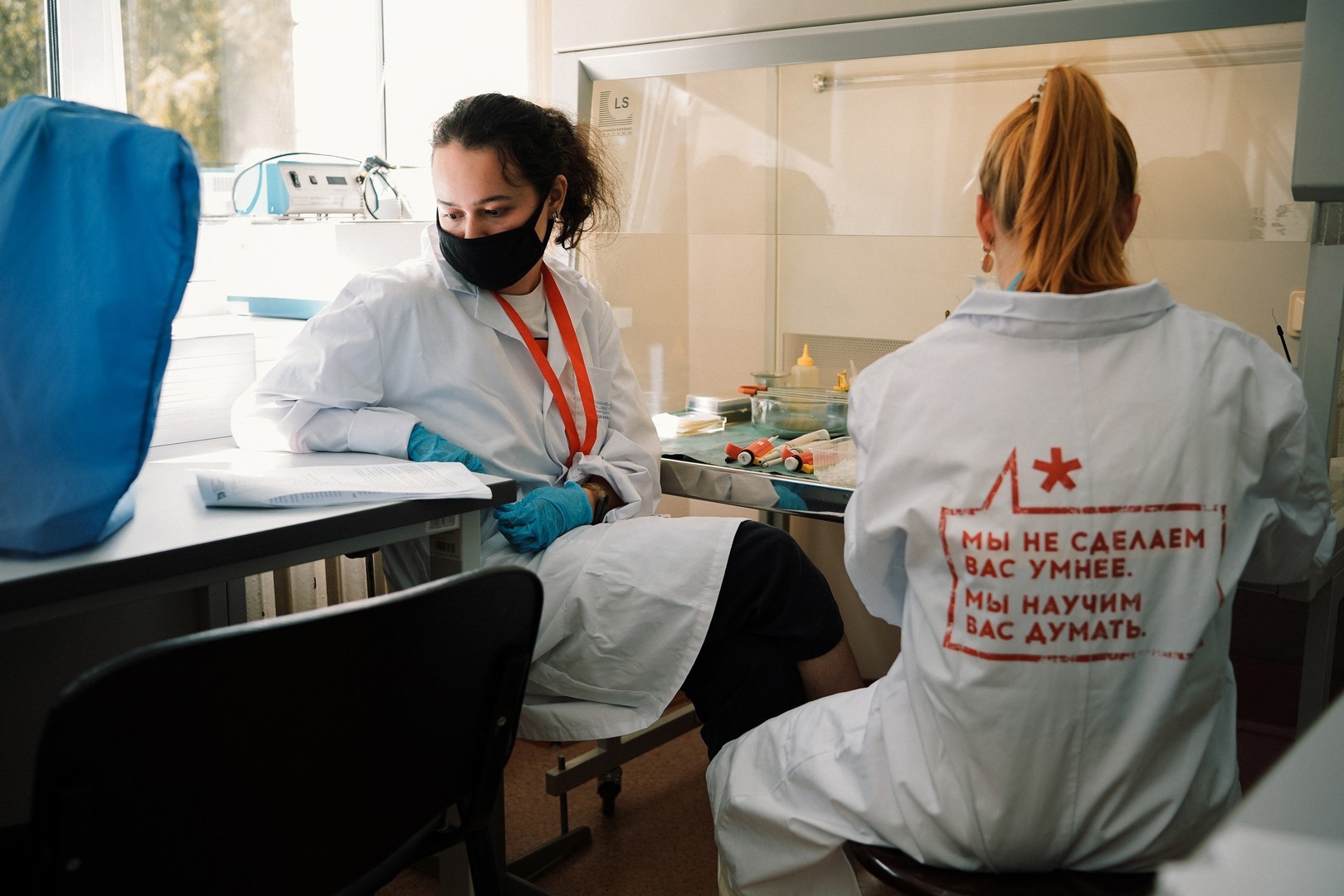 Students were introduced to the modelling of 3D protein structures. The lecturer told the students about the features of the AlphaFold program and helped them model their own proteins by changing the properties of the protein of interest. 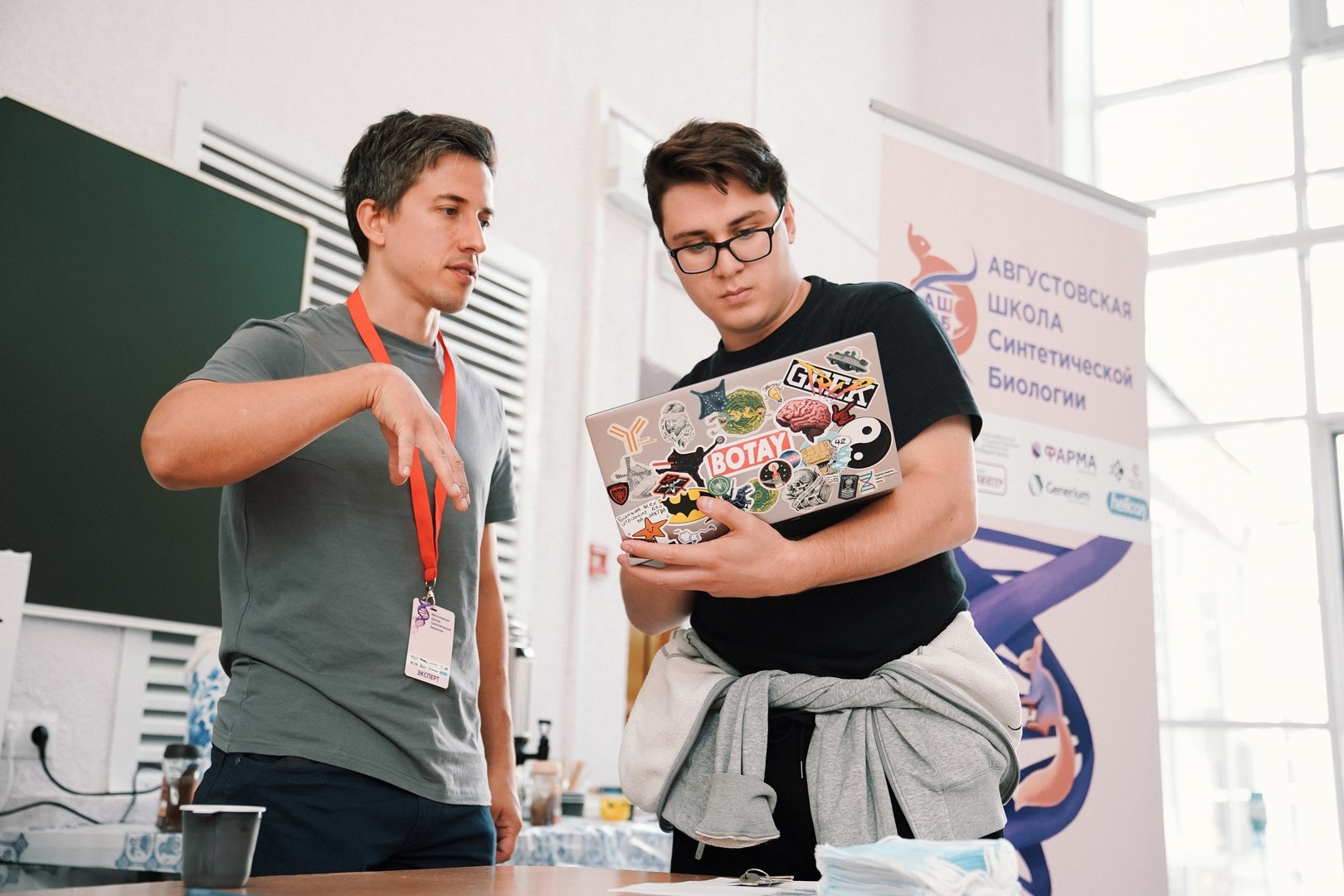 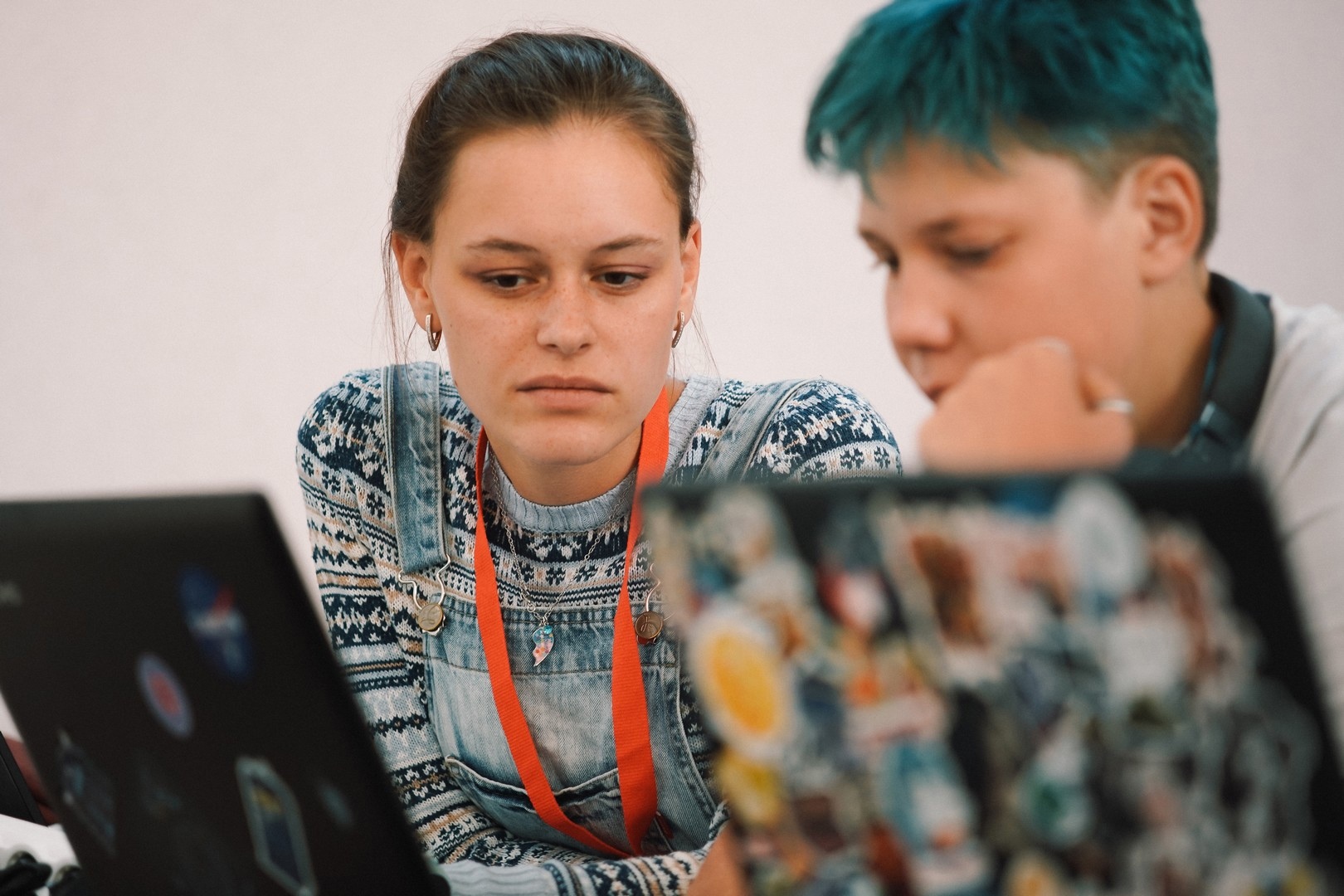 Our students worked on chromatographic purification of a fluorescent recombinant protein and its accumulation on a polyacrylamide gel by electrophoresis. Immobilized metal affinity chromatography (IMAC) is a widely used method to purify proteins that contain a hexahistidine tag. The sorbent contains functional groups of nitrilotriacetic acid, which chelate to the cations Cu2 +, Ni2 +, Co2 +, and Zn2 +. The charged sorbent specifically binds proteins via the polyhistidine tag. This approach allows us to obtain a sufficiently pure protein in one chromatography experiment. 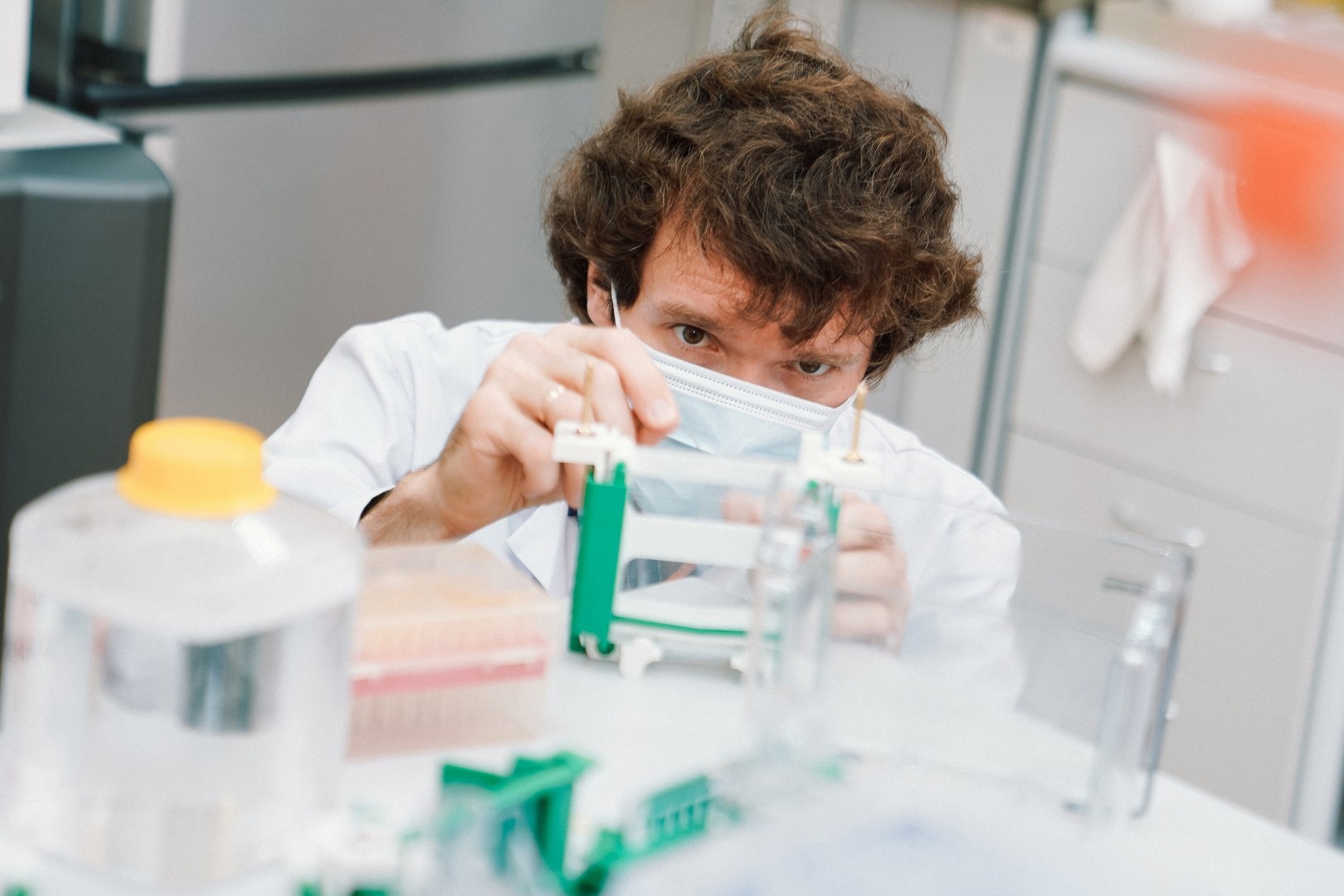 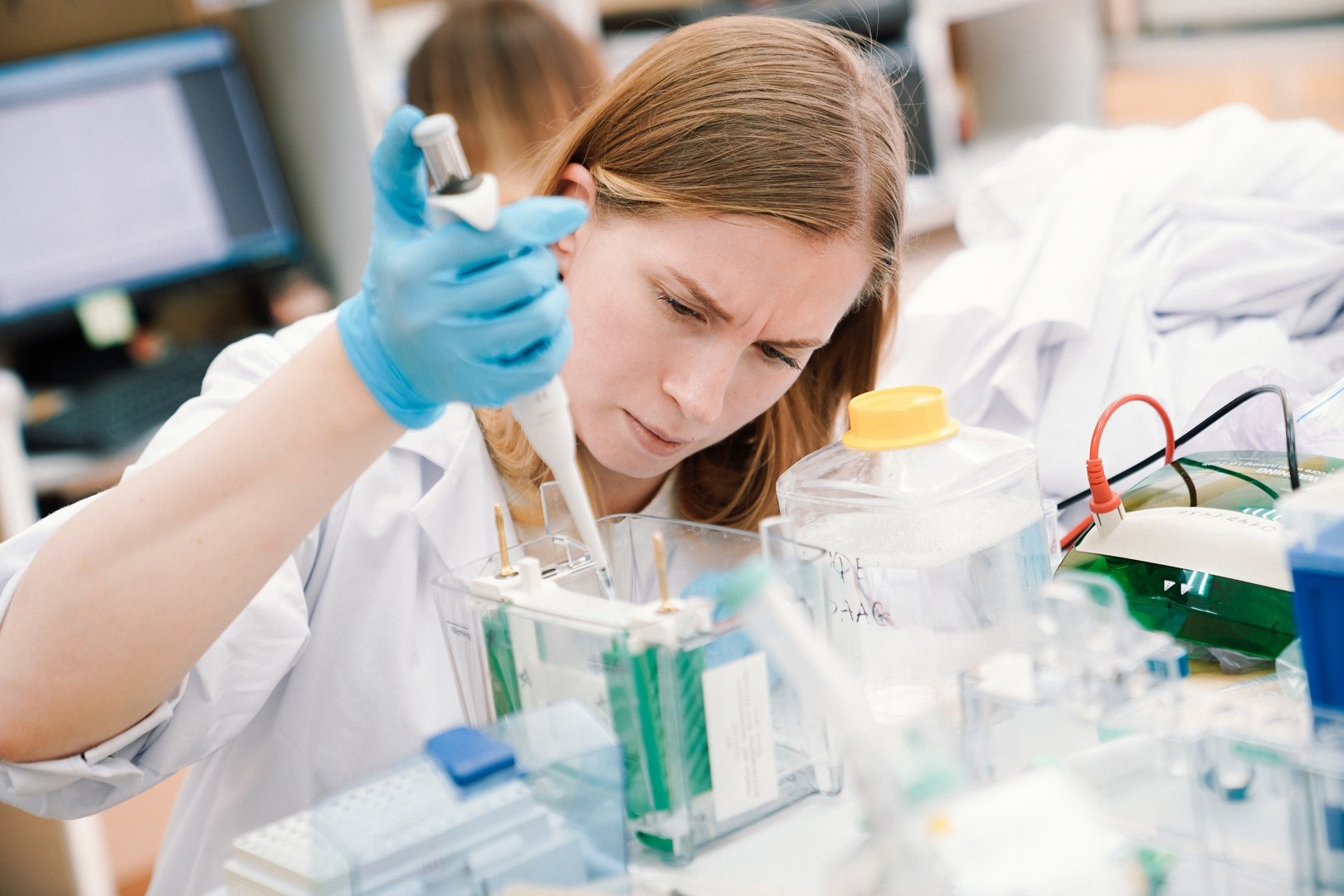 During the second bioinformatics module, students listened to basic theory on Python programming and learned how to write code in Jupyter Notebook and Spyder. The lecturer then explained the specifics of Python application for biological tasks. Students learnt how to generate random sequences of a given length from letters of genetic code - A, T, G, C - using the NumPy library and also how to write the result in a FASTA file. At the end of the lecture, the students were presented with various biological problems, such as how to calculate the GC-composition in 100 random sequences, each 60 bp long. 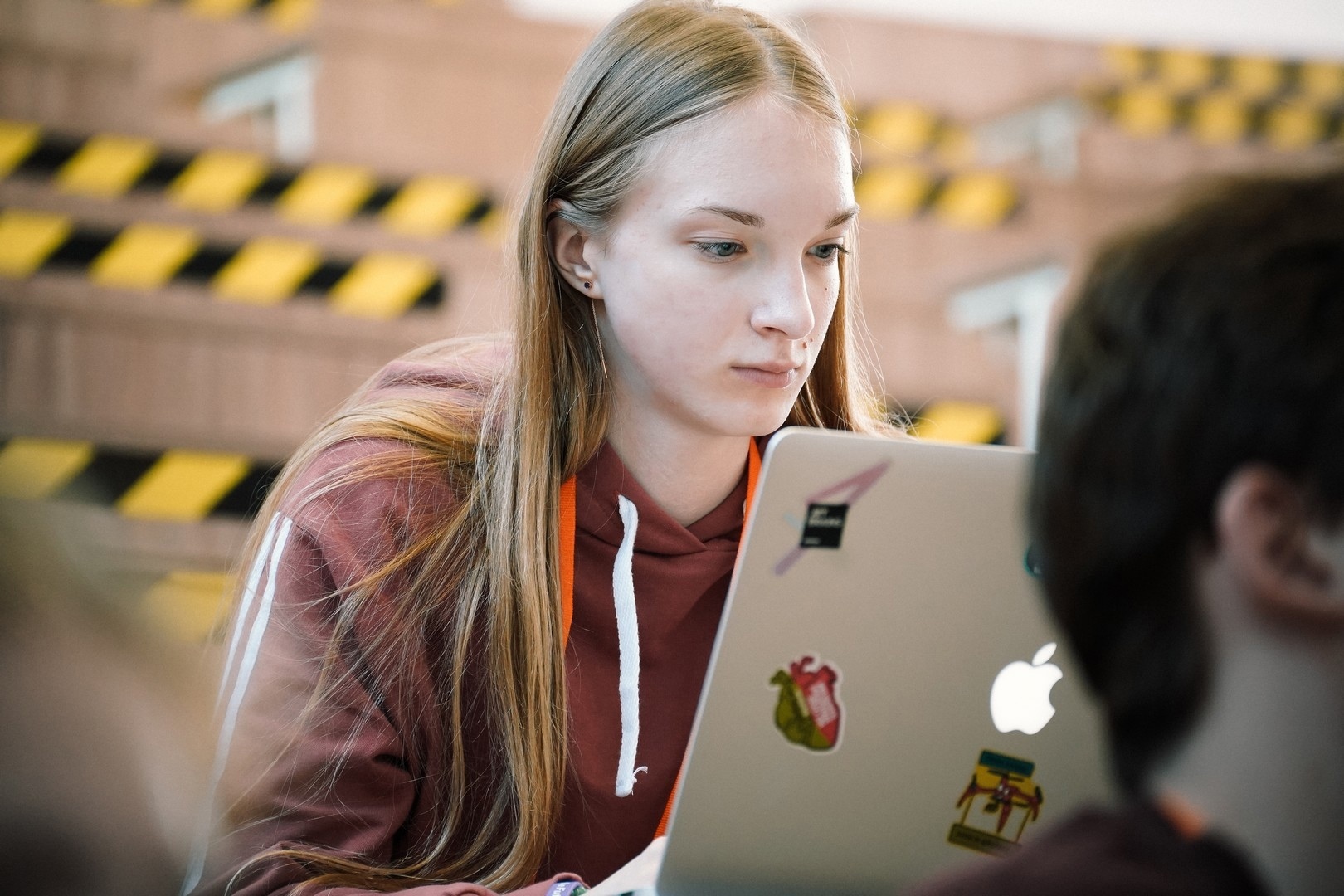 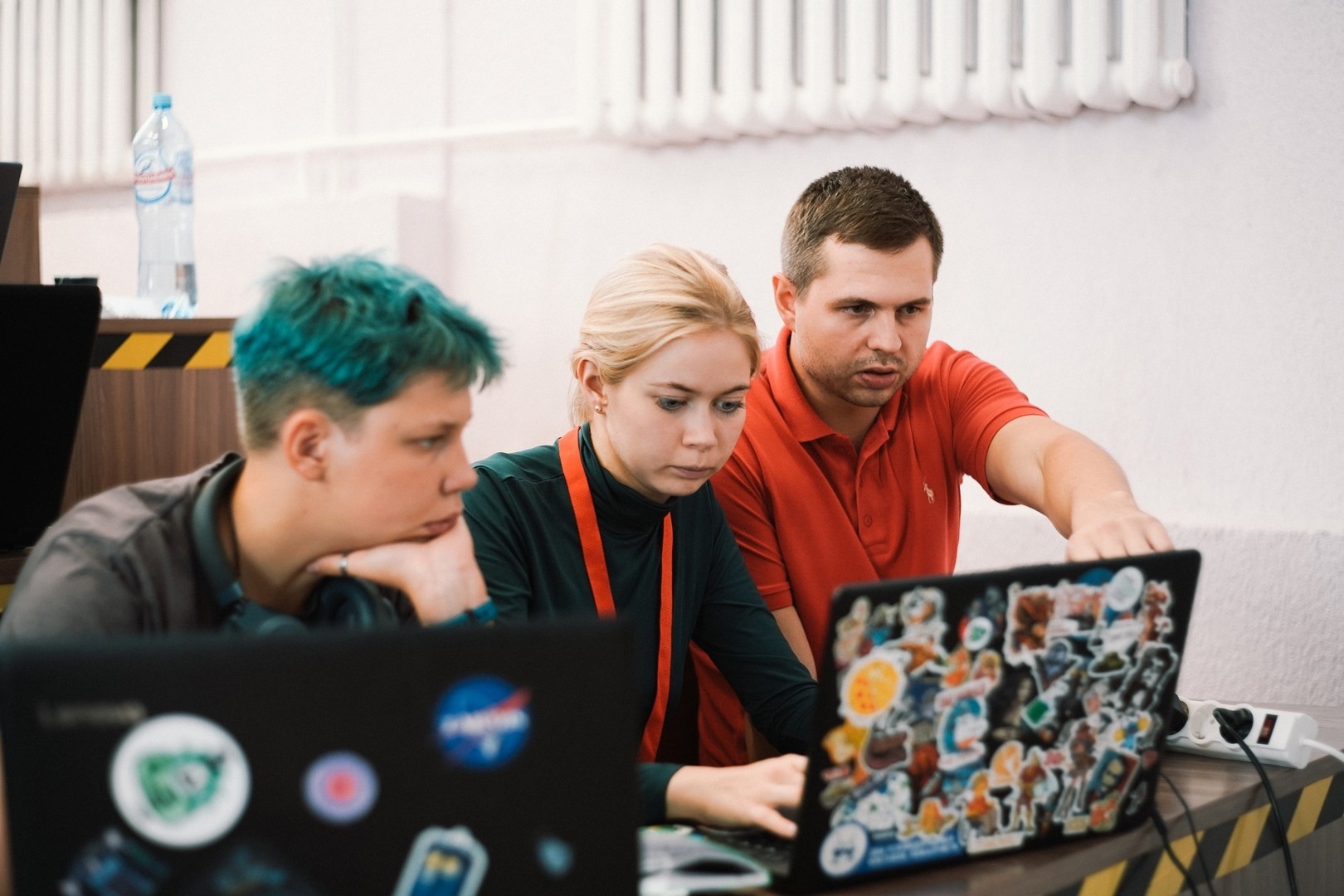 In the final laboratory module, students analysed the products of a gene-editing system. An experiment on editing the EGFP gene by the CRISPR / Cas9 method was carried out at the Laboratory of Genomic and Protein Engineering of the ICBFM SB RAS. As a result, Petri dishes with colonies containing plasmids with gene fragments of the original and mutant EGFP were obtained, which were offered to students for analysis. Through the use of PCR and restriction analysis, students were able to determine the efficiency of the gene-editing system by identifying how many colonies contain the mutant EGFP gene and which ones contain the normal gene. Thus, the students were introduced to the TA cloning method. 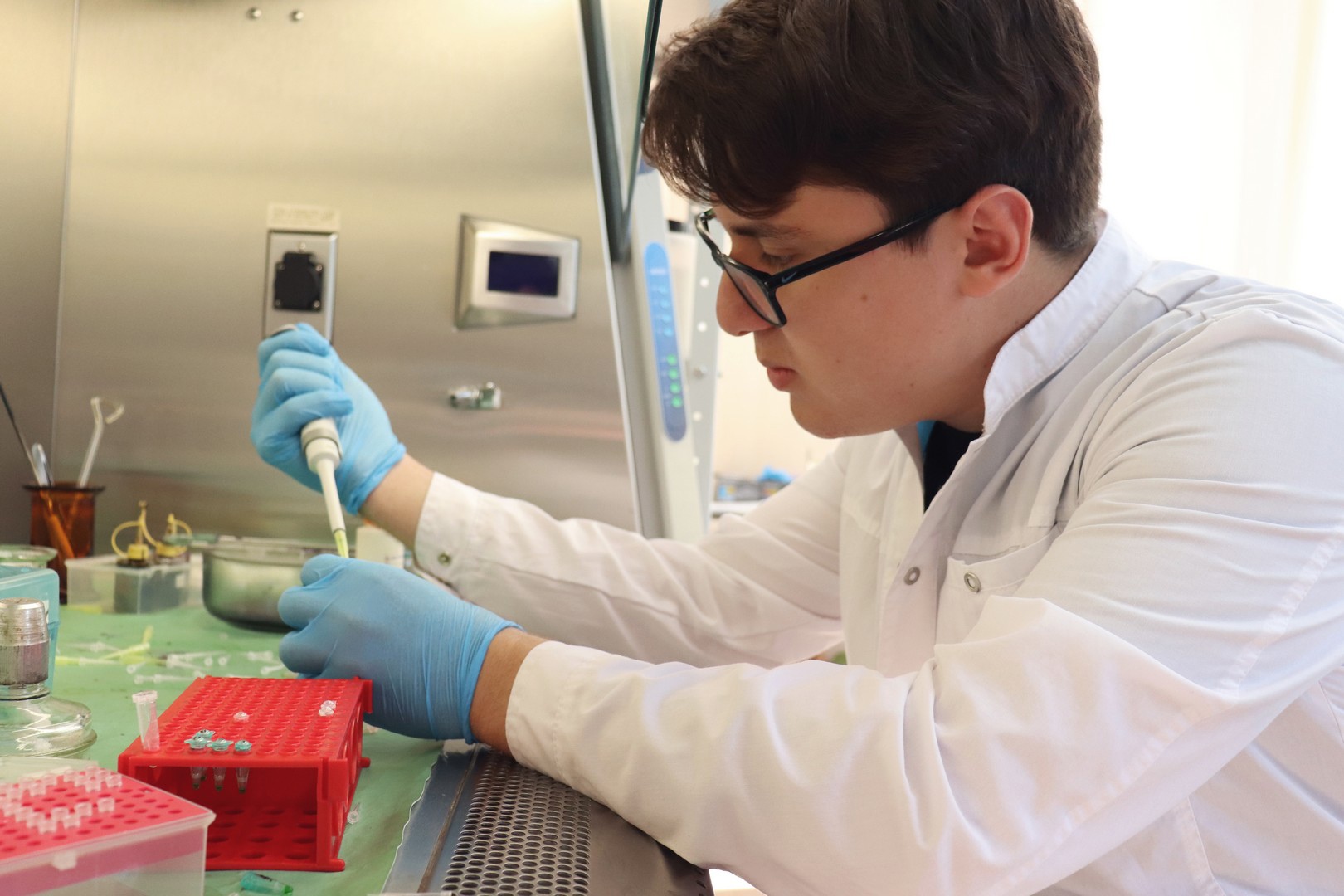 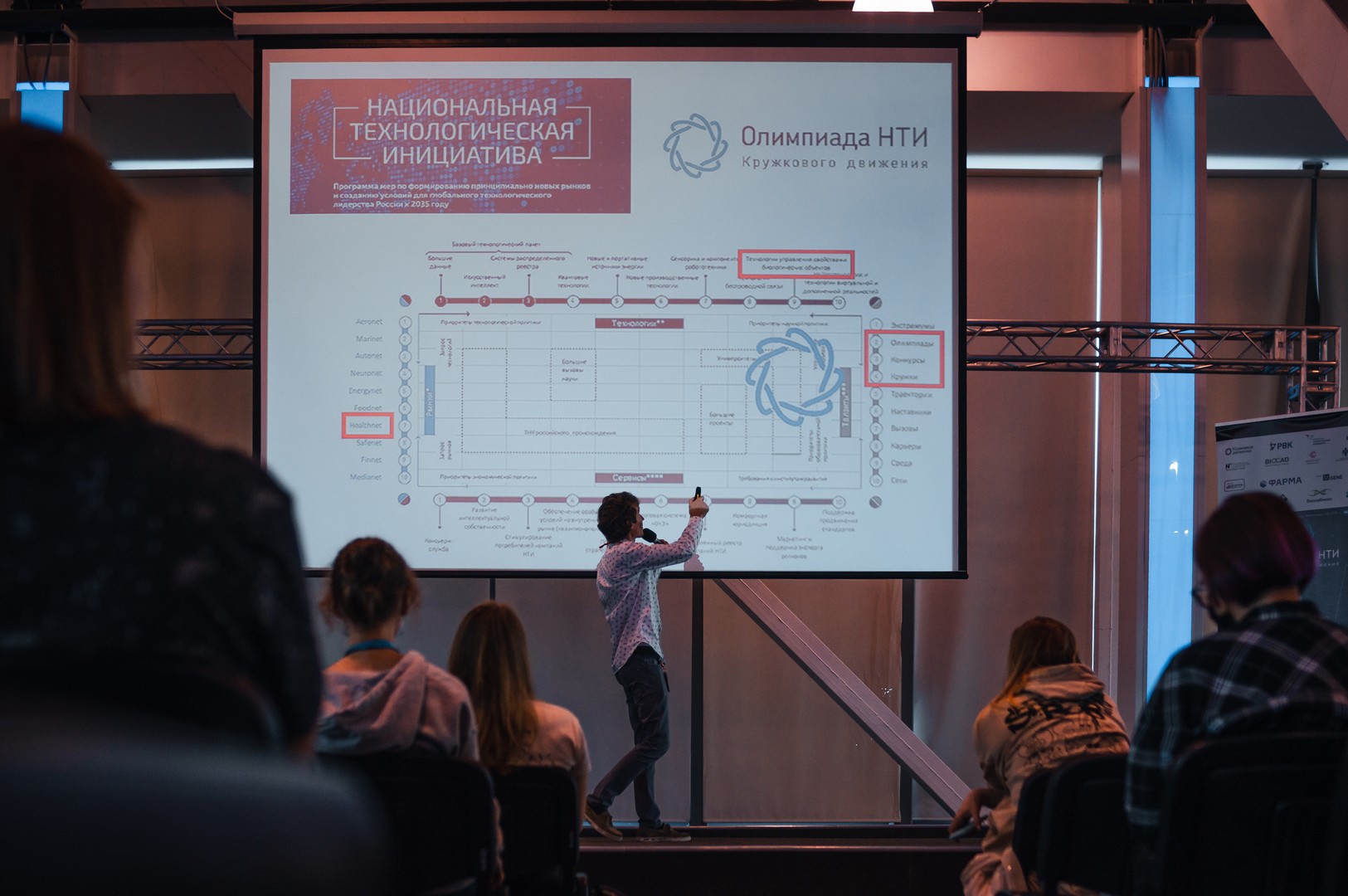 In the last bioinformatics module, students were introduced to the interface of the Ugene program and learned how to use some of its basic functions. With some guidance from their lecturer, students found unique sites of the restriction endonucleases NcoI and BamHI in the pET-28 plasmid, cut the EGFP gene at these sites from another plasmid and then inserted it into the pET-28 plasmid vector. Thus, students learned how to simulate in vitro processes using the Ugene software.

*Corresponding Members of the Russian Academy of Sciences 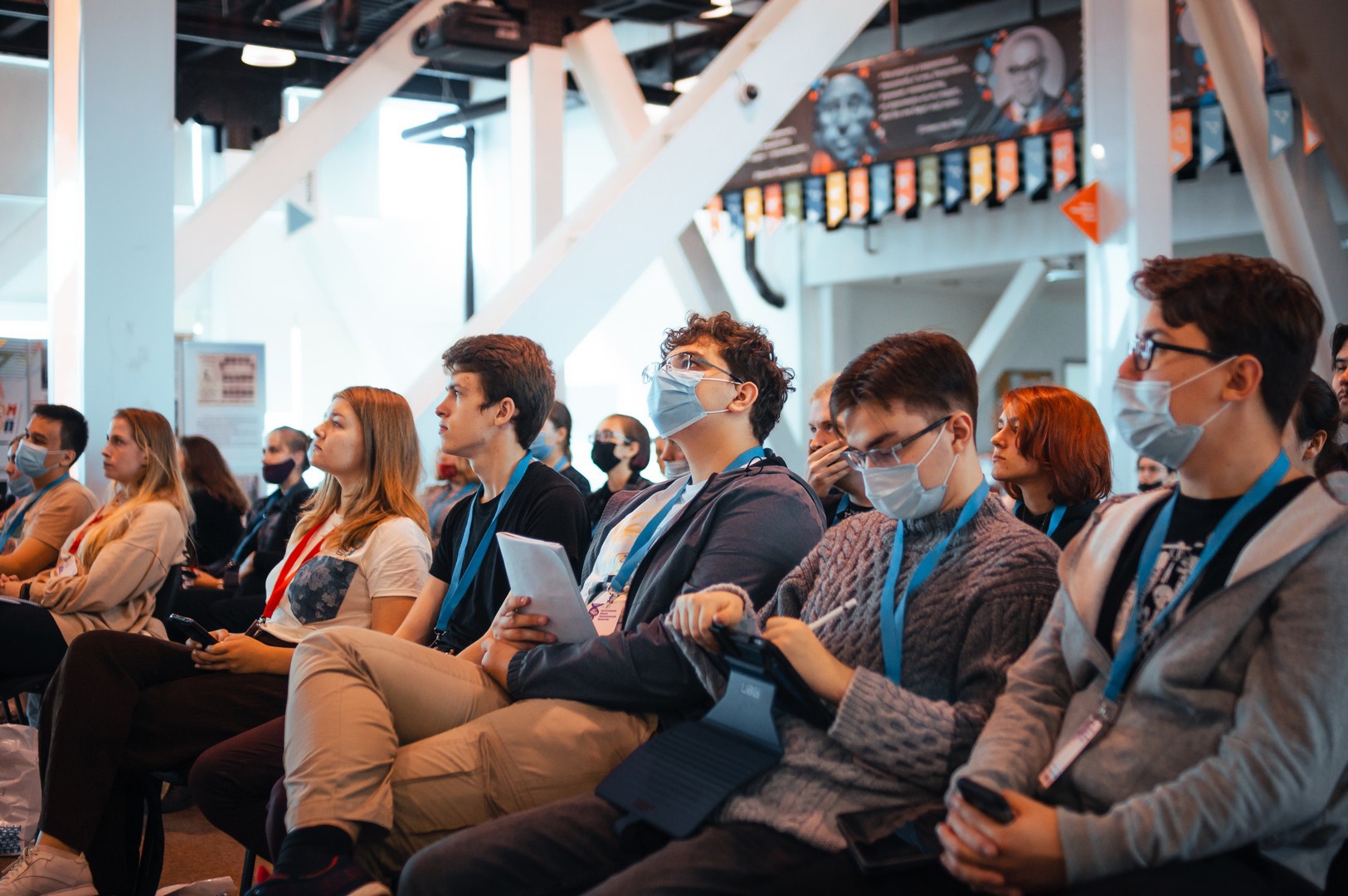 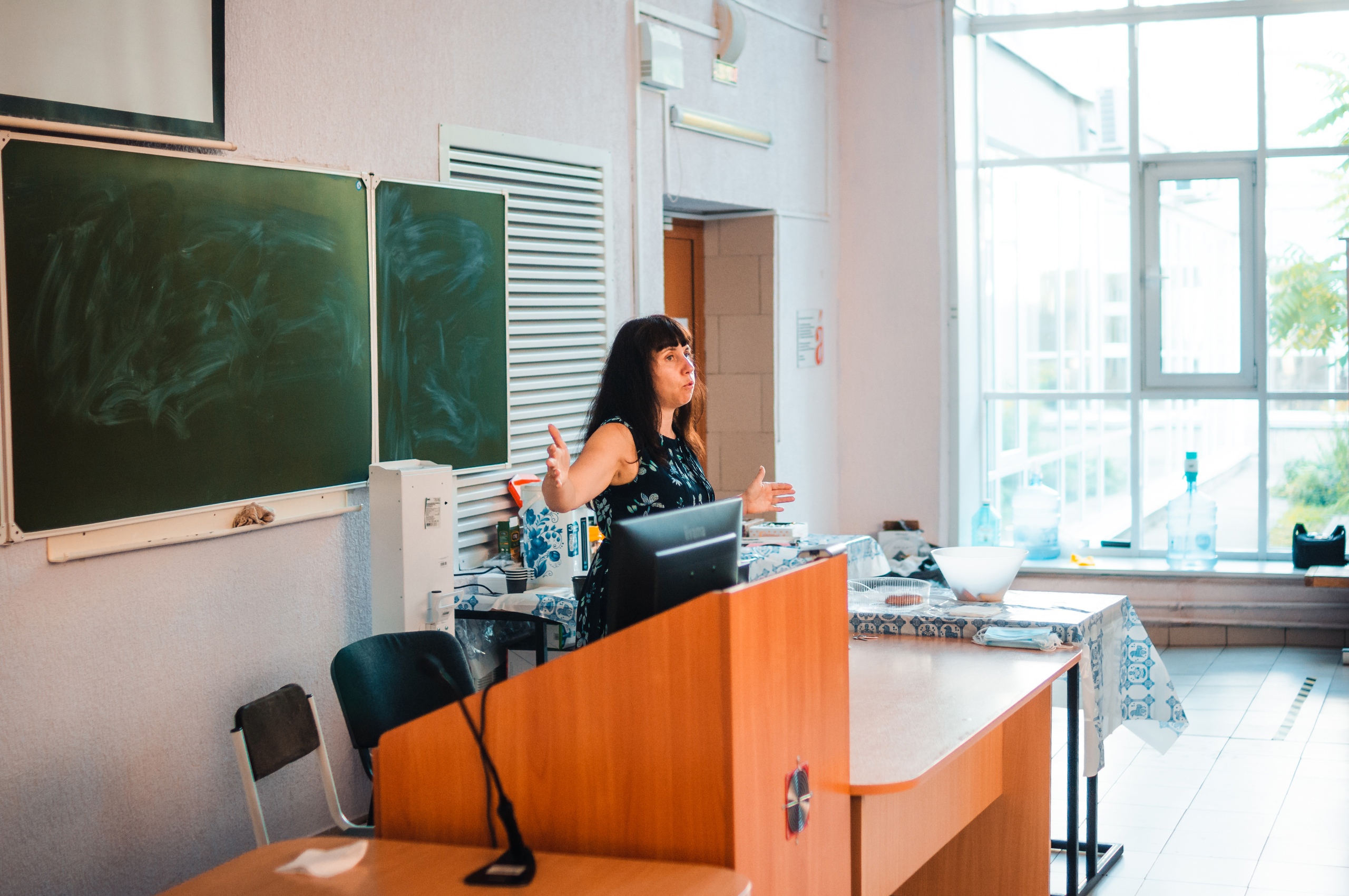 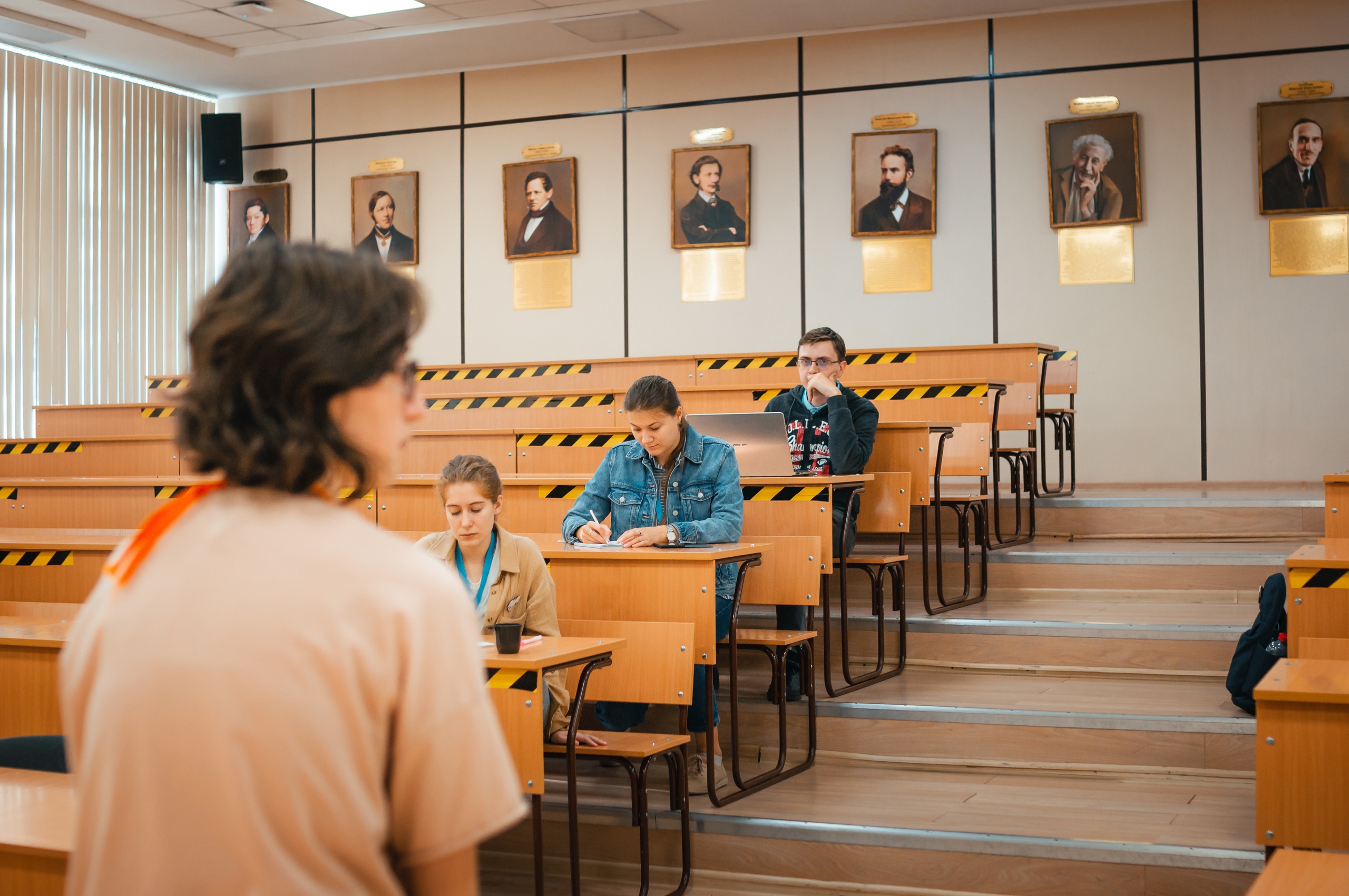 Genetics and Molecular Biology in:

Anna’s logo and Danil’s graphic design use elements uniquely associated with our town and incorporates a biological aspect to reflect the subject of the school - synthetic biology. We plan to make the ASBS an annual event, so much effort was put into creating a simple and immediately identifiable logo and design aesthetic. 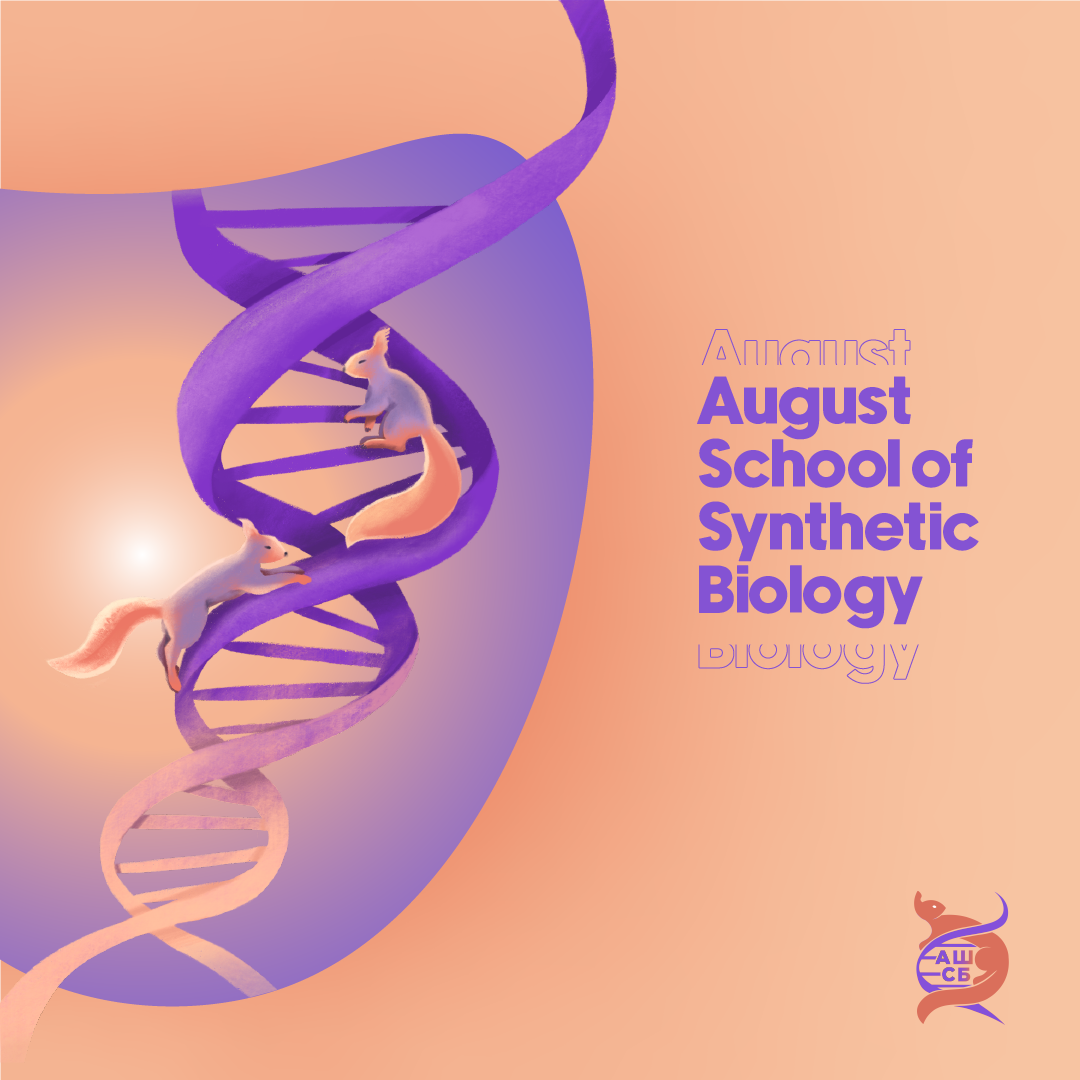 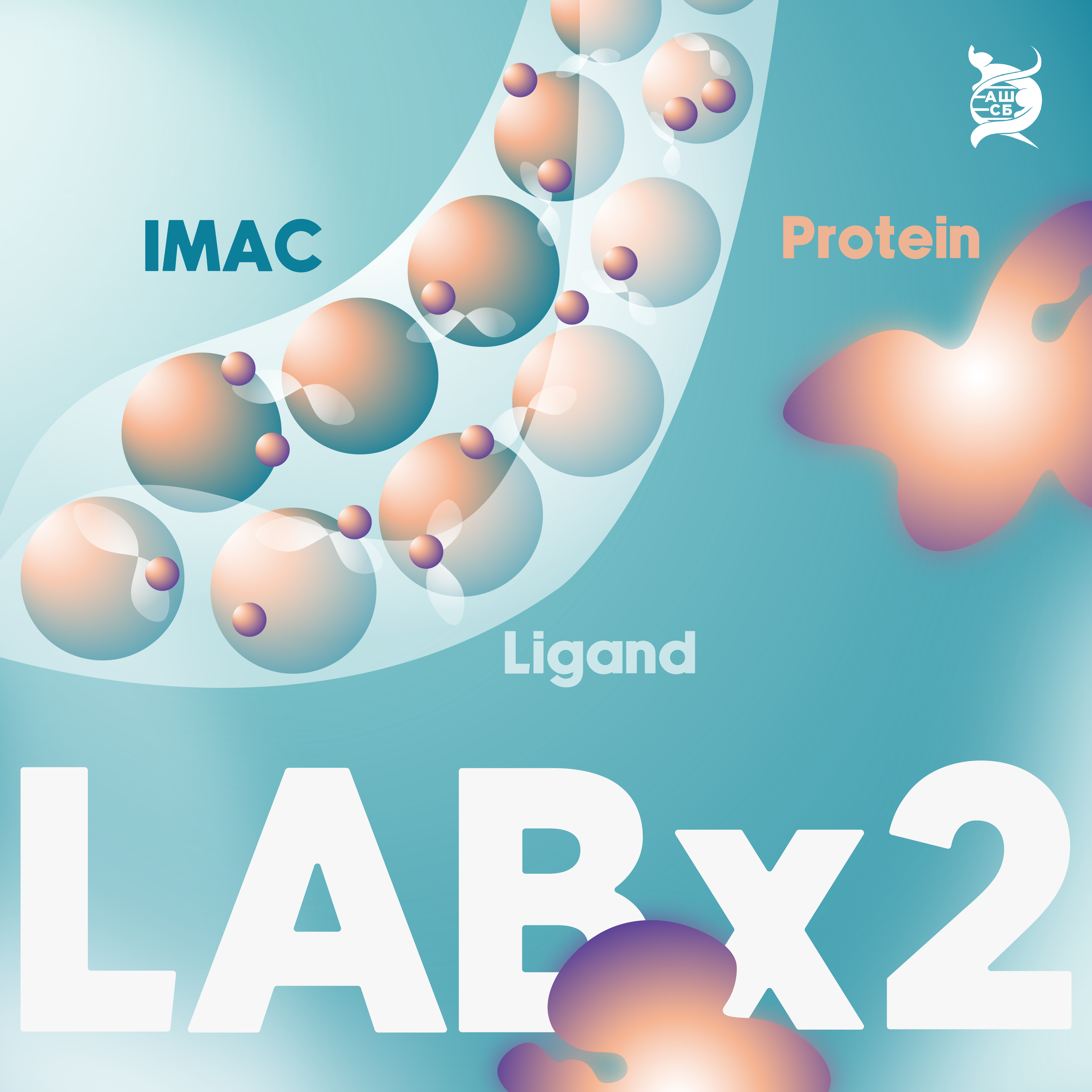 Overall our school provided an excellent opportunity for students to not only find out more about synthetic biology from top scientists in the field, but also gain wet and dry lab skills and learn about career opportunities from leading biological companies.

As we ourselves led the wet lab modules and were responsible for entertainment, students had the opportunity to ask questions they might have been too embarrassed to ask the professors, thus encouraging open dialogue and interesting discussions between peers.

Through the use of a combination of written resources, that can be used by our students even after the summer school, and the oral passage of knowledge, that would be put to use by the educators in their own home regions, we feel that we have achieved our goal of passing on the knowledge of synthetic biology and engineering to the next generation of scientists.

To even further spread the benefits of our school, we have translated our wet lab protocols into English and they are freely available (links may be found on our contributions page).

Special thanks to our PI Sergey and also Zarina Kakhkharova for using their expertise in organising educational events to give us valuable advice and support with the coordination of the August School of Synthetic Biology.