Based on the achievement of iGEM 2013 Yale((BBa_K1211002), a PLA and PHA production system consisting of PhaC and PCT, was proposed, for which we here further improved. We also used the Biobricks (PhaC; BBa_K2042001) from iGEM 2016 Evry to produce our target bioplastic. We have also optimized the PCT and PhaC gene for E. coli, and added a phasin enzyme to increase the rate of production. In addition, our project also tried to use food waste as the bacteria medium, in hope of turning food waste into bioplastics. Here we make use of amylase, glucoamylase (BBa_K3863006), an enzyme to break starch in food waste into monosaccharides. To achieve our goal of producing PLA and PHA in a one-step approach, we have also designed our Biobricks (BBa_K3863004) for PLA and PHA production. To further improve the efficiency, we added the bioplastic production gene phasin into our constructs to promote the efficiency and effectiveness of the bioplastic production system.

Our system consists of 3 three parts: (1) Conversion of food waste into monosaccharide using amylase and glucoamylase; (2) acid tolerant system in resisting acidic environment in food waste by fabB gene; (3) Bioplastic production system by PHA, PCT(optimized) and PhaC gene. DNA of all novel BioBricks were ordered from Integrated DNA Technologies (IDT, State of Lowa) using the iGEM sponsor credit. The DNA fragments of amylase and glucoamylase with kanamycin resistance were then cloned into the pCOLADuet vector (IDT, State of Lowa). Subsequently, fabB gene with Streptomycin resistance were cloned into pCDFDuet and PHA, PCT(optimized), PCT gene with ampicillin resistance were cloned into pETDuet vector, followed by transformation into E.coli strain BL21(DE3) and an antibiotic selection. 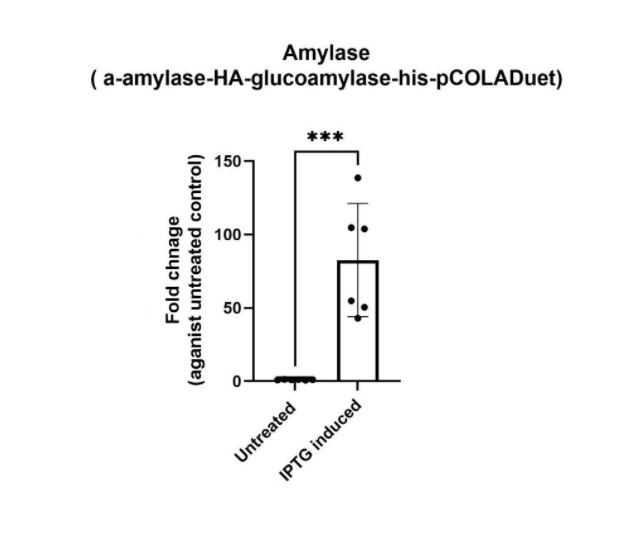 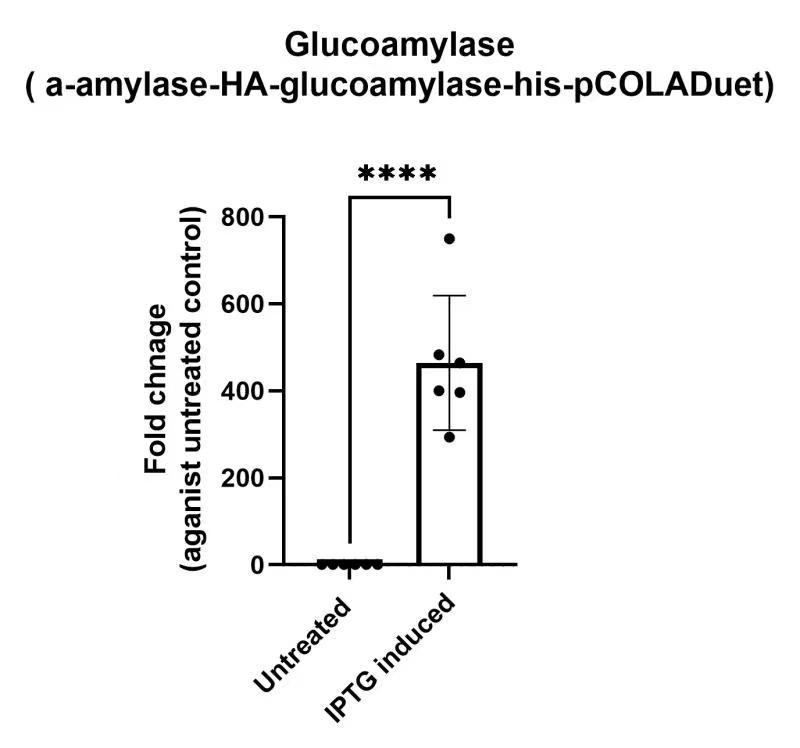 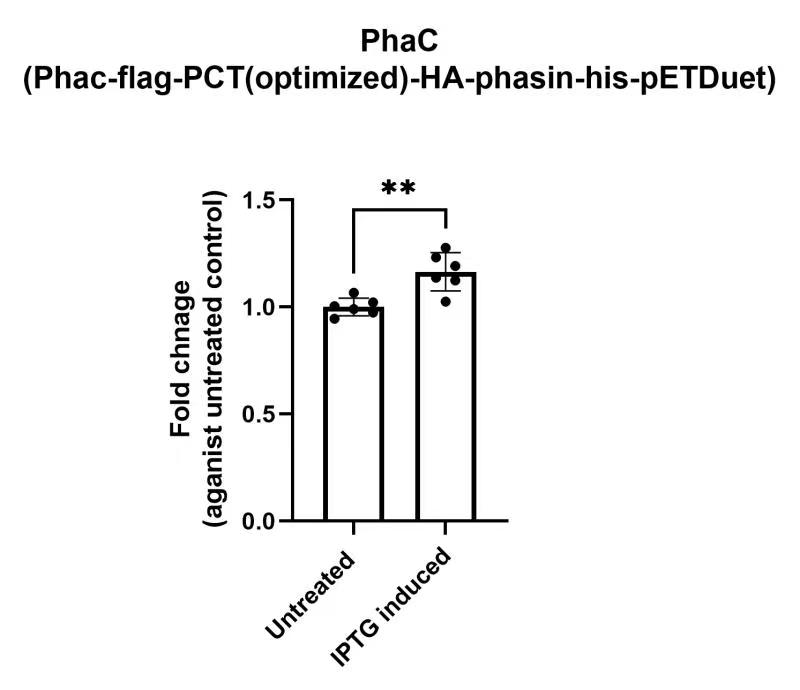 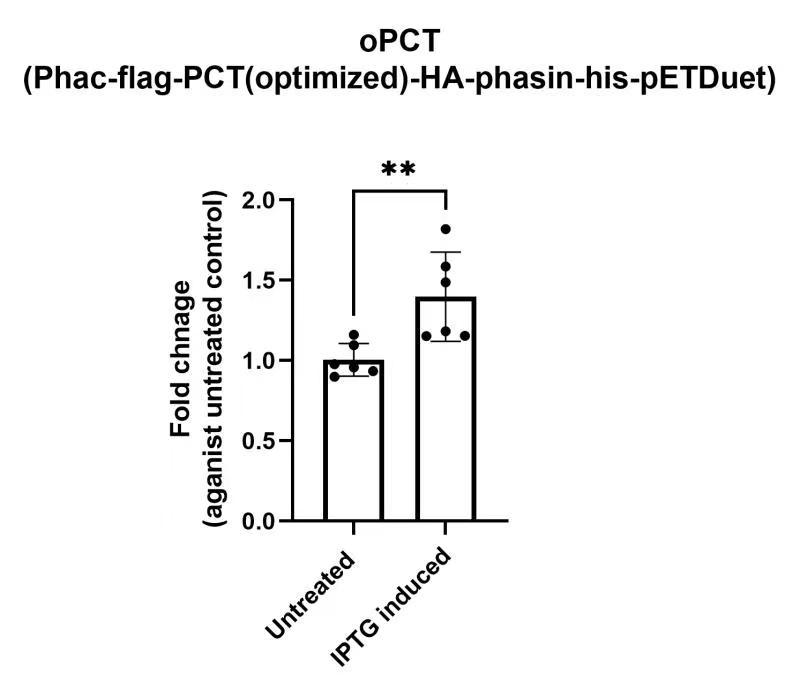 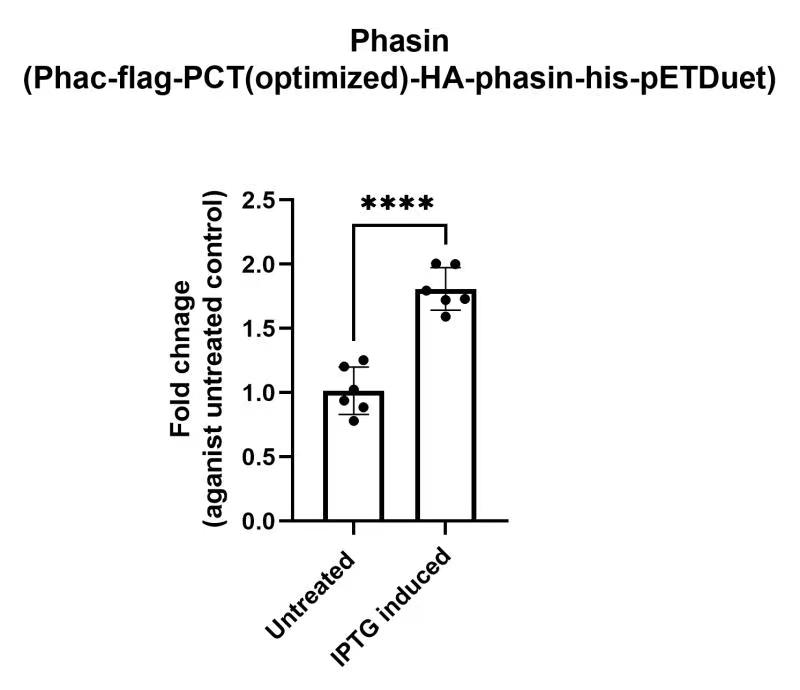 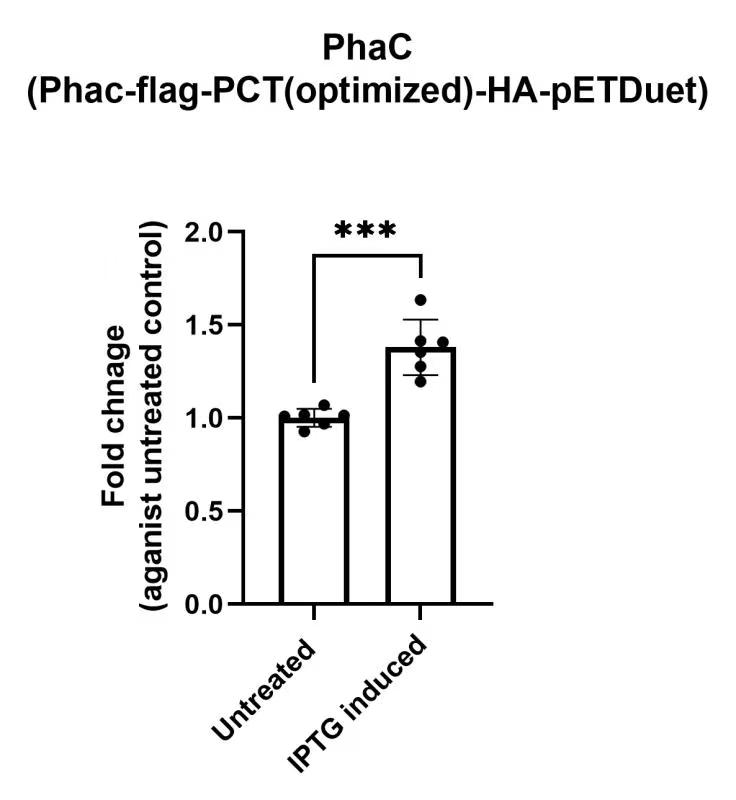 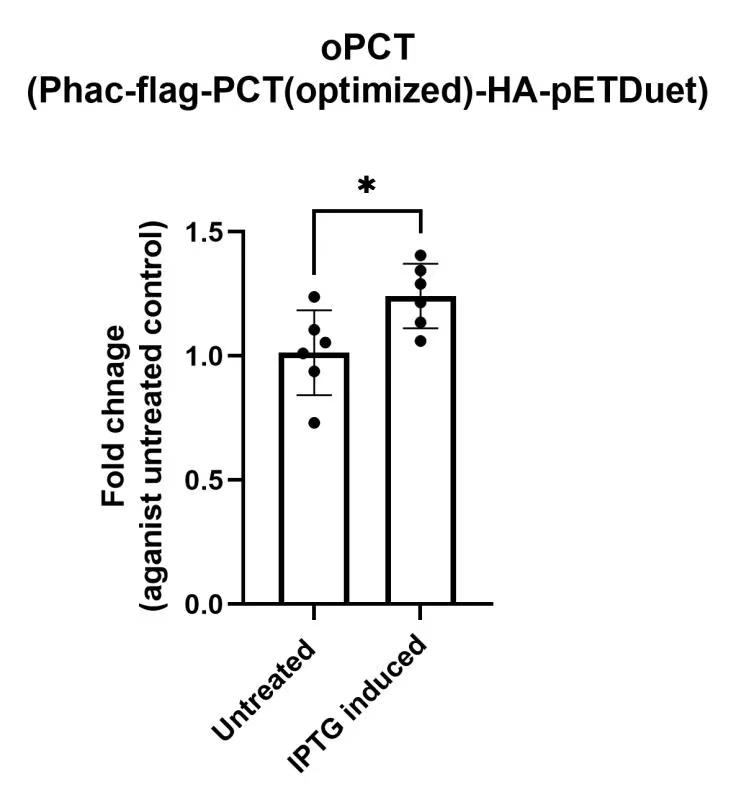 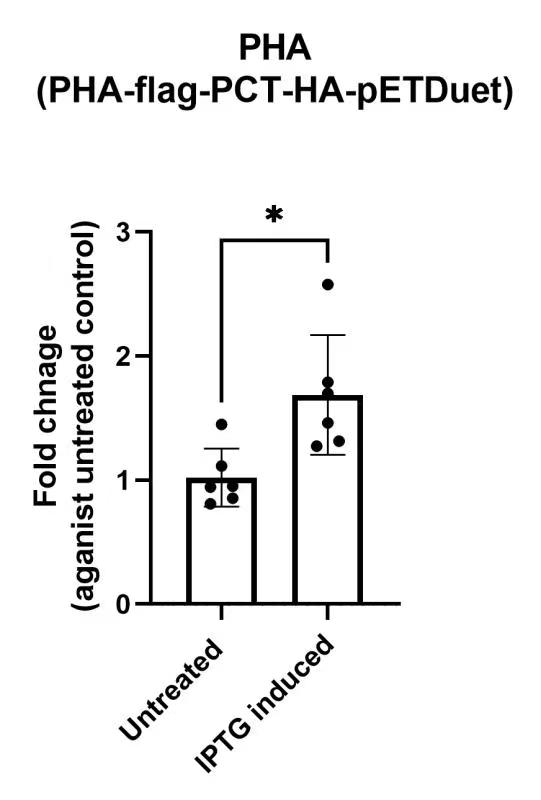 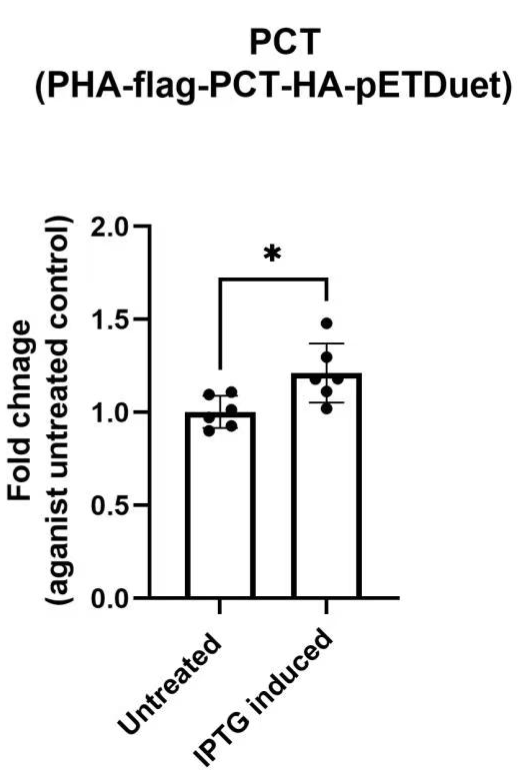 To examine the growth of E.coli in food waste, Optical Density of E.coli is commonly used. Yet, in the presence of food waste (starch from rice as an example here), it is difficult to measure the Optical Density of E.coli growth at a wavelength of 600 nm (O.D.600), where determining the growth phase is almost impossible. Thus, we would like to use Green Fluorescent Protein (GFP) (488 nm and 510 nm) to establish a model of E.coli’s growth in food waste (starch).
We estimate the amount of bacteria in culture by assessing the emission wavelength for fluorescence signal at O.D.510 and O.D.600.
The tested samples are composed of 100ml of LB medium and 1.5ml of overnight bacteria culture. The time point measured are: 0hr, 4hr, 12hr, 24hr
As demonstrated by Fig.3 (3a, 3b, 3c, 3d), samples with GFP have shown higher absorbance compared with controls of BL21. And samples in the presence of food waste (starch) have also shown higher absorbance than those without food waste (starch). 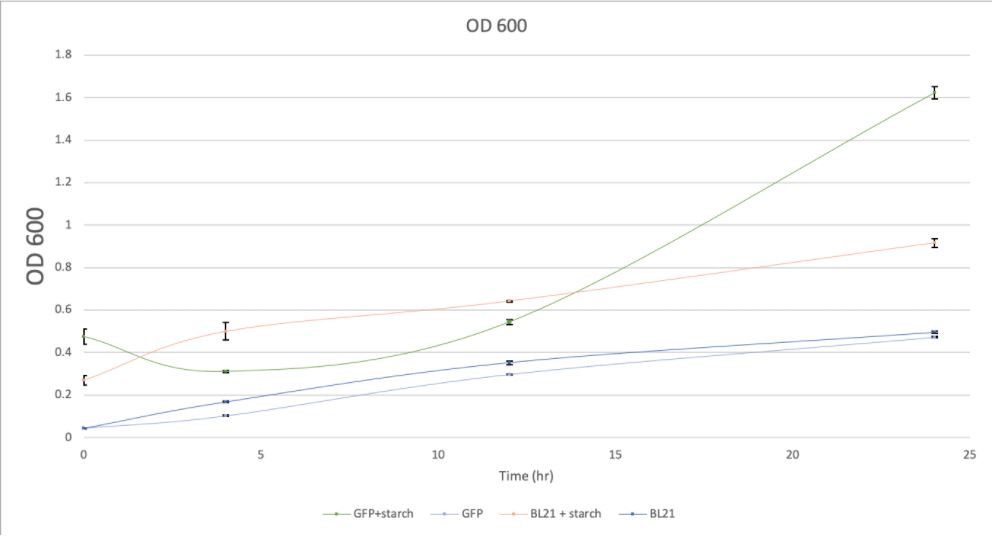 Figure 3a. O.D.600 of BL21 culture with starch and without starch 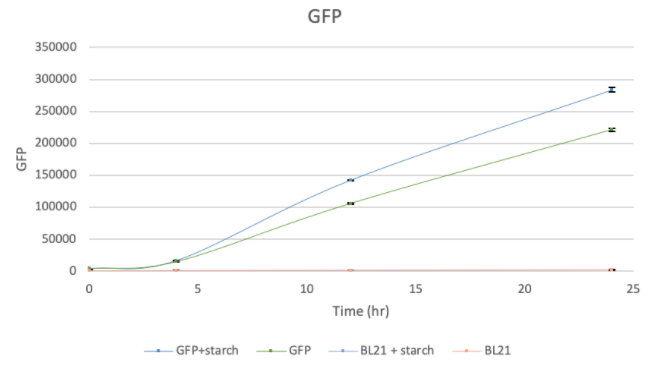 Figure 3b. GFP signal intensity of BL21 culture with starch and without starch 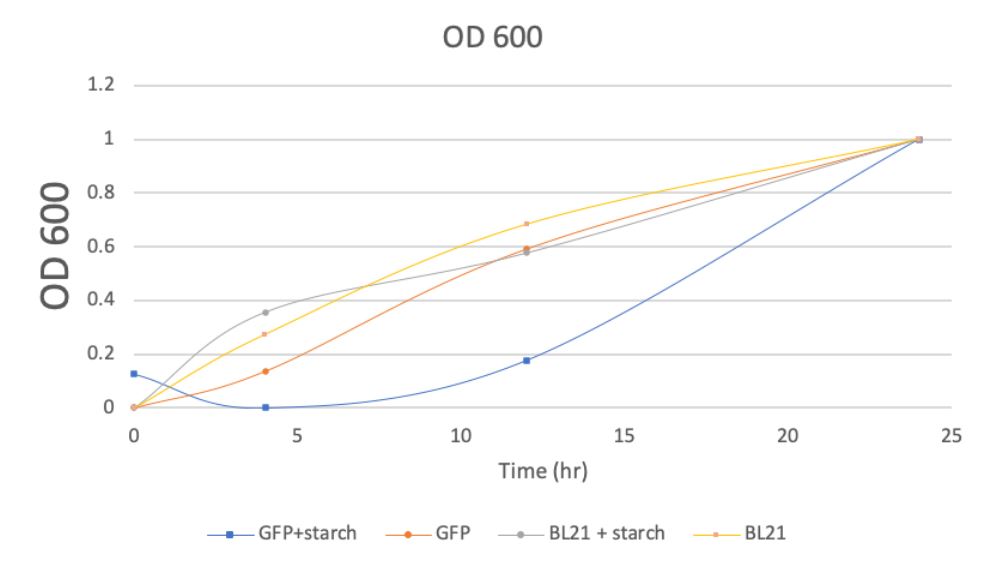 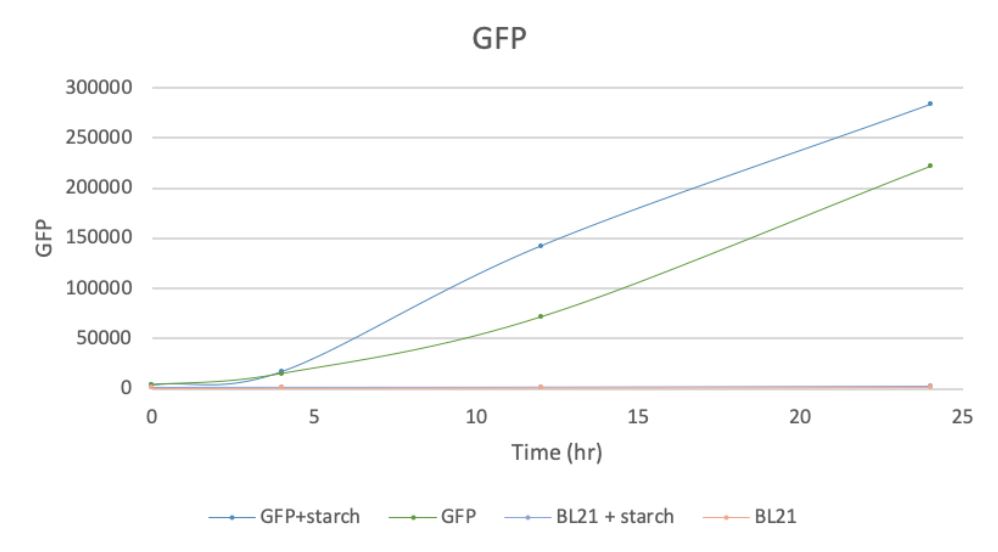 Validation of the efficiency of amylase

In acknowledgement, starch can be broken down into monosaccharides by amylase. In note that food waste contains large amount of starch, breaking down starch into monosaccharides should increase the contamination of monosaccharides in food waste. Hence, the raw materials of bioplastic production are generated from fermentation of monosaccharides. Therefore, in our project, through increasing the content of monosaccharides in food waste, the yield of bioplastic production should be increased.
IPTG induction is conducted to investigate our engineered protein, and the final concentration reaches 0.1mM.
To validate the efficiency of amylase, we have tried to conduct a test to find the amount of monosaccharides contained in food waste by Glucose Test Kit (Suzhou Grace Biotechnology), with the addition of overnight culture of amylase (single positive colony from our recombinant E.coli strains), together with the control.
Each sample consists of 2ml overnight culture (not needed for control), 250ml M9 medium, 250ul antibiotics (Kanamycin), 5g starch and 250ul IPTG (only needed for induced samples). Every sample is tested with the original sample and 2 dilutions.
In the test, glucose, together with the presence of enzyme complexes such as hexokinase, NADP+ is reduced to NADPH. By detecting the increase of NADPH at 340 nm, the contents of glucose is calculated. 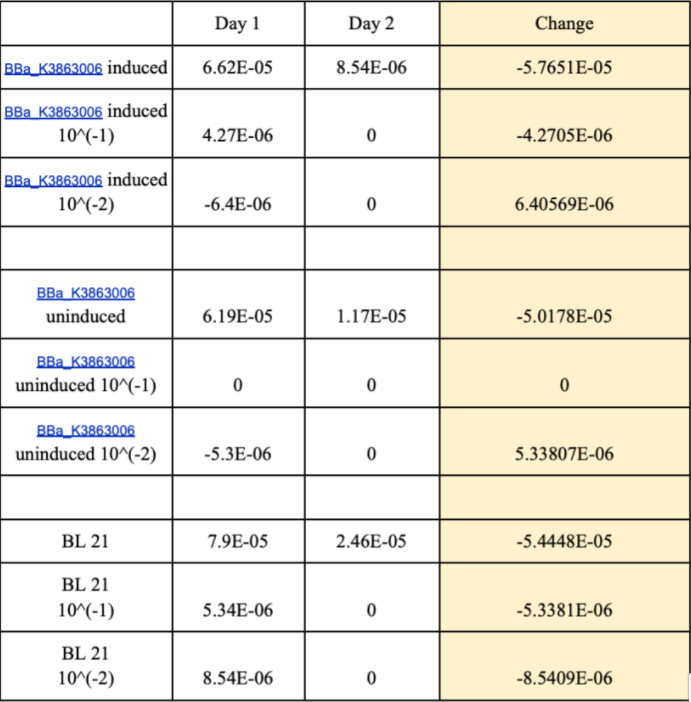 Table 1. Glucose test result to compare the change of the amount of glucose between day 1 and day 2 in the addition of amylase and glucoamylase

Theoretically, with the addition of amylase and glucoamylase(BBa_K3863006), the amount of glucose should have increased since starch should be broken down into monosaccharides. Yet, the results turn out to be unreasonable on both control and experimental groups. As shown by the table, the change of amount of glucose between day 1 and day 2 are less than 0, meaning that the amount of glucose has decreased instead of increasing.
Therefore, we presume that the glucose may have been taken up by E.coli and are not released. Thus, the content of glucose in the medium decrease beacuse of this. To find out more, further testing on this part (about amylase and glucoamylase), for instance, extracting proteins from cells to test the efficiency, is required.

Investigation of the acid-tolerant system of our engineered protein

In food waste processing and fermentation, the pH of the environment will be changed due to the presence of lactic acid, which can easily inhibit the growth of E.coli. Indeed, results obtained from the measurement of the food waste show that many of the food waste from the daily basis state are in pH4-pH7, which can reduce the efficiency of our PLA production system. In order to solve this problem, we designed an acid tolerance system composed of the fabB gene.
To investigate the Acid-Tolerant system of our engineered protein, IPTG was added to the bacterial cultures. IPTG addition was achieved at a time of 4 hours to reach the concentration of 1mM and incubate overnight.
Briefly, to compare and analyse the growth of E.coli in different pH environments, we conducted overnight culture of a single positive colony from each of our recombinant E.coli strains and get re-transformation to agar plate with different pH environments (pH4 and pH7), and compare it with and without the Acid-Tolerant system (the fabB gene)
When comparing the data, colony forming units (CFU) were used to estimate the number of E.coli growing in agar plates. Colony forming units were used to count the microorganisms to be cultured and only live cells were counted. In order to ensure that our samples produce CFU within this range, the samples need to be diluted and plated with several diluents (10-5,10-6,10-7 and 10-8).

Total colonies（CFU/mL) =
No. of colonies *Total dilution factor/Volume of the culture plate in mL 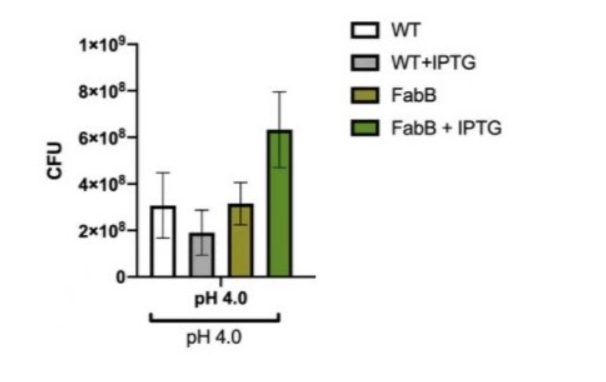 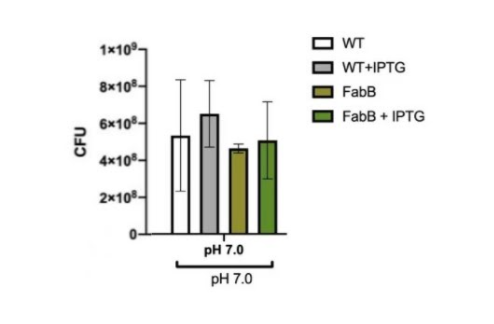 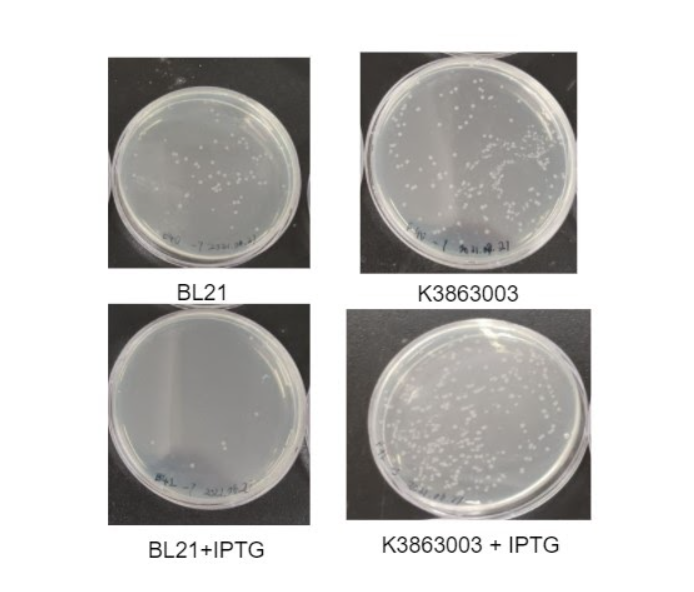 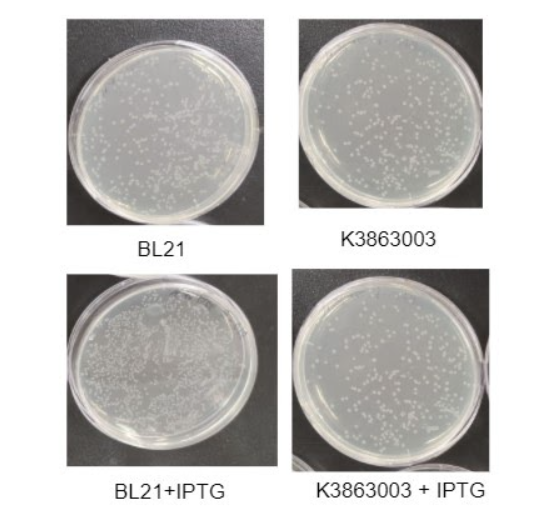 Confirmation of our produced bioplastic 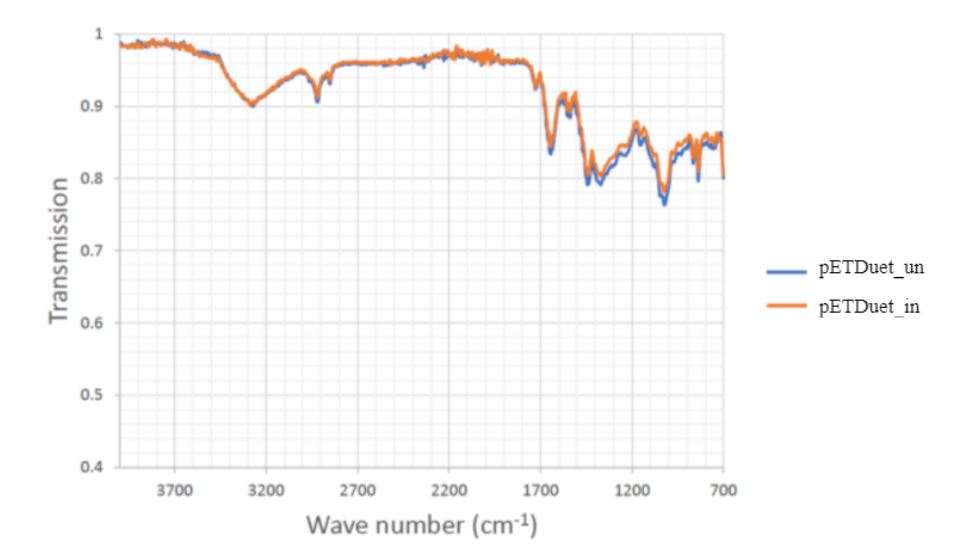 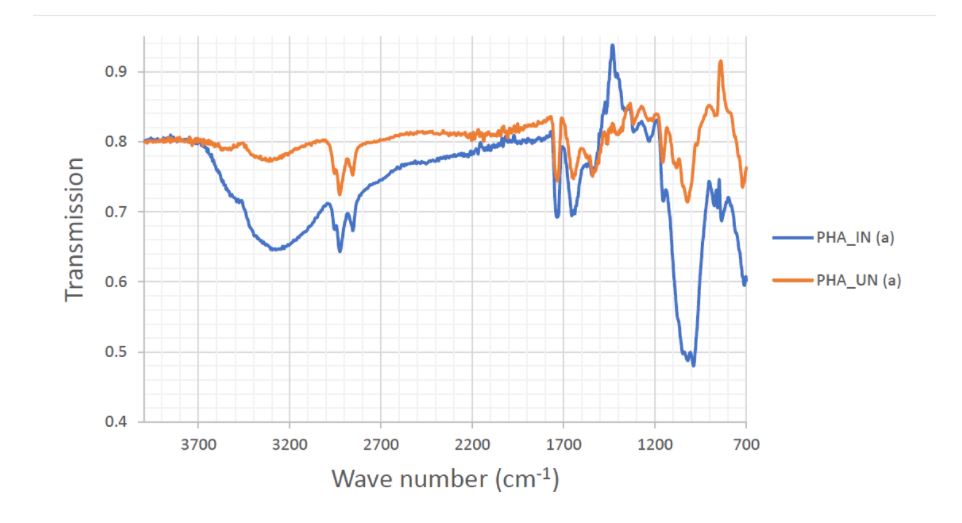 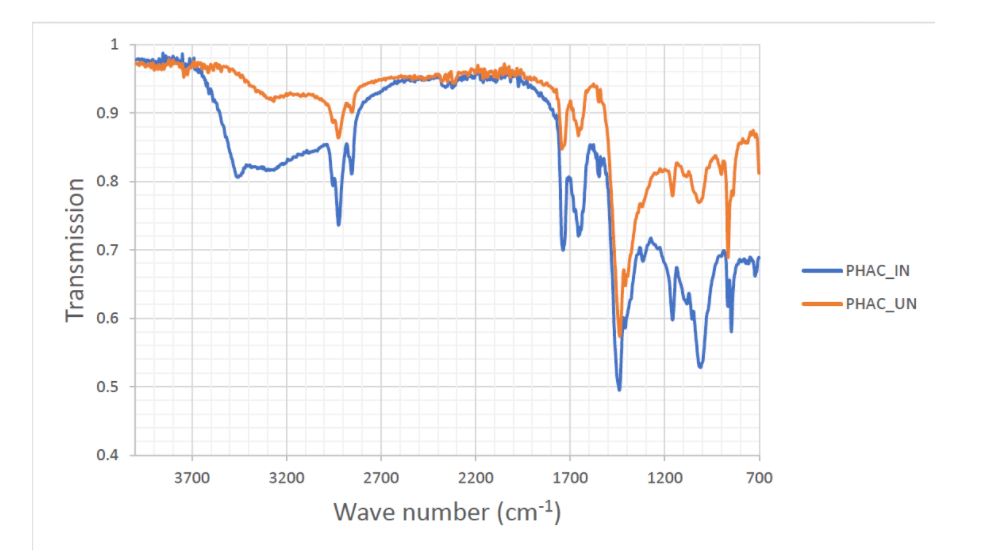 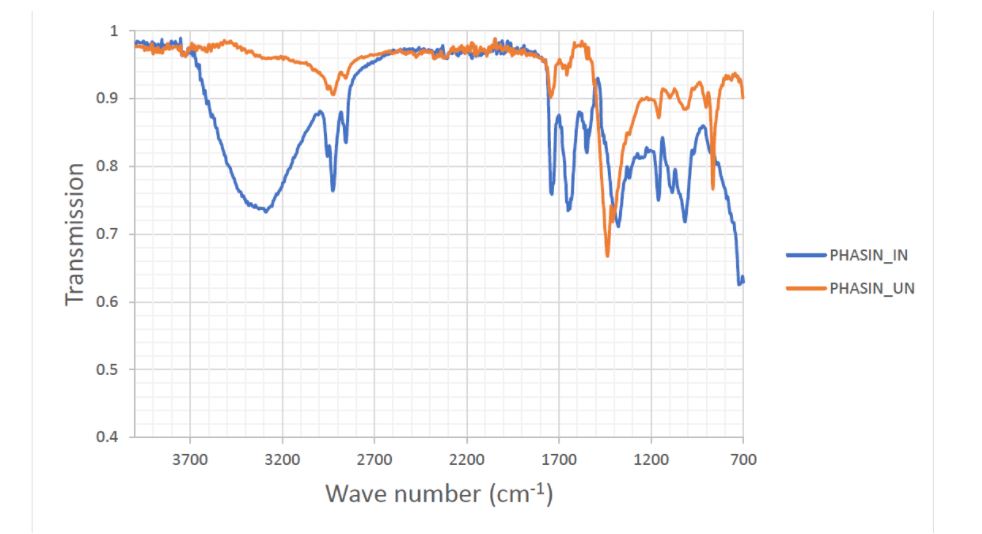 In order to measure the amount of bioplastic produced, we used 20 microgram Nile Red (sigma aldrich N3013) per milliliter of agar to make a Nile agar plate and streak the cell culture (BBa_K3863007, BBa_K3863004, BBa_K3863008) on the plate. After incubating for 2 days at 37 celsius in darkness. Stereomicroscope (Nikon SMZ18) is used to measure the intensity of Nile red.

All in all, we are building up our project with the bioplastic (PLA and PHA) production system and the acid-tolerant system, in order to achieve our goal of producing PLA and PHA in a one-step approach and promoting its efficiency.