How to work with K. phaffii

When we started this project, our attention was drawn towards the new advances in genetic modification techniques like CRISPR/Cas9 which has allowed many species to enter the privileged circle of “model organisms,” including the yeast Komatagaella phaffii [1]. One of the major reasons why it has gained attention as an expression host is the availability of the extremely strong AOX1 promoter. Up until now, one of the most common strategies for (methanol-induced) gene expression in K. phaffii has been to integrate a recombinant gene into the AOX1 region [2]. However, with the emergence of CRISPR/Cas9 system it is possible to do marker-free gene targeting multiple places in the K. phaffii genome.

The purpose of the crRNAs, homology arms and flowchart are to enable everyone to pick up K. phaffii as their working organism and decrease the need of going through manuscripts examining expression levels of different loci in the K. phaffii genome and endless materials and methods sections. 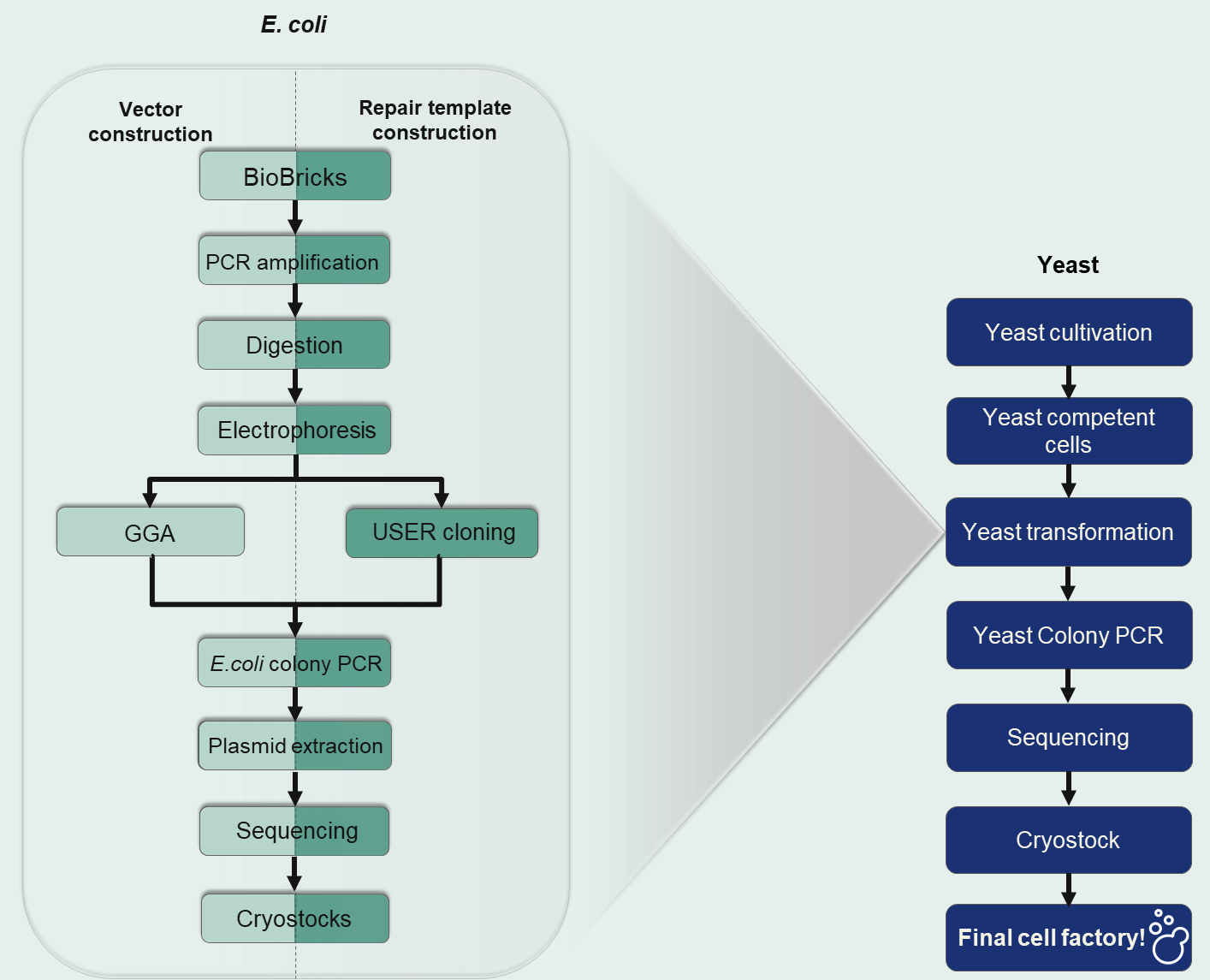 Contributing with more knowledge to iGEM and the yeast community

Non-conventional yeasts as production organisms are highly underrepresented in iGEM even though yeasts such as K. phaffii has several advantages over Saccharomyces cerevisiae such as better thermo- and osmo- respiratory growth to extremely high cell densities, effective protein secretion, and the ability to express recombinant proteins at high levels from strong constitutive and inducible promoters [3]. We have contributed to the iGEM community by adding parts and by making and improving tools for K. phaffii. These efforts will without a doubt make K. phaffii a more attractive production host and easier to engineer for research groups, future iGEM teams, or an even broader range of people including everyone in the yeast community. We also hope that our project can boost interest in non-conventional genetic engineering in a new generation of synthetic biologists.

Click on our PHEAST to go straight to our Parts collection!

Interdisciplinarity is becoming increasingly important in the scientific community. Current research usually requires knowledge from different fields. And Synthetic Biology is not an exception.

Being able to model different systems and predict its behavior before going into the lab is crucial for many developments. The PHEAST team has broad knowledge in modeling and software development as 6 people were involved in the Drylab team and 5 of us are Bioinformatics’ students plus a software experienced Biotechnology student. That is why the PHEAST team decided to help future iGEM teams that might not have so many dry lab members to easily model a regulatory system by just knowing very few parameters.

The idea behind TFmatics is to be a user-friendly app allowing the simulation for a regulatory system with different activators and repressors. Currently our app is focused on prediction of mRNA and protein expression, but it could perfectly be generalized to any other regulatory system.

The modeling idea behind it is basically applying the Hill function for the different repressors and activators by defining its dissociation constant and the different times the user wants them to be active. (This idea was highly influenced by the development of our Promoter kinetics model that you can find on our Modeling page.)

Although usually the process for the obtainment of model parameters is very complex, our app already contains some of the most used organisms with their corresponding research for these. Among those organisms there is our Komagataella phaffii strain, Saccharomyces cerevisiae, Escherichia coli, Bacillus subtilis and Aspergillus niger. As you can find in our Collaboration page, the Groningen team helped us on this task by providing very valuable feedback after our first version for the app, that we implemented for improvement.

Below, you can find some screen captures from our app showing its ease of use as well as our effort to make resulting plots very visual and understandable.

We hope our contribution helps future iGEM teams do the first steps on modeling and they enjoy the experience using TFmatics as much as we enjoyed developing it! LET THE PHEAST BEGIN! 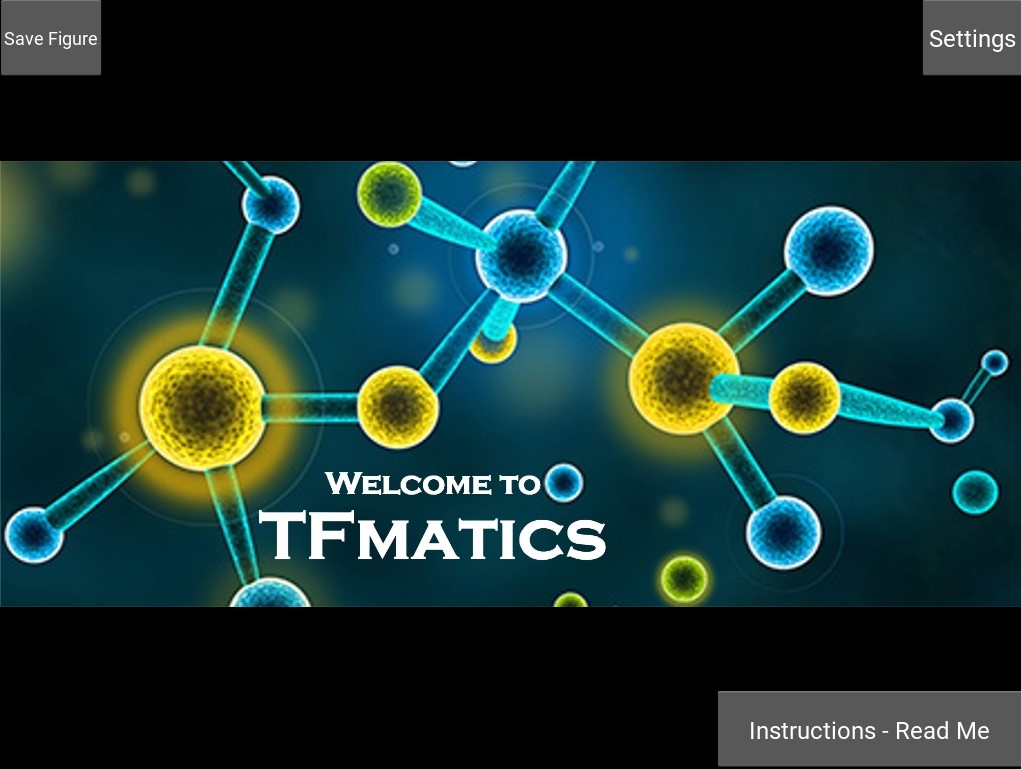 Figure 1: Homepage for our app. 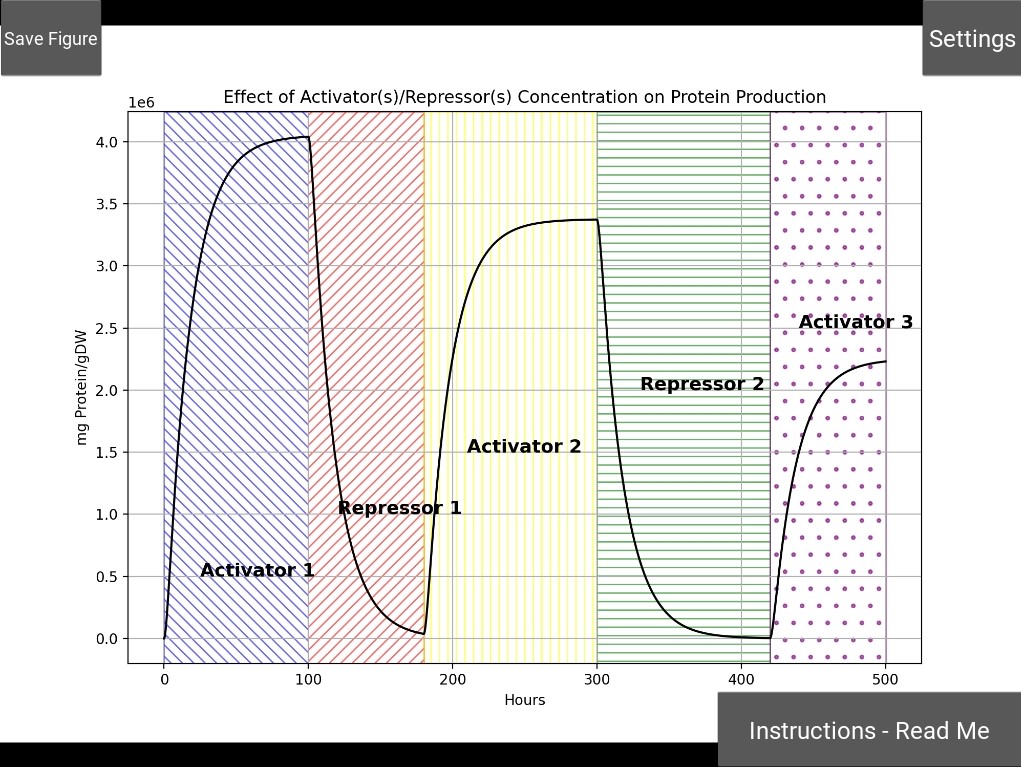 Figure 2: Screenshot of an example for the output of our app that can give for several activators and repressors.