The Science Busters is an Austrian scientific cabaret founded in 2007 which is well-known in German-speaking countries. Their goal is to explain science in a fun way to their audience and they consist of the cabaret artists Martin Puntigam and Günther “Gunkl” Paal, and the following scientists from various scientific fields: molecular biologist Dr. Martin Moder, ethologist Dr. Elisabeth Oberzaucher, astronomer Dr. Florian Freistetter, chemist Dr. Peter Weinberger, microbiologist Dr. Helmut Jungwirth and medical scientist Dr. Ursula Hollenstein. The stage performance can be watched live, as well as on television. They published several books, they appear on radio shows, and since the beginning of 2021 they have their own podcast, the Science Busters podcast. 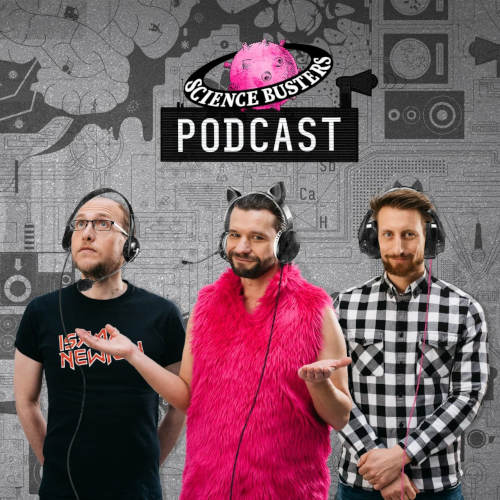 We, the iGEM BOKU-Vienna 2021 team, were invited as their first guest in the Science Busters podcast to talk about iGEM and our project.

The podcast with the title “How irritating* is irritable bowel syndrome” answers the questions of how many carats one iGEM has and if there is an app for FODMAPs. During the one-hour-long podcast, our team representatives Magdalena Haller and Denise Schaffer talked with the cabaret artist Martin Puntigam about themselves, the iGEM competition, what is needed to receive a gold medal, and which alcohols you should not eat when having irritable bowel syndrome (IBS). They dived deeply into what IBS actually is, what FODMAPs are, what they have to do with IBS, why it is so important to raise awareness on IBS, and how the Vienna iGEM team 2021 would like to help people suffering from this disorder. In the end, they also answered a question from the audience, whether people without known intolerances should abstain from gluten and/or FODMAPs. They were therefore also clarifying the difference between FODMAPs and gluten.

At the end of the interview, they promoted our survey and that we were looking for people suffering from IBS or related disorders who are interested in partaking in an interview for our project. Thanks to this announcement we received emails and messages from people all over Austria who thanked us for our support to share awareness on this issue and who were happy sharing their everyday challenges with their disorders. 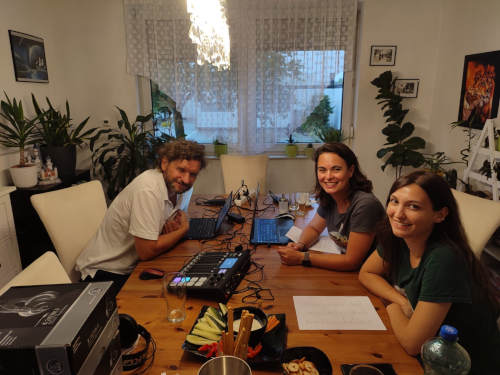 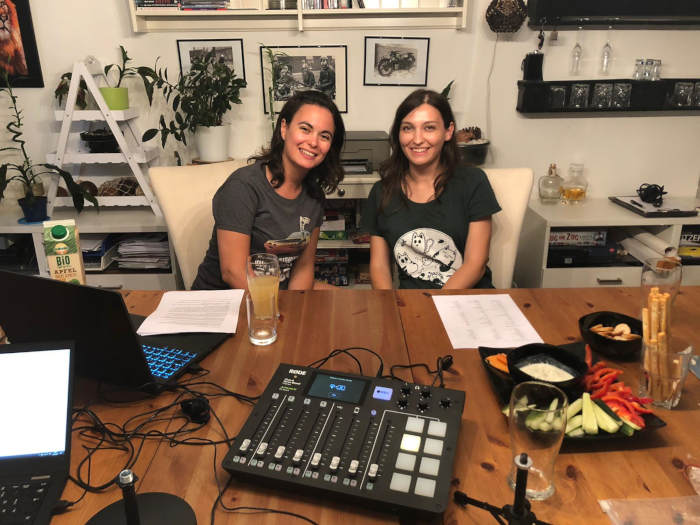 Another podcast episode with the Science Busters is planned after the Giant Jamboree, where we would like to talk about our iGEM journey, a little bit more about the project itself, and our experiences from the Giant Jamboree.

The podcast was published in German and can be listened to via Spotify, Deezer, Apple Podcast, or here.
A transcript in both German and English can be found here:

We want to kindly thank the Science Busters for inviting and having us in their podcast. We sincerely appreciate your time, the effort of cutting the recording file, and your support!

*The German title is “Wie reizend ist ein Reizdarm?”. The word “reizend” has two meanings; either irritating or charming.

This year’s iGEM team from Graz, Austria, has published a podcast, called the NAWI-Graz iGEM Podcast, and invited us to talk about our project and its importance. During the 14 minutes talk, Magdalena Haller from our team explained what irritable bowel syndrome (IBS) and FODMAPs are, that people suffering from this disorder are no picky eaters, and why some people think they are allergic to gluten, but just don’t tolerate nowadays shortly fermented bread.

The podcast was published in English on Spotify and can be found here.