As a high school team who is attending iGEM for the first time, experiment is a challenging part of work for us because it requires us to operate professional instruments with special techniques and proficient skills and a clear understanding of the experiment principle. Nevertheless, luckily, university students from TJUSLS_China offered us a great support and a helpful guidance on experiment.

During the early stage, we needed PET films to continue our lab, but funds and time are things we lacked the most at that time. Yet, as we searched on the internet, PET films, which is one of the most necessary experimental material for our lab, are either too expensive or require an extremely long time for delivery. Since we had limited funds and time, through the wikis of iGEM 2020, we found out that TJUSLS_China had done research topic related to PET plastic degradation.

TJUSLS_China members turned out to be very enthusiastic and were interested in our project. They kindly offered us a sufficient amount of PET films and helped us to finish the trial expression of protein - a solid foundation on which we perform further experiments.


(Figure 1. Communicating on delivery of PET films with the team leader of TJUSLS_China on Wechat)


From July 25th to July 30th, we commenced the protein purification experiment at The School of Life Sciences of Tianjin University. On the first day of our arrival, we prepared 24 large Erlenmeyer flasks of LB solution preparing for the following experiments. The next day at 6:00 AM, we went to the laboratory to inject the bacteria into LB solutions in small test tubes. At noon, we transferred the LB solutions to the Erlenmeyer flasks we prepared yesterday. TJUSLS_China team taught us the operation of the high-temperature bacteria breaker, the process of centrifugation, the induction of protein, and the collection of the bacteria; We performed them the next day. 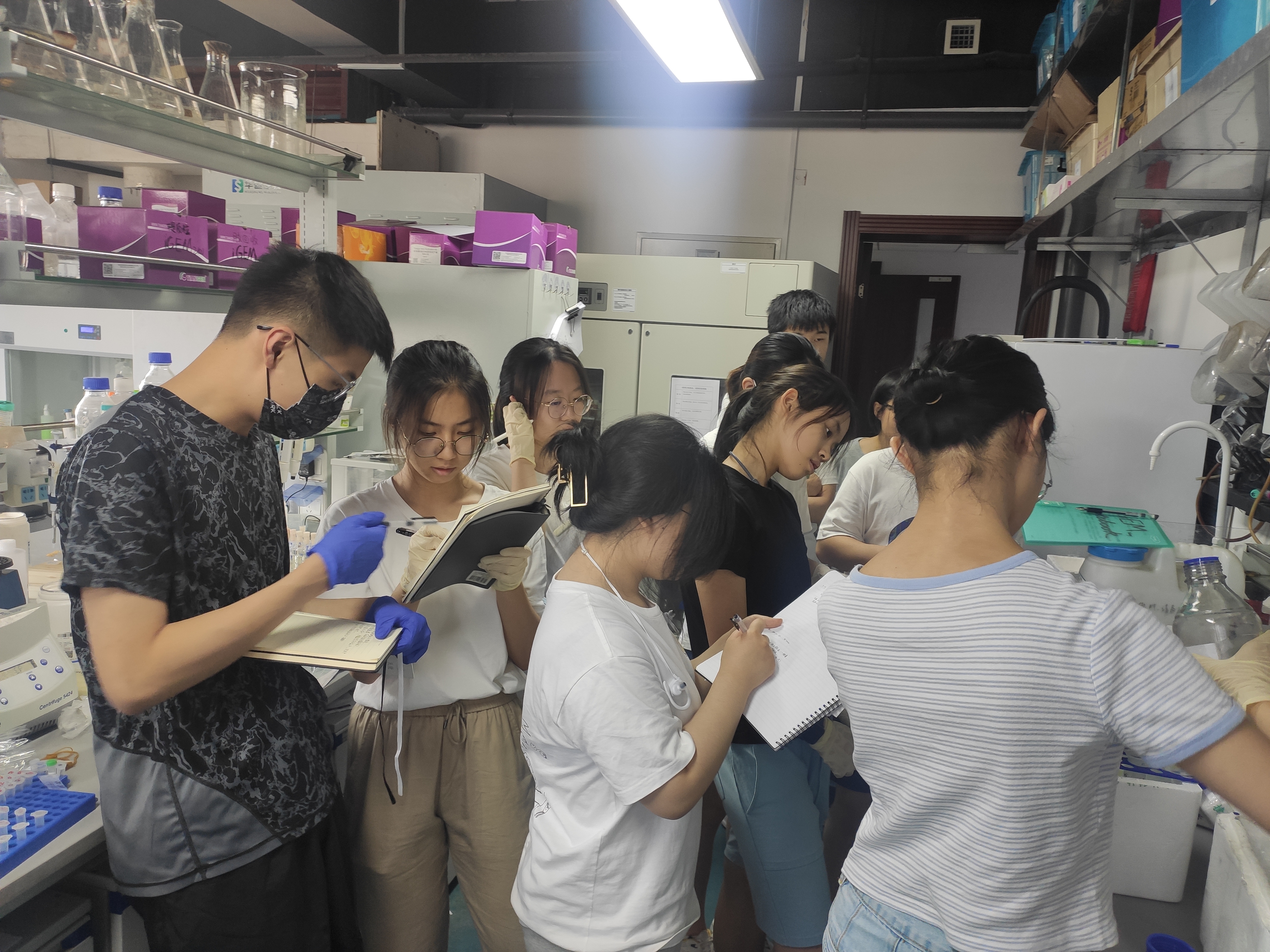 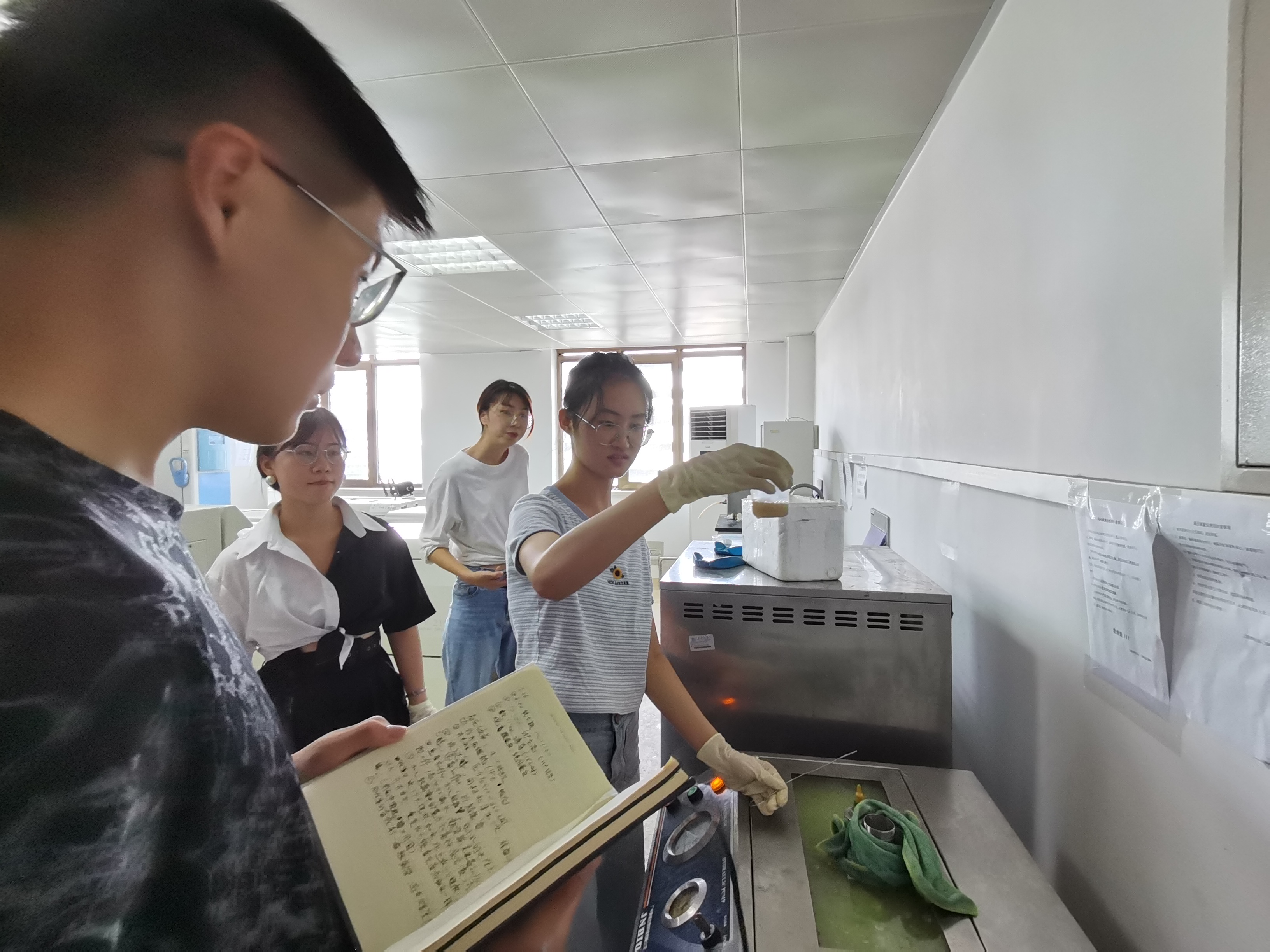 (Figure 2. & 3. & 4. TJUSLS_China was teaching us about experiment, and our team members were learning carefully) 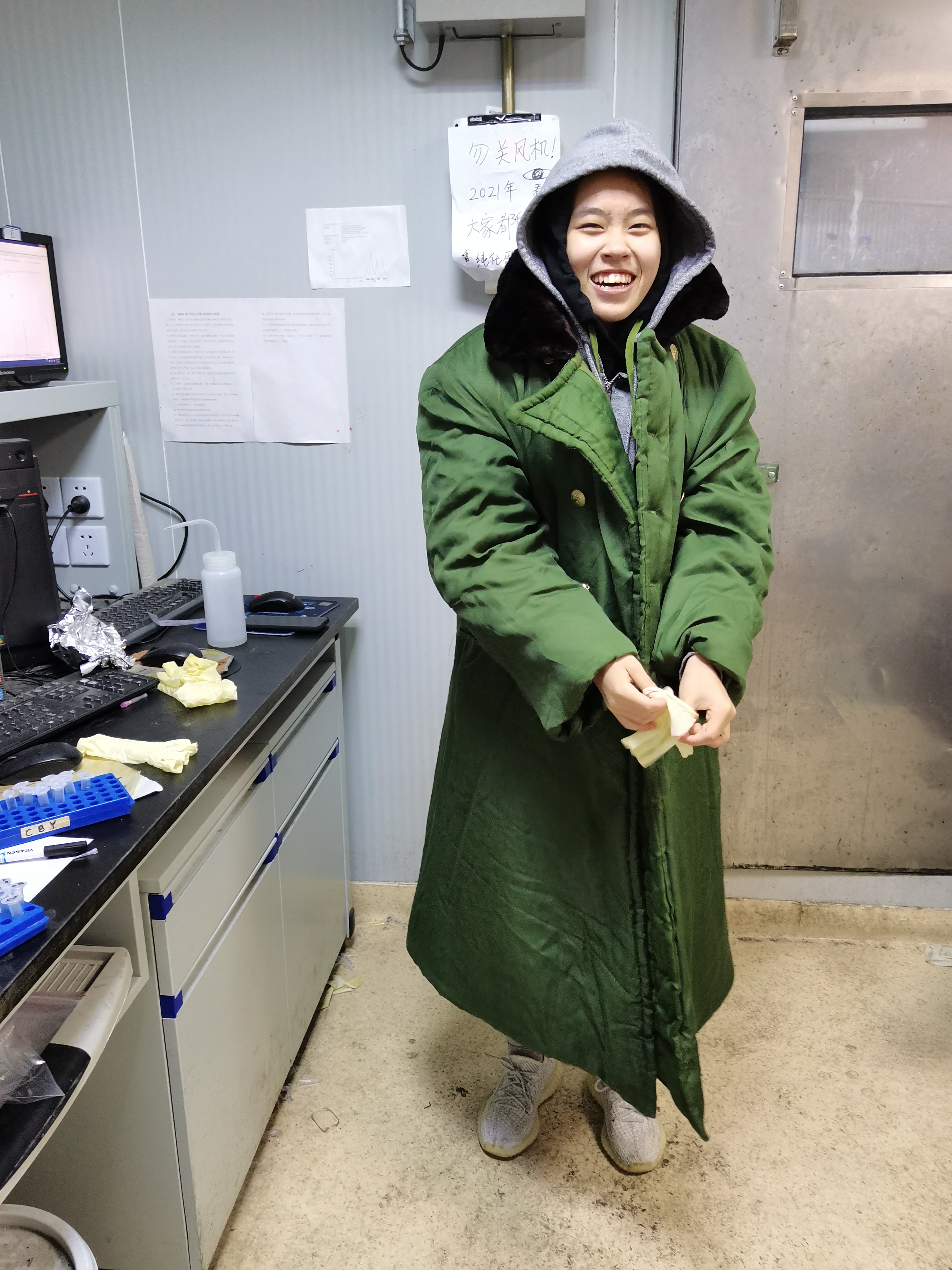 The next day, we did centrifugation and collection of bacteria, which we learned from TJUSLS_China yesterday, by ourselves. Later on, we learned the process of protein purification and we did it by ourselves along as TJUSLS_China was also doing this step. Specifically, we transfer between the 4℃ cold room and normal laboratory, which was about 30℃, and we needed to cooperation with another team member in our group tightly to make sure the result of protein purification. The experience of purifying protein was tough and difficult, but undoubtedly memorable and valuable.

What was heartwarming was the thick coat that TJUSLS_China borrowed from the campus security guard center for us. We suddenly feel the warmness in that freezing room, both on body and in heart.


(Figure 5. Our team member was doing protein purification with the coat that TJUSLS_China brought for us)

The protein purification was highly challenging. Switching between a 4℃ cold room and the and room, we closely cooperated as a team. The experience of purifying protein was difficult but undoubtedly memorable and valuable. Despite the cold, TJUSLS_China brought us coats from the campus guard; Their care warmed us both in heart and body. 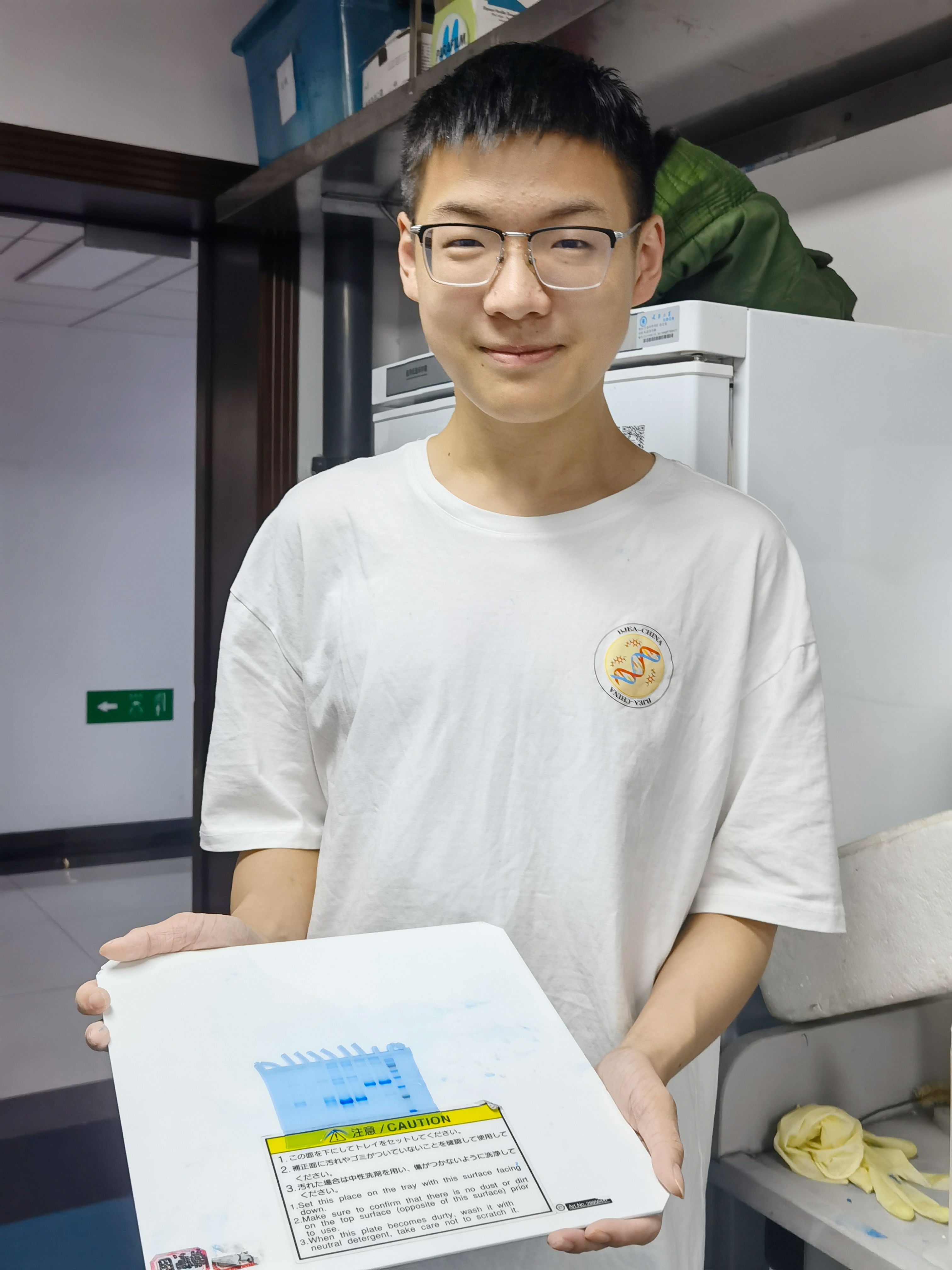 On the fourth day, we ran the albumin glue to test our results. With the aid of TJUSLS_China, we overcame several obstacles, and our experiment was successful. We achieved a higher efficiency of decomposing PET.

Throughout our partnership with TJUSLS_China, we realized the hardships researchers face in a project: tough environment, mental and physical ordeals, not to mention the risk that all past effort is ruined by even the slightest mistake. Only by persisting day after day can scientific research workers achieve results. People like that make us admire them. There is no doubt that this experience brought us a tremendous harvest.

Not our teacher, but TJUSLS_China, accompanied us, inspired us, and supported us during the whole experiment. Grateful for their aid, we wrote thanks cards for them and prepared many Erlenmeyers of LB solution for their further study. No word can fully express our gratitude toward TJUSLS_China. We sincerely wish both of us can dig deeper into our fields and make our world a better place.

(Figure 6. Eason Wang from our team was holding our result that proves our success in experiment)

On July 28th, 2021, BJEA_China and TJUSLS_China discussed our modeling, solving extant problems and making further improvements. TJUSLS_China solved our confusion, and we made a rudiment model to predict the degradation rate of the enzyme under different conditions. 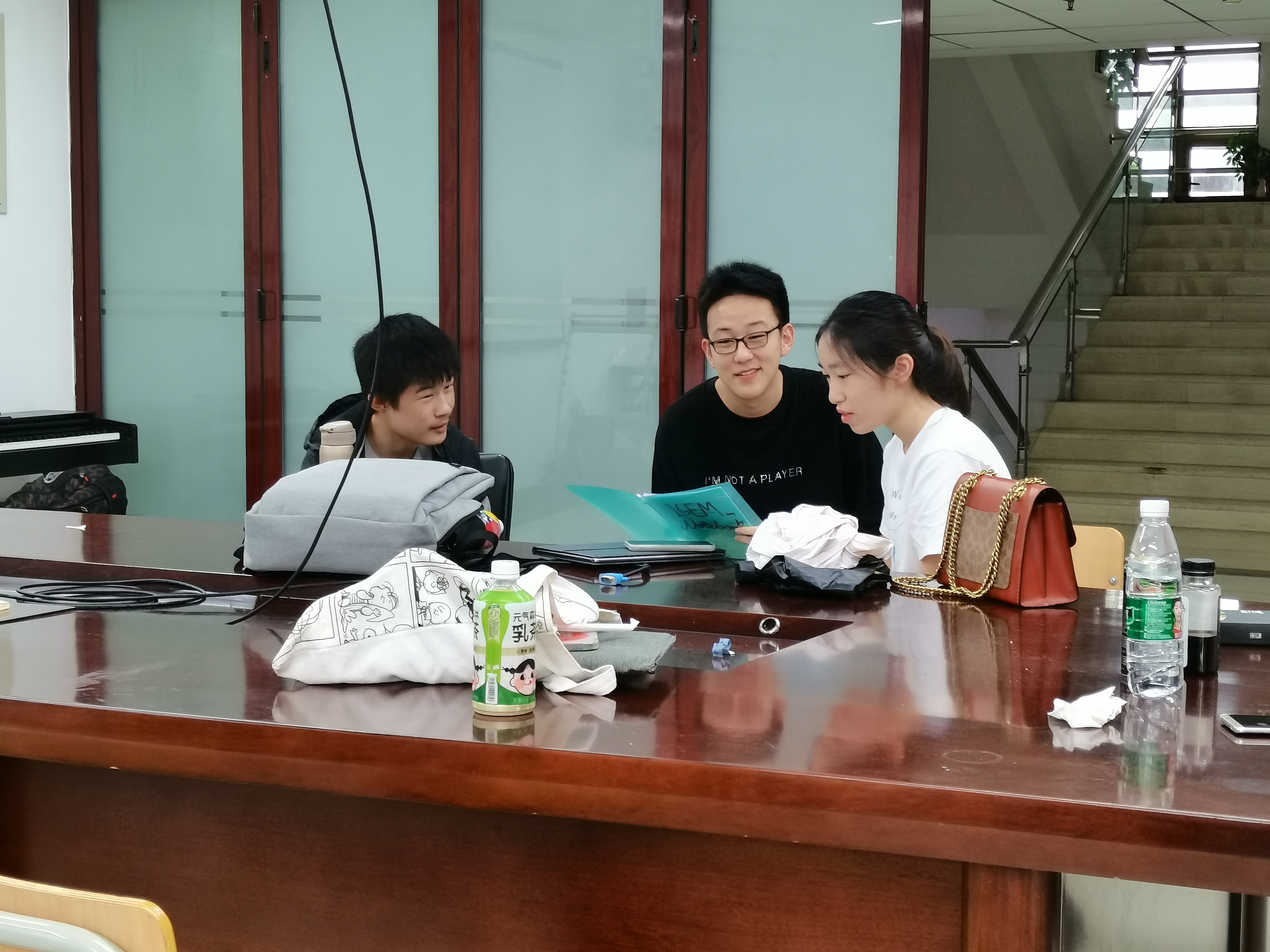 (Figure 1. Members from the modeling group of TJUSLS_China and BJEA_China are discussing on modeling)


TJUSLS_China provided us with valuable suggestions and resources. When building up the model's algorithm, TJUSLS_China recommended CSDN, an algorithm website, with which we expanded our knowledge about algorithms and facilitated our project to a great extent. TJUSLS_China taught us that not only do we need to be attentive to our experiment data, but we also have to gather supporting data related to the project. To this end, they taught us several approaches for searching paper resources, gathering supporting data, and attending to important details. In the end, we discussed several successful modeling examples and summarized several keys to model efficiently.

We were very thankful to senior students from TJUSLS_China for their patience and their professional suggestions. Through our communication, they imparted us the fundamental idea of modeling and advice for further improvements, facilitating our study to a higher level. 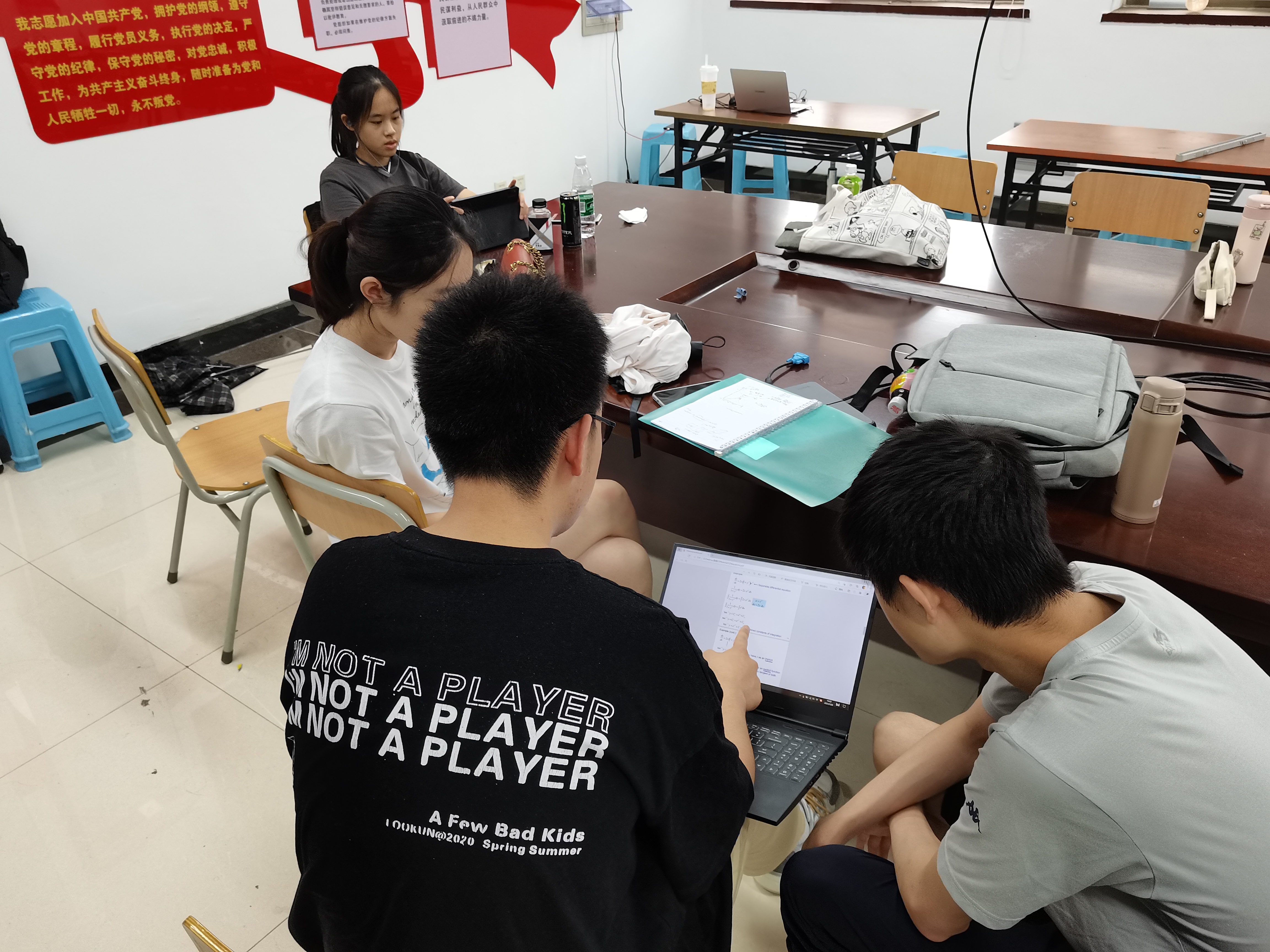 (Figure 2. Member from modeling group of TJUSLS_China is teaching us on how to do modeling) 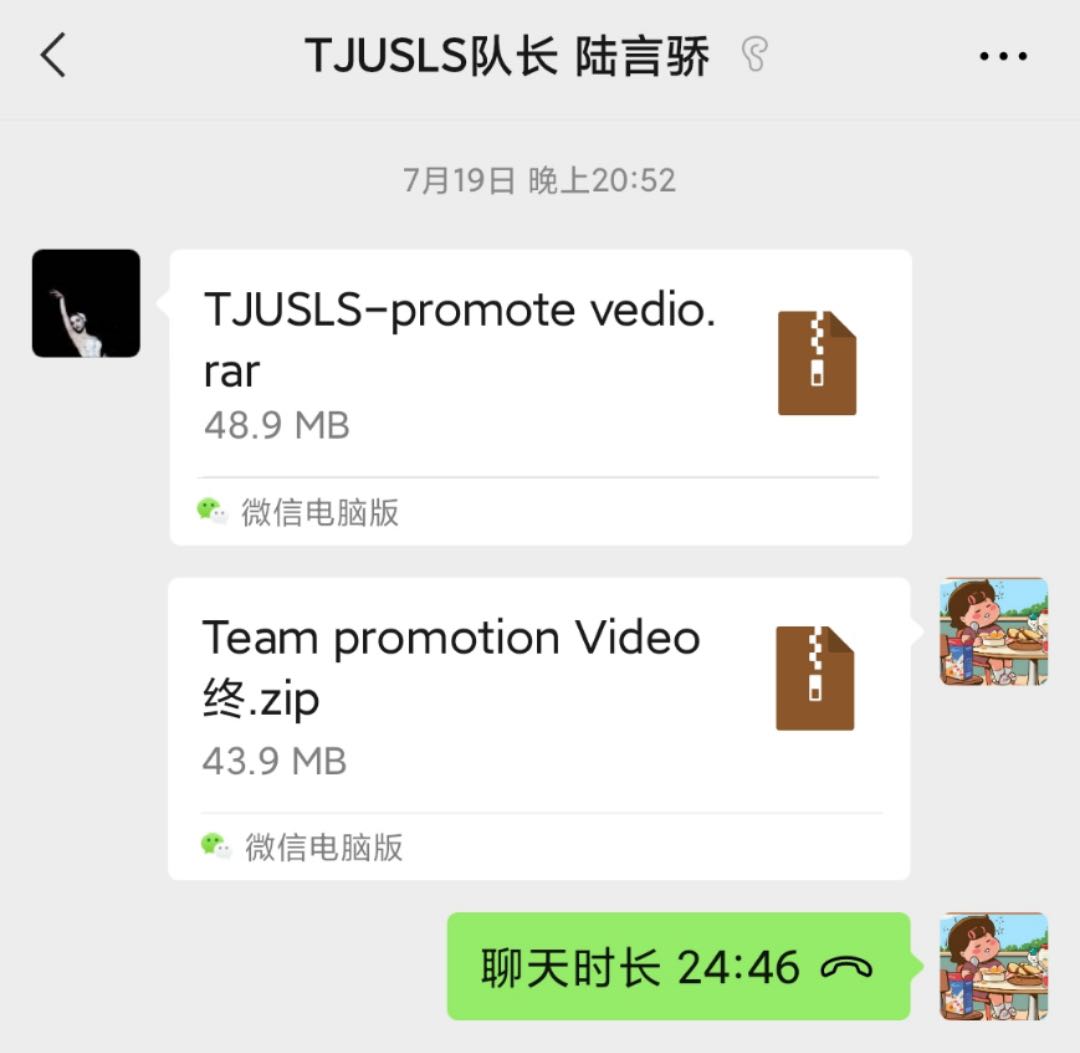 Because of highly overlapped research fields, we decided to extend our cooperation after the research in the TJU lab. Before the deadline for the promotion video, both teams checked through each other's promotion videos and advised each other. This action further enhanced the bond between the two teams. After sharing the promotion videos, TJUSLS_China scheduled a face-to-face meeting in which we created overall cooperation on every branch of iGEM. Through our deepening, ongoing relationship with TJUSLS_China, we collaborate on Lab experiments, ideas of HP, modeling, and other works from different groups.

Both teams' Human Practice group members were not idle. We organized a symposium, sharing opinions on the main concepts of Human Practice and strategies of event organization. 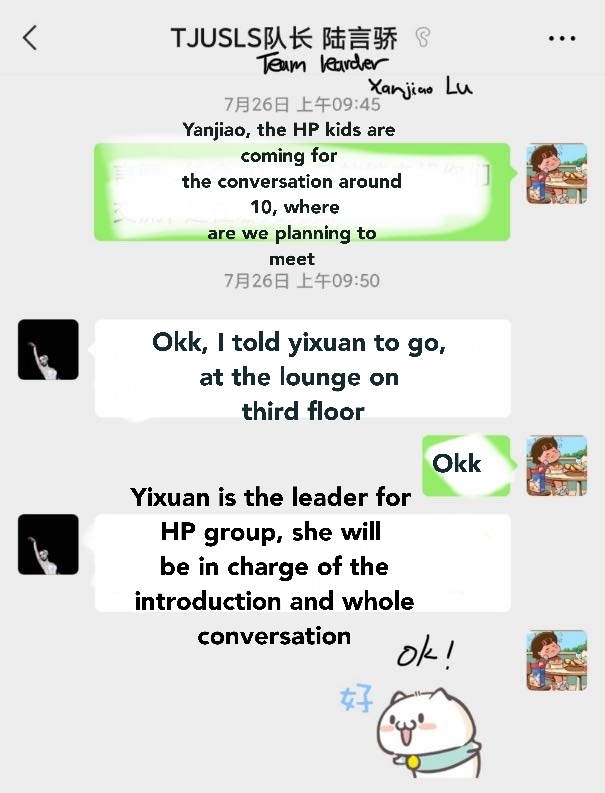 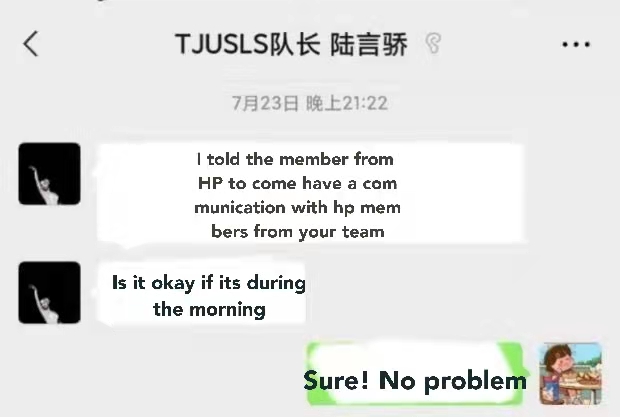 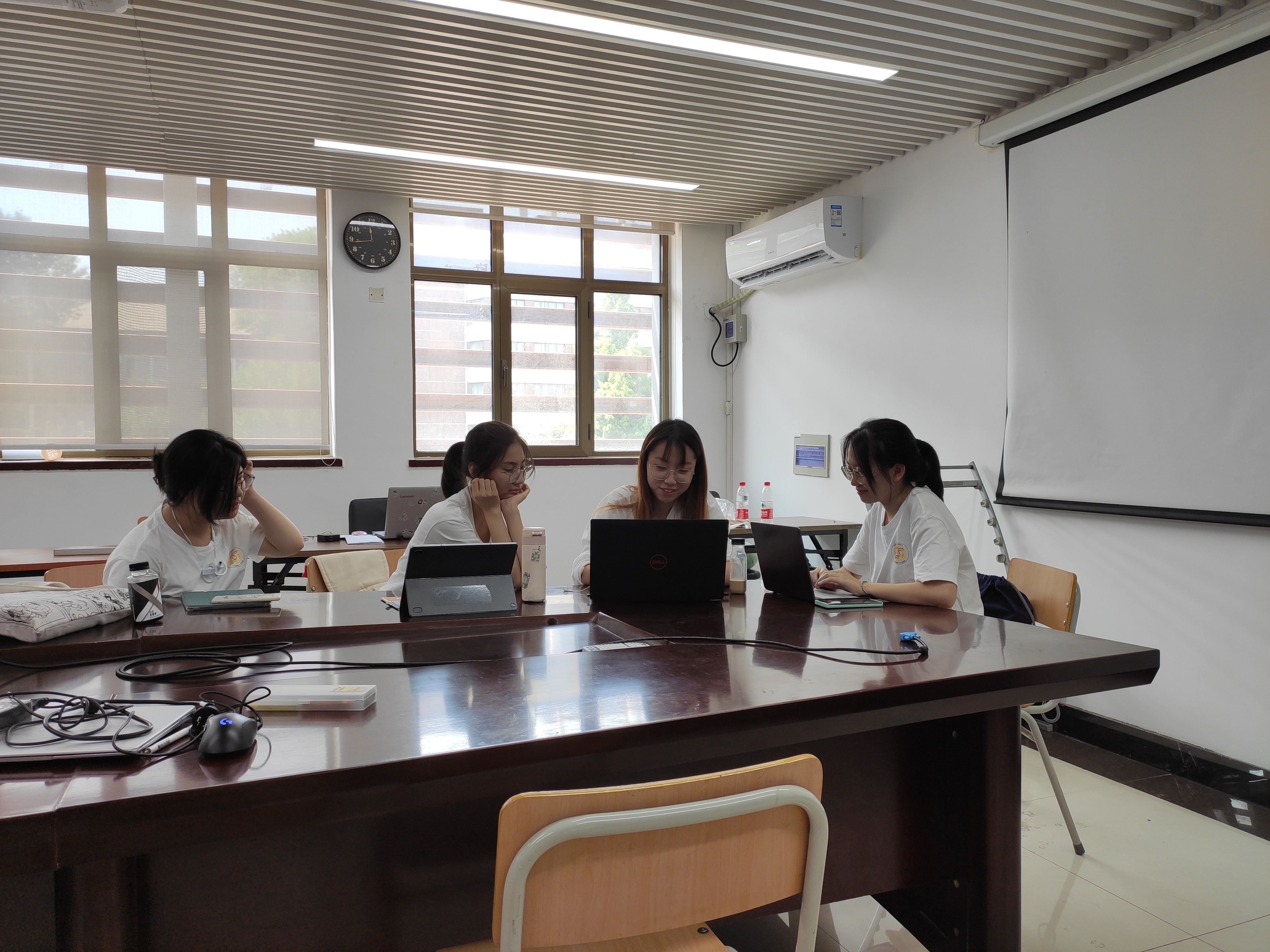 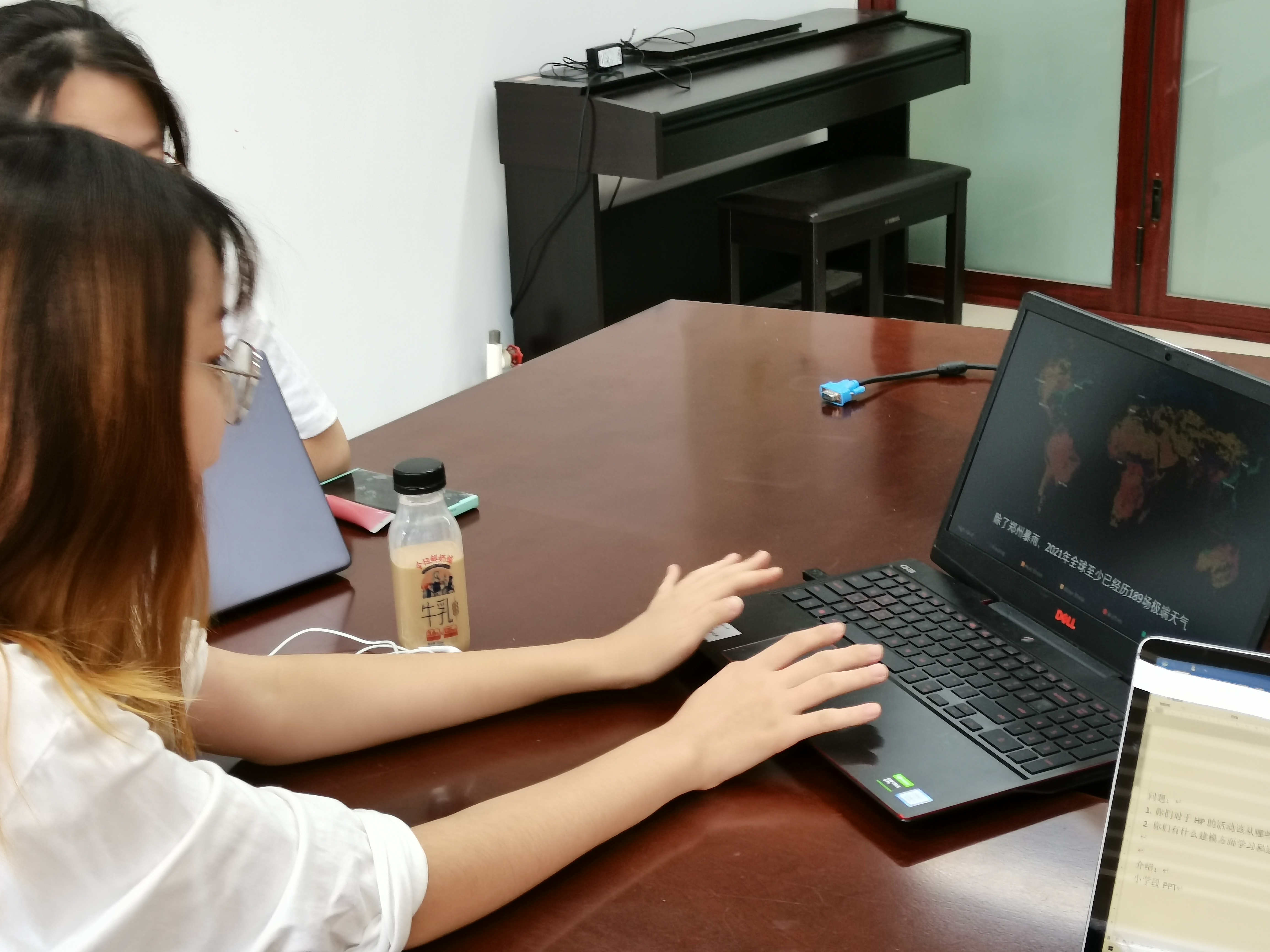 On July 26th, BJEA_China and TJUSLS_China both presented their respective research topics. From the presentation, we realized that we share the same goal and interest. Thus, both teams’ HP groups started the propaganda of synthetic biology and the educational activities on the importance of plastic disposal. Subsequently, we organized research topics where we can work together right now. At the end of the symposium, we were inspired by the ideas from TJUSLS_China, including recording documentaries about the impacts of undisposed plastics on the environment, providing courses to propagate the basic knowledge of synthesis biology, and creating live podcasts to discuss the environmental effects of plastic and the necessity of plastic degradation towards broader audiences.

To summarize, the similarity on the topics generated a stronger bond between the two teams and allowed us to stay connected for further collaboration.

On July 30th, BJEA_China and TJUSLS_China held a summing-up meeting at the School of Life Science in the campus of Tianjin University. After one week of cooperation on experiment in lab, we known each other better. Under the axiom of “one plus one is greater than two”, we discussed the possibilities for further mutually beneficial cooperations. 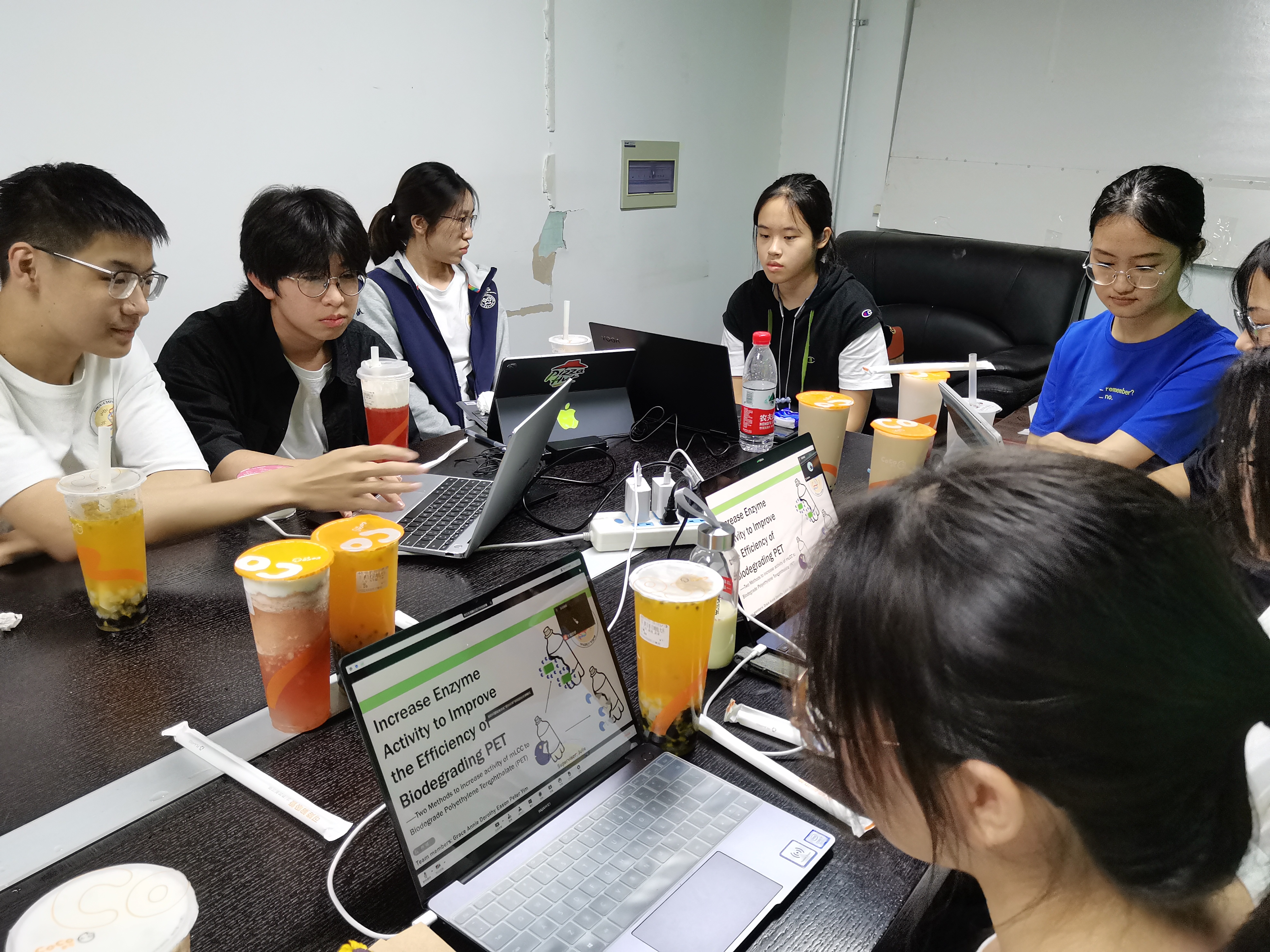 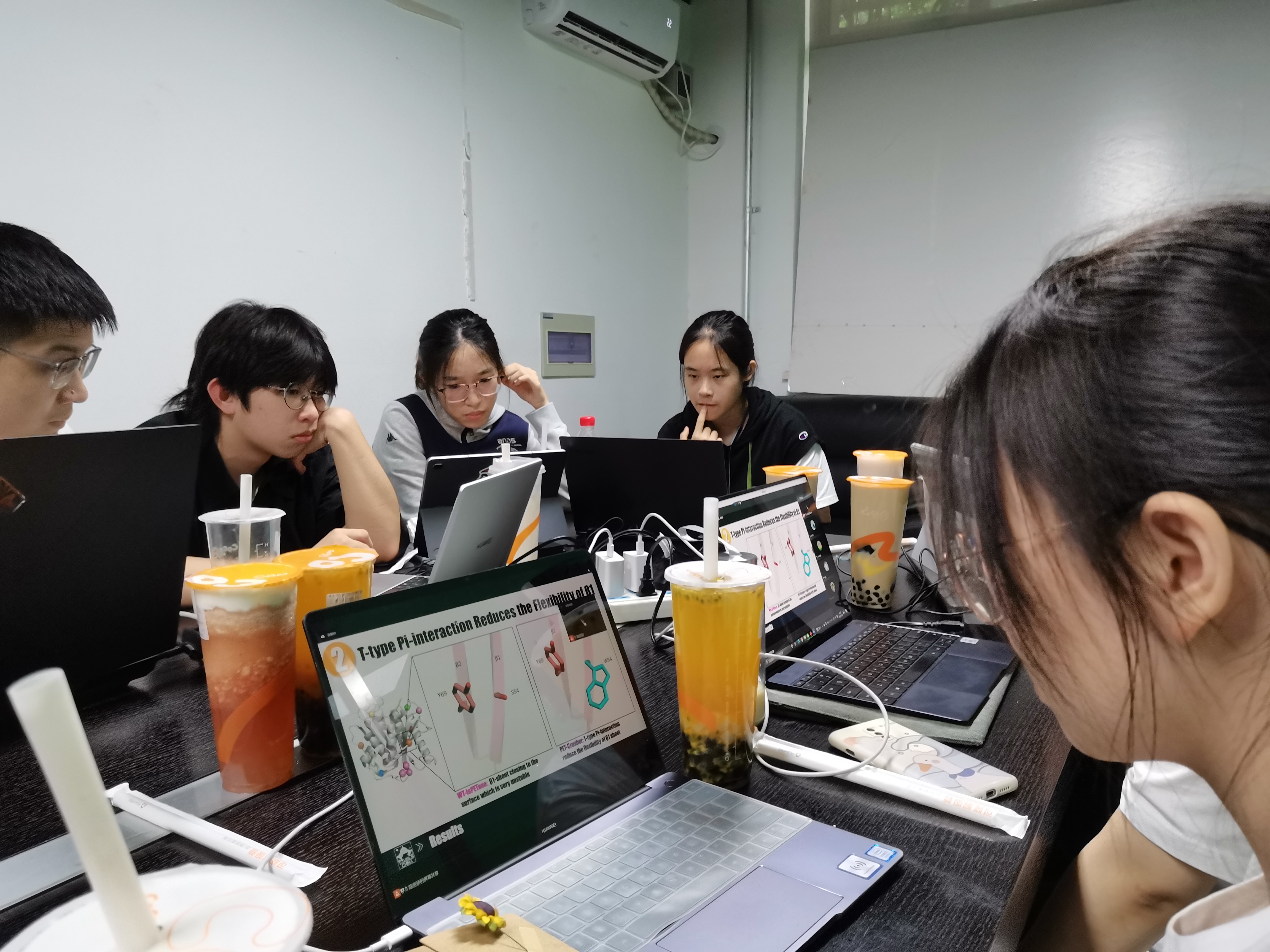 (Figure 1. & 2. Both teams are introducing their project by using PPT)

Firstly, both teams presented their projects in a systematic way via Tencent Meeting. We explained the two methods we used: cell surface display of mLCC in Bacillus subtilis and joint mLCC with hydrophobins. On the other hand, TJUSLS_China planned to improve the stability and efficiency of PETase by using rational design which includes engineering disulfide bridges, Hydrogen bond, salt bridges, and stabilization of the hydrophobic core.

After the presentations, TJUSLS_China supported us with several sensible suggestions and practical support. Through consideration and inspiration about PETase, TJUSLS_China suggested us to select other hydrophobins or linkers to see if we can attain higher efficiency in our experiments. More importantly, based on their proficiency, they suggested that we try to link our LCC with their PETase, evaluating the efficiency and improving both projects’ outcome. For the modeling part, TJUSLS_China advised that we try to find out a fitful hydrophobin by using simulation analysis. Concerning our immaturity in computer science knowledge, TJUSLS_China was glad to provide us with their code for the simulation analysis, which strongly boosted our research. As for the final demonstration of our project, they recommended us to use pyMOL to create 3-D dynamic graphs that makes our presentation more vivid. For HP part, we cooperated on various aspects due to the overlap on project topics, includeing social investigation, educational video, and sharing tough but meaningful and rewarding stories we both experienced in the laboratory. 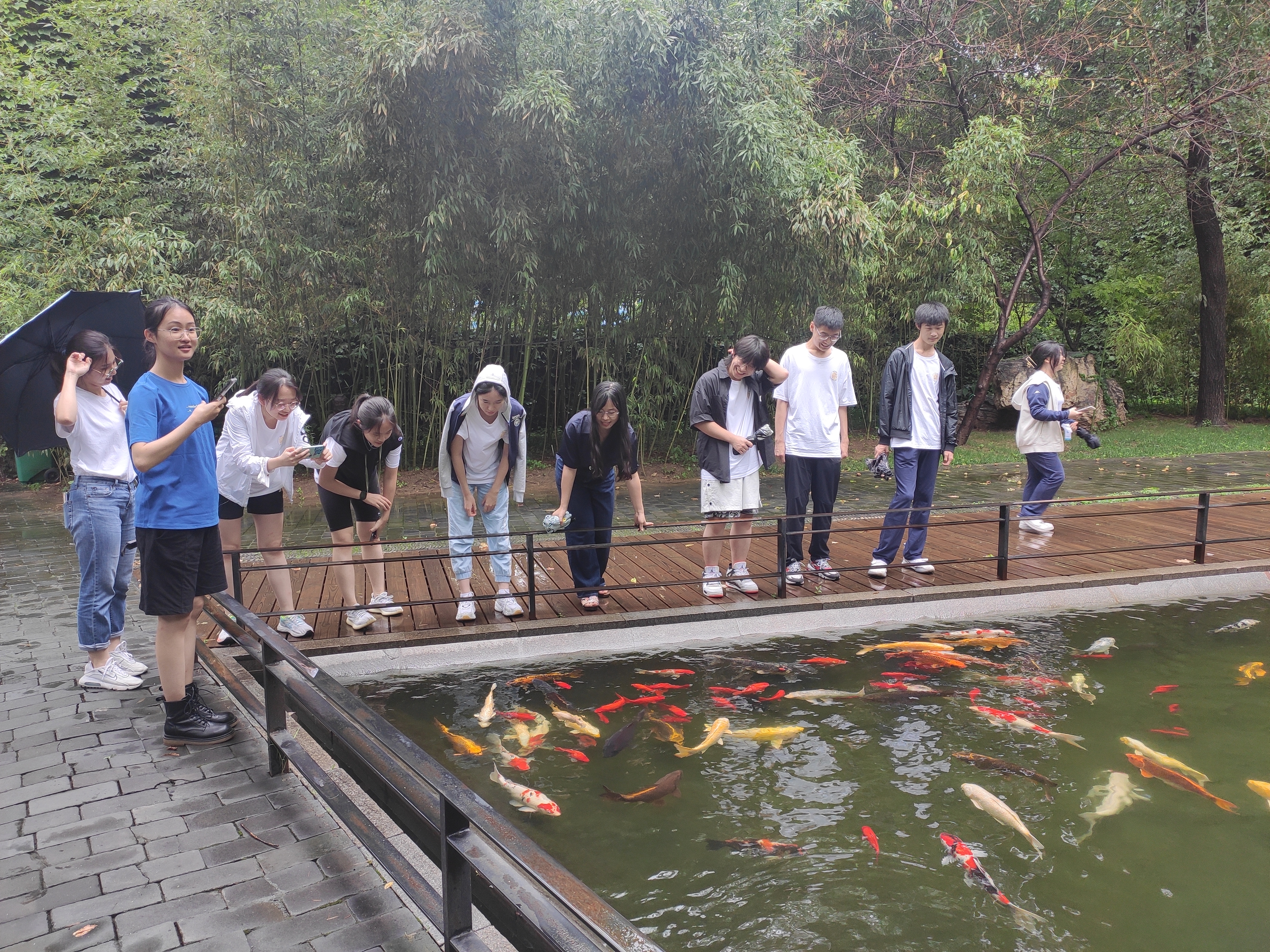 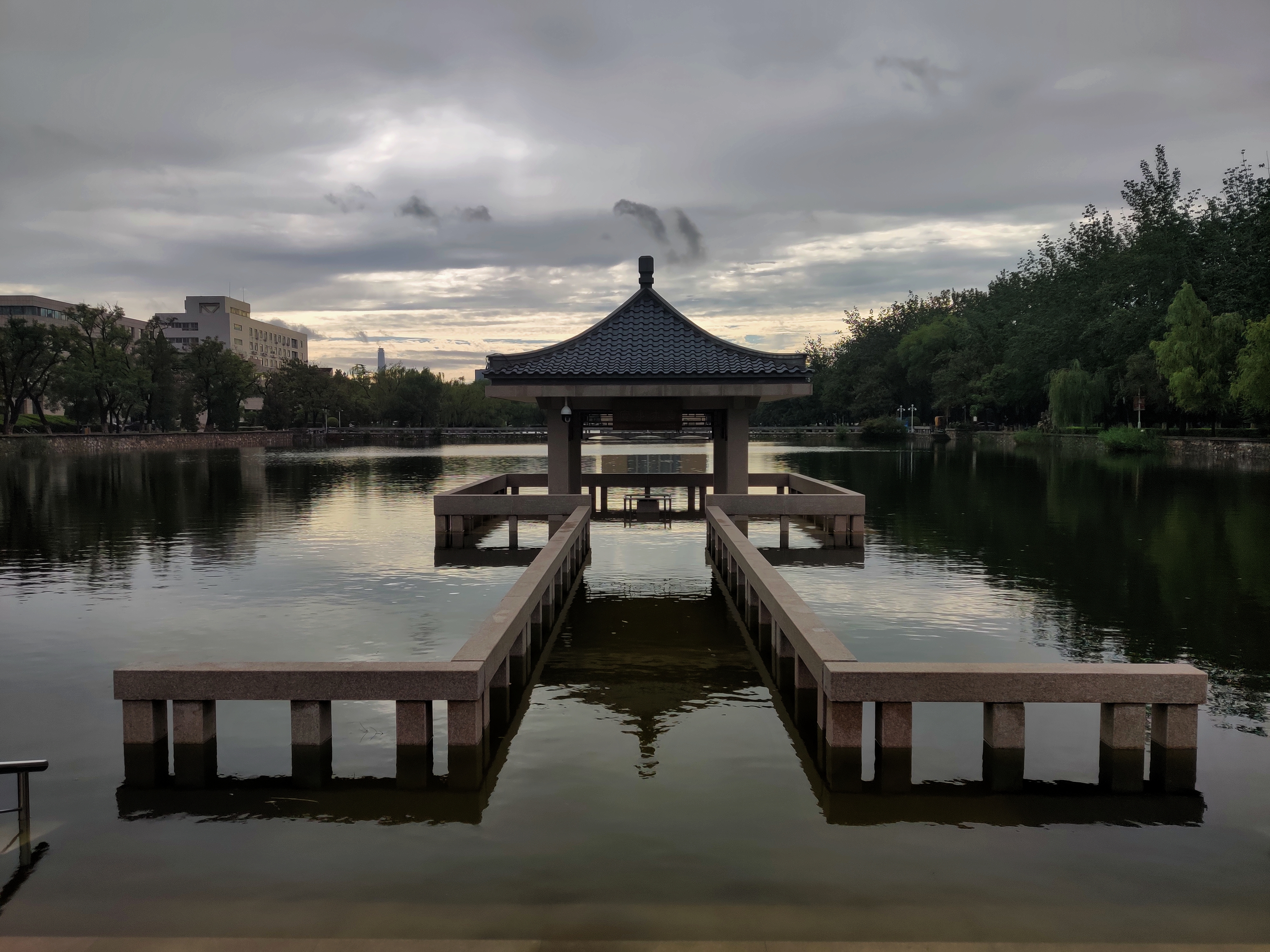 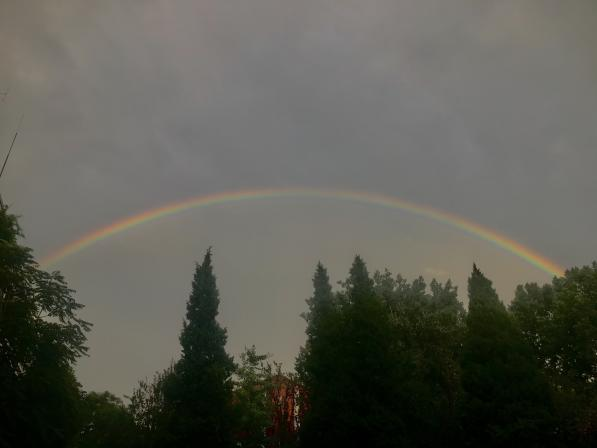 At last, Lu Yanjiao and Guo Xiaofan from TJUSLS_China leaded us to tour around the beautiful campus of Tianjin University. During the tour, both teams established a deeper and more harmonious relationship. There’s no doubt that not only did we create solid foundation for further win-win success, but also we harvested new friendships.

In conclusion, we are eager to express our immense gratitude towards TJUSLS_China, for their patience, help, and well-judged advice on every aspect of our team. The experience in Tianjin University with TJUSLS_China is meaningful and memorable. We hope both BJEA_China and TJUSLS_China can harvest and prosper. 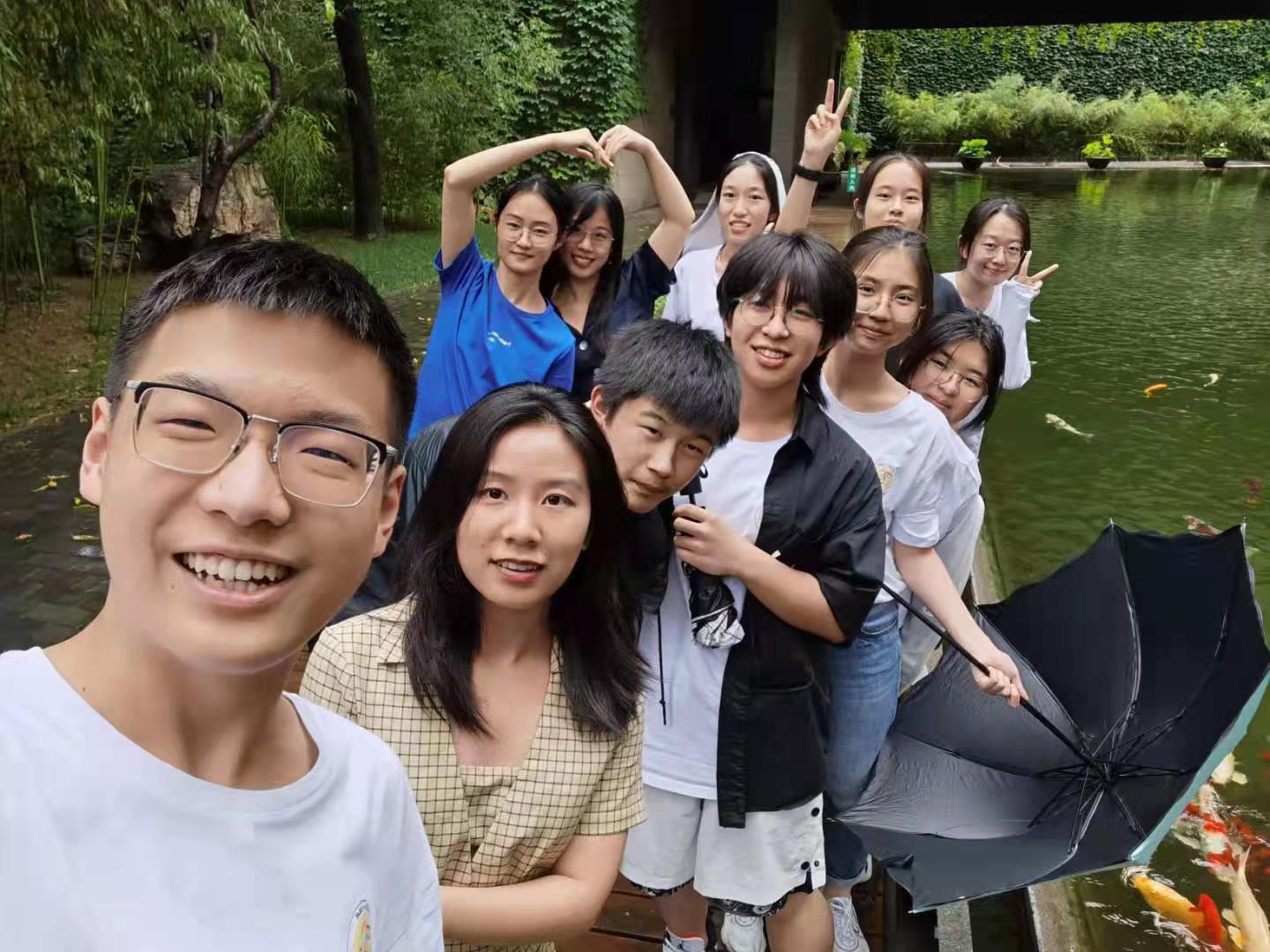 By Sep.19th, TJUSLS_China and our team both attended the on-line seminar held by CPU_China. After the seminar, both of our teams helped each other to recap and summarize the harvest we gained from this seminar, ensuring that we both learned in the maximum extent. Also, by seeing that they made a great breakthrough on experiment part, we feel happy for them.


During the period from October 1st to October 7th, because we were unable to leave Beijing due to policy restrictions about COVID-19 to conduct our experiments, TJUSLS_China helped ous determine the degradation efficiency of their modified LCC under different concentration gradients.


Further, we are planning to meet again on-line to rehearse the upcoming Q&A session since we have a relatively comprehensive understanding of each others’ project, ensuring both of us are more prepared and confident.