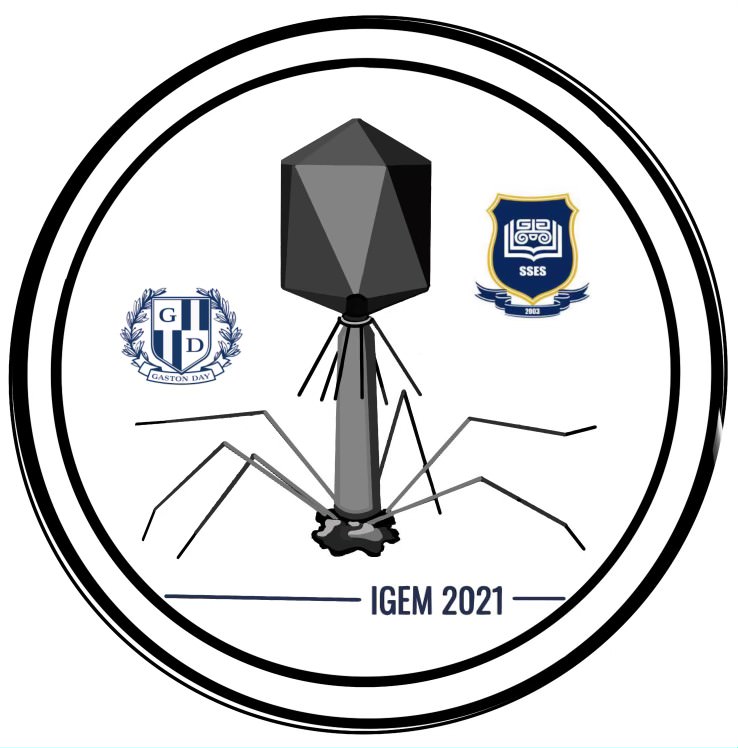 Risk of Bacteriophage-mediated Lateral Transfer in the Environment

Bacteriophages exist in both natural and artificial environments and are able to transfer DNA from one type of bacteria to another. Bacteria, such as E.coli, released from synthetic biology labs

may be infected by certain bacteriophages and the antibiotic resistance transferred to other bacteria leading to biosafety issues. To better understand this problem, we will assess the

potential risk of lateral transfer of E. coli plasmids by T4 bacteriophages under different conditions. We have shown that T4 can transfer plasmid DNA, which does increase the risk of lateral

transfer. However, the number of E. coli phages present in our local environment appears to be quite low, reducing the risk. We added four new T4 early promoters to the registry

to support our project. Additionally, our team focuses on providing students who have visual and motor challenges a way to measure liquids through 3-D printing.

Bacteriophages are viruses that infect and have the potential to kill bacteria, and therefore are useful agents of treatment for bacterial ridden diseases and as a potential alternative

for antibiotics. As early as the 1920s, phages have been researched as apt to kill human pathogens. As medicine is advancing, genetic engineering is becoming an increasingly attractive option, especially with phages.

Advantages to phages include that they are cost effective, easily manipulated and engineered, specific with a narrow spectrum of activity, safe as they cannot affect mammalian cells, and are efficiently fast-growing.

However, because they multiply within bacterium then break the bacterial cell open to release new viruses, phages pose a threat to the environment known as lateral, or horizontal, gene transfer.

bacteriophages and their hosts through a process called transduction. Transduction occurs when the fragments of the host DNA are incorrectly packaged without the phage DNA instead of with it.

This is important because lateral gene transfer plays an important role in the spread of antibiotic resistance, and the sharing of particular DNA can spread either good or bad genes.

Through working with bacteriophages, the goals for our project include to evaluate and quantify the risks that lateral gene transfer poses to the environment.