This year as our final product we developed a test kit to meet our target criteria for the project, and should this kit be deployed in the current environment we believe it will have a big impact on CRE spread.

As mentioned before, this kit is aimed at use by hospital staff with minimal training, in order to contain the spread of CRE more effectively. Healthcare professionals have let us know that patients are routinely swabbed for various types of antibiotic resistant bacteria, including CRE, and we believe that our tool would complement this perfectly, providing more information for virtually no drawbacks.

Antibiotic resistance has caused an arms race humanity is doomed to lose unless more types of action aside from the discovery of novel antibiotics are taken, raising a number of worrying questions about the future of healthcare. Mitigating the effect that the spread of antibiotic resistance has is even more important than it normally would be due to the COVID-19 pandemic placing significant strain upon healthcare systems. Coinfection of COVID patients with hospital bacteria has been known to happen, and thus we believe that a quick and reliable diagnosis tool such as our detector can prevent at least some of these from occurring.

Our circuit was originally designed to also function in vitro - making it work in a cell-free context would, in our opinion, not be particularly difficult. The kit itself would take the form of a tube, filled with a cell-free extract which would contain our engineered components, as well as the necessary substances to produce the reporter, such as nucleotides, the buffers necessary for the RNA aptamer’s correct folding and the fluorophore, DFHBI. Due to the non-toxic nature of all the components and the absence of any living cells within the tube, it would be perfectly safe for use with minimal personal protective equipment. It would, however, need to be stored at low temperatures in order to keep the proteins in the extract (such as dCas9) functional for an extended period of time.

The kit’s use would be perfectly integrated into current procedures – after the patient has been swabbed once and the initial sample sent for sequencing, a second swab can be taken and placed into the tube. After a relatively short time spent waiting, the solution can be examined for fluorescence and appropriate measures taken, with their extension dependent upon the results of the sequencing analysis. This would enable positive patients to be quarantined earlier and limit the spread of CRE, as well as preventing the unnecessary quarantine of patients who are suspected of carrying CRE but turn up not carrying the bacteria. Other suspected reservoirs can also be tested very easily, including sinks, drains and faucets. Moreover, the kit was designed for simplicity of use. It includes a set of 4 step illustrated instructions, clearly labelled reagents, a test-tube rack and a distinct signal for a positive test. This means that to carry out a test the personnel only need to be trained in swabbing patients. This also means that should the target organisation want to deploy this kit in a more extensive format, for example routine swabbing of surfaces, it will require little training for any personnel in the organisation to carry out a test. The container of the kit and the test-tube rack are all made exclusively from cardboard which is widely recyclable, this is in the aim to minimise any environmental damage from a possible widespread deployment of these kits. 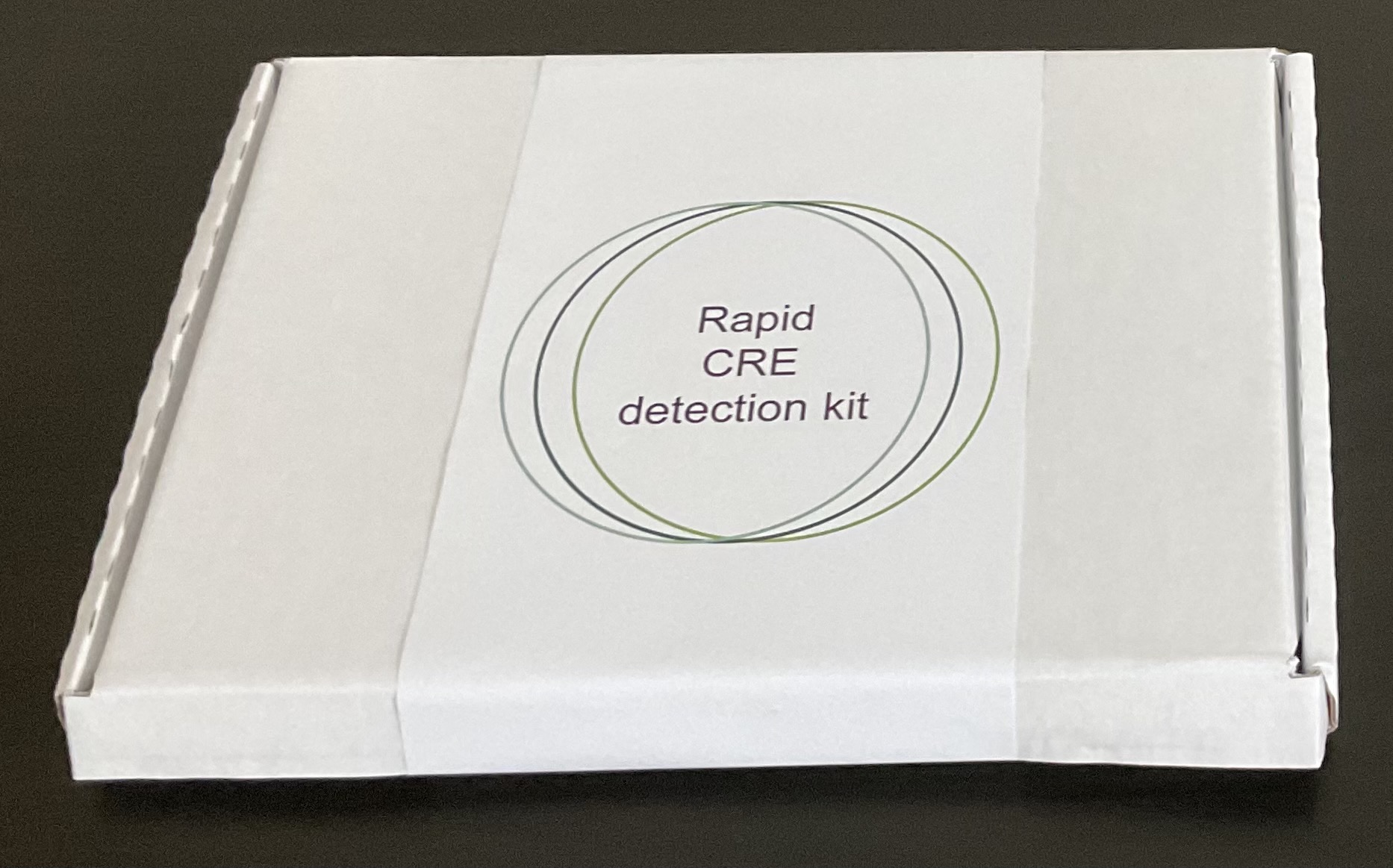 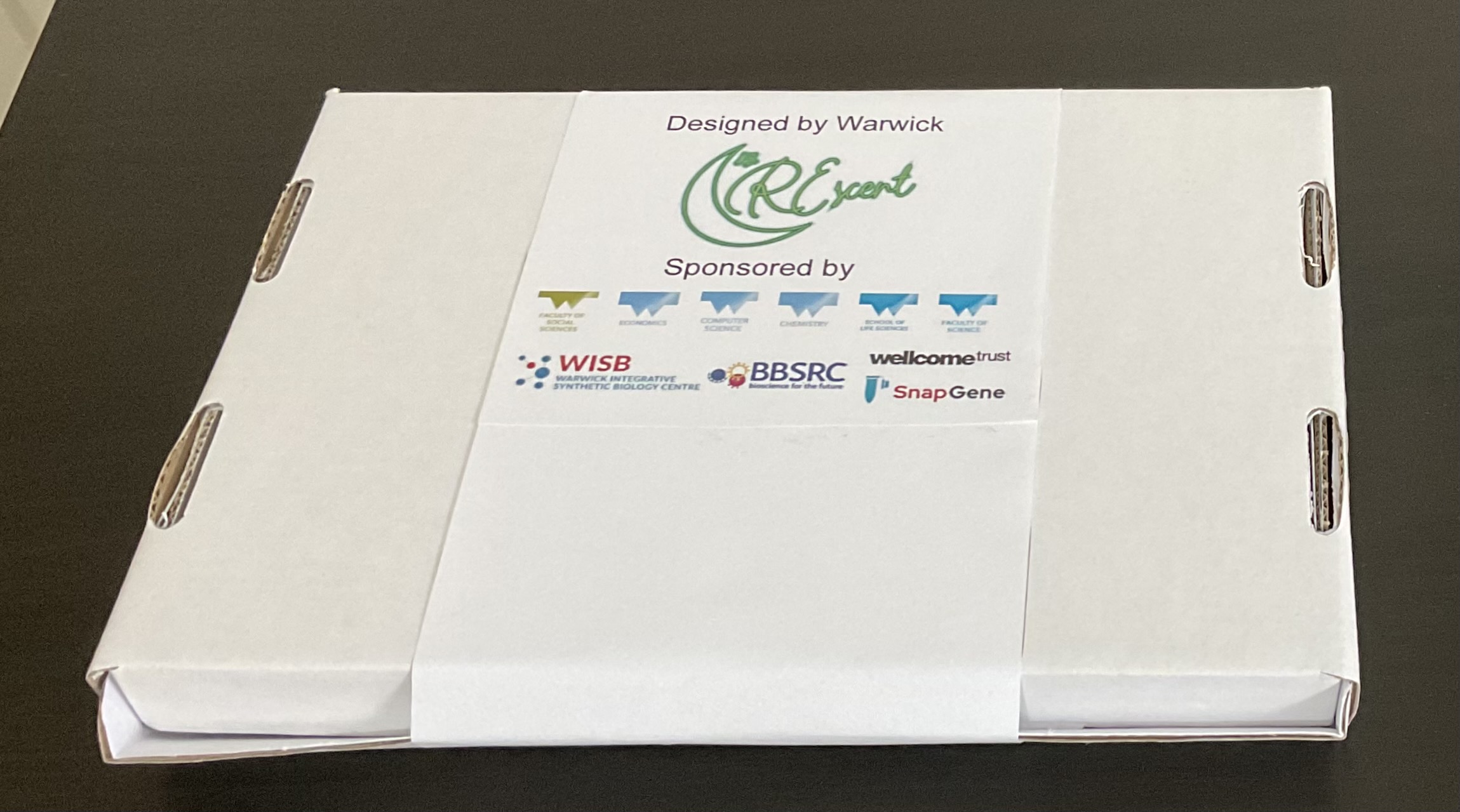 Pictures of the kit box 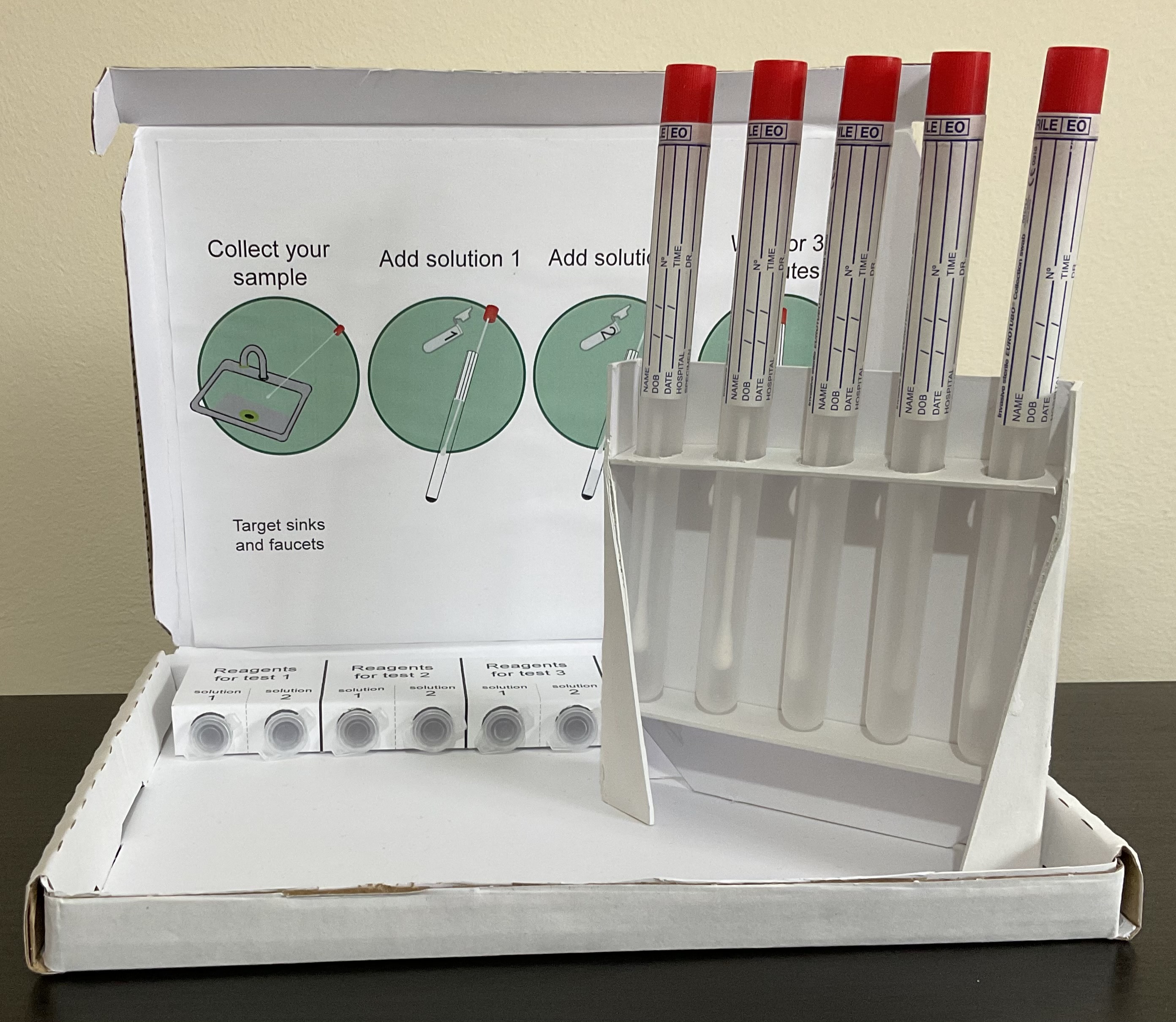 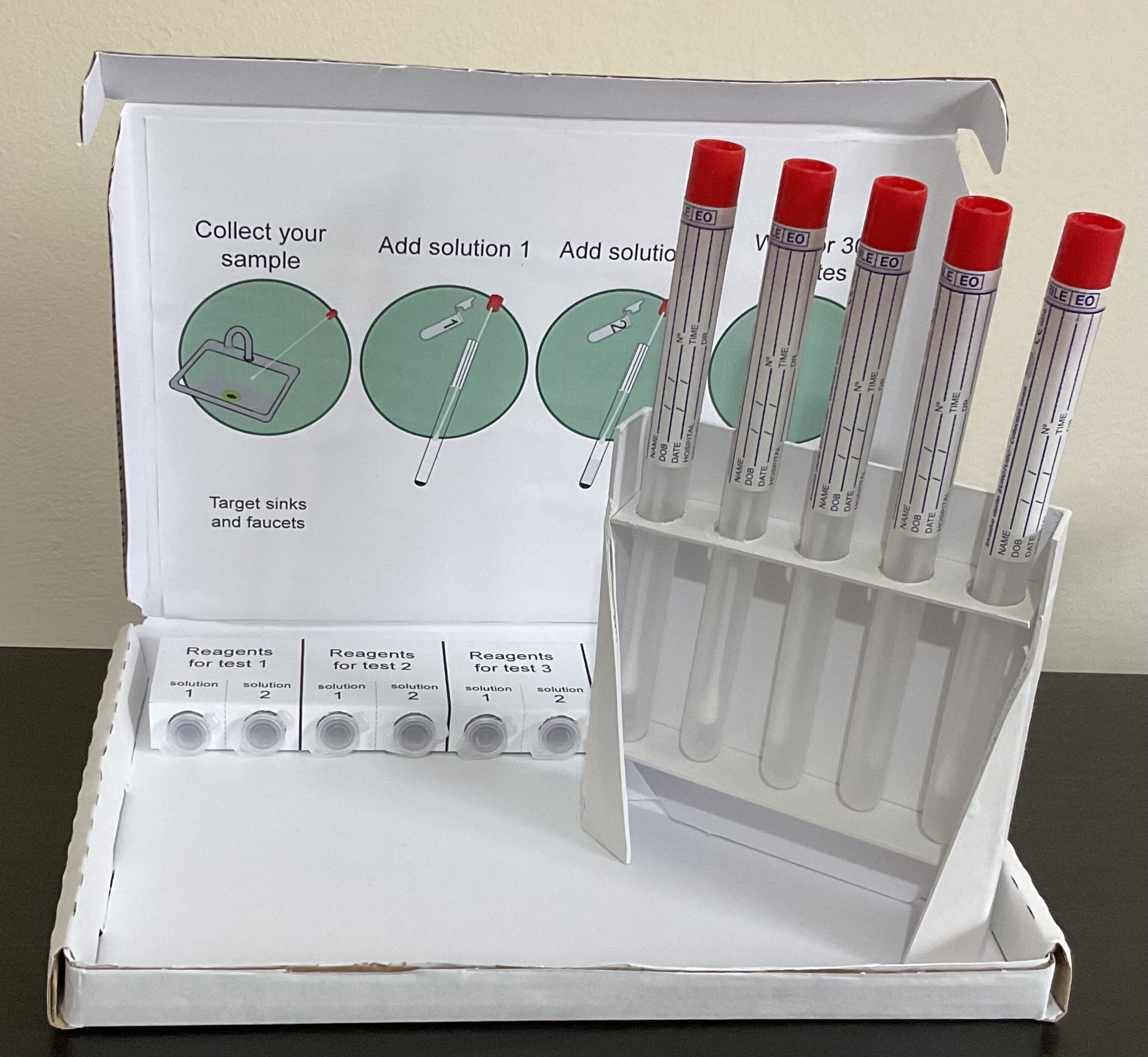 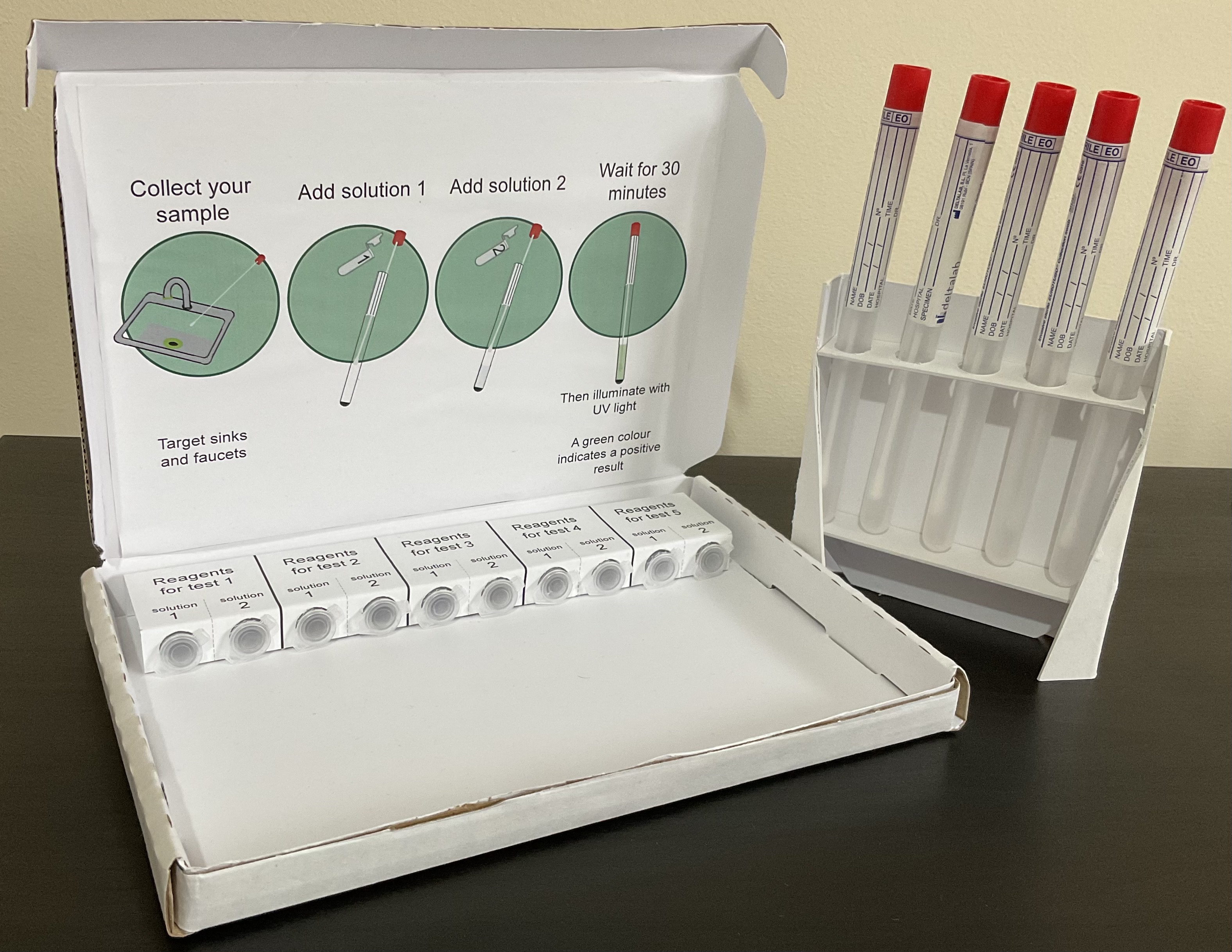 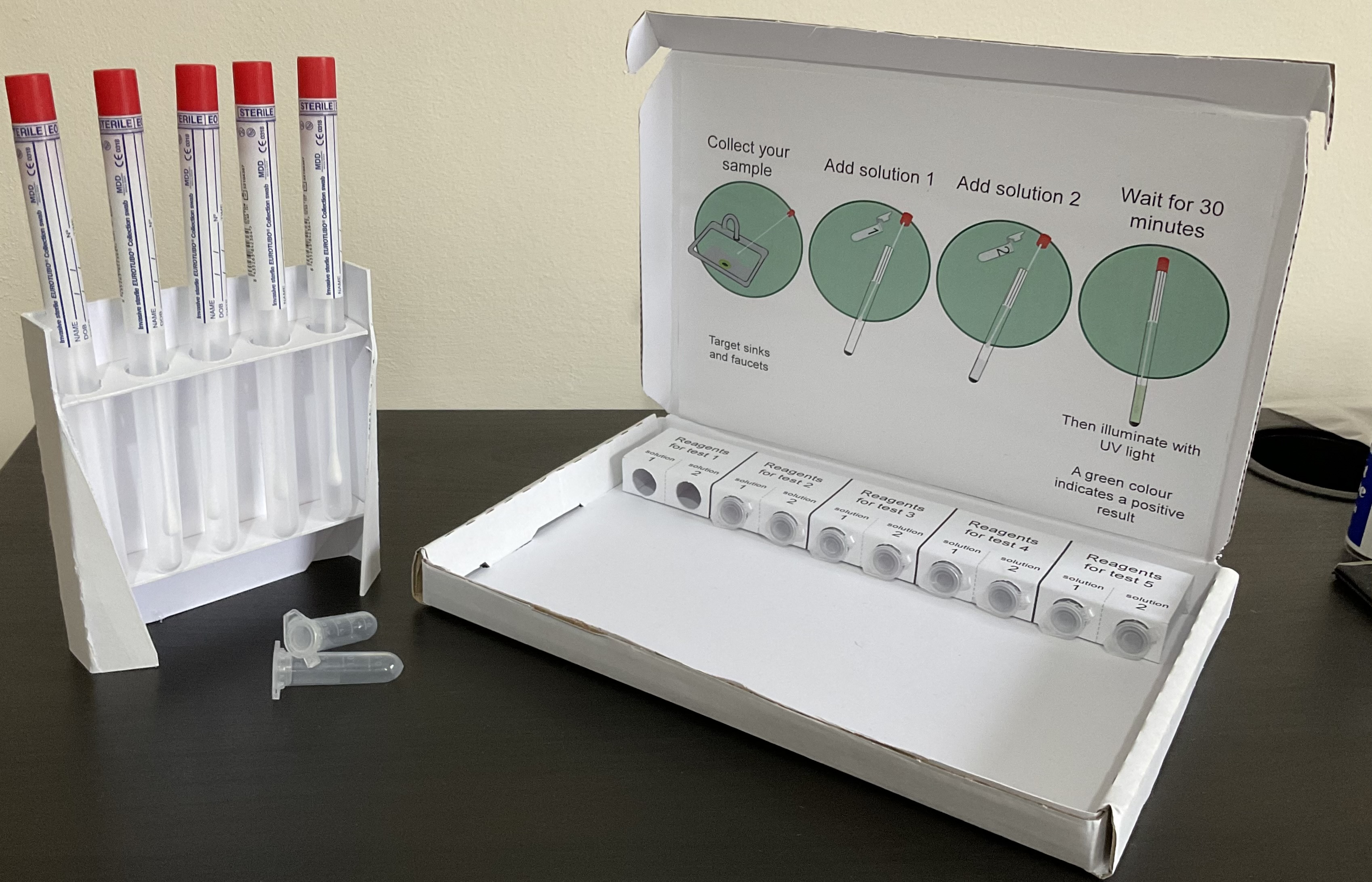 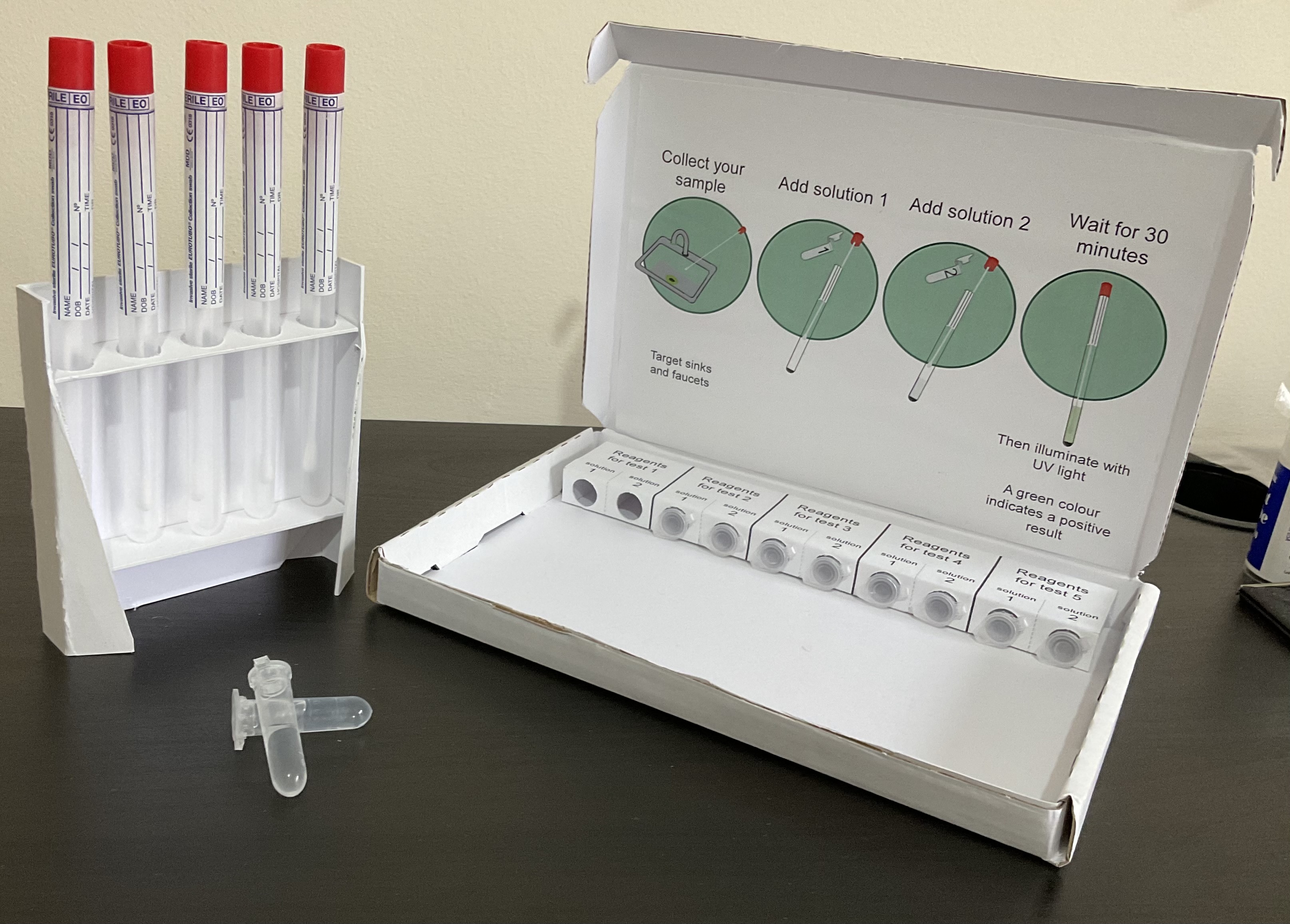 Pictures of the kit open and ready for use 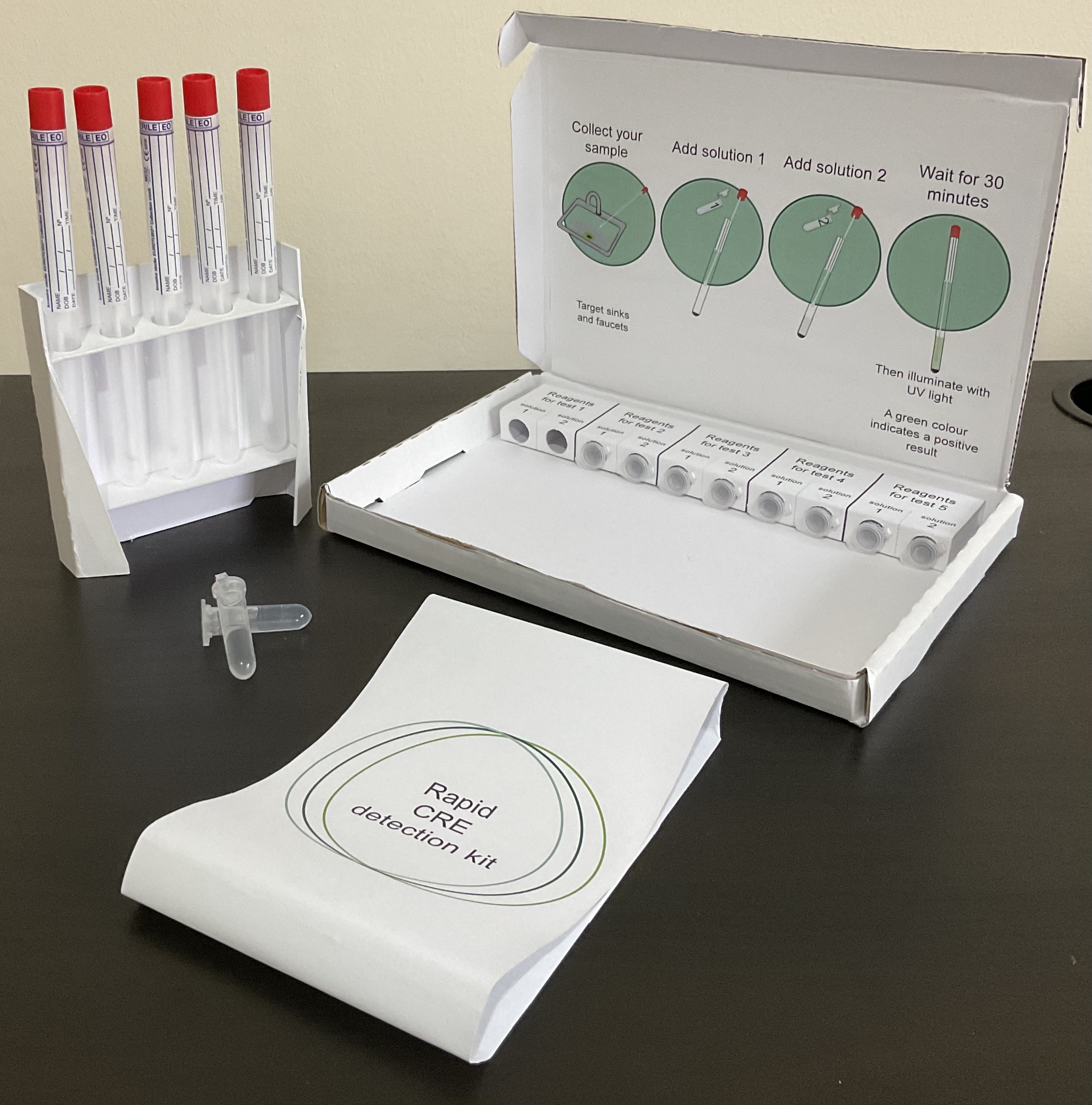 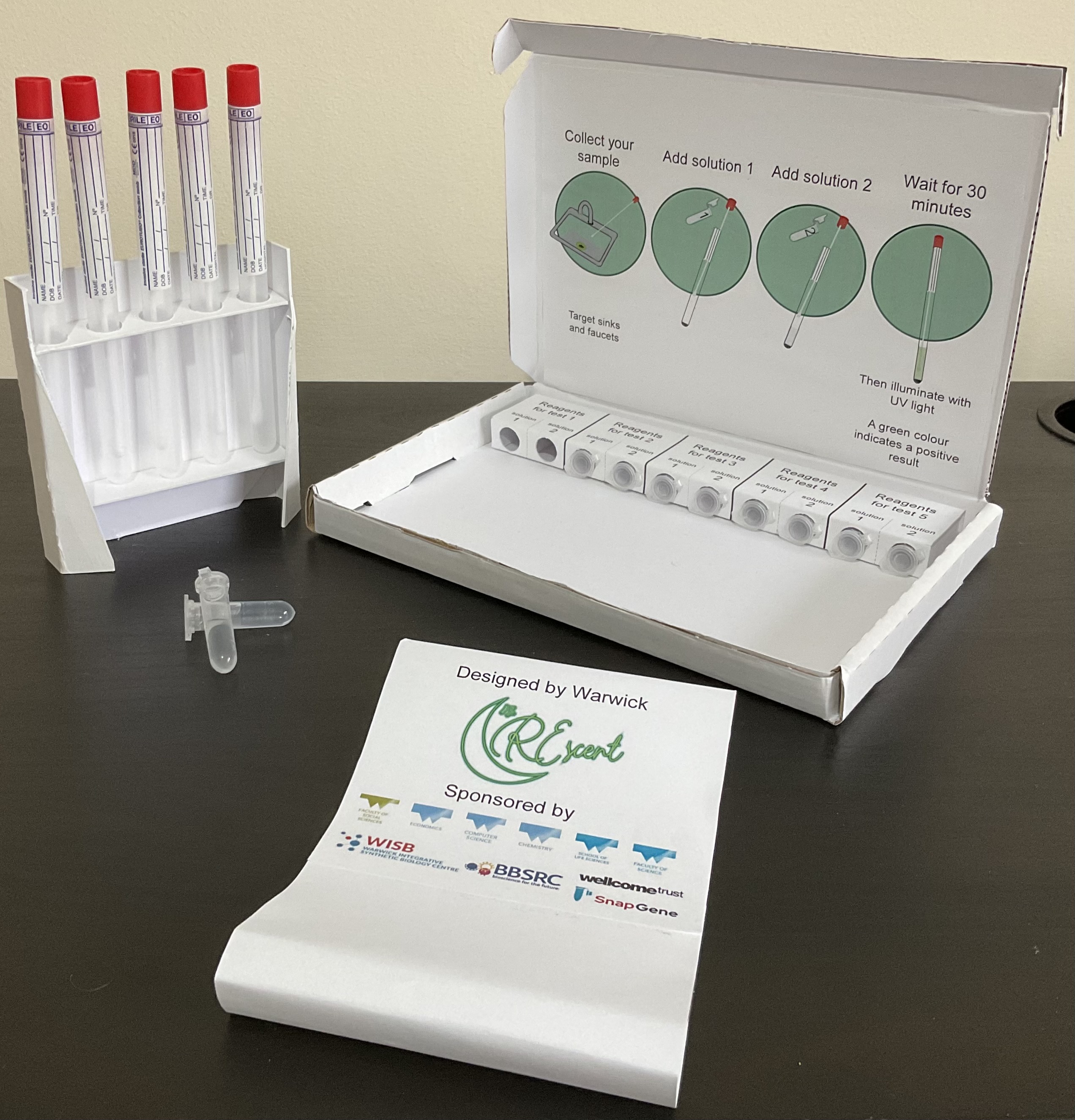 Pictures of the kit with the instructions

Should the system be particularly successful, it can be iterated upon to produce variants which can detect other genes of interest – engineering new cgRNAs is a relatively simple process, and all it would take to convert our OXA-48 sensing system to sense another gene is replacing this cgRNA. This modular design could also see use in other areas such as research, where lengthy and difficult procedures such as RNA extractions would be made much easier to carry out.

Producing the kit is relatively cheap, as once cultures of cells containing our system have been established, maintaining them is not particularly expensive. In addition, taking fluorescence readings can easily be automated to eliminate the possibility of human error.