CUSTOMERS
SCALING-UP
MARKET
Legislation
Competition
DRONE
Assembly
Programming
Design
REFERENCES
SYNBIOFOAM FEATURES AND POTENTIAL CUSTOMERS
Synbiofoam is a first of its kind eco-friendly firefighting foam. It can be used in all type A fires, but it is thought mainly for its usage in forest fires, since it does not contain any harmful compounds for the environment. On the other hand, it is able to also combat type B fires, in which the fuel is non-polar, such as gasoline, solvents, and other petroleum-derived hydrocarbons. More information of the foam’s functioning is provided in our project description and engineering success sections.

Its usage makes our foam useful for local firefighter departments, as it can be applied in forest and house fires (the two most common types in our region), but also for the private industry because of the type of fuel. This has been corroborated by a continuous validation of our stakeholders, further explained in our human practices section .

INDUSTRIAL SCALING UP
Even though there are no Mexican foam producers, our intended scaling up plan does not need any additional industrial equipment than the one already available in our country, since the production of our foam components is thought to be carried out on a biorreactor.

With this objective in mind, and since we are not able to make the proper tests due to COVID-19 restrictions in our university, we have elaborated two different models to be sure our plan for industrial production is optimal. Those are the model of a Fed Batch bioreactor, and the optimization of the culture conditions; both are further explained in our math model section. In addition, we developed a design of a large-scale production plant, considering all the costs involved, as a feasibility analysis of our plan, this design is detailed in our math model and entrepreneurship sections.

Regarding the legal aspects of our product, we have deeply analyzed the safety considerations revolving its development; for us to respond to this concern, a molecular safety mechanism is included in our designs, and it is explained in our project description section. However, on this analysis we also included the labeling aspects (available in our safety section) and the certifications with the proper organisms (explained in our human practices section). Last, since it is a product from a GMO, we made sure our foam accomplished all the policy regulations needed for its future development.

Throughout the year, we developed a thorough business plan, in which we analyzed our competitors and the advantages Synbiofoam could have over them. For this, a SWOT and PEST analysis were carried out, (for more information go to our entrepreneurship section). Nevertheless, as our way to be responsive to our stakeholders’ opinions and concerns, we decided to design a foam dispersal mechanism for its application on wildfires using an autonomous drone as an additional feature of our complete value proposal. It is important to mention that, as explained above, our foam does not need any additional equipment, hence, the usage of the drone is optional for our potential customers, but it is still cheaper than the current methods used in this type of incident. The inspiration and detailed design are explained in the following sections.

DESIGN OF AN AUTONOMOUS DRONE FOR FOAM DISPERSAL

While researching about the economic impact of fire incidents, we found out that in Mexico, when it comes to fire suppression, local governments have to bear additional expenses, e.g. the rent of equipment such as specialized aircrafts, since local firefighters departments do not have the financial means to own these sophisticated combat methods.

After analyzing that, and based on the information received from our stakeholders about the inability to pay those expenses, as well as the need for application methods not involving people putting their lives at risk, we decided to go deeper into this issue. Hence, we decided to propose a new application method using a cargo drone to spread our foam in the area around the fire. This would further help the fire contention, an important objective to be achieved to avoid forest fires going out of control, the most current problem expressed by affected communities (further explanation is provided in human practices section).

Our designed drone must be able to surround the affected area right after arriving to the place on a recognition flight, and autonomously move towards a set of geographic coordinates indicated through a ground controller. Those coordinates can be recognized by the device using its GPS. In addition, the design includes a nozzle, which is the most important part for our foam to form (more information about our foam properties is available in our project description section). The drone design, prototype assembly, as well as the flight tests carried out are explained in the following sections.
DRONE ASSEMBLY

We chose a multirotor drone (it means it has more than two motors) due to its fast acceleration, easy manipulation, and simple structure, along with the high charge capacity, and agility (1). Its functioning consists of the inverted and simultaneous rotation of the propellers, where a pair rotates clockwise, and the other in the opposite direction, thus creating the thrust force. In addition, the drone’s gyroscopes and stabilizers allow it to keep the propellers in a static position without losing equilibrium (2).

For the drone to rotate around its vertical axis, the velocity of the right and left engines must be in a defined proportion, since the sum of the initial forces must be exactly the same as the sum of the resulting forces during the movement, otherwise the aircraft would plummet. Similarly, in the case of rotation in the longitudinal axis (or rotation on the spot), the propeller opposite to the direction of the desired rotation must rotate at higher rpm (revolutions per minute) and the opposite propeller must decrease the revolutions in an inversely proportional manner. Based on these observations, we noticed that we must tightly control the motor forces, with the help of the gyroscopes through the multirotor stabilization (2). Hence, we needed to carefully select those components. The following figure shows the simulation of the movement of the four propellers of a drone:

Going into further detail with the drone design and assembly, in the next paragraphs we explain the components we used for our desired functioning:

The multirotor to be used is able to maintain the propellers at the same level. Its cross-shaped configuration facilitates its handling, since a change of direction is carried out by controlling a single engine, based on the previously explained functioning for the drone to rotate. Each one of these engines are 45º apart from each other, and are orientated in the same direction as the arms of the drone. This is suitable for the equipping of cameras due to the absence of motors interfering with the camera’s field of vision. The addition of cameras is thought to have real-time images of the fire incidents, for its monitoring by the proper authorities.

Because of the environmental conditions our drone is supposed to work in, temperature is one of the most important factors to be taken into account, since wildfires can reach 700°C (3). After receiving several opinions from the experts that helped us (reported in our attributions section) we noticed that the most important thing we had to protect against temperature is the drone’s wiring, since it is the core of its functioning. This is the reason why we decided to use PVC wiring, since it has been reported that it provides heat resistance of up to 842°C (4), making them suitable for our application.

For the programming we used the platform Arduino 1.8.15, since it has been previously used for drone programming, it is accessible and free-access. Also, because the board necessary for the functioning, Arduino Uno, is made for its use with Arduino (5). For this purpose, we considered the need to direct the four engines of our drone at the same time, previously explained in the drone assembly section.

Next, the steps to follow in order to properly configure the design and type of multirotor.

DESIGN AND PROGRAMMING OF THE FOAM LAUNCHER

For the programming of the foam launcher we used Arduino 1.8.15 as well, and the following elements were considered for its elaboration.

For the foam launcher, we considered the three essential parts: [1] a base that attaches to the drone, that contains all the electronic elements of the foam launcher and the drone’s battery, [2] a foam container with the pressurized water container and the automated nozzle that can be programmed to adjust its environmental variables and foam ejection specificities, and [3] a remote controller capable of operating the nozzle.

In our case, for the prototype test we used a bluetooth remote controller, which is able to be connected to a cell phone or an electronic tablet. Also, for the actuator we used a servo motor to activate the foam’s release. However, since it is a prototype and we followed the recommendations of the authorities, we were not allowed to use firefighting foam (due to their toxic features explained in our human practices and project description section).

Hence, all the prototype tests were a simulation of the actual functioning. For our future perspectives, it is planned to select the optimal nozzle, as well as to calculate the ideal foam volume once we completely characterize our foam’s properties, as well as its behavior on a controlled fire. The next figure shows the action mechanism of the proposed drone: 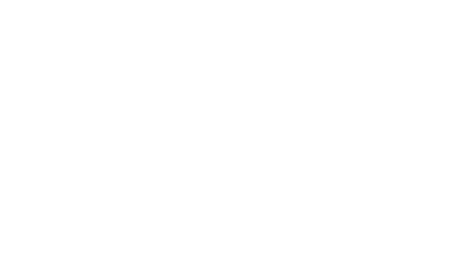