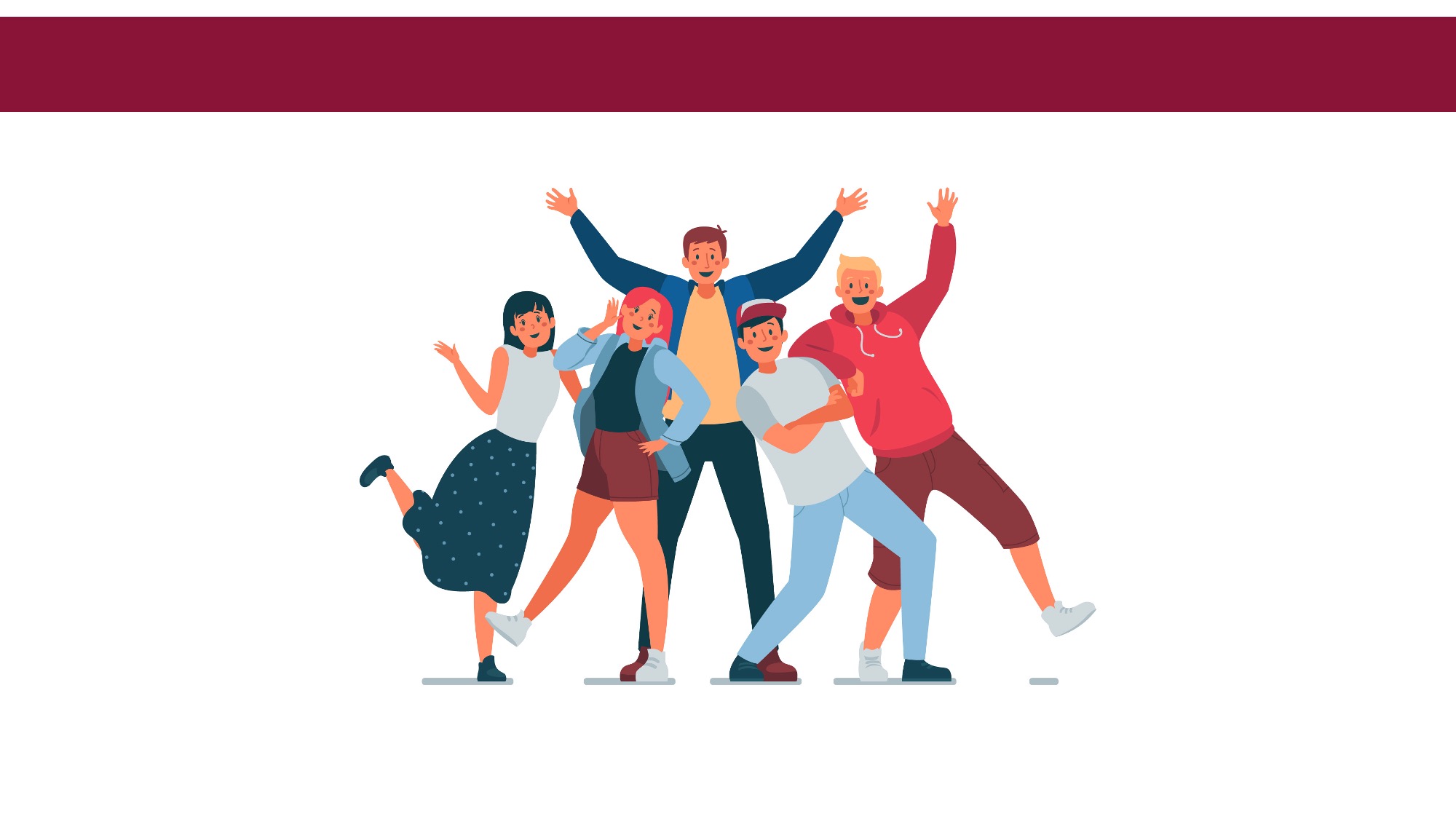 Cancer is the second leading cause of death in the world, claiming an estimated 10 million lives each year. Nearly one in six deaths worldwide is due to cancer1. Frequently, cancer is detected late, or a patient does not have access to diagnosis and treatment. The social and economic impact of cancer is significant and growing. The total annual costs of the disease are estimated to have been $1,160 billion in 20102. The onset of the disease has a strong impact on the social, educational or professional life of people who have or have had cancer, as well as on that of their families. Faced with the consequences of the disease on their economic resources, their studies or their work, people suffering from cancer may have a bigger toll than commonly imagined3. Therefore, it is crucial to mobilise the maximum number of people in research, education, medical and social sectors to minimise the detrimental impact of the disease on patients and their relatives’ daily life.

Human practices are one of the most important aspects in the iGEM competition, as it will affect all the components of our project. In order to carry out responsible innovation and create the best product, we still kept thinking about who our end users are, how we would develop our device, and how it would best fit patients needs.

Throughout the development of ExoSwitch, we have met with many experts and stakeholders from NGOs, academia and healthcare system to design a product that can benefit everyone in our society. Furthermore, we aimed to make a positive impact on patients’ lives even before our product is complete by facilitating education and research within and outside the immediate iGEM context. In this page we describe how we interacted with several actors and integrated their expertise into our project design.

Human Practices are not an easy concept to understand. Many people may feel lost when they start working on the human side of their project. We wanted to understand more about it, and collaborated with several teams participating in iGEM.

We ran a three-phase collaboration with teams Stony_Brook, ECUST_China and Istanbul_Tech, titled iGEMathon. iGEMathon offered the participants an opportunity to work on an eventful, proactive preplanned enterprise that focuses on the “broader picture” part of iGEM, the Human Practices. We developed the concept of an iGEM Journal LifeStory, which would serve as a useful contribution to future teams. It implements the core basis of Human Practices knowledge into one compendium that future teams can use as a scholarly reference for their general Human Practices work. You can have a detailed look about this collaboration here.

After many discussions in our team, we felt it was important to ask the general population for their opinion, and what they already knew about cancer. We created a survey, which had three goals: to assess the knowledge of the society before creating educational content; to inspire our social media communication addressing possible questions; and to assess the potential impact of our project on a part of the population.

All the data collected in this survey was anonymised. We carefully informed the survey participants that we will use their data to answer specific questions and to highlight some key points / surprising results we could discover. In compliance with the European General Data Protection Regulation4, we offered the participants an option to request modification and removal of their data using an associated tag, unlinked to the person’s identity.

We received a lot of responses to the survey, much more than initially expected. 139 people from 16 countries undertook the survey, mainly from France (82 people). We had respondents across all ages, men and women, with different backgrounds: 22 had no higher education, 43 had a bachelor's degree, 48 had a master's degree, 17 had a PhD, and 9 had another degree. 83 of them stated that they work or study in the health/life sciences sector.

The majority of the respondents used words such as “death”, “sickness”, treatments (“chemotherapy”) or organs affected by cancer (“lungs”, “breast”, …) as the first words to come to mind when thinking about cancer. Words such as “diagnosis” or “ignorance” came last.

These results highlight that regardless of the background and origin, people are familiar with the word "cancer" and have broadly heard about it. However, they also indicate that there are many aspects of the disease that are still misunderstood/unknown by the public. Society only sees the “tip of the iceberg”, without having a clear picture of what is going on underneath. This confirms that projects like ours must put efforts into bridging the gap between academic and public knowledge regarding cancer, whether it is through education or science communication.

This is what we did. We analysed these results, and adapted our communication and educational content. These results were the inspiration of all our education programs. The fact that young people, and especially teenagers answered the survey, convinced us that visiting schools and highschools was necessary to bring the knowledge to the youth and raise awareness from an early age. Our presentations at the Cité des Sciences et de l’Industrie and the game we designed were specifically targeting the gaps in knowledge about cancer and its risks demonstrated by people's responses to the questionnaire. Our communication on social media also depended mainly on these results. All the scientific mediation posts published on our social media accounts were the answer to the questions raised by the outcome of this survey. Instead of communicating about our project only to show what we did, we decided to communicate with people, so that they feel more and more involved with us.

Two members of our team met with Milena Dorce, science outreach and research officer, to discuss our project. She gave us advice regarding the potential use of our device and shared some communication tips to help the younger generations understand what cancer really is. This meeting was really insightful, and we are very happy to have met this association. The advice we received helped us build our science education approach, one of the main objectives of our team. We adapted our content to be the most understandable possible for all publics, whether they know about synthetic biology or not.

Together with the survey, this meeting was the main inspiration for our game targeting young generations. We understood that we cannot raise awareness if education doesn’t start at the youngest age. Playing serious games is very helpful in the education of kids, and this is exactly what we targeted when designing “Evite les cancers”. But games are not enough, and this meeting also inspired the content of our presentations in schools, to make the cancer cause and our vision the most accessible possible to younger generations. 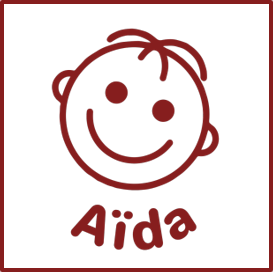 La Ligue contre le cance6 is the first French non-governmental organisation in the fight against cancer. Its mission is to prevent the disease and promote cancer screening, to support patients and their families, and to provide financial support for public research in all areas related to cancer. It is the leading French non-governmental organisation funding oncology research.

Three members of our team met with Iris Pauporté, research delegate, Antoine Halna du Fretay, communication manager, and Jerome Hinfray, scientific communication officer, on June 29th to discuss our project and our ideas for early cancer detection. We had a very interesting talk with them, and they explained to us how they worked with cancer patients and their families. They helped us a lot in our Human Practices work, especially for the approach we should have when interacting with the patients. They advised us to avoid surveying cancer patients directly, first for legal reasons, and secondly because it is a very complicated and sensitive topic.

We also received some advice on our scientific approach to diagnose cancer using synthetic biology. They advised us to focus more on the prognostic aspect in order to adapt the therapy and predict the aggressiveness. Instead of only detecting the presence of cancerous miRNAs, they advised us to also check whether certain miRNAs were overexpressed, which can indicate later on the aggressiveness of the cancer. By predicting this, it could help a lot in predicting the outcomes and choosing the right treatment protocol in the future.

They really enjoyed our project and our vision of fighting against cancer. A new axis of cancer research is to improve prognosis and develop ways to anticipate the evolution of the disease. This goal can be reached with ExoSwitch, because some miRNAs are known as prognosis biomarkers7. They offered us their help for scientific communication and also offered funding for ExoSwitch! 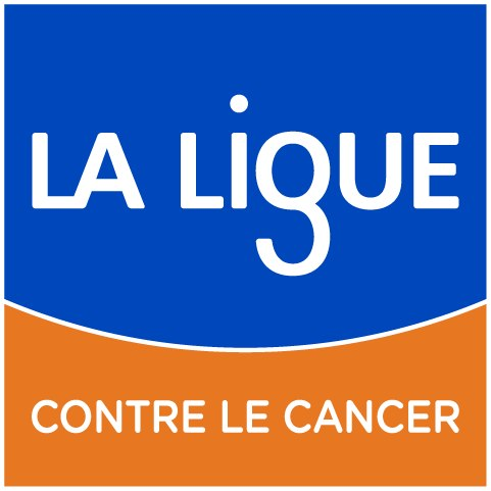 To get a better grasp of the science necessary for our project, we met with many researchers and professors from our university and other institutions. Specialists in biochemistry, physics, biology with various areas of expertise helped us build our project, especially in the lab. We met with:

At first, we wanted to focus on biofluids in general, but didn’t have a clear idea whether we should use blood, urine or another fluid. The experts advised us to focus on blood because of its ease of use and a higher concentration of cancer biomarkers. Moreover, it would be easier to collect and more comfortable for the patient. For our lab work, since the French regulations do not allow us, students, to work with blood in a lab, the researchers advised us to first express and detect the target miRNAs in cancer cells (already used in several labs in our university). Then, collecting a solution with the exosomes containing the miRNAs would be our sample for the detection.

Then, we thought about integrating our detection techniques into a microfluidic chip. Our microfluidics expert advised us to make the simplest design possible, with one long pathway, so it would be simple to use in real-life conditions. We thought about many designs, and came up with one solution, modified after integration of the expert’s comments and advice.

All of these meetings allowed us to better adapt our idea to the existing possibilities, and to make it as close as possible to something the patients would actually want to use. All of the advice, comments and suggestions of these researchers and experts were integrated into the design and the experiments to build ExoSwitch.

After hearing from researchers, we also needed to consult healthcare specialists, such as doctors and oncologists in particular. Since they are in contact with patients daily, they are best suited to tell us how our final idea should look like, how it should be designed and how it would be used.

An oncologist working at the Hôpital Européen Georges Pompidou (HEGP) in Paris kindly agreed to give us some advice. He shared his recommendations regarding the general design of a microfluidic device (which, fortunately for us, was similar to the design proposed by our microfluidics expert), and concerning the general use and distribution of the device in future. He also advised us to use blood rather than urine or other biological fluids, for the same reasons cited above.

Most importantly, he told us that our idea could really be a great leap forward in early cancer diagnosis, if it could be produced at a large scale and at a cheap price. Having this kind of opinion from an oncologist is primordial in our project. He told us that many of his patients already asked him if easier ways of detecting cancer existed, proving that our project is indeed useful for society, and that a device like ExoSwitch would be welcomed and used by patients.