Safety, being an integral part of any research project, helps in analyzing the feasibility of any work. It gives the researcher an insight into the probable ways their work could be harmful to humans or the environment as a whole.

For iGEM 2021, we focus on engineering recombinant chitinases with enhanced antifungal activity than its wild-type. Chitinases, being hydrolytic enzymes, if accidentally released into the environment, can cause potential harm to non-target organisms like insects.

To ensure the overall safety of the project as well as our fellow team members in these pandemic times, several measures have been taken and followed religiously. 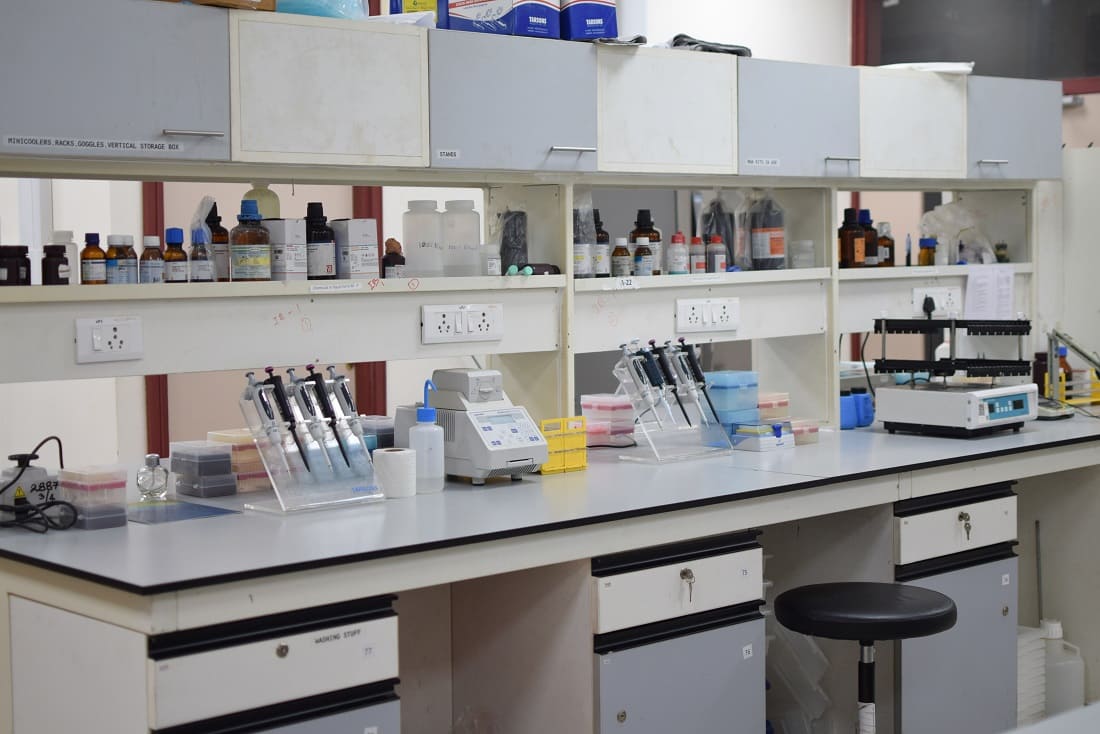 Fig: A snip of the lab

Several hazardous chemicals are being used by the team. To ensure safe handling and proper disposal of the chemicals, certain measures must be taken: 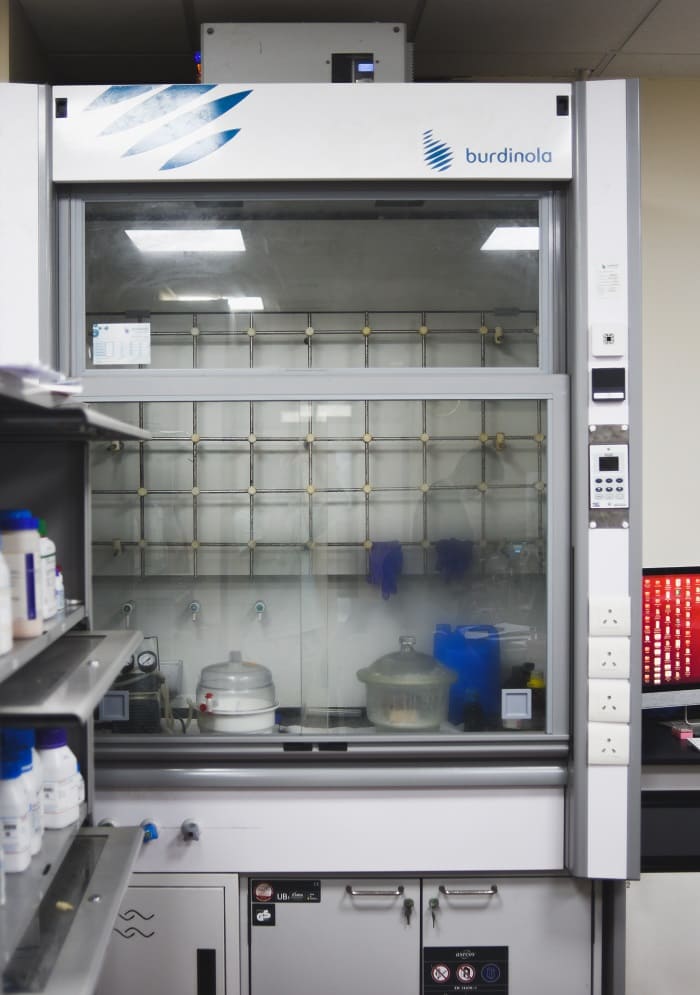 Chitinases are hydrolytic enzymes, capable of breaking down chitin polymers to produce monomers or oligo polymers of N-Glucosamine. Even though chitinases are not a potential hazard for human health, they can potentially harm non-target organisms in the environment such as insects or any other organism bearing chitin polymers on its exoskeleton. To ensure the safety of the environment from our protein of interest and to contain our samples to the lab settings only, certain measures have been taken such as:

Our project has been presented before the Institutional Biosafety Committee(IBSC) of IISER Thiruvananthapuram along with the safety measures taken. The minutes have been approved by the IBSC.

The team has conducted surveys and held webinars for better outreach of the project. Since this involves Humans Subject Research and reaching out to people, certain precautions are taken into consideration:

2021 still hasn’t seen the dawn of the covid-19 free world, yet being responsible citizens, we ought to follow certain guidelines to ensure that everyone in the team and the campus are safe.


Certain guidelines have been imposed by the institute to ensure this: