Fungal diseases have been on a rise with over 1 billion cases of fungal infections every year. Invasive fungal infections (IFIs) result in approximately 1.7 billion deaths per year making it one of the most vicious diseases in the current scenario.[1] During the Covid-19 pandemic, there was a rapid increase in the IFI cases worldwide, especially in our country, India. IFIs also carry a 60-90% mortality rate among all ICU patients. Although fungal infections have been on the rise, it wasn't until the wake of Covid-19 that this issue was brought to the limelight. Even before the pandemic, fungal infections had have been on a rise due to increasing usage of medical devices such as catheters or cardiac valves (formation of biofilms), immunosuppressants and organ transplants.There are currently five classes of antifungal drugs such as Azoles, Polyenes, Echinocandins etc. Most of these antifungal drugs target similar pathways involving ergosterol biosynthesis. Tackling these infections has proven difficult due to a limited repertoire of antifungal drugs, their costs, drug interactions, the routes of administration, and side effects like nephrotoxicity. Furthermore, the rampant use of these limited drugs raises the alarming possibility of developing drug-resistant fungal strains.


Aware of this issue, our team at IISER-TVM set out to develop a solution to alleviate the suffering of millions of people across the world. We embarked on a journey to understand the underlying principles of fungal infections and tried to address the root cause of the issue. Almost immediately, the stark inadequacy of existing antifungal drugs was glaringly apparent. Existing therapeutics not only foreshadow the emergence of drug-resistant fungal strains, as proven by many studies but may also have significant cytotoxic and nephrotoxic effects 8


Our efforts culminated in the development of "Moldemort," a novel antifungal agent, which we believe holds the potential to reduce the global burden of invasive fungal infections significantly.

Once we understood our problem, we conducted in-depth literature studies to formulate recombinant chitinases. We laid out the experimental plans planned out through intensive brainstorming sessions. To better understand and assess the problem, the team met various experts from diverse fields and significant stakeholders.


The expert interactions we conducted greatly influenced our experimental plan. Our parallel interaction with stakeholders gave us insights into the potential broader impact of our project and methods to address the gaps between what society wanted and what we had. Furthermore, we shifted the project’s initial goal of tackling fungal infestation on walls to develop a novel antifungal therapeutic solution solely based on our stakeholders’ inputs. Additionally, we added BC2-our fourth recombinant chitinase combo, to our initial list of three. This gene was purely designed against Rhizopus spp., which is the causative agent of Mucormycosis.


Further studies on this matter led us to realize that India has a relatively higher load of invasive fungal infections among the affected Asian population. The need for affordable and effective antifungal drugs with minimum side effects dramatically increased the relevance of our project, particularly in the Indian scenario.


Our human practices can be broadly divided into two categories, namely expert interactions and stakeholder interactions. 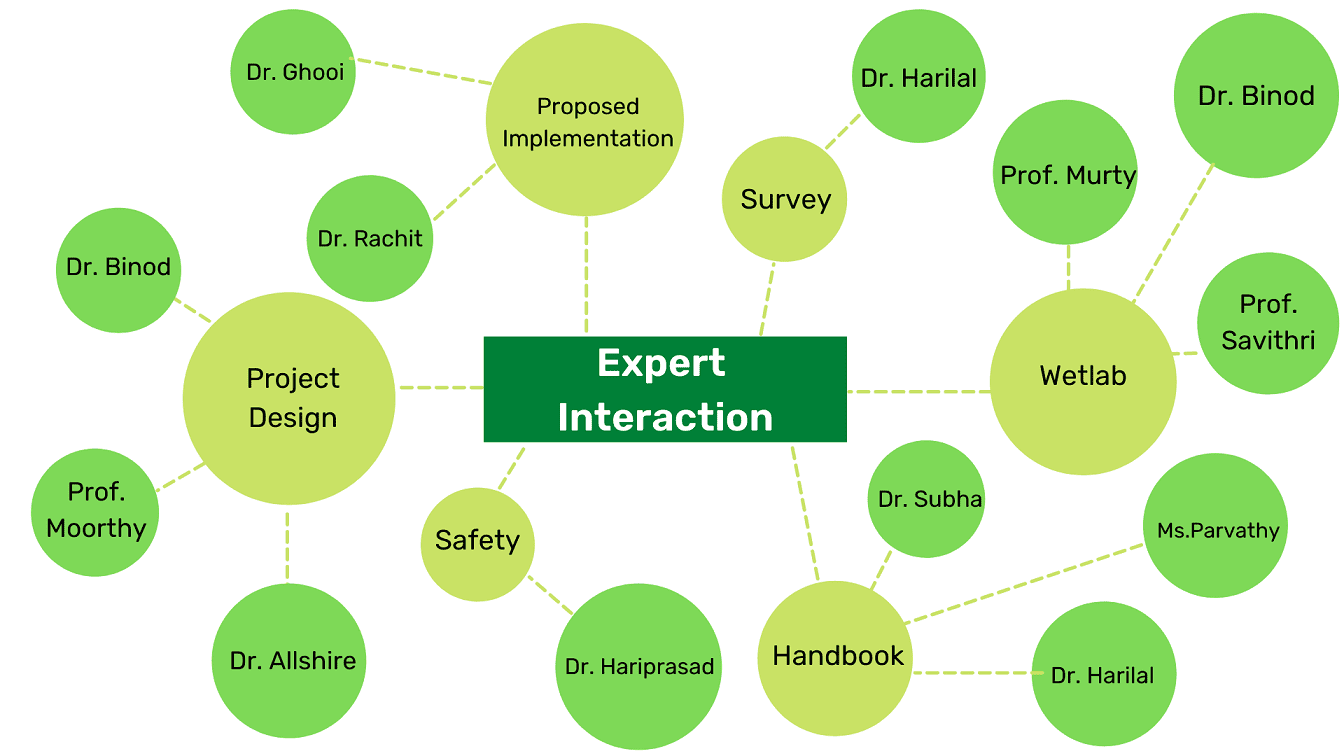 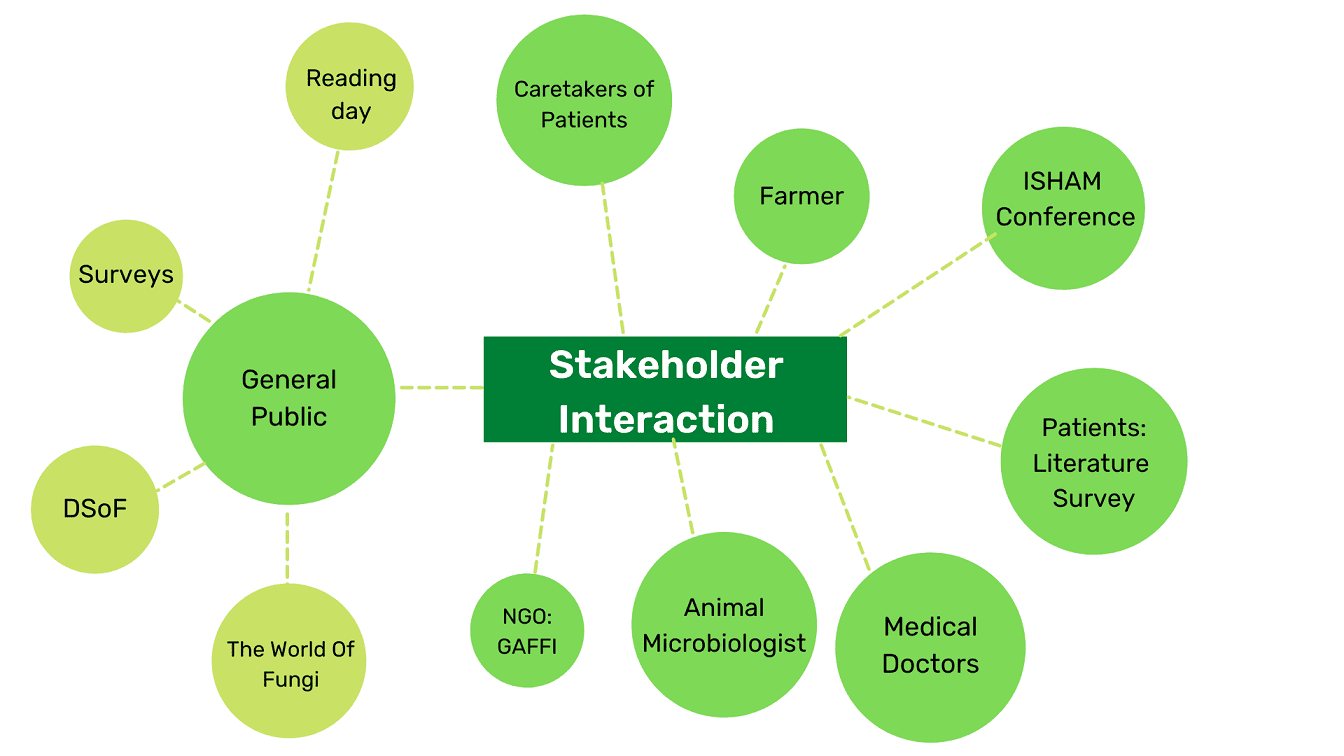 Legal Landscape of Biotechnology in India


'Legal Landscape of Biotechnology in India' is a compendium of Indian biotechnology laws and International protocols of which India is a signatory, along with gaps in them aimed at novice scientists/researchers in India. Furthermore, it can serve as a reference/guide for first-time iGEM teams of the country. This handbook is a collaborative effort of the iGEM IISER_TVM and IISER-Tirupati_India.


As a first-time iGEM team and the first from our state, we faced our fair share of obstacles and hurdles to commence our work. During those times, the Human Practices handbook by iGEM Stockholm 2017 served as a guide and provided a foundation on where we could work. Thinking on similar lines, the idea of our handbook arose.


Being students of science, most of our knowledge was restricted to STEM alone. As a result, the handbook initially aimed at simply compiling the existing synthetic biology laws in the country. Our instructor, Ankit Kumar Pradhan, proposed to bring a different perspective by looking for loopholes/gaps in the laws we identify. Keeping this in mind, along with the iGEM team of IISER Tirupati, we identified 14 relevant biotechnology laws of the country and classified them into four categories, namely:

Each category corresponds to each chapter which contains relevant laws related to the topic and briefly summarizes each of them. It is followed by the gaps/loopholes we identified for the laws. Furthermore, each chapter concludes with a few directions for future Indian iGEM teams.


During the making of the book, we understood that most of the laws in 'Biocontainment and Biowarfare' overlapped with those in the other three sections. Hence, we decided to omit the last section, but its components would be appropriately available in the other three sections. Moreover, the augmentation of relevant international protocols and treaties of which India is a signatory has also helped us in gaining a broader idea of the legal system of the country.


This handbook does not have any section particularly related to Intellectual Property Rights, Patenting Rules, Biowarfare etc. We have not deliberately obliterated those sections. iGEM teams in the future can work on making a second volume to the book.


The present state of the handbook would not have been possible without the help of several experts. The inputs from individuals in numerous fields helped in shaping the handbook.

Each advancement in the project was a result of in-depth literature studies and several interactions we had among ourselves, with experts and stakeholders. Human Practices are inevitable in any iGEM project because this is where the developers interact with society.


The various interactions we held helped us discover several sides to the problem we aimed to tackle. Human practices aided us in understanding the broader impact of our project and the potential adverse effects our project can have on society. This highlights the dual nature of the project,i.e., we significantly contribute to its development by possibly trying or making efforts to improve further and reduce the harm. Being from a scientific background, solely focussing on the subject matters was a usual routine for us. We were entirely new to the market regulations of our country. We understood the importance of data protection, privacy, and consent while conducting research.


We missed out on several stakeholders due to the time constraints and the Covid scenario in the country. Our project is still under development, and we hope to meet various experts and stakeholders we have not reached out to in the future phases.