Attribution Page
Engineering Success
engineering success: intercistronic expression elements
The engineering design cycle is a critical process in synthetic biology that our team utilized on multiple occasions. The initial problem that our team aimed to address was the integration and translation of multiple genes in C. reinhardtii. Our team was already working to integrate metallothionein (MT), arsenate reductase (ArsC), and ferritin (FtnA) individually into our plasmid and subsequently algae. Our goal was to integrate two or three sequences in our backbone plasmid pASapI, and have all of them expressed as separate proteins in the chloroplast of C. reinhardtii. In order to do so, we utilized Intercistronic expression elements (IEEs) [1]. Based on previous research by Dr. Macedo-Osorio et al, two functional IEEs were identified, called IEE2 and IEE5.


design
Our preliminary design included five different combinations of our three primary sequences:
These sequences were designed in Benchling in one part (Sequences 2 and 3) or in two parts (Sequences 1,4, and 5) and ordered from IDT.


build
In lab, we attempted to clone these parts into our plasmid backbone. Our experiment failed! There were not a significant amount of colonies on the experimental plates compared to the negative ones, indicating that our insert was not properly integrated into the backbone and transformation failed. We had more background noise on the negative control plates than in the positive control! 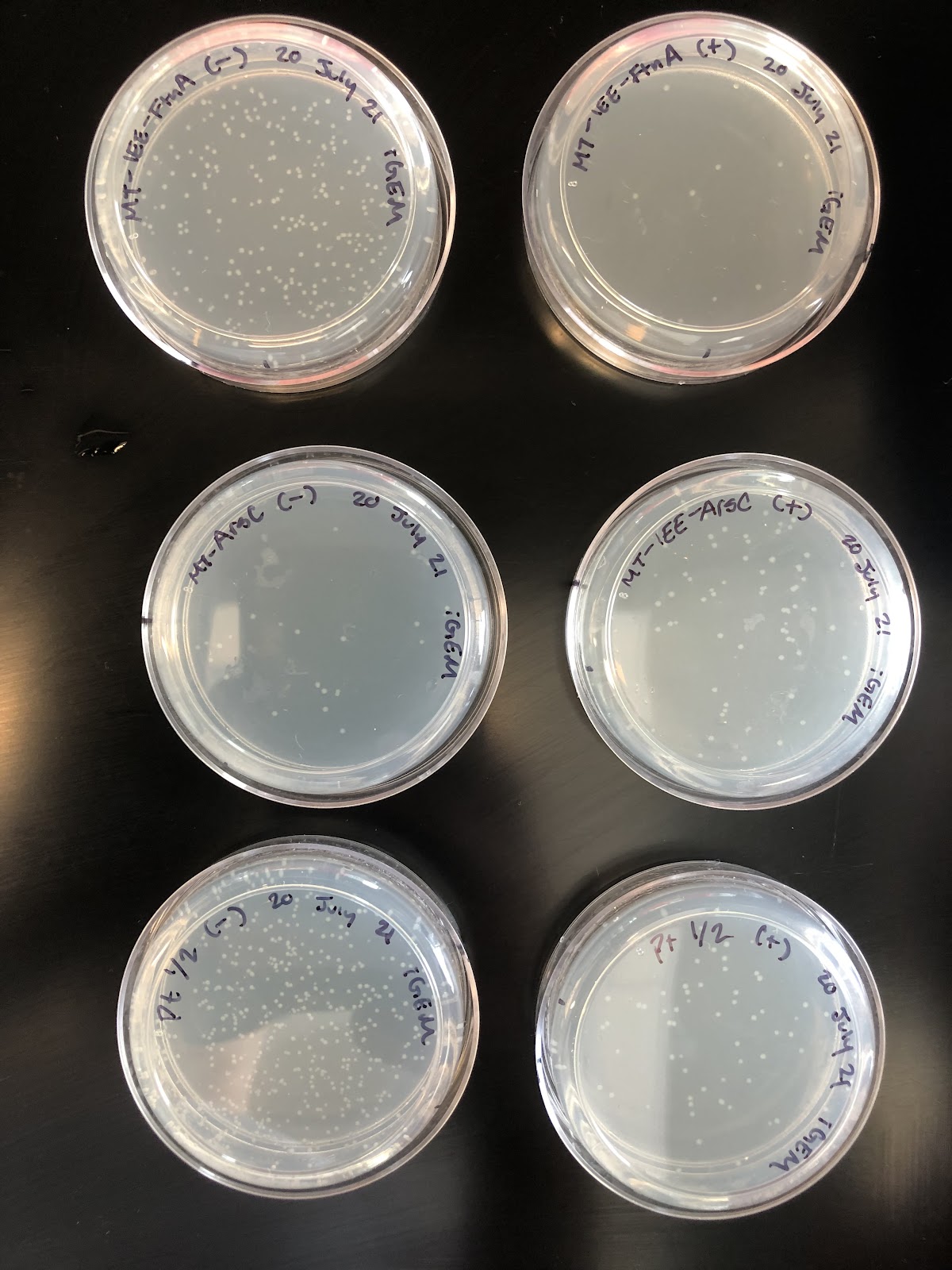 Image 1: Transformation + and - plates for Sequence 2,3, and 4. Unsuccessful transformation: not enough colonies.
test
In order to ensure that some of the transformed colonies did not in fact contain the sequence we attempted to insert, we performed colony PCR. As seen in image 2, our transformants were primarily unsuccessful. While there were two bands that indicate there may have been successful insertion, the overall transformation results were underwhelming and merited some further testing. We performed another colony PCR to ensure that the primers we designed would work on our plasmid. As seen in image 3, the primers worked to amplify an insertion that we were confident was correct: MT. However, our team was still investigating why these insertions would not incorporate into our plasmid and transform properly.

Image 2: Colony PCR gel run with some of the colonies from the + plates of sequences 2,3, and 4: No successful bands. Image 3: colony PCR gel run with the positive control, MT, and sequence 4: The bright band is positive MT control while the lack of other bands indicates no successful transformation.
learn
To answer this question, we returned to the literature and consulted our friends on team Marburg at one of the phototroph meetups. Our research revealed that IEE2 comes from the junction between psbN-psbH in the chloroplast genome of C.reinhardtii. Since our plasmid backbone includes the rescue gene psbH and the upstream/downstream flanking elements adjacent to the gene, the IEE2 sequence was present in our backbone! This could result in recombination with the backbone in undesired and unusual patterns, resulting in an incomplete plasmid and could be responsible for our failure to transform the plasmid properly! This theory was further discussed at the Phototroph meetup on July 24th, when our team member, Emma, spoke with Rene from the Marburg team about preparing plasmids for C. reinhardtii. They mentioned they had experienced issues with IEE2 before as well, and we came to the conclusion that IEE5 might be more successful in our construct. However, we also consulted one of our academic advisors at ASU, Dr. Bartelle, and he mentioned that using IEE5 twice in sequences 4 and 5 would be more detrimental to the cloning process, and thus we settled on the new designs listed below.


design (again)
We re-designed our sequences with IEE5 instead of IEE2:

Sequences 4.a and 5.a utilizes both IEE2 and IEE5 because it would be more detrimental to the cloning process to have two identical sequences within ~ 500 bp of each other than to use IEE2. Our team was unable to utilize a different IEE besides IEE2 or IEE5 because previous work did not indicate that other IEEs would work [1]. These sequences were designed in Benchling in one part (sequences 1.a, 2.a, and 3.a) and in two parts (4.a and 5.a) and ordered from IDT.


build (again)
With our new constructs, we attempted once more to integrate our inserts into the pASapI backbone via golden gate and golden braid assembly. In two different iterations, we were successful in producing Sequences 1.a, 2.a, and 3.a. However, we were not successful in transforming sequences 4.a or 5.a. Based on our discussions with the Marburg team, we determined that this failure was most likely due to the presence of IEE2 in the sequence, and would not allow us to clone this construct that this time.

Image 4: R to L Shows the Negative control plate and the positive control of successful transformation of sequences 1.a and 2.a. 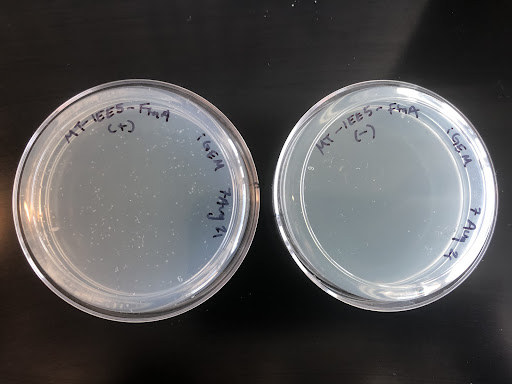 Image 5: Shows the negative and positive control plates for the successful transformation of sequence 3.a 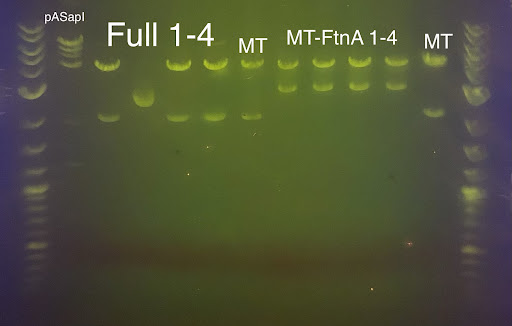 Image 6: Shows a gel with the correct size bands for sequence 3.a (MF).


design
Model designs were compared between source files pertaining to the filtration of small particles utilizing centrifugal force and densities. These concepts led to the rough sketches with hydrocyclones as a basis of construction. This enabled a simple centrifugal distribution system where heavier Chlamy cells will be effectively isolated and separated from the filtered water. To accomplish this, we needed to address multiple points: 1) In-flow and out-flow of water 2) a method of effectively introducing metabolically active Chlamy for treatment 3) containment/drainage of pelleted Chlamy and arsenic contaminated water. We found this was attainable with a simple hydrocyclone concept including a horizontal input pipe followed by a downwards conical rotation and centrifugation with one waste outlet at the bottom of the chamber and a post-filtration vertical outflow shaft. A one-step filter is observed in this design, with no additional steps besides the initial growth of Chlamy and pre-treatment of the contaminated water.

build
Computer Aided Design (or CAD) was the primary method of generating extruded models of the sketched filter designs. Files are currently in the process of printing for the eventual completion of a vinyl 3D model. Theoretical constructions would include additional plastic tubing and clamps connected to an electric pump in order to simulate the extraction of water from a reservoir. For further testing, a separate loading chamber will allow us to grow and introduce Chlamy cells for arsenic uptake simulations and additional size separation tests. A final outflow chamber will act as a model collection chamber for the removed Chlamy cells. This construction benefits from the versatility and customizability; 3D printing and testing small-scale models enables accurate evaluation and simple re-designs.

test
The vision behind the filtration system was that we wanted to have a model that we would implement in the rural communities and contaminated water reservoirs. Since we don’t have the measures to actually test this model, we made theoretical measures of the approximate conditions that we would want the filter to replicate. We wanted to use this model in rural or industrial areas in which filtering arsenic in a robust but efficient and cost effective way would be prioritized especially in communities that would lack the resources to constantly update the filter. Testing will involve establishing the inflow, drainage and outflow systems, with a pretreatment of live Chlamy. After accounting for the appropriate water pressure required to maintain a steady flow rate for proper Chlamy arsenic uptake, our growing Chlamy culture can be safely introduced. In order to effectively uptake environmental arsenic, it was found from prior testing that Chlamy cell density should be approximately 1.0*10^6 cells per 1 ml. This concentration, calculated from a hemocytometer, estimates the growth rate of Chlamy in the liquid culture to be in the middle-to-late growth phase and should confirm that the Chlamy cells are actively dividing and metabolizing. WIth the production of recombinant proteins in this step, arsenic contaminated water can be introduced into the media, and we will observe a reduction in environmental arsenic. The Chlamy water mixture will then be sent through the inflow and separated out according to flow rate and density. Lastly, the wastewater will be removed and stored, while the outflow filtrate will be examined with a hemocytometer to confirm removal of Chlamy and confirm the size-separation effects of the hydrocyclone model filter.

learn
After the initial stages of our design and theoretical measures, the next stages would be to improve this model and implement a prototype model into the community. Based on sketches, constructs and testing, we can evaluate the effectiveness of centrifugal forces on the removal of Chlamy contaminants from treated water. This prototype will provide a basis for the dynamic review, re-design, construction and testing in order to generate a final model filter. Further, we plan to take steps to ensure this design is easily reproduced and implemented in communities and contaminated reservoir sites. While this may require more evaluation of materials for the final filter, we plan to make this system easily accessible, and ecologically safe so as to not risk the leakage or contamination of the environment. While Chlamy is relatively unstable in sub-optimal conditions, the risk of potential contamination must be considered and evaluated properly. To this end, we plan on running multiple experiments and trials to confirm reusability to finalize a low-risk filter system.
Citations: